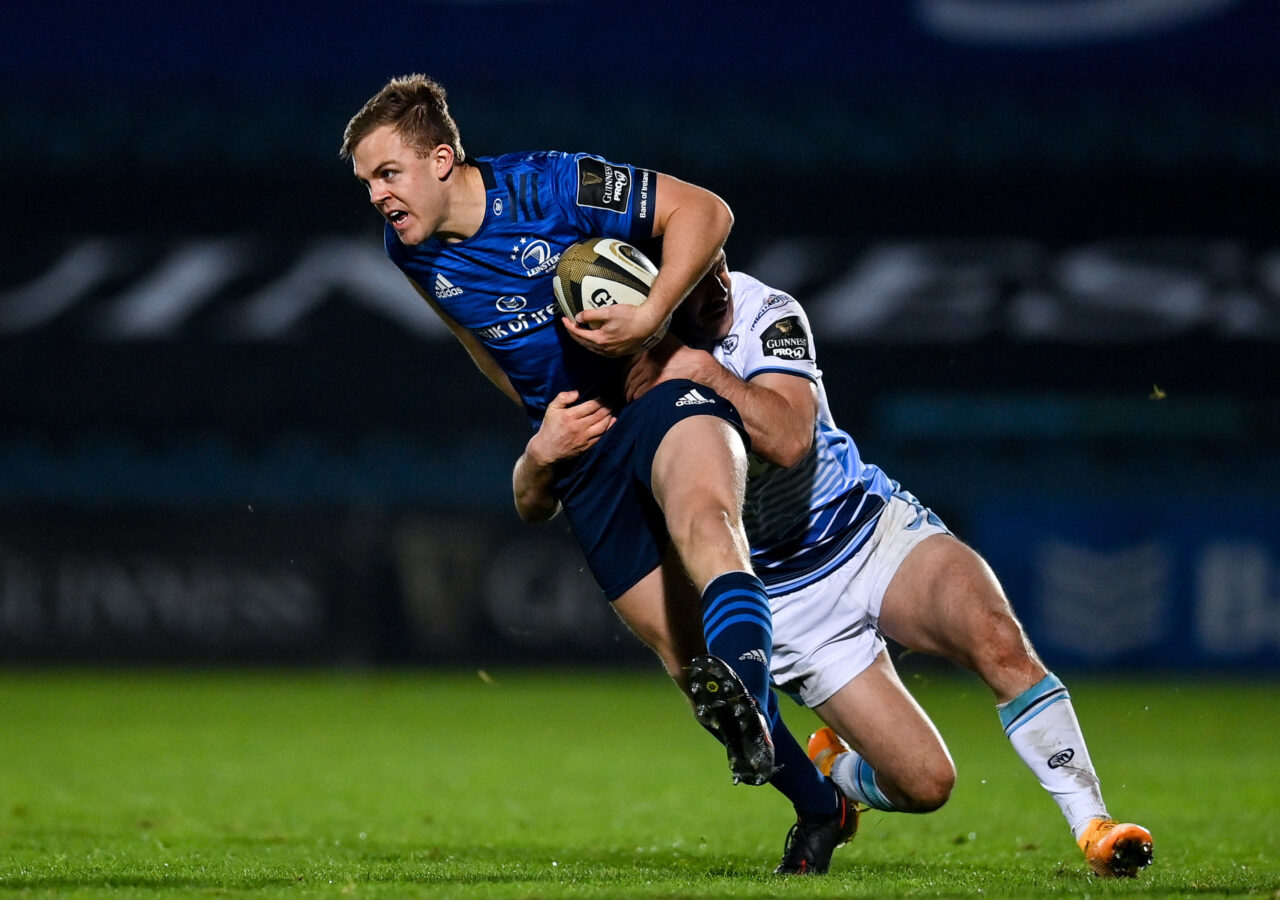 Cardiff Blues were immediately put on the backfoot by Jimmy O’Brien’s counter from a Jason Tovey kick.

The home side worked an overlap on the left, Ciaran Frawley making the dent and Dave Kearney appearing on cue for a sweet opening try from their first attack.

One attacking movement drawing a penalty when Harry Byrne made a half-break and Rhys Ruddock cracked the gain line for Byrne to arrow his kick deep into the 22.

The lineout was smooth out of the hands of James Tracy and into those of Josh Murphy. Dan Leavy burst forward and Peter Dooley added metres before Leinster went off their feet close to the line.

A solid Cardiff scrum was followed by Josh Turnbull’s drive into space, soon added to by Tovey’s sky-high kick and Tomos Williams’ blockdown of Byrne.

Even then, Jimmy O’Brien picked up the pieces and Ruddock powered through tackles until the ball went to the floor and Williams hacked the ball into the corner.

Leinster were pinpoint in moving out of trouble, Ryan Baird taking Tracy’s dart, Luke McGrath feeding Ruddock with a long pass for O’Brien to clear left-footed.

When Tracy somehow stole a lineout, the ball was whipped right for successive offloads from O’Brien and Liam Turner to send Cian Kelleher away, the wing beating three defenders before just failing to connect with Ciaran Frawley in the shadow of the posts for another let-off.

They weren’t so generous on their next venture forward, that man O’Brien sprinting up the left, chipping over Matthew Morgan and taking the ball out of the hands of Tovey for the second try.

This was followed by Cardiff’s best piece of play, their pack winning a lineout and the ball transferred with precision across the three-quarters for Morgan to put Aled Summerhill outside O’Brien for a fine try.

The open nature of the game continued as Byrne angled a kick pass to Kearney on the left, the wing bumping off Owen Lane and finding McGrath on his shoulder.

However, Liam Turner and O’Brien were forced into spills by hefty hits to challenge Leinster to go from deep again. Their energy was met with improved Cardiff defence, Ryan Baird driven back by a two-man tackle and Byrne nursing a ball into the 22.

Cardiff’s set-piece was up to the task and they were growing into the game, Ben Thomas arcing on an outside break only for Garyn Smith to fumble the pass.

Michael Bent was the engine in a Leinster scrum that squeezed a penalty to spark a dangerous attack, snuffed out by number eight Turnbull’s work at the breakdown.

Cardiff centre Thomas was beginning to have a real influence and Turner had to shoot out of the line to turn Smith back inside.

It was turning into quite a spectacle, Rhys Ruddock flinging passes left and right, Baird getting involved for multiple touches and O’Brien again on the move to force a penalty which Byrne could not convert in the 35th minute.

Leinster’s eagerness for tempo saw hooker Ethan Lewis latching onto a loose ball to get into a foot race with Tracy.

It required Cian Kelleher to come to the rescue. When Frawley didn’t find touch with his kick, Leavy and Murphy snatched the ball back and Williams gave away a penalty when reaching out for Byrne’s flat pass.

The willingness of both teams to play what was in front of them was commendable and O’Brien’s left-foot took play inside the 22 where Lane gave up an attacking lineout.

Tracy went to Ruddock out of touch and got around in support to benefit from a surging maul to make his way to the line for 19-5 at the interval.

Michael Silvester was summoned from the bench for Jimmy O’Brien at half-time. The muscle of Ruddock, Baird and Murphy was good enough to give Byrne the time to sneak a testing kick which Morgan took.

Ruddock’s long passing was a refreshing feature and Silvester’s first touch was a fine one, linking with McGrath.

But, there was a sense of Cardiff’s lift in confidence when Summerhill ate up the ground and Williams, closed down by Baird, could not find Smith with a try there for the taking.

A sustained bout of Leinster handling eventually forced a penalty. Tracy found Baird in the air. Silvester went close. So too did the hooker.

They were held up over the line twice and Rhys Ruddock was penalised for a double movement in grounding the ball.

The Welsh were moving with menace when one ball went awry and Byrne tumbled a kick into the 22 where Baird stole the throw.

Quick ball led to quick gains and flanker Penny drove under Murphy and Thomas for the bonus-point try, converted by Byrne for 26-5 in the 68th minute.

This seemed to make all the difference. Leinster were soon back to fifth gear with impact from the bench provided by Rowan Osborne, Thomas Clarkson and Michael Milne ahead of Penny placing his second try in three minutes, Byrne slotting the extras.

The forwards and backs were on a roll now and Byrne found the time to tickle a kick through for Silvester to notch his first try on his second appearance for yet another seven points. 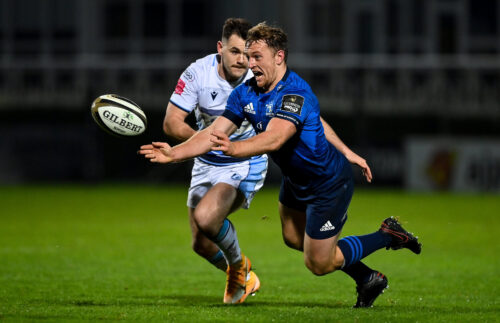 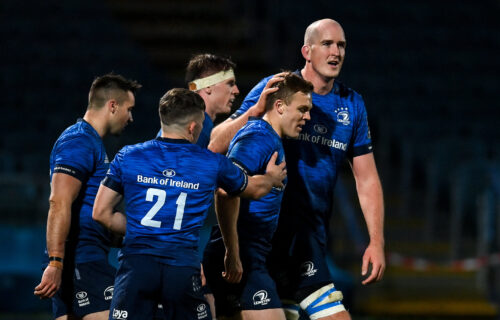 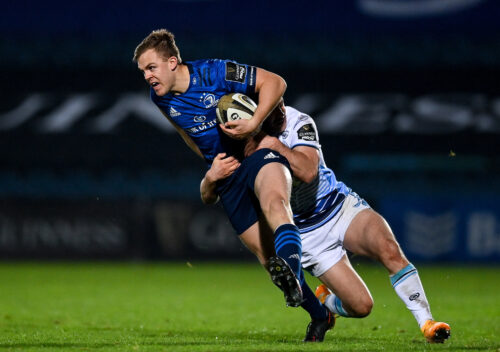 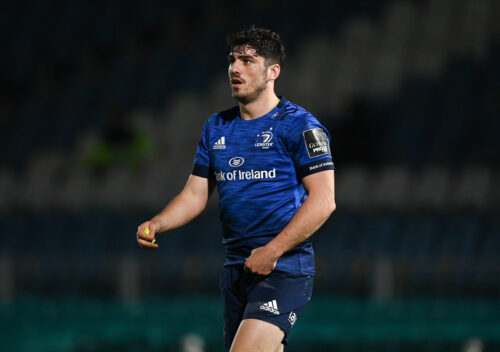 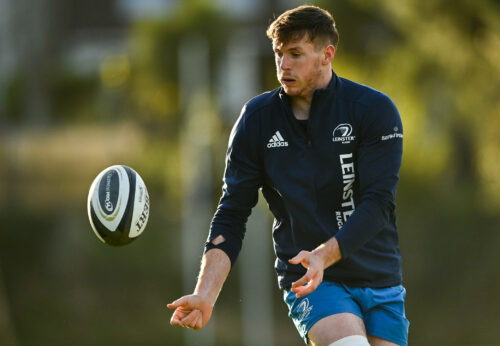 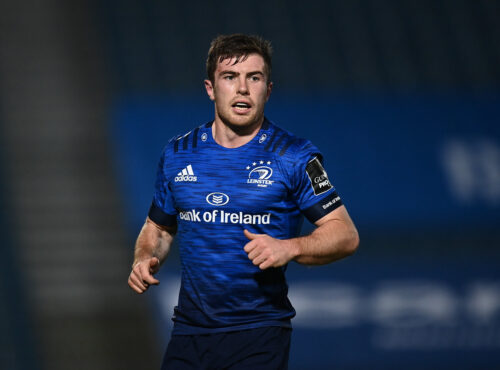 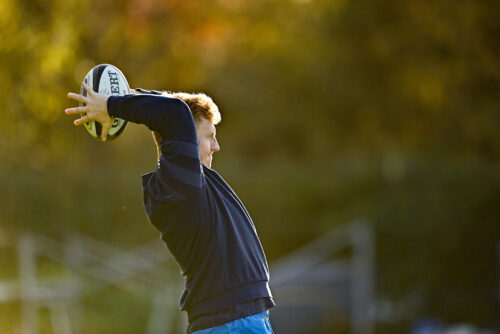 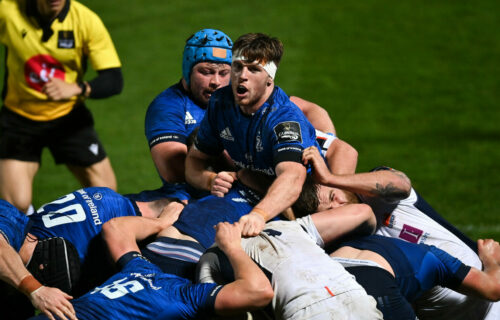