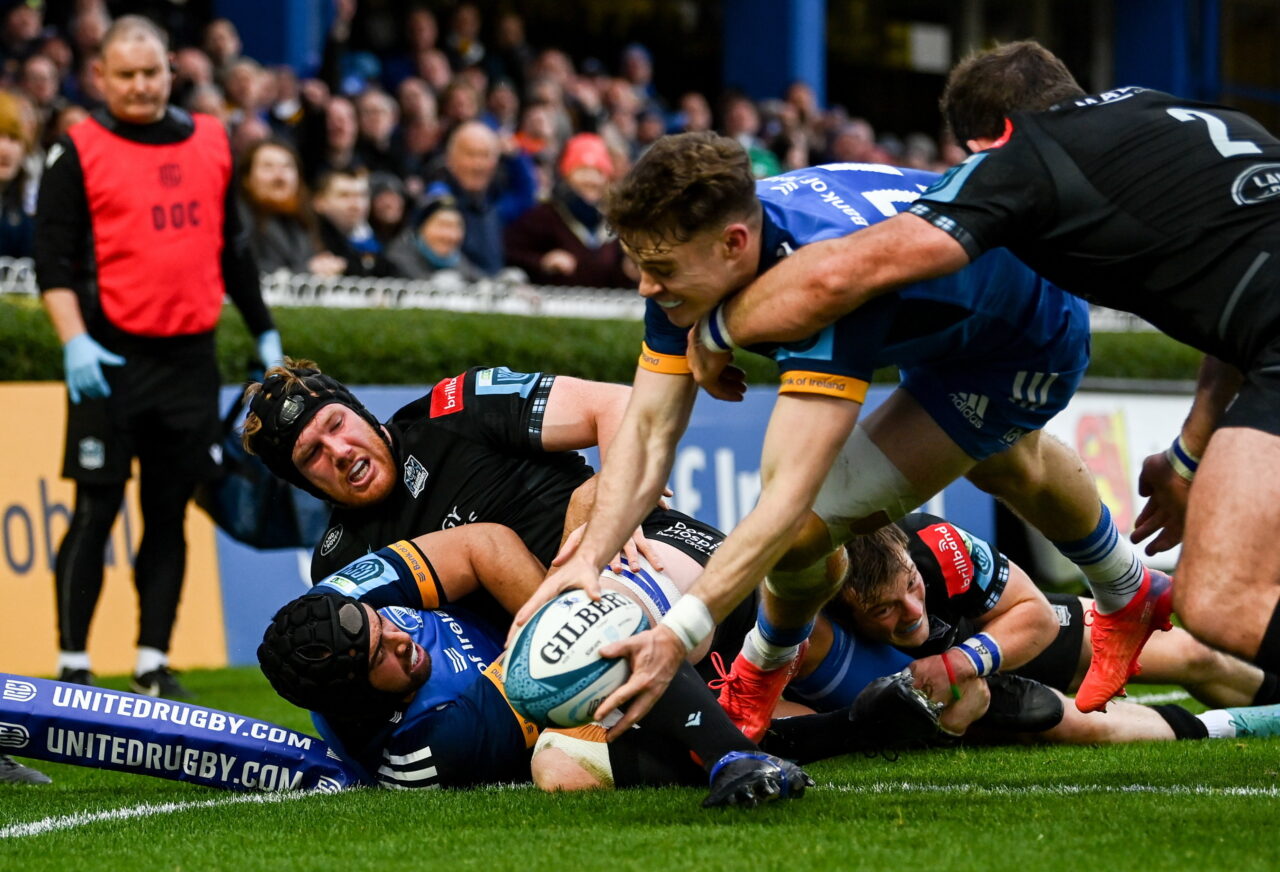 Leinster made it eight straight wins with six tries to maintain control at the head of the table in the BKT United Rugby Championship at The RDS on Saturday afternoon.

Rob Russell pounced for a hat-trick alongside tries by Dave Kearney, Michael Milne and John McKee to guarantee the maximum return of five points.

Glasgow came to play their way to a fourth win in the League with a heavy set of forwards to set the platform for their tendency to use the ball.

A dominant Charlie Ngatai tackle forced a scrum for Leinster, Luke McGrath accelerating the tempo by using a tap penalty.

The maul sucked in defenders and McGrath moved it left for Jamie Osborne to whip a long pass for wing Kearney to take the ball on the bounce for the opening try, converted by Byrne in the ninth minute. 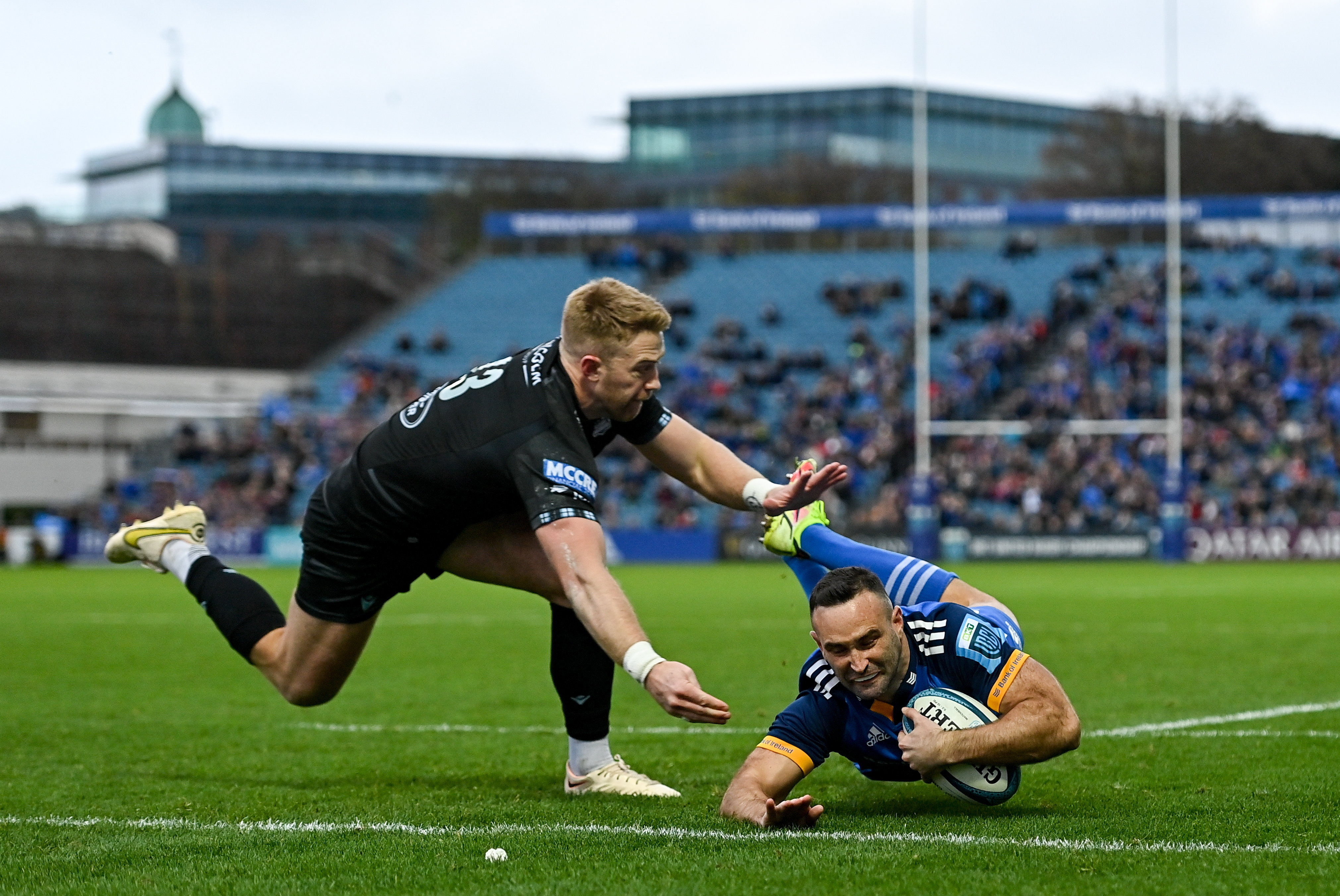 Sure-handed work on the floor by Joe McCarthy secured another opportunity for the lineout to go to work.

Rhys Ruddock’s burst off the back was the momentum used to put Ngatai in business in the right corner.

It took a miracle ball off the floor from Ngatai to allow Russell to ground the try, Byrne nailing the conversion for 14-0 in the 13th minute.

Leinster were making just as much impact in defence where Ngatai and Liam Turner marshalled the midfield, forcing Glasgow to go lateral without penetrating.

The quick tap-and-go by George Horne was the Scots’ best option to get in behind, Kyle Steyn and Sebastian Cancelliere threatening down the right.

Another maul made ground for McGrath to exploit the blindside with a side-door delivery for Russell to pick up his second try and Byrne his third conversion in the 24th minute.

Ngatai timed a pass to perfection for Turner to shoot through a gap at speed, the centre unable to connect with Osborne.

Two quick scrum penalties gave Glasgow the territory they so badly wanted, Kearney coming in off the wing to nail Josh McKay.

Leinster completely turned the tables at the scrum to mine a penalty which was countered by a quick lineout, leading to one final Glasgow attack that fizzled out on half-time. 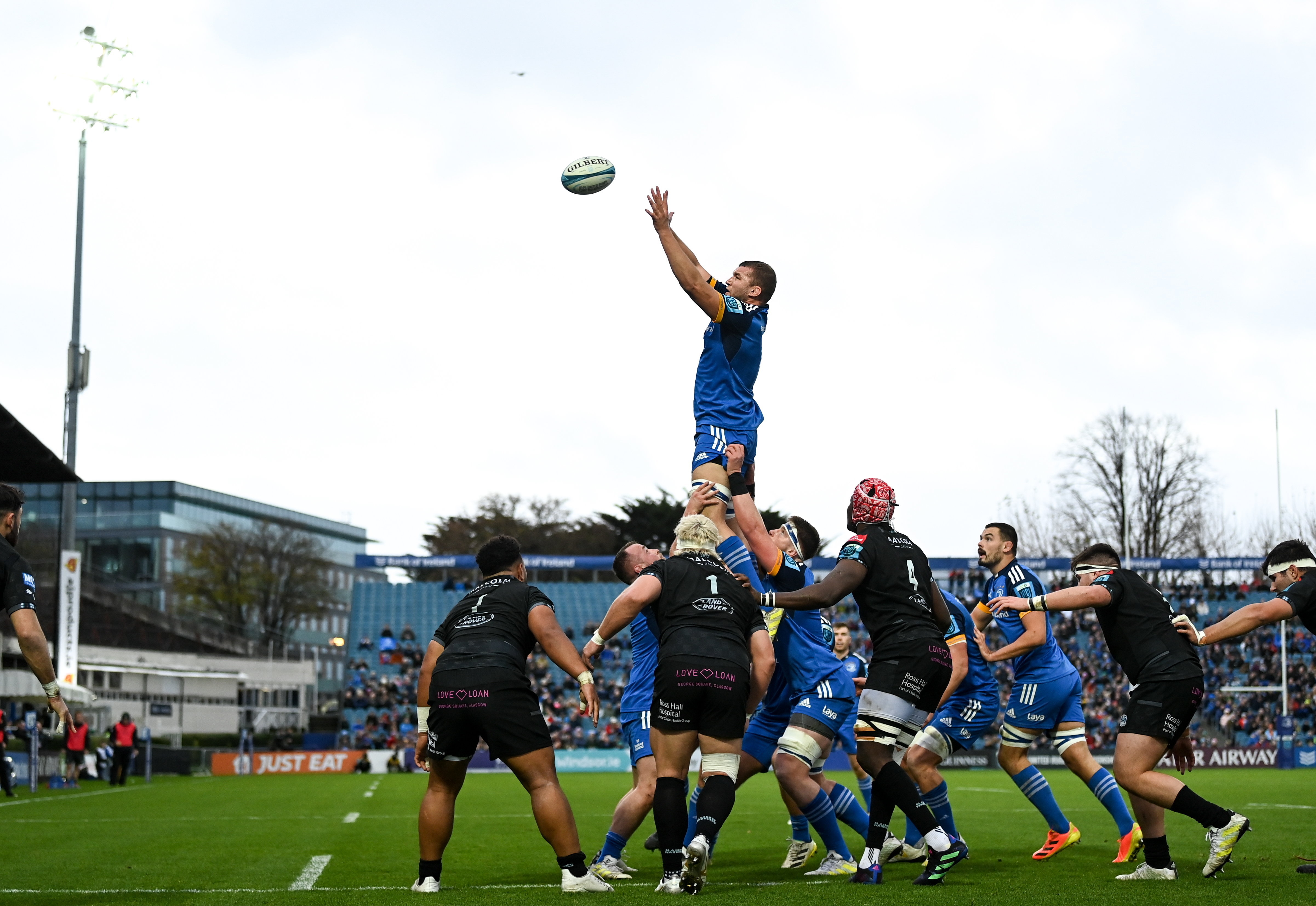 Harry Byrne was introduced for the first time this season ahead of superb run-and-gun rugby from Glasgow props Ollie Kebble and Murphy Walker.

Referee Marius Van had had enough of Leinster indiscipline. Hooker Kelleher was binned for trying to kill the ball.

It looked like the visitors’ forwards had engineered a try from a maul by Gregor Brown only for it to be ruled out for forming a ‘flying wedge.’

Alex Samuel’s clever show-and-go created the go-forward, Glasgow going through the gears for wing Cancelliere to punch in a tremendous try for 21-5 in the 50th minute.

It could have been even better when Cancelliere cut through from loose play, Osborne making a telling tackle. 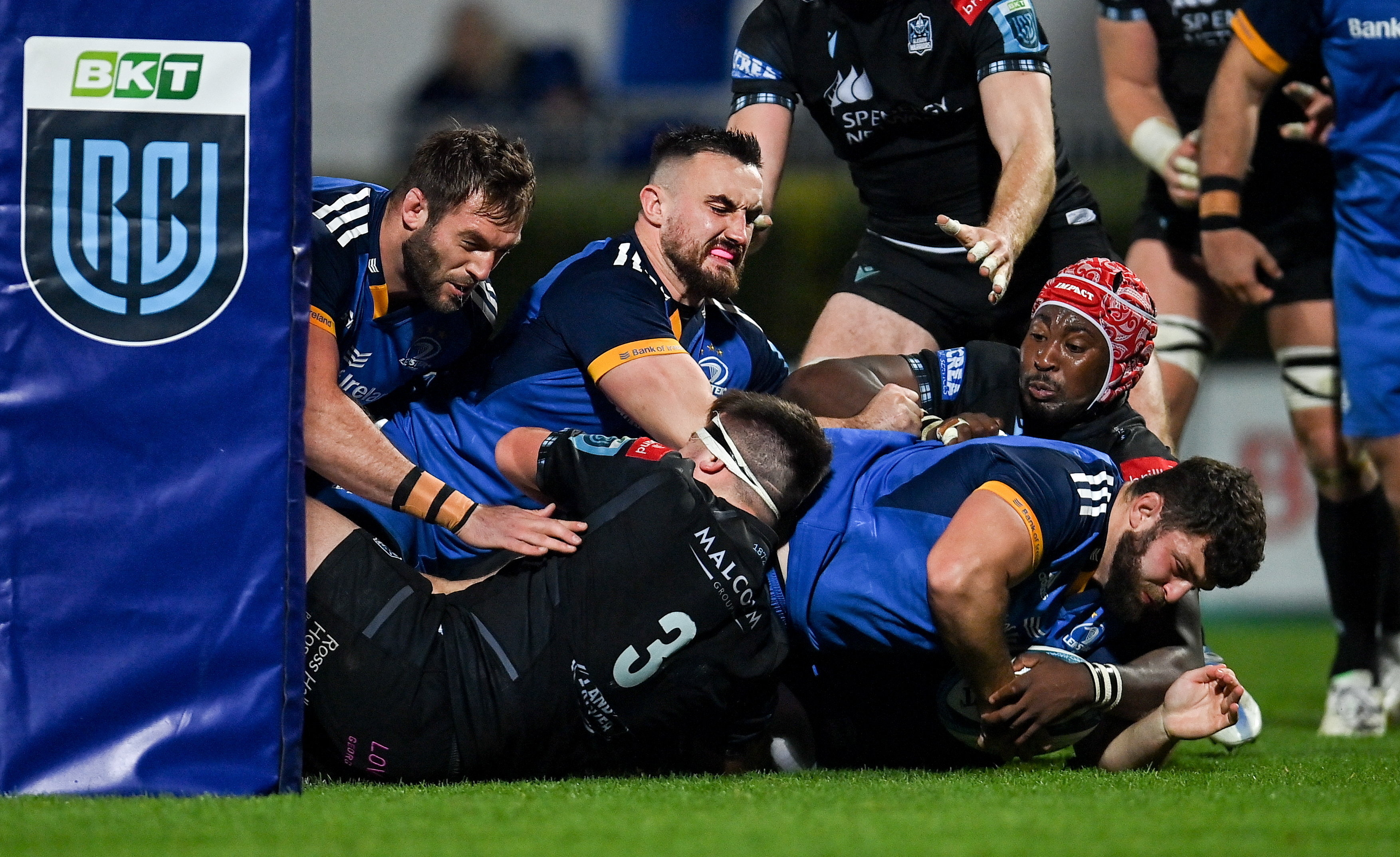 The boys in Blue moved steadily upfield for Max Deegan to drive the ball up and replacement Milne to drive it over for the bonus-point fourth, converted by Byrne in the 55th minute.

The problem for Glasgow is that their set-piece failed them just when they established field position.

Leinster soaked up prolonged pressure fairly comfortably before fancy footwork from Chris Cosgrave paved the way for Russell’s third in the 73rd minute.

Soft hands from Cosgrave and Ryan Baird sparked a counter in which Russell chased his own kick, Osborne flighting a kick for John McKee to grab the final score for Harry Byrne to convert. 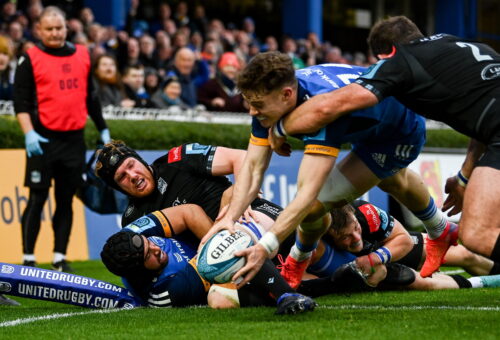 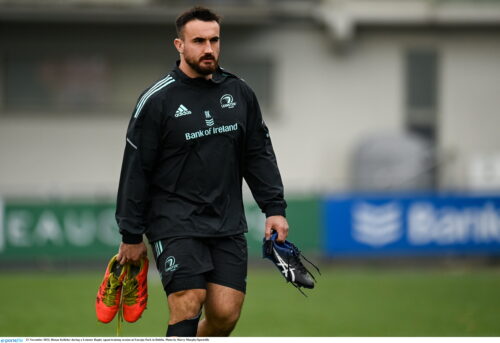