Man of the Match Dan Sheehan picked up four of Leinster’s six tries against Benetton in the United Rugby Championship at The RDS on a Friday.

It came on the night when Cian Healy made his 250th appearance for the province, proof positive of his longevity as a legend of Leinster.

Leo Cullen had to adjust to the late loss of James Ryan, the ever-reliable Ross Molony stepping up to partner Jason Jenkins in the second row.

It didn’t take long for both sides to show their hands, Benetton taking the ball up physically and Leinster trying to turn their guests with a variety of kicks and carries.

The fizzing feet of Jordan Lamour and an intuitive angled kick by Robbie Henshaw put Caelan Doris on the ball. But, Mattia Bellini’s off-the-ball interference on David Kearney drew a penalty and a yellow card.

Leinster weren’t tempted to spread the attack, opting for the 5-metre lineout and Sheehan was in the van of a maul for the opening try, converted by Ciaran Frawley in the eighth minute.

The combination of Will Connors, just on for Doris, and Josh van der Flier caused a ruck turnover and counter-attack by Garry Ringrose.

The lineout delivered again, through Molony, and the carries came quickly, that man Sheehan powering over for his second try and Frawley slotted the extras for 14-0 in the 19th minute. 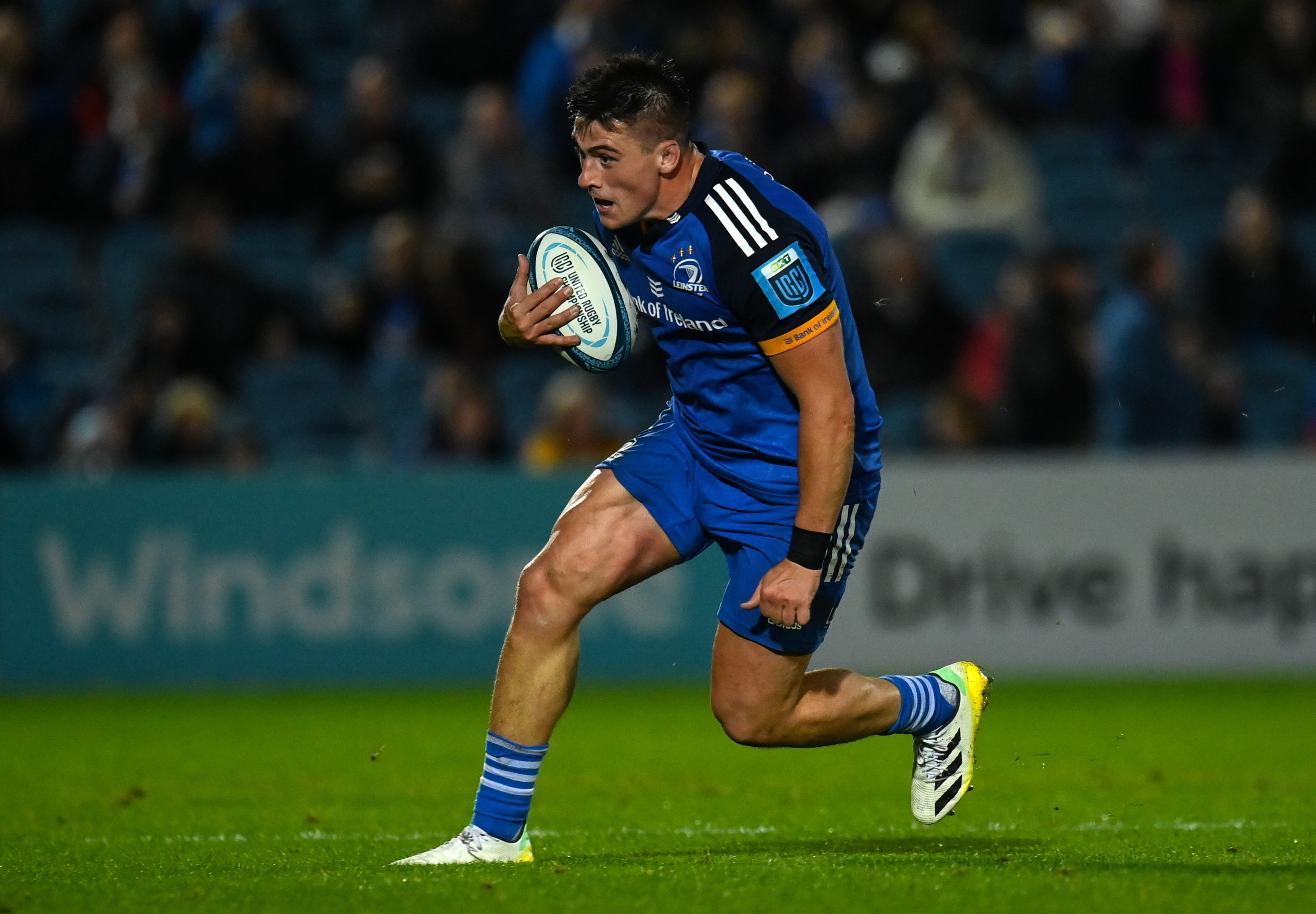 The front row was over-exuberant in how they drove Benetton backwards, incurring a penalty which Giacomo Da Re posted with ease.

A smooth movement off the set-piece, led by Frawley’s passing and running, was added to by back-to-back lineouts which were eventually stalled by Henry Time-Stowers’s work at the maul.

Yet again, Leinster stayed on point to motor another maul from Molony’s grab for Sheehan to claim his hat-trick, Frawley’s conversion taking it up to 21-3 on the half hour.

Ryan Baird’s strength in holding players up in contact was having an impact to match that of Will Connors making hits in the backfield.

A burst by Larmour and a front-door pass by Molony enabled van der Flier to shoot forward where Jenkins kept the attack ticking over.

Sheehan was popping up everywhere, controlling a bouncing ball to maintain Leinster’s grip on the game.

Henshaw and Michael Ala’alatoa set the tone for a quick series of carries that Benetton just about survived on half-time.

The methodical nature of the approach play made for short, consistent gains, Sheehan spilling the ball in a rare mistake.

Henshaw was growing into his role to break the line and the ball was shifted right by Ross Byrne for Larmour to send van der Flier in at the left corner for the bonus point, Byrne nailing the conversion in the 48th minute.

Garry Ringrose’s quick thinking to rescue a loose ball and sprint through the middle was the basis for Leinster to roll forward.

It culminated in Sheehan’s fourth try from another maul, Byrne adding the extras as the hooker was called ashore to rapturous applause in the 55th minute.

A slip in concentration allowed the Italians to build their phases well enough for Onisi Ratave to spot a gap and put replacement Manfredi Albanese in on the left, out-half Da Re landing the conversion in the 58th minute.

Jimmy O’Brien’s electric surge and Ringrose’s link play looked to have created another try only for Luke McGrath to slide into touch.

Charlie Ngatai, Cormac Foley and Joe McCarthy were all on the same page in sparking an attack which eventually accrued a smartly taken try by McGrath for Byrne to add the conversion.