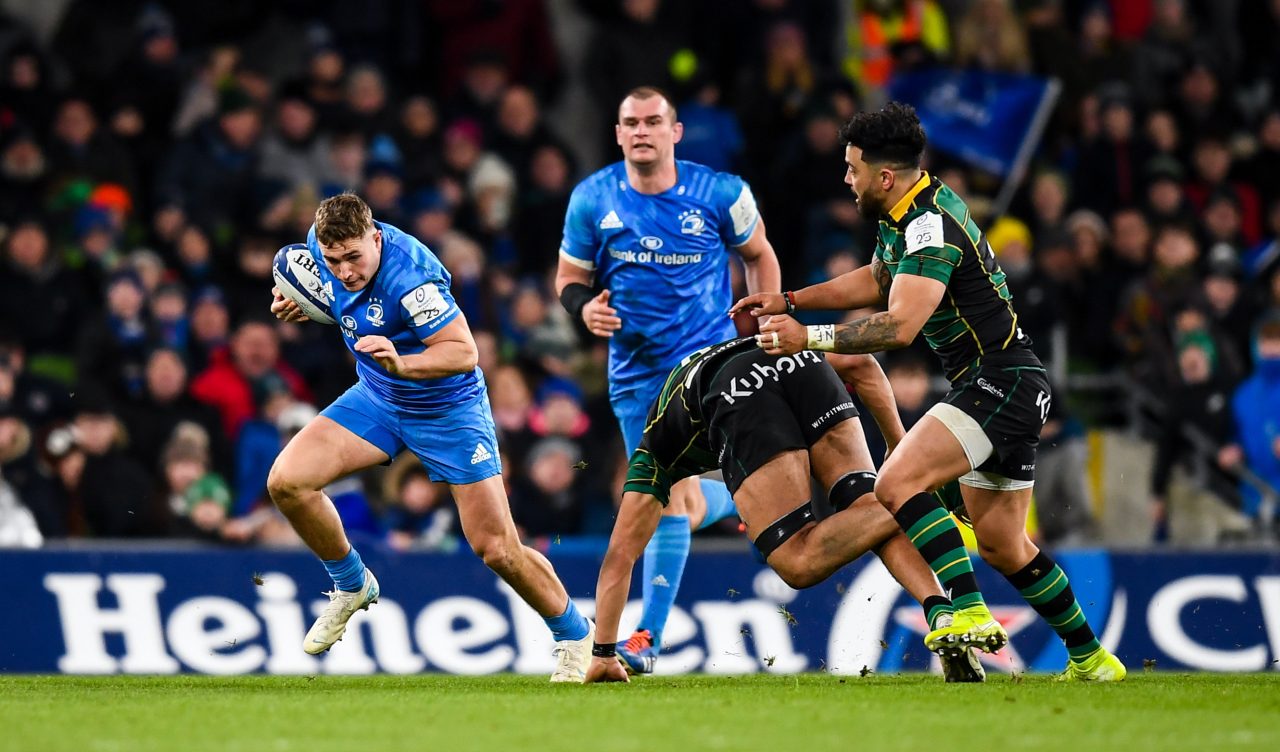 Garry Ringrose’s second hat-trick of the European season was one of the highlights of Leinster Rugby’s 50-21 Champions Cup win over Northampton Saints at Aviva Stadium.

Leo Cullen’s men provided plenty of early Christmas cheer as they became the first team in Champions Cup history to book their quarter-final place with two rounds still remaining. Adding to last week’s 43-16 victory at Franklin’s Gardens, they are now 10 points clear at the top of Pool 1.

A Ringrose brace inside the opening five minutes set the hosts on their way to a 35th-minute bonus point. Tadhg Furlong and Dave Kearney also touched down with the twin threats of man-of-the-match Jordan Larmour and James Lowe consistently causing problems for Saints.

Dan Biggar converted his own try and efforts from Ollie Sleightholme and Ahsee Tuala, but Northampton fell short of their bonus point aim. Further scores from Lowe, Ringrose and Caelan Doris – with Ross Byrne and Ciaran Frawley kicking 15 points between them – steered Leinster to a half-century haul.

The early momentum was seized by Leinster thanks to Ringrose’s opener from his charge-down of an Andy Symons kick, with a classy conversion fired over by Byrne, who deputised for the injured Jonathan Sexton. Saints’ indiscipline allowed the free-scoring province forward time and again.

A crisp midfield move off a lineout saw Lowe expose a gap, with the help of Byrne, and the winger got his hands free to send Ringrose in under the posts. Byrne converted and tagged on a 10th-minute penalty for a 17-0 advantage.

Biggar provided the spark for Northampton with a spritely break, and then his quickly-taken penalty and neat link with Symons saw the Welsh ace squeezed in under the posts. However, those seven points were cancelled out when Furlong crashed over from a lineout maul, on the back of Tuala’s yellow for pulling back Lowe.

The visitors suffered a second sin-binning with captain Tom Wood adjudged to have infringed at a ruck near his own line. The 13 men secured a hard-earned turnover soon after, but a few minutes later, Doris and Rhys Ruddock ripped the ball back in a tackle to set the wheels in motion for the bonus point score.

Byrne attacked the blindside and Ringrose’s well-timed pass sent Kearney cutting in past Sleightholme from the right wing, pocketing Leinster’s third bonus of the campaign. But Saints hit back before the interval, a well-taken Sleightholme try originating from a Lewis Ludlam interception in his own 22.

Lowe got on the scoresheet inside two minutes of the restart, dotting down from an excellent Byrne grubber and after a superb counter-attacking run by Larmour. Ringrose followed up with his third of the night, reacting quickest to loose possession from Taqele Naiyaravoro’s attempted rip.

European debutant Frawley, who came on at out-half, knocked over the conversion to make it 43-14. There were a couple of near misses from Robbie Henshaw and Kearney, who had a try ruled out for an earlier offside, before Northampton enjoyed a purple patch.

Samoan full-back Tuala burst clean through from a midfield ruck for a 57th-minute try, raising their hopes of nabbing a bonus point. A similar effort, this time from the left wing, earned young No 8 Doris his first European score, sprinting over untouched for Frawley to convert.

Saints were thwarted twice in try-scoring range, with Leinster’s bench showing plenty of energy in defence late on. Larmour shone with another outstanding sidestepping run which might have led to another try but for a knock-on by a team-mate further downfield. 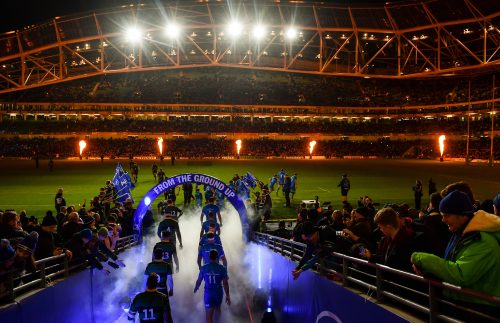 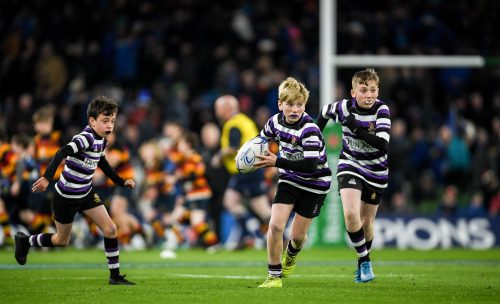 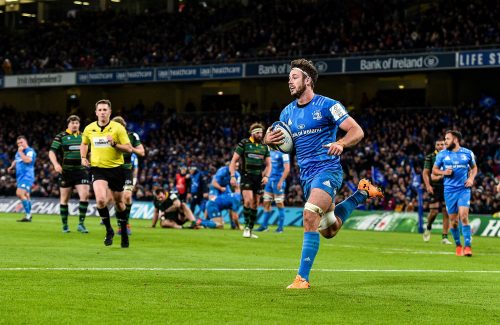 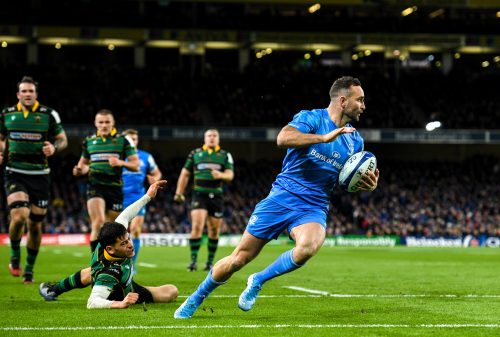 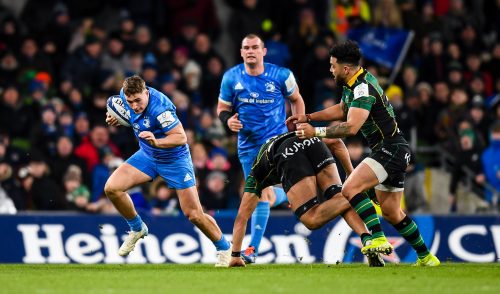 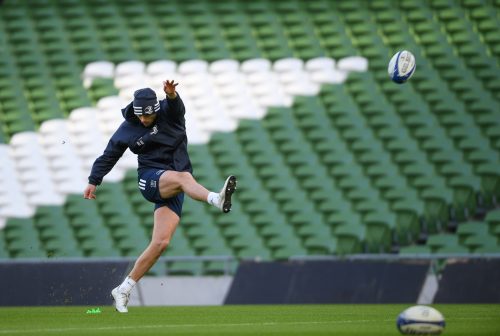 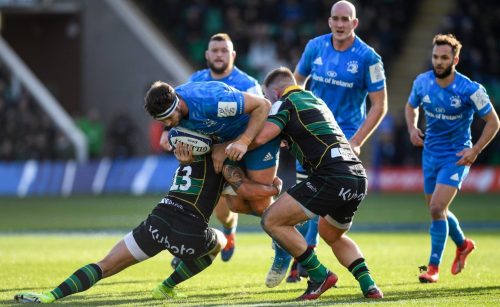 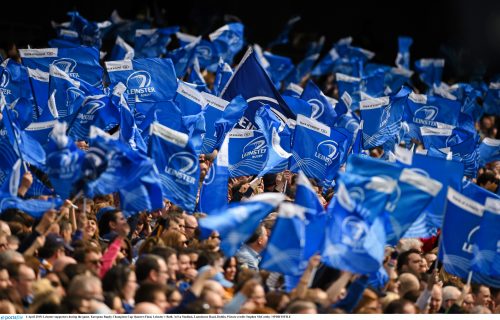 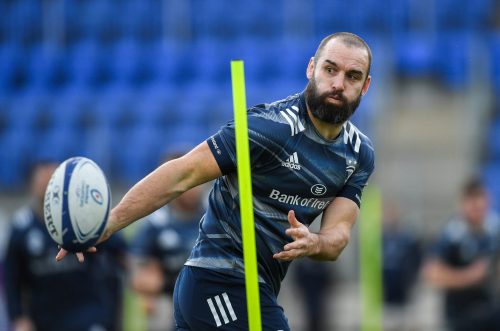 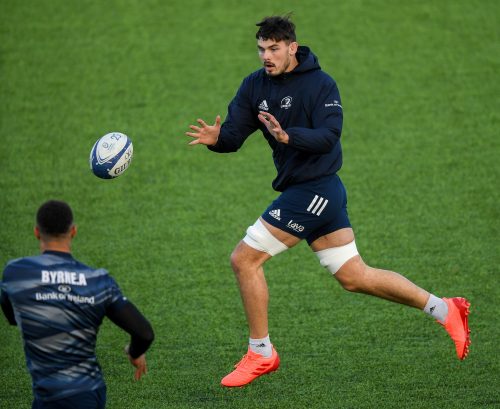 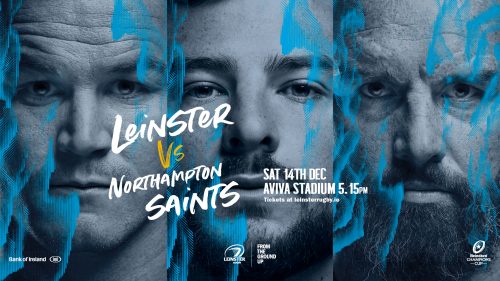