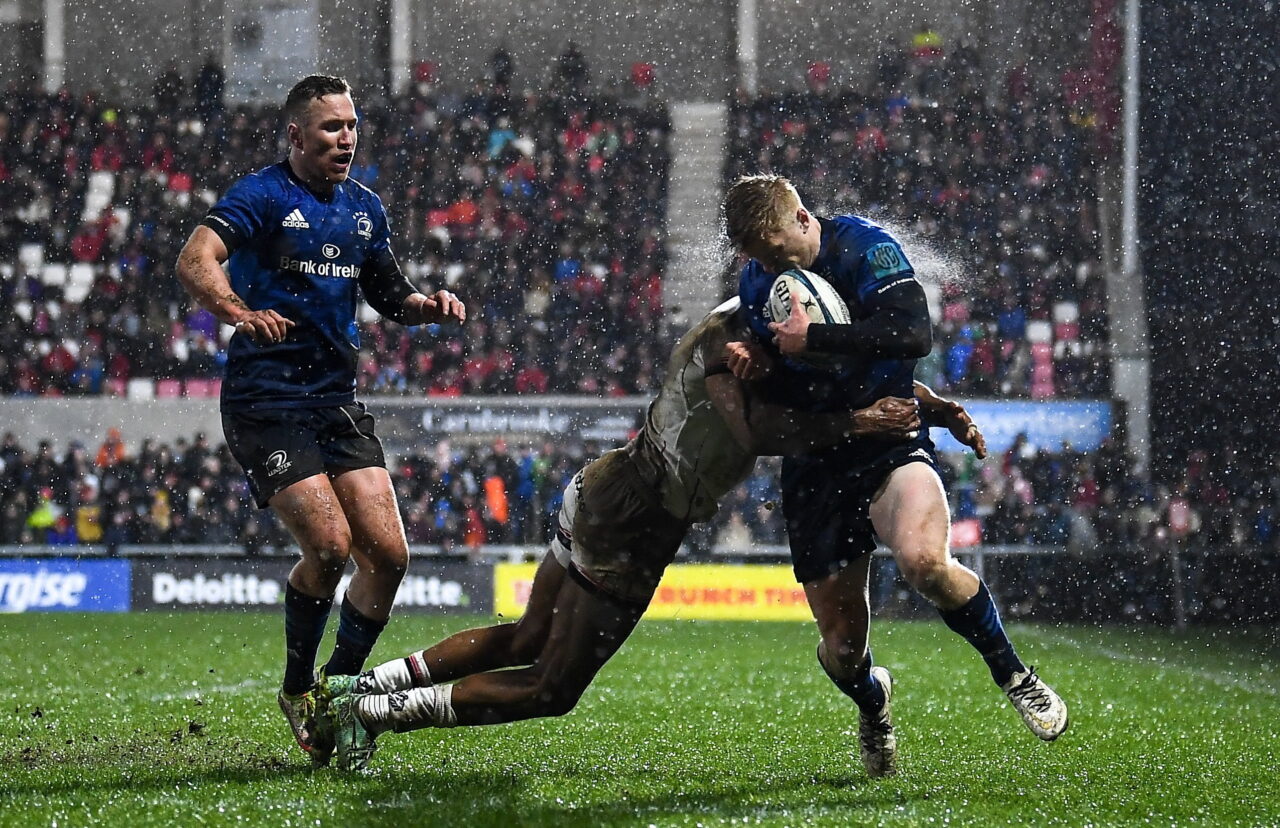 Leinster Rugby came away from Belfast with a losing bonus-point to hold onto top spot in the United Rugby Championship on an inclement Saturday evening.

With such difficult conditions, it was always going to be about playing in the right areas. Ross Byrne’s tumbler put the Blues inside the 22. Quick offloads by Luke McGrath and Tommy O’Brien were foiled by Nathan Doak.

Ulster were using the Garryowen to test out Jimmy O’Brien, the full-back twice coming through in style.

The home side looked to the maul, John Andrew and Andrew Warwick carrying hard for Sam Carter to crash over for the opening try, Doak converting in the 10th minute.

The Leinster response was impressive, rapidly maneuvering through the phases for Byrne to post a penalty after a high tackle.

They used Tommy O’Brien’s left boot to clear to touch and Jamie Osborne’s pass from a scything break was just out of reach of Adam Byrne.

When they got into position, the trademark pick-and-go was activated for Max Deegan to come around the corner at pace, bursting onto Peter Dooley’s pass to score. Byrne converted for 10-7 in the 29th minute. 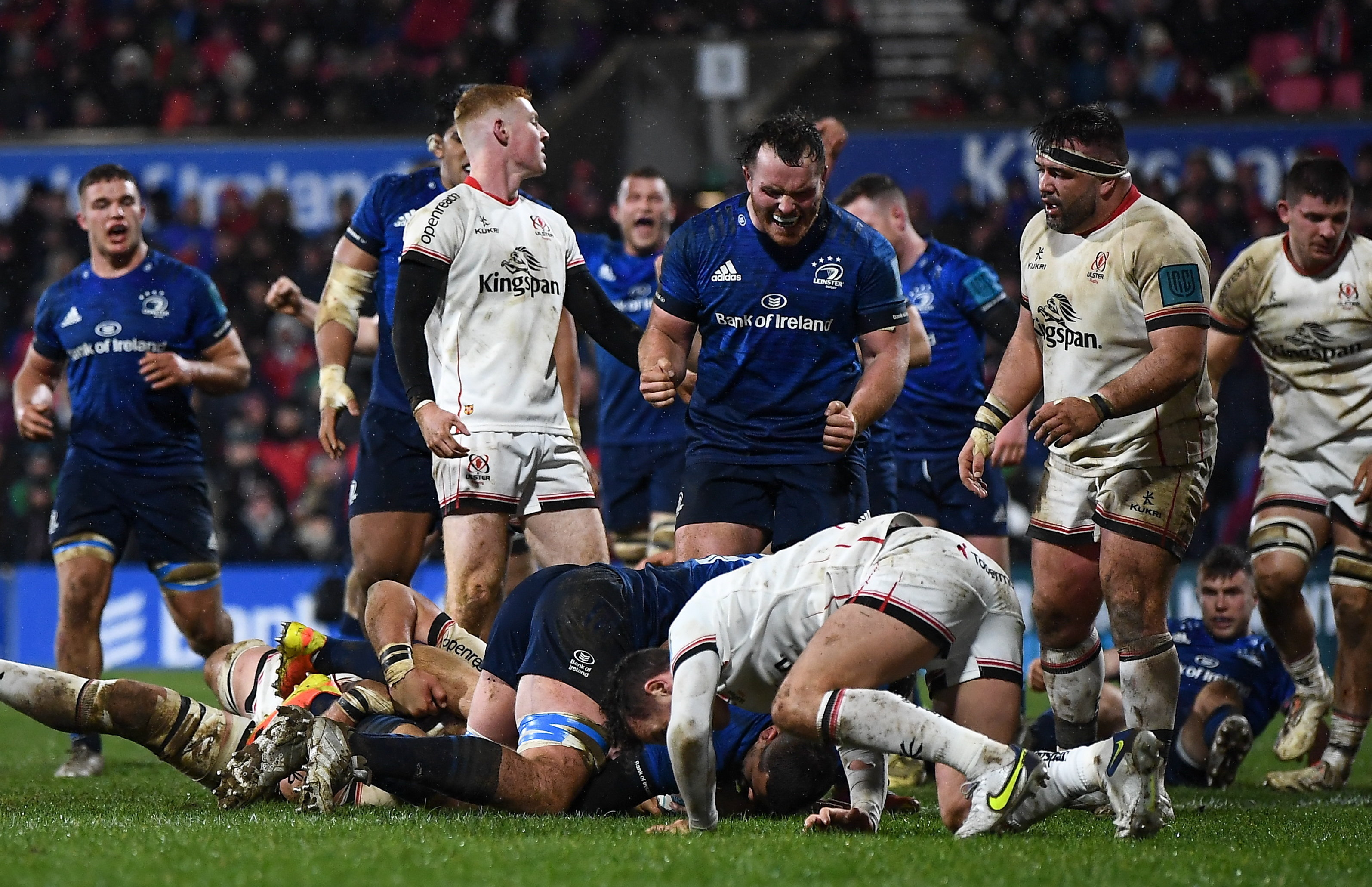 In the next action, Ulster held the ball and their patience for Doak to square it from a penalty.

A Marcus Rea steal and an explosive burst by Lowry put Ulster back on the front-foot, Osborne nailing Robert Balacoune on the right.

Ulster were more accurate the next time, a quicksilver one-two between Lowry and Balacoune producing a try for the former in the 36th minute and another penalty allowed Doak to make it 18-10 at the interval.

The chase of Adam Byrne and the clamping of Tommy O’Brien earned a penalty for Byrne to strike from the right.

The constant downpour convinced both teams to kick more than they would like, Lowry and replacement John Cooney going blow for blow with Jimmy O’Brien, Osborne and Byrne. 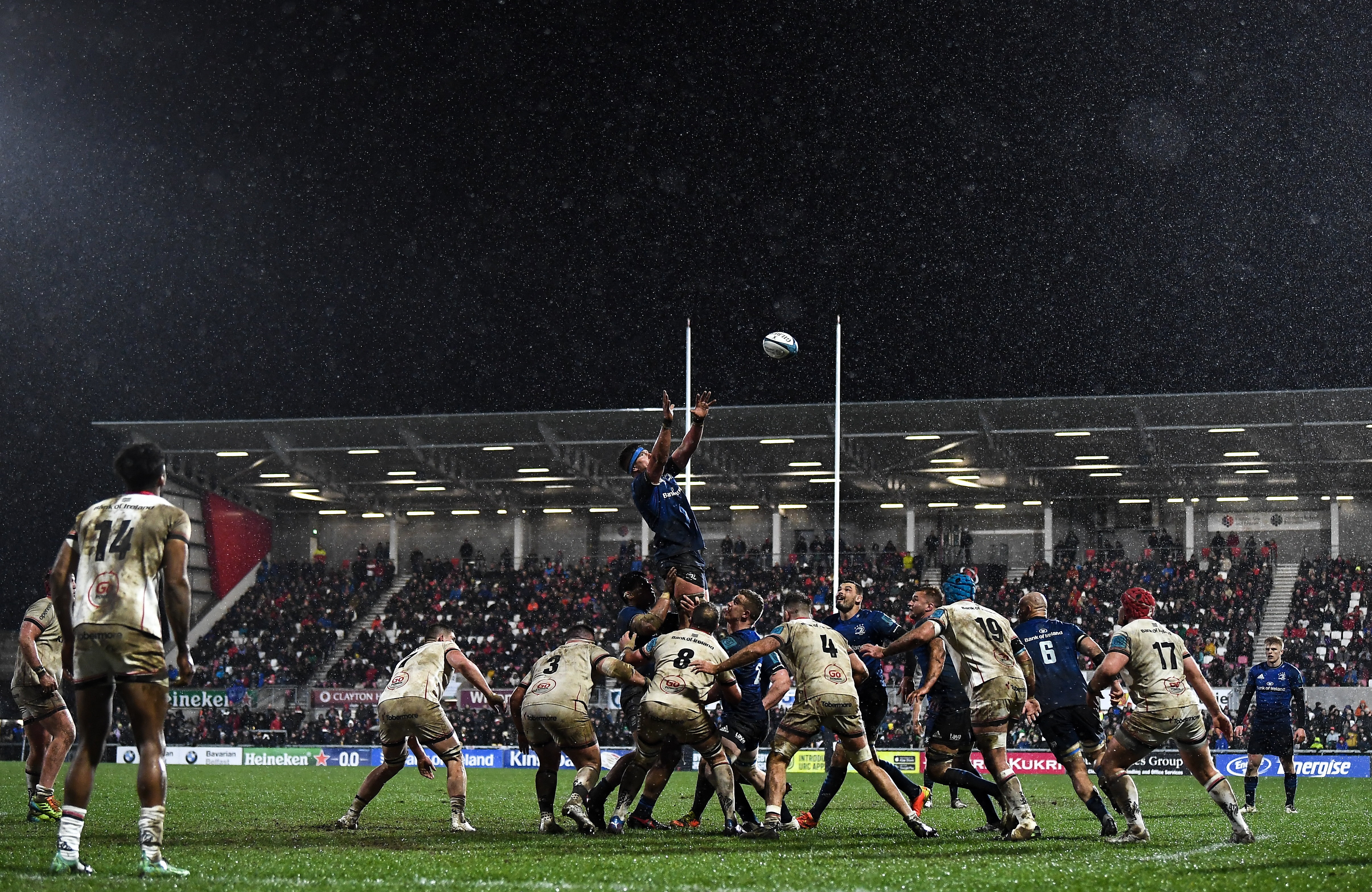 Joe McCarthy’s agile work at the front of the lineout was matched by Nick Timoney’s hit on McCarthy.

The finest attack of the match involved Leinster’s forwards and backs, ending with Balacoune managing to get Tommy O’Brien into touch.

The penalties were adding up and the latest indiscretion led to a lineout and multiple drives at the line, Rhys Ruddock and Michael Ala’alatoa among them, which Leinster could not convert in a match of few chances.

From there, the home defence was watertight, a double tackle by Burns and Cooney shaking the ball from Osborne.

Lowry kept his cool when the ball bounced back off the post and Burns helped them stay ahead with a competent kicking strategy to close the gap on Leinster to one point on the table. 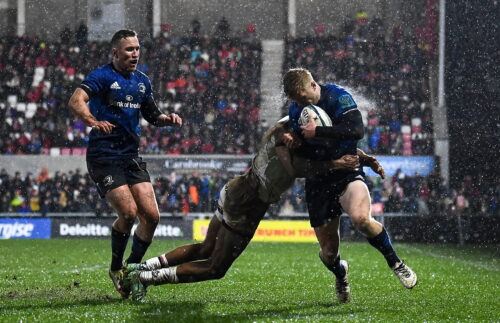 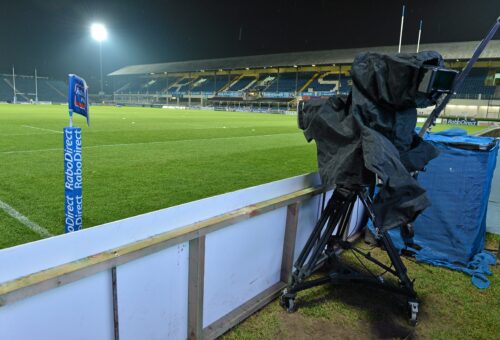 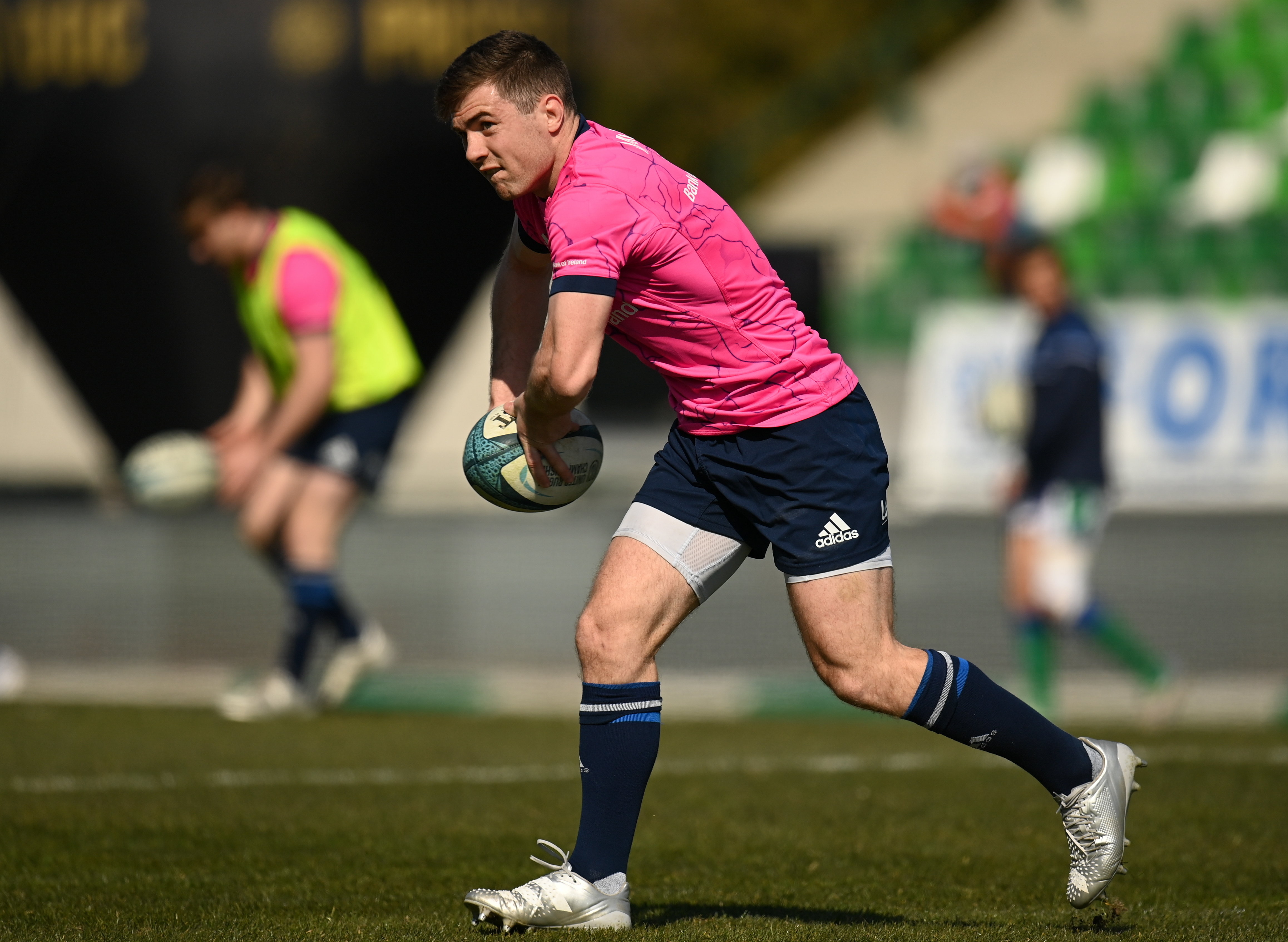 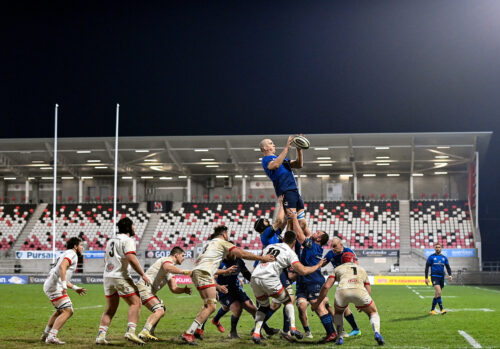 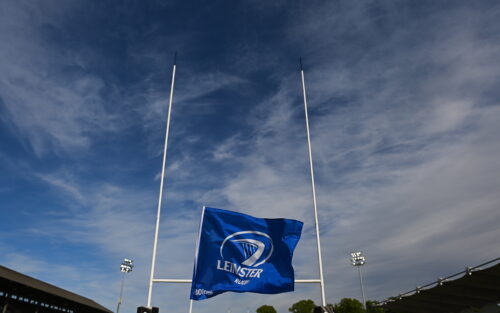