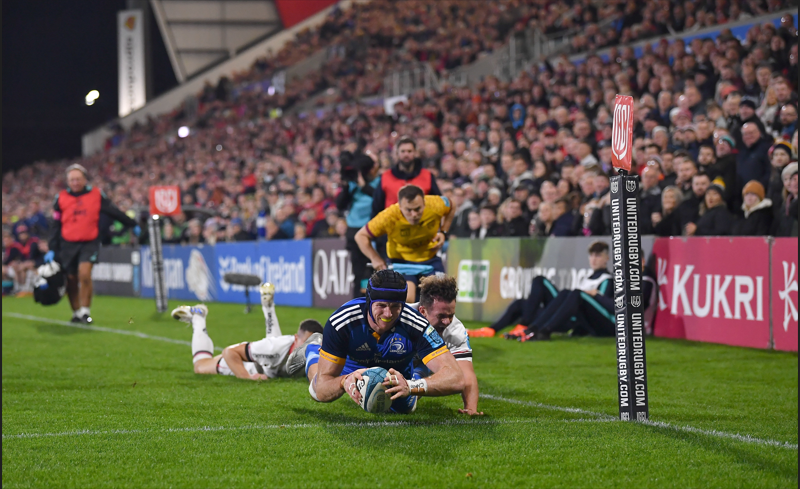 Leinster just about held on to move to the head of the table in the BKT United Rugby Championship at The Kingspan Stadium on Friday night.

Leo Cullen’s men moved into a decisive 17-point lead before being forced onto the backfoot for most of the second-half.

The top-of-the-table clash didn’t disappoint in intensity, Nick Timoney carrying the ball with intent and a long bout of open play reflecting the plan to play ball.

The Leinster front row cranked up the power for a scrum penalty. A smooth lineout led to pounding carries by Robbie Henshaw and Dan Sheehan.

The ball was shifted left, Garry Ringrose the key link, for Ryan Baird to make the corner, Ross Byrne converting immaculately in the 10th minute.

Hooker Sheehan’s hit behind the gain line, Ringrose’s gathering of a loose ball and Luke McGrath’s snipe all contributed to drawing another penalty.

It took a Marcus Rea turnover and a grinding maul for Ulster to make headway. Billy Burns went to the corner when awarded a penalty for obstruction.

Another maul went close as Rob Herring threatened and Andrew Warwick was held up over the line.

Then, Ulster opted for a shot at goal from 40 metres which John Cooney slotted in the 19th minute.

The eagerness of the home side to play quickly from a lineout cost them a penalty which Leinster turned into a maximum toll.

Jack Conan met Sheehan’s lineout throw in mid-air and the hooker shot away from a maul for the second try, Byrne nailing the conversion for 14-3 in the 23rd minute. 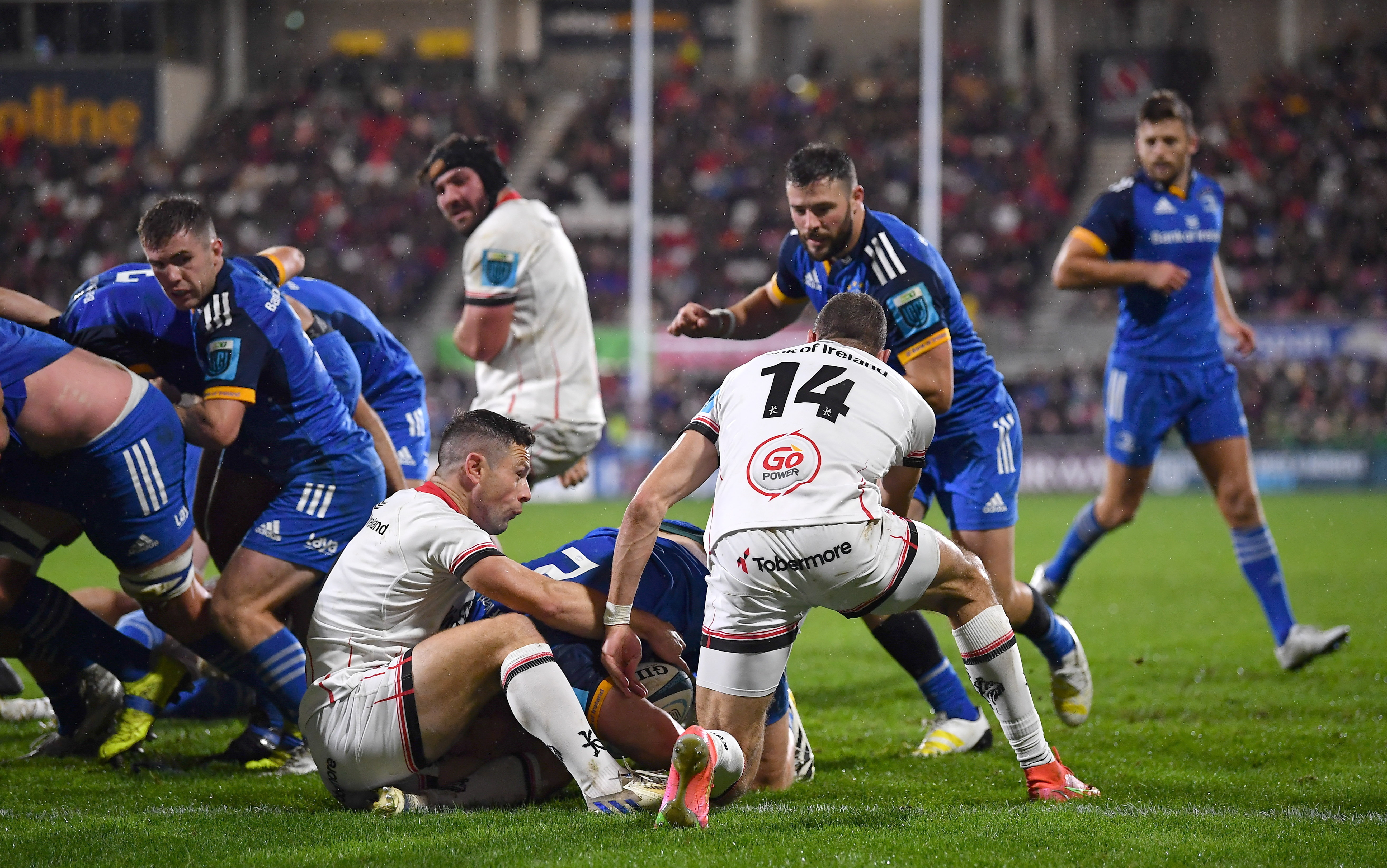 It was the kind of foothold Leinster would have craved, Jimmy O’Brien’s counter and Ringrose’s step taking them back into enemy territory.

In addition, out-half Byrne was patient in his passing, pulling Ulster’s defence out of position and launching a variety of kicks in the heavy rain.

But, a long ball from deep by Luke Marshall was given chase by Aaron Sexton to corral Jordan Larmour ahead of a charge by Marshall before Michael Lowry lost control of a slippery ball.

A scrum penalty, Henshaw’s grab of a high ball and number eight Conan’s metre-eater enabled Byrne to make a penalty for 17-3 at the half.

The ball was doing a fair impression of a bar of soap. It was no surprise to see McGrath twice hoist it high, the second yielding a penalty for Byrne to increase the lead in the 46th minute.

Initially, Leinster were better able to cope with the garryowen, Larmour taming one before McGrath lost another for a scrum.

McGrath made up for his mistake in causing Timoney to knock-on. Larmour caught Sexton on the tramline and got back to his feet to claim a penalty.

Leinster regained control of the ball from a dominant scrum penalty, going to the lineout where they promptly lost possession to a crooked throw.

The ball was put to flight by McGrath for Larmour to claim an unlikely catch. But, Ulster were finally coming on strong, the forwards finding their feet in the close exchanges.

Sustained pressure led to Jimmy O’Brien’s binning and replacement John Andrew grounded the ball from a maul for Burns’ conversion to make it 20-10 in the 64th minute.

The tide had turned. Ulster were coming in waves upfront, picking up a maul penalty and delivering blow-after-blow on the ball.

The decision to move it wide looked the right one when Ulster’s Sexton appeared to go over on the left, only for Charlie Ngatai to shake the ball loose.

Ireland captain Jonathan Sexton was brought on to steady the ship. But, Ulster were on the front-foot and Cooney’s kick made it a one-score game in the 73rd minute. 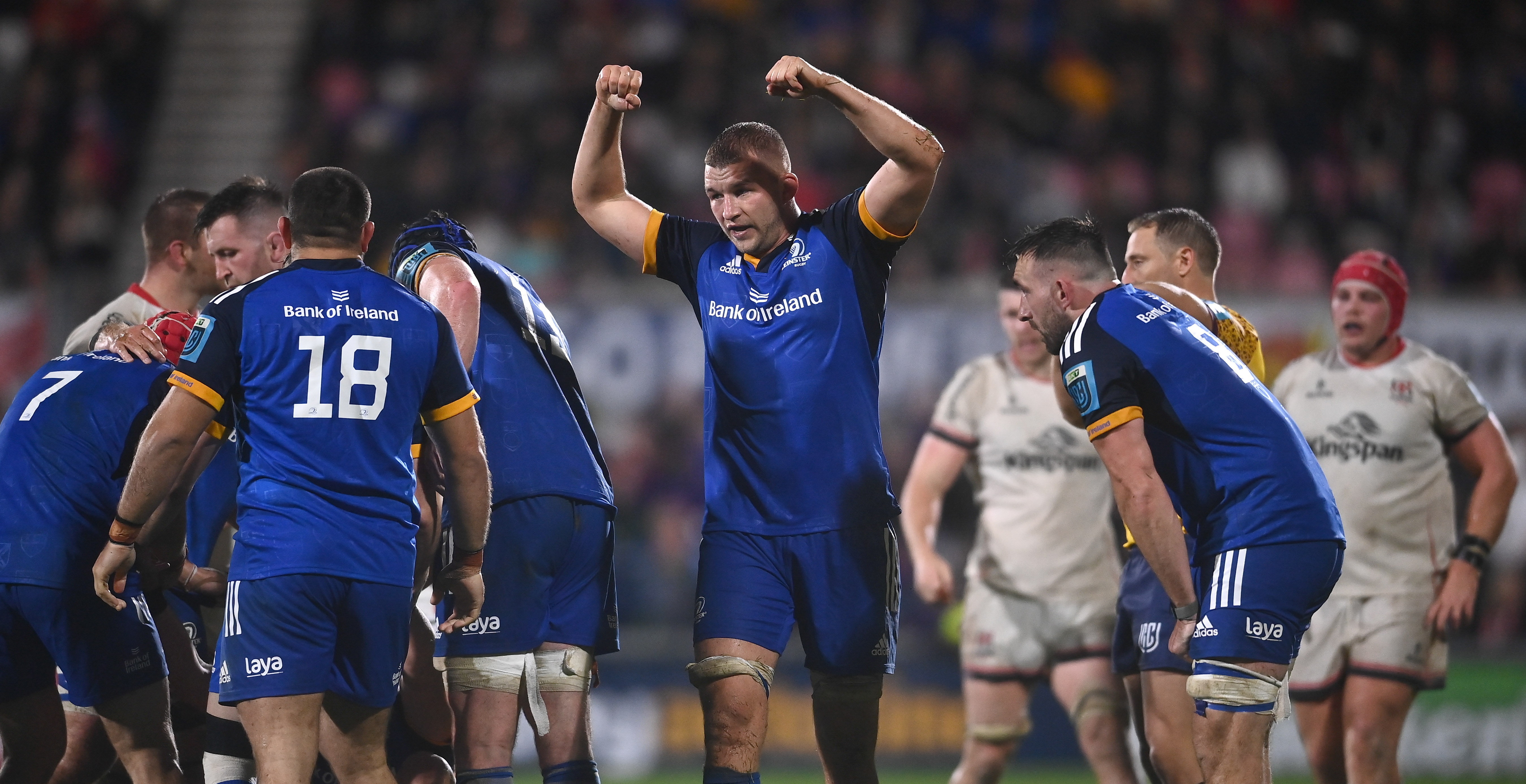 The chop tackle of Will Connors and nimble work of Sheehan at the breakdown recovered a vital penalty.

When Stuart McCloskey took the ball up powerfully, Sexton got in on the ball and wouldn’t let go until a maul was whistled.

It all came down to one last scrum. Leinster wheeled it and Josh van der Flier nabbed Dave Shanahan to seal the issue. 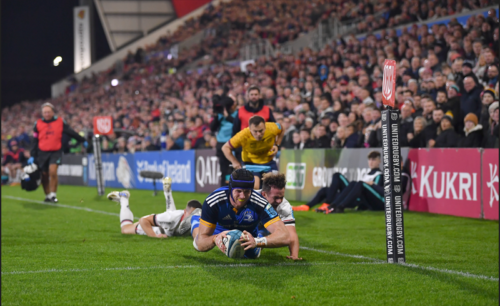 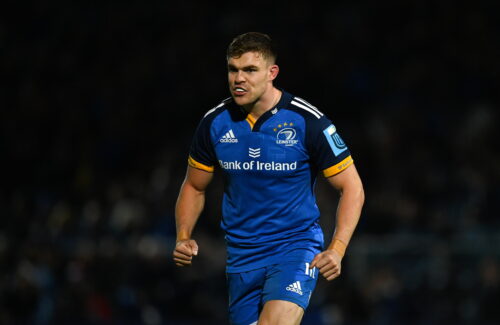