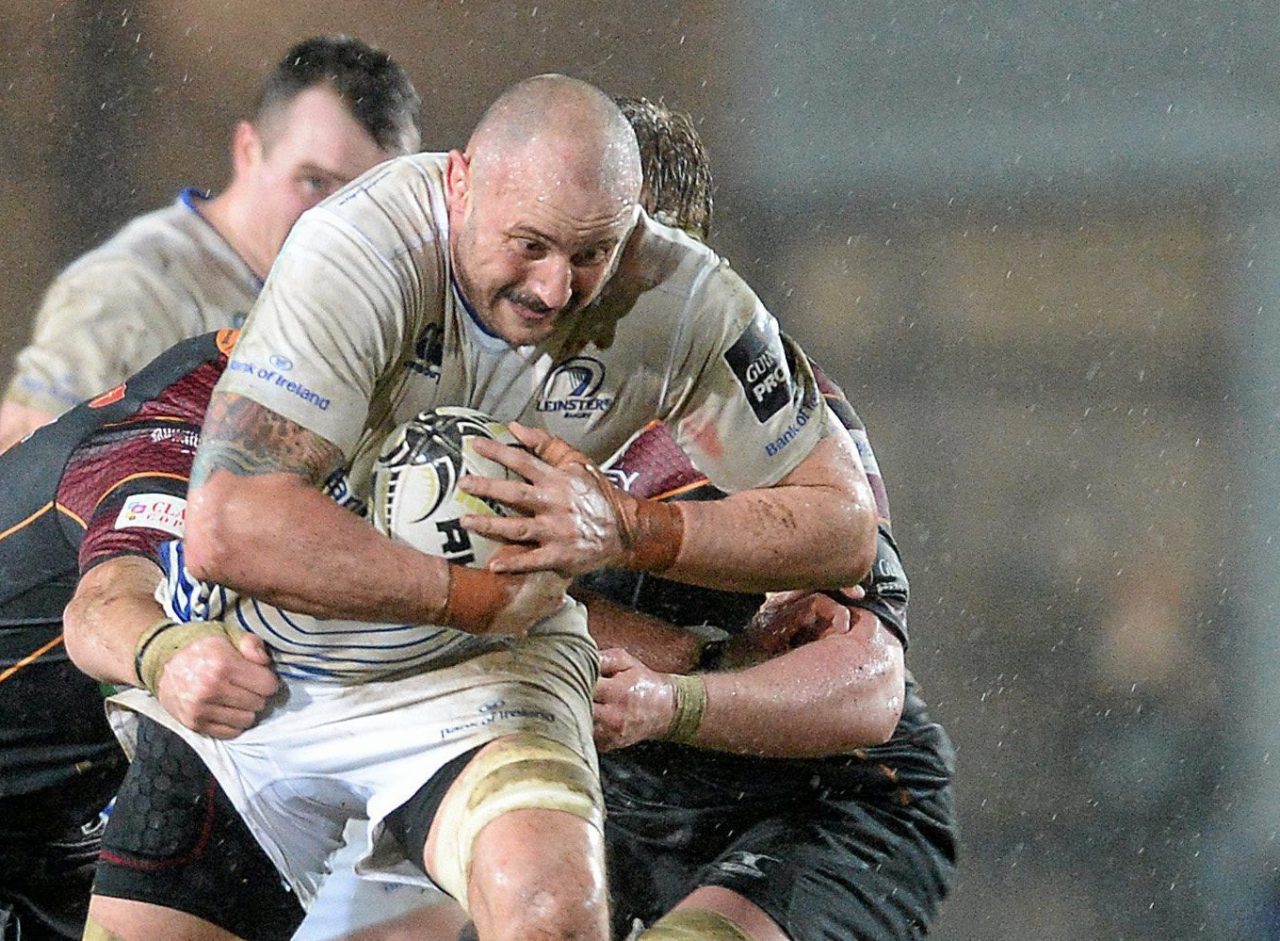 An under-strength Leinster squad could not force their way over the try-line during a dominant third quarter, and the Dragons – in worsening conditions – accepted the gift of two closing penalties to see out the result.

Jason Tovey split the posts after 69 and 79 minutes to confirm the men of Gwent as winners and take a losing bonus point away from Leo Cullen’s much-changed team, who missed out on an opportunity to go top of the GUINNESS PRO12.

Luke McGrath marked his first outing as Leinster captain with a well-taken try, but converted efforts from man-of-the-match Ashton Hewitt and Tovey had the Dragons 17-10 ahead at half-time.

Although Fergus McFadden booted his second penalty of the night to close the gap, Leinster were denied a second try by the resolute home defence with Ross Molony being held up and a subsequent maul grounded well short.

Those missed opportunities, coupled with the Tovey’s clinching kicks and McFadden’s 71st-minute sin-binning, made for a frustrating finish for the visitors who had played much of the rugby in the second period.

Missing a plethora of players to the Ireland Six Nations camp and injuries, Leinster got off to a poor start amid the unrelenting rain. A blocked kick from Zane Kirchner and a ruck penalty coughed up by Dominic Ryan put them under early pressure.

The Dragons drove a lineout maul near the right corner before half-backs Sarel Pretorius and Tovey combined to put winger Hewitt over past McFadden for a third minute try which Tovey converted.

McFadden responded with a penalty on the 10-minute mark, rewarding the Leinster pack for a powerful shove in the scrum, and the visitors hit the front just four minutes later.

The ball squirted out of a Dragons ruck near their 22-metre line, allowing young lock Molony to seize possession, and skipper McGrath soon spotted a mismatch as his sniping run took him in between a couple of forwards and under the posts. McFadden converted for 10-7.

However, Leinster were vulnerable from another blocked kick – this time from Cathal Marsh – as the Dragons went close to try number two. A slight knock-on from Pretorius denied Hewitt his second touchdown.

McGrath did just enough to prevent Adam Warren from scoring off a Tovey chip, and Leinster managed to survive an intense spell that saw them leak successive lineout penalties five metres out.

The penalty count increased as Dan Leavy saw yellow for kicking the ball out of scrum half Pretorius’ hands, but determined defending from McFadden and the seven-man pack lifted the siege.

It was that man Hewitt who finally got in behind the Leinster defence, juggling a pass before leaving four would-be tacklers in his wake. Good handling of the slippery ball released Tovey to go over unopposed from close range, and the number 10 also added the extras from the right wing.

Lyn Jones’ charges restored their seven-point lead before Leavy’s return, with the influential Tovey knocking over a central drop goal for the final points of the first half.

An improved share of possession brought Leinster points early on the resumption, with replacements Ian Madigan and Richardt Strauss making a swift impact. McFadden slotted a penalty to reduce the arrears to four.

The men in white gained further momentum off the back of a hard-won Leavy penalty near halfway and some hard graft in possession by the forwards. They attacked off set piece ball near the right corner, yet Molony was just kept out following a five-metre lineout.

Frustratingly for the visitors, they gave away precious territory with a couple of turnovers by the Dragons with the likes of Nic Cudd and Adam Hughes getting in to disrupt.

Leavy, in particular, continued to get over the gain-line as Leinster got back within metres of the try-line. However, a combination of poor decision-making and execution from the visitors and dogged defending from the Dragons left Cullen’s side scoreless.

Debutant forwards Jeremy Loughman and Peadar Timmins came on to good effect, but Leinster’s failure to pick up points from their visits to the 22 really hurt them in the closing stages. Hooker Strauss was pinged for a ruck offence and Tovey’s solid strike extended the lead to 20-13 with 11 minutes left.

The sin-binning of McFadden for what was adjudged to be a shoulder-led challenge on Pretorius at a ruck was a further setback, and when the Dragons gained a scrum penalty late on, Tovey found the target again to complete his impressive 18-point tally. 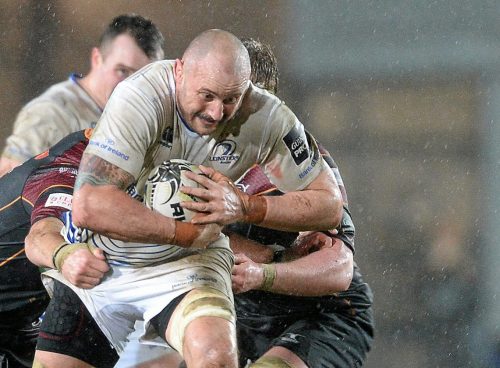 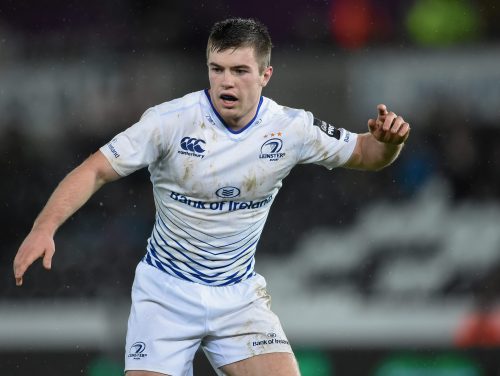 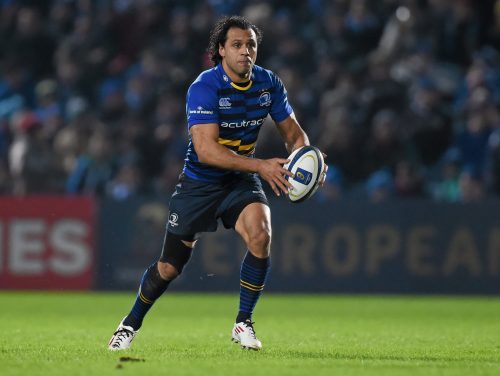 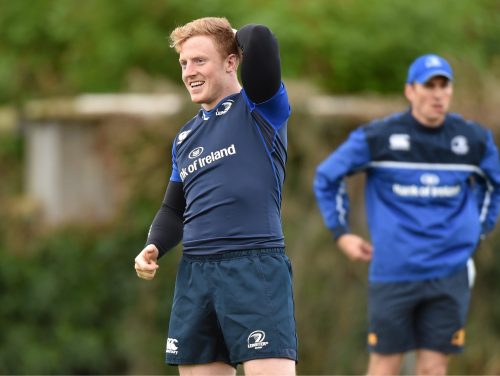 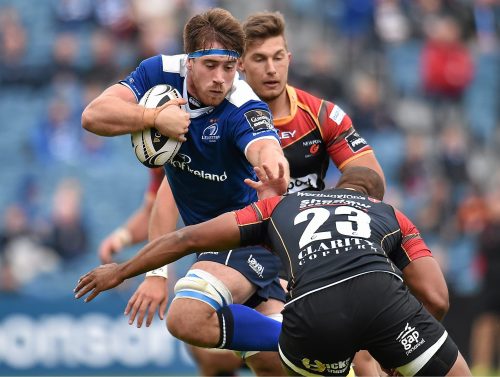