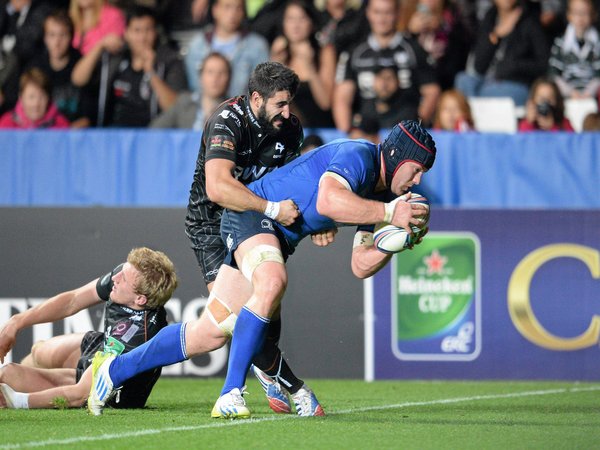 The Welsh region were quick to settle and two penalties from Dan Biggar gave them a 6-0 lead by the eighth minute.

But with captain Jamie Heaslip and Sean O’Brien coming to the fore, Leinster controlled much of the second quarter as they hit back with 13 unanswered points before half-time.

Heineken Cup debutant Jimmy Gopperth picked off two penalties either side of O’Brien’s 28th-minute try, the Tullow man stretching over after excellent work in the build-up from Gopperth and Sean Cronin.

Biggar brought it back to 13-9 but they were unable to penetrate Leinster's ultra organised and disciplined defence, their control of the contact area and smart kicking game helping them to see out a very encouraging result.

Out-half Gopperth cancelled out Biggar's 44th minute kick and then settled the issue late on, taking the bonus point away from the hosts in the process, with his fifth successful kick of the night.

Giving his reaction afterwards, Leinster head coach Matt O'Connor said: "The boys fought hard and addressed most of the issues that let us down last week against Munster and it was a pleasing result.

"We were pleased to make sure the Ospreys didn't pick up a bonus point as it could be important. Cup rugby is about getting what you can out of each contest and making sure the opposition get as little as possible.

"It was a pretty intense contest, a great game of rugby. They had some key passages of play where they looked dangerous and credit to our guys as we defended incredibly well and made sure they came away with nothing – that was probably the difference in the end."

The Ospreys had only suffered one loss in their previous 26 home Heineken Cup matches and they swept ahead in the third minute, Biggar landing a long range penalty after good defensive work at a ruck from Ryan Jones.

A swift, angled break from Gopperth got the Leinster attack firing, with Gordon D’Arcy doing well to surge into the Ospreys' 22.

But Biggar doubled the Ospreys’ lead, his half-back partner Tito Tebaldi launching the Welsh region forward with a box kick and some neat interplay involving himself and Ben John.

Ryan Jones was pinged for not rolling away and Gopperth notched the resulting penalty, with Leinster soaking a good deal of pressure in their half before they swooped for the opening try.

Young prop Martin Moore, who came on for the injured Mike Ross for his first appearance at this level, got the plaudits for winning a scrum penalty as the Ospreys lost a promising position in the right corner.

Then Heaslip began to wield more influence in open play, stripping the ball free from Andrew Bishop to set up a telling attack for the three-time champions.

The visitors pressed out wide on the left as Gopperth’s well-timed pass sent Cronin blasting past two defenders, the hooker shipped a tackle and then spun around to feed O’Brien who had the power to finish.

Gopperth converted and as Leinster continued to look solid in defence and under the high ball – there were some fine catches from the Kearney brothers in particular – the province extended their lead before the break.

Ospreys flanker Jones was penalised at a scrum just inside the Leinster half and Gopperth stepped up to hammer home the kick for a seven-pointer difference.

The Welshmen got the decision in a scrum four minutes after the restart, the resulting three points from Biggar’s boot closing the gap to 13-9.

But Ryan Jones and Adam Jones infringed as Leinster built a lineout maul in an advanced position, allowing Gopperth to rifle home another surefooted penalty.

Kevin McLaughlin continued to carry difficult greasy ball with aplomb and in defence, there were some crucial hits from D’Arcy, Fergus McFadden and try scorer O’Brien, while Rob Kearney was an assured presence at full-back.

The Ospreys led the possession statistics but Leinster were able to keep them at arm’s length and out of their 22 most importantly.

The home side did engineer a decent chance thanks to a Justin Tipuric turnover, only for Gopperth to produce a textbook tackle on Jeff Hassler and bundle him into touch.

The New Zealander then crowned a positive first outing for Matt O'Connor's men by clipping over a 78th minute penalty, which was conceded by Scott Baldwin and came after a powerful burst from busy replacement Rhys Ruddock. 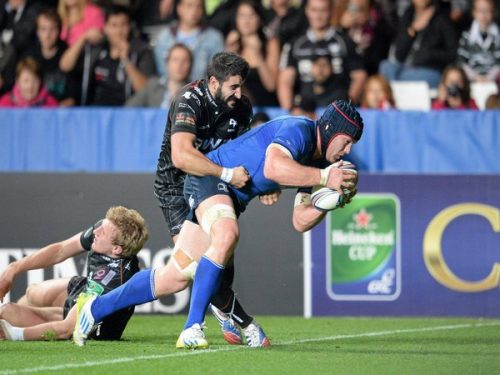