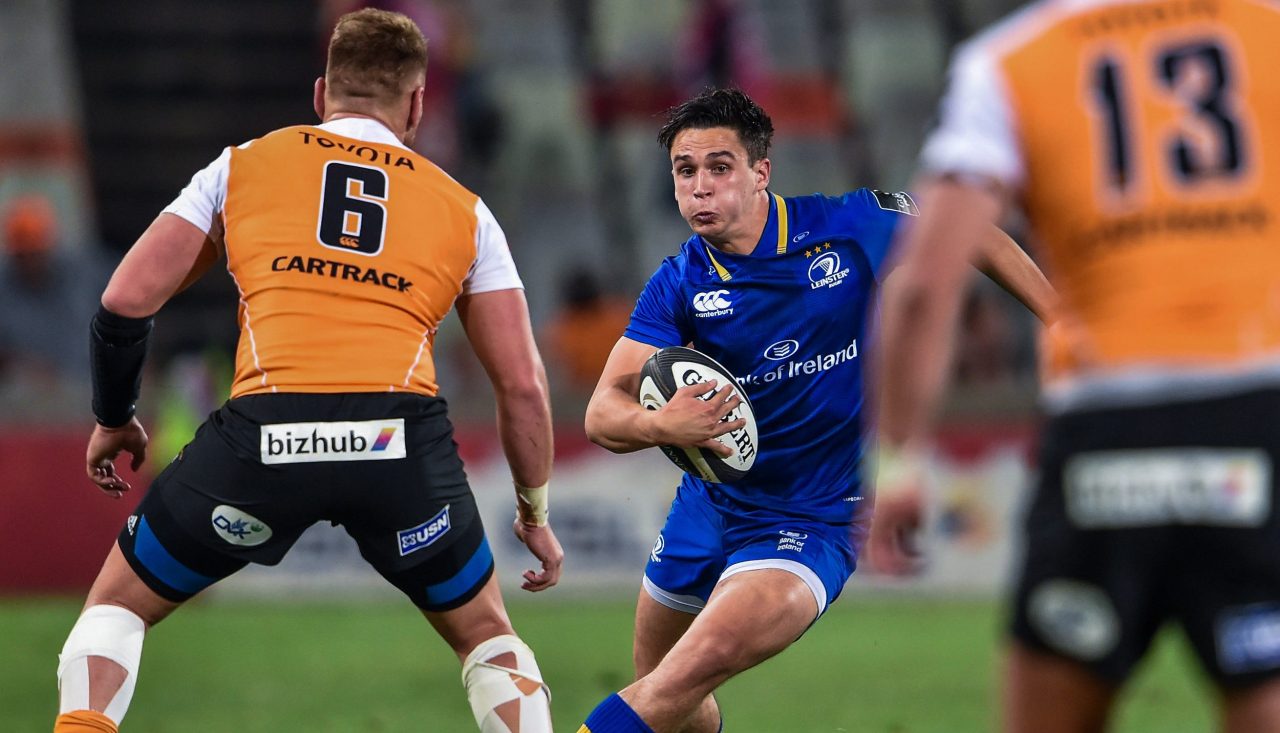 Having put over 50 points on Zebre at Toyota Stadium last Saturday, the Cheetahs made history with their second successive GUINNESS PRO14 win and the significant scalp of the four-time champions and Conference B leaders, who had won their three previous games in bonus point fashion.

The South Africans were on course for an upset at half-time, powering into a 19-5 lead thanks to four Ernst Stapelberg penalties and a supercharged 36th-minute try from William Small-Smith. Leinster, whose five-pointer came from Barry Daly, lost captain Isa Nacewa to a calf injury, just 16 minutes in.

Josh van der Flier tried to lift Leinster on the occasion of his 50th cap but, having missed 15 tackles in the first half, Leo Cullen’s men continued to struggle on the resumption. They lost James Tracy to the sin-bin and Torsten van Jaarsveld took advantage to score the Cheetahs’ second try via a maul.

Replacement prop Ox Nche crashed over to push Rory Duncan’s side 31-5 clear, before Leinster belatedly forced the issue entering the final quarter. Winger Daly bagged his second try (59 minutes) and then completed his hat-trick with a very well-taken 72nd-minute score, but Luther Obi’s last-minute intercept try closed out a memorable night for the Cheetahs in their short PRO14 history.

A counter-attacking run from Sergeal Petersen preceded a second minute penalty from Cheetahs out-half Stapelberg, but Leinster were incisive from the restart with a neat link-up between Joey Carbery and Nacewa almost setting up a try in the left corner for the supporting Mick Kearney.

The Cheetahs conceded a five-metre scrum and a free-kick in the next phases, with Jack Conan and Tracy both carrying effectively before Noel Reid’s long cut-out pass sent Daly over near the left corner flag. Ross Byrne missed the conversion and was also wide with a subsequent penalty from distance.

The hosts retook the lead with a booming 47-metre kick from Stapelberg, punishing Mick Kearney for obstruction. Just when it seemed like the Cheetahs were building for a possible try, van der Flier’s brilliant rip in a tackle on van Jaarsveld saw Leinster kick clear from their 22. Nonetheless, Conan was then pinged for not rolling away and a third Stapelberg penalty made it 9-5.

The margin was widened to seven points in the 25th minute after Stapelberg split the posts following a deliberate knock-on by his opposite number Byrne. The latter sought out Daly with the cross-field kick, with Tracy having initially poached back possession. However, the Leinster defence was living dangerously, the in-form Makazole Mapimpi threatening on the left before Tracy and van der Flier combined to win a ruck penalty in front of the visitors’ posts.

With half-time approaching, Jamison Gibson-Park’s quick tap had Leinster pouring forward on the right, Conan, Nacewa’s replacement Rory O’Loughlin and Carbery drawing them to within five metres of the whitewash before the ball went loose and the Cheetahs were able to clear back to halfway.

In comparison, the home side were clinical when conjuring up an excellent try from inside their own half. Leinster were sent back-pedalling in a scrum, Tian Meyer attacking hard off the base and unleashing captain Francois Venter to split the midfield wide open. He broke over halfway and the covering Carbery could do nothing as Venter passed for his centre partner Small-Smith to finish off by the posts. Stapelberg converted, Leinster’s only opportunity to respond being a Dave Kearney chip-and-chase effort which saw Petersen beat him to the bouncing ball.

Leinster were down to 14 men early in the second period, some sloppy penalties putting them on the retreat before Tracy saw yellow for a no-arms tackle. The Cheetahs kicked for the corner and a well-worked maul put hooker van Jaarsveld over for his third try in the space of a week – 24-5.

The Cheetahs held onto the momentum with influential scrum half Meyer’s jinking run and pass inviting Rosko Specman forward, before Ross Byrne did just enough to rescue the situation for off-colour Leinster. The South Africans continued to show their set piece strength despite changes in the Leinster front row.

A scrum penalty and well-won lineout led to Nche bulldozing over to the right of the posts, with Stapelberg comfortably adding the extras. Leinster’s bench, including Rhys Ruddock, Sean Cronin and lively scrum half Nick McCarthy, became more of a factor thereafter, a lineout platform allowing Conan to get over the gain-line before O’Loughlin’s long and accurate pass had Daly dotting down in the left corner.

Byrne neatly converted the 59th minute try and Leinster suddenly had a shot at claiming two bonus points following Daly’s third touchdown of the night. Carbery launched the attack from his own 22, with van der Flier and Conan showing great engines to reach Cheetahs territory before Daly fended off one defender and cut in between two more to dart in behind the posts.

Byrne’s second successful conversion reduced the arrears to 12 points with eight minutes remaining. The Cheetahs had more defending to do, although Cronin’s overthrown lineout let them off the hook as did an Andrew Porter knock-on. Leinster came again with a final surge, only for Cathal Marsh’s pass to be picked off by pacy replacement Obi who raced away to seal the double-scores victory.

Join the roar at the RDS Arena next Friday when the squad return to face Edinburgh (KO 7.35pm). Tickets are on sale now from €20. 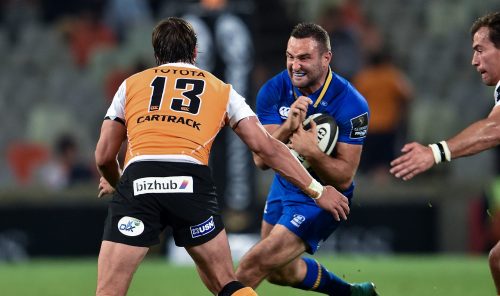 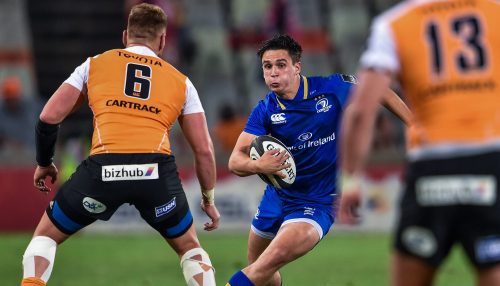 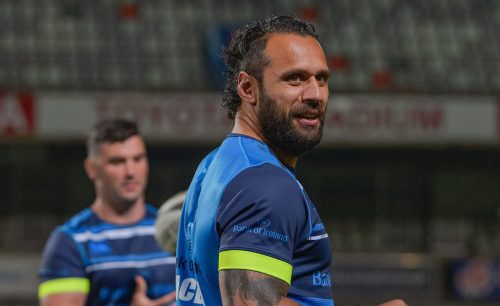 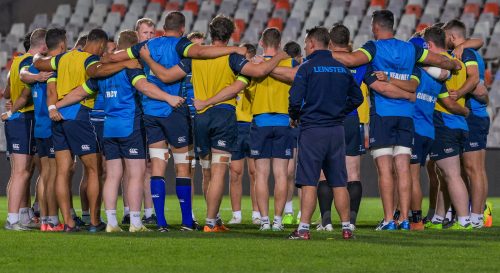 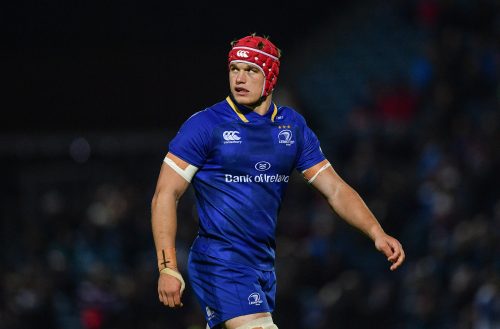 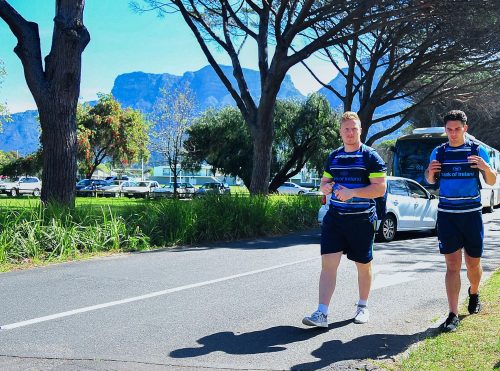 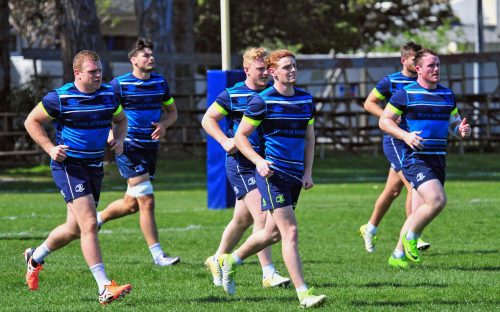