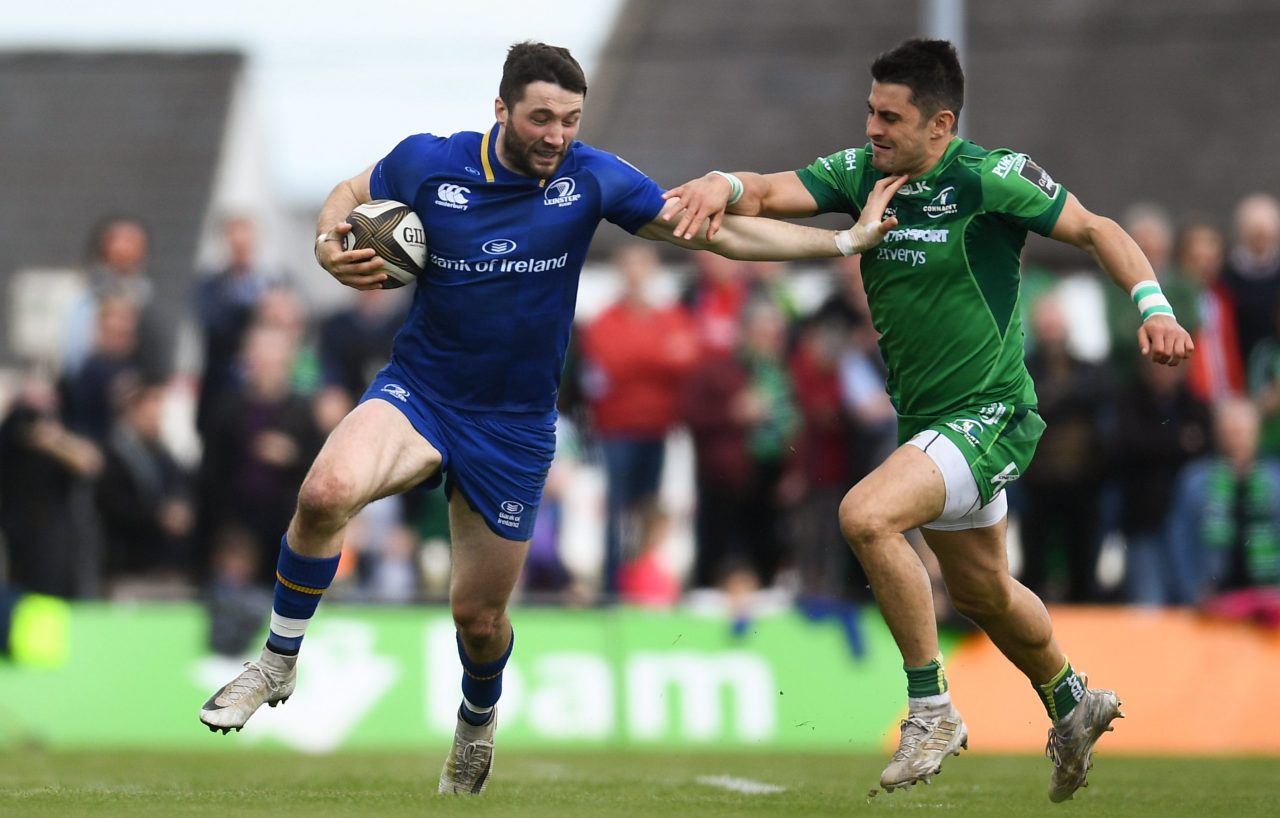 Barry Daly’s twelfth try of the GUINNESS PRO14 and Caelan Doris’ first senior cap for Leinster were the highlights of an otherwise disappointing performance from Leo Cullen’s men as they lost heavily to the hosts in Galway.

The day belonged to Connacht’s legendary captain John Muldoon who ended his 15-year professional career with a stunning 47-10 derby win amid emotional scenes at the Sportsground.

‘Mul’, who is retiring after a record 327 appearances with his native province, enjoyed one final victory – even kicking a late conversion – before his summer move to Bristol as their new defence coach.

With Conference B leaders Leinster having a firm grasp of a home semi-final given the province’s vastly superior scoring differnece, head coach Cullen made a full 15 changes to their Champions Cup semi-final line-up. They were outplayed in the first half as tries from Niyi Adeolokun (2 minutes), Tiernan O’Halloran (28) and Kieran Marmion (32) had Connacht leading 21-3.

The visitors pulled a try back through the pacy Daly, but the westerners, who only had pride to play for, tagged on four more through Adeolokun, Marmion, Bundee Aki and replacement Caolin Blade, whose 75th minute score was converted by man of the moment Muldoon.

Connacht took Leinster through 21 phases straight from the kick-off, with Matt Healy and Delahunt both finding holes in the defence, before Adeolokun evaded two tackles wide on the right for the perfect start for Kieran Keane’s charges.

Jack Carty’s conversion was cancelled out by a Joey Carbery penalty as Leinster gradually made inroads, making good use of their early possession. However, Denis Buckley went unpunished for successive penalties – the first one in the scrum – as full-back Carbery pushed his place-kick wide and the visiting pack then blew a maul opportunity.

The mistakes kept coming from Leinster, James Lowe’s midfield pass being intercepted by full-back O’Halloran who cantered in under the posts, and Connacht also gained the upper-hand in the scrum.

Hooker Delahunt again took advantage of missing pillars at a ruck, linking with Marmion who touched down under a pile of bodies. Lowe led a late Leinster surge downfield, but Gavin Thornbury stole the resulting lineout on the stroke of half-time – much to the delight of the home fans.

Delahunt’s rip in the tackle, and a weaving run by Tom Farrell, teed up a fantastic 41st-minute bonus point score, with great hands from Aki and Delahunt releasing Adeolokun for the line.

O’Halloran then collected a Carty chip over the top and fed the supporting Marmion to complete his brace, before Daly ran in an opportunist effort up the right touchline. Carbery added a crisply-struck conversion, and by that stage Jamison-Gibson Park had come on along with a new front row of Cian Healy, Sean Cronin and Michael Bent.

With the departing Peadar Timmins putting in a very good shift, and Jordan Larmour and current Ireland Under-20 international Doris also entering the fray by the hour mark, Leinster were hoping to draw closer but Aki produced a try-saving tackle to deny Daly.

Aki managed to score himself a few minutes later, muscling over past Jack Conan in the 70th minute, and Blade added try number seven, Muldoon enjoying the opportunity to add the extras from straight in front of the posts – the final scoring act of a record-breaking career in the green jersey.

Despite a frustrating day at the office, Leinster’s wider squad still have plenty to look forward to in the coming weeks. The seniors play Racing 92 in the Champions Cup final before hosting a PRO14 semi-final, while Noel McNamara’s ‘A’ team will battle it out with Ealing Trailfinders in the British & Irish Cup decider on the same day as the European showpiece – Saturday, May 12. 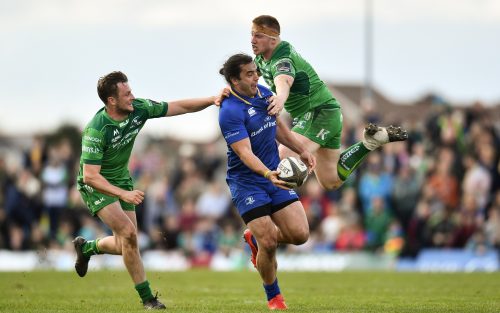 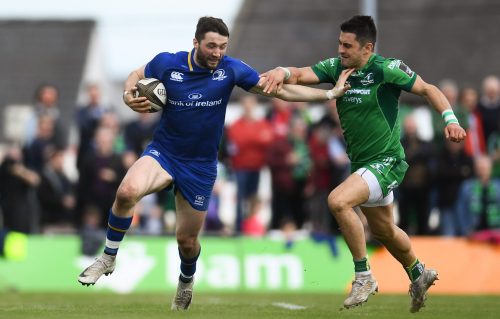 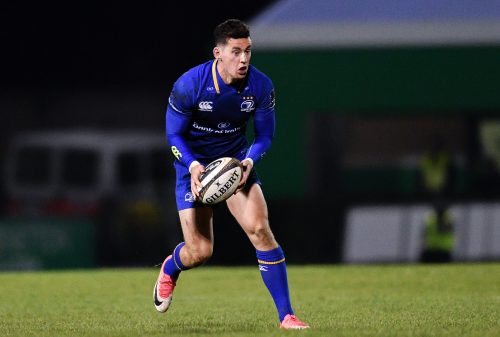 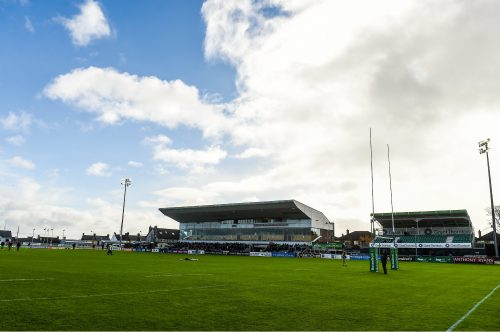 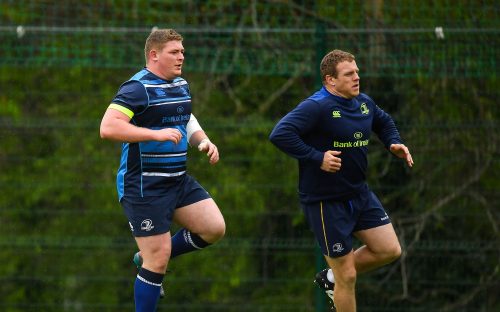 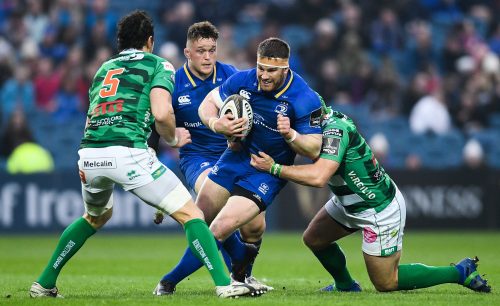 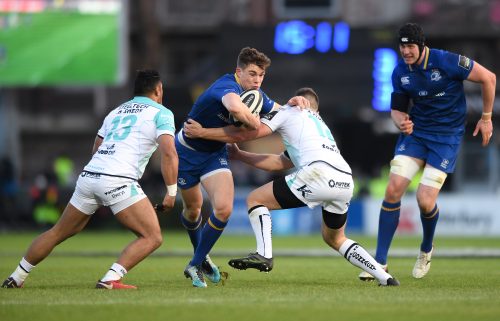