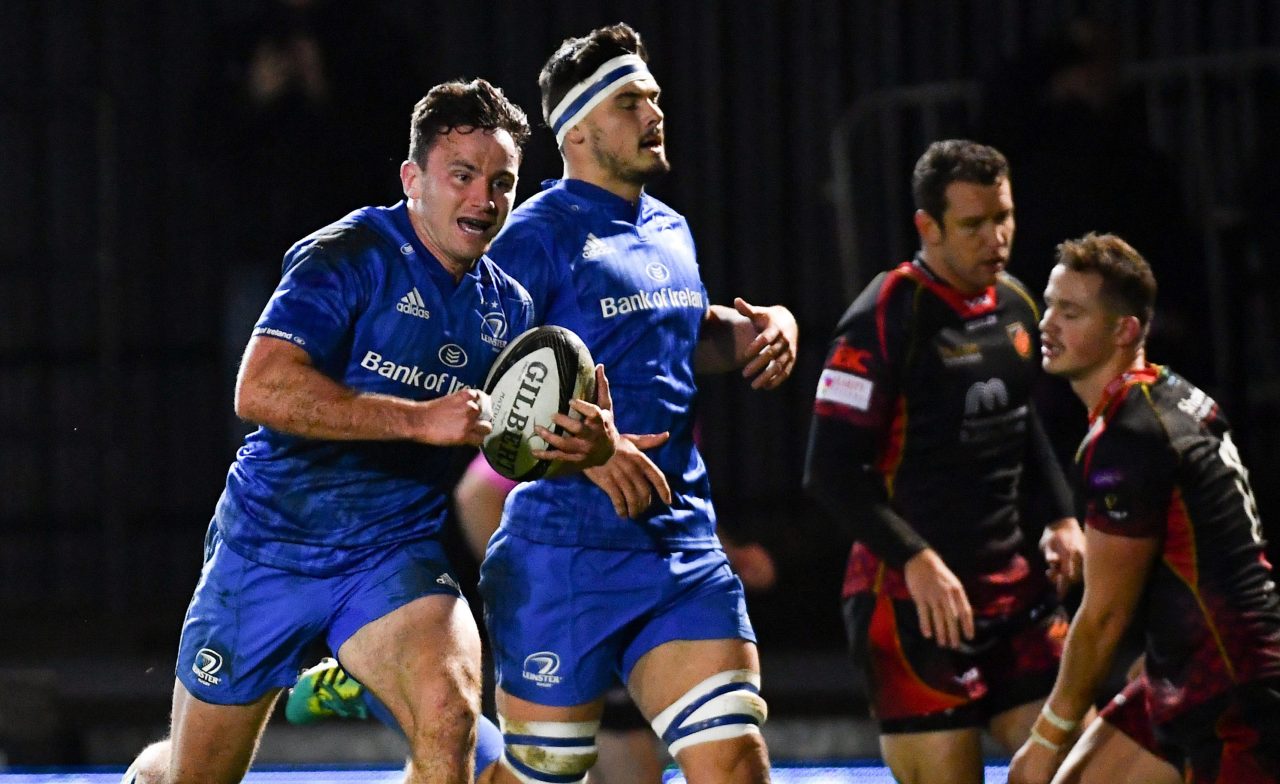 Leo Cullen’s men ran in nine tries as they broke the 50-point barrier for the second week running. Scores from Dave Kearney, teenage flanker Scott Penny and captain Scott Fardy created a 19-3 half-time lead, with a Jason Tovey penalty getting the Welshmen off the mark.

Winger Kearney was well placed to bag the visitors’ bonus point score, and although Rhodri Williams’ 45th-minute try lifted the home side, Leinster soon showed exactly why they are currently 15 points clear at the top of Conference B.

Recent Ireland debutant Ross Byrne was a central figure in the runaway triumph, kicking five conversions and setting up three tries, and second row Fardy led by example in a man-of-the-match performance. The province eclipsed their 52-10 home win over the same opponents from September.

Caelan Doris, Hugo Keenan, replacement Bryan Byrne and Jimmy O’Brien, who made his first start at outside centre, put their names to the final five tries over the closing half an hour, during which young Academy scrum half Paddy Patterson made his senior debut. He supplied the cut-out pass over the top for the first of O’Brien’s two tries.

Leinster built for their opening try when Tovey threw a misplaced at halfway, and barely a minute later, Kearney did not have to break stride as out-half Byrne’s pinpoint cross-field kick allowed him to go over untouched in the left corner. Byrne swung over the extras to turn it into a seven-pointer.

A powerful midfield burst by Conor O’Brien, which saw him hand off Tovey, had Penny hunting down the second try but despite the TMO denying him, play was brought back for a cynical offence from Dragons lock Lewis Evans who illegally prevented the score. Leinster quickly used their numerical advantage to go 14-0 up, Penny getting the touchdown this time after another strong Conor O’Brien carry and a good latch by Fardy.

Tovey’s 18th-minute penalty temporarily broke up Leinster’s momentum but they were celebrating try number three four minutes later. Jamison Gibson-Park unlocked the defence with a lovely lofted pass over Rynard Landman’s head which sent Fardy over in the right corner.

Byrne missed the conversion and a first half bonus point remained out of reach after TMO Tim Hayes ruled out a Doris effort. Bernard Jackman’s charges also pressed for their opening try as half-time loomed. Harri Keddie was just held up following a stolen lineout and they failed to convert from the resulting five-metre scrum.

The same two players combined for Leinster’s fourth try of the night just two minutes after the restart. Byrne dinked a kick towards the left corner and Kearney zoomed in to gather it and complete his brace. Scrum half Williams was up in support after a Keddie break to run in an ideal response from the Dragons from 30 metres out.

However, from then on, there was only really one team in it. TMO Davies highlighted a knock-on which denied Adam Byrne a try from a Jimmy O’Brien kick through. Leinster plunged a penalty into the corner and the forwards took over as young number 8 Doris crashed over on the back some impressive recycling.

Byrne converted to take the lead out to 33-10 and they began the closing quarter with Keenan racing in behind the posts via number 10 Byrne’s stabbed kick through which bounced up into the onrushing full-back’s hands. Try number seven saw Bryan Byrne collect Gibson-Park’s offload to score for the second time in seven days, with Ross Byrne hitting the post with the conversion.

Leinster turned to their well-drilled lineout maul to do most of the damage in the lead up their penultimate try, 12 minutes from the end. Patterson, who only turned 20 yesterday, fired out an excellent pass to send Jimmy O’Brien over in the left corner.

Replacement Ciaran Frawley converted and also topped off O’Brien’s second touchdown – set up by an overlap out wide – in the 80th minute. With the second-placed Scarlets losing to Glasgow Warriors, Leinster’s efforts in Newport have given them a 15-point lead over the Llanelli team and Ulster (both 29 points) in the Conference table. 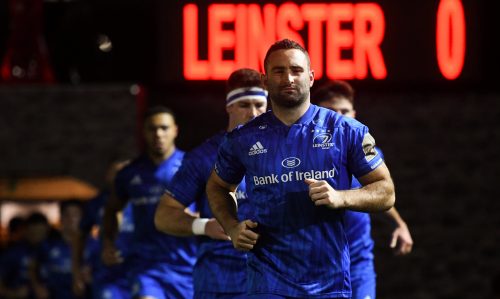 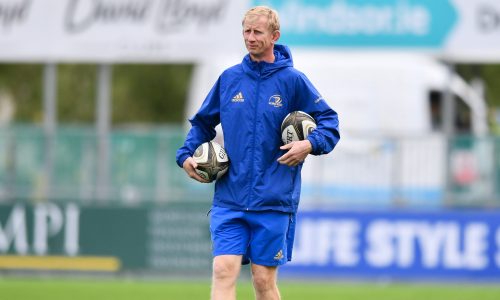 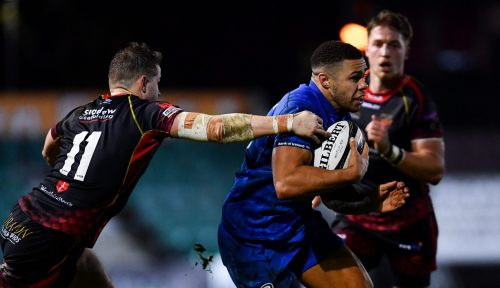 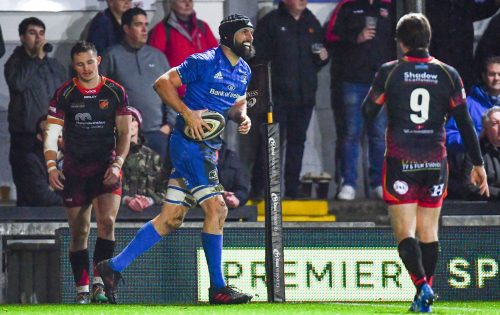 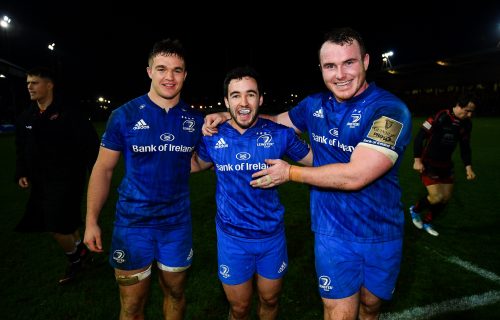 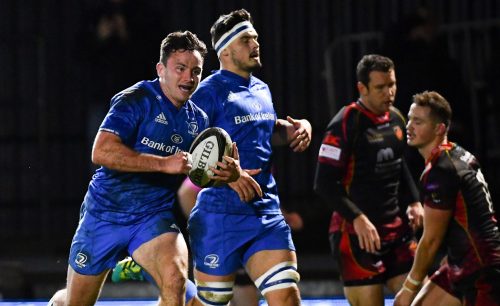 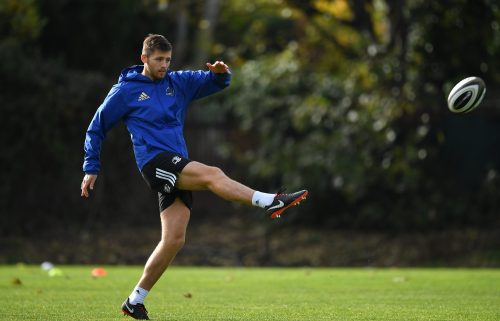 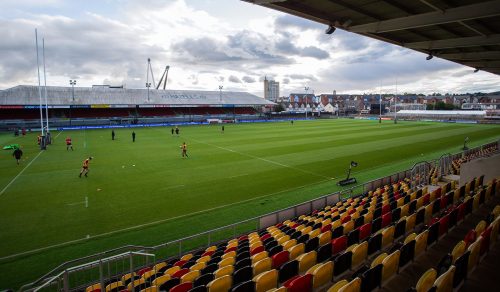 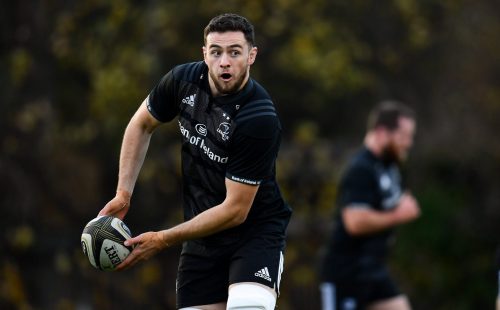 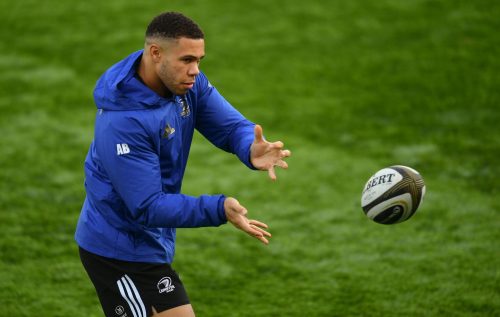 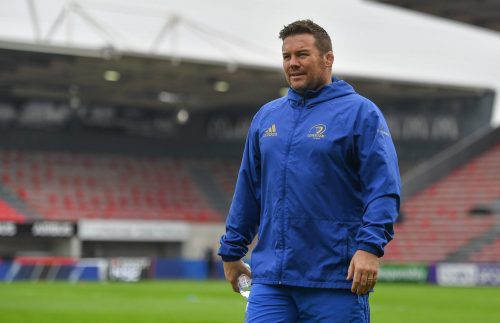 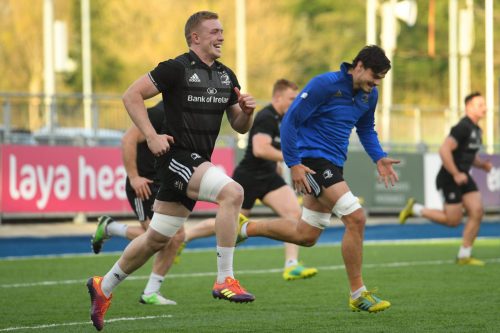 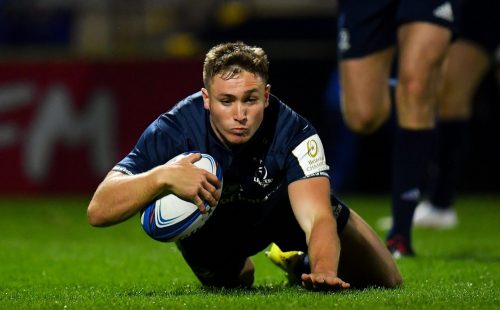