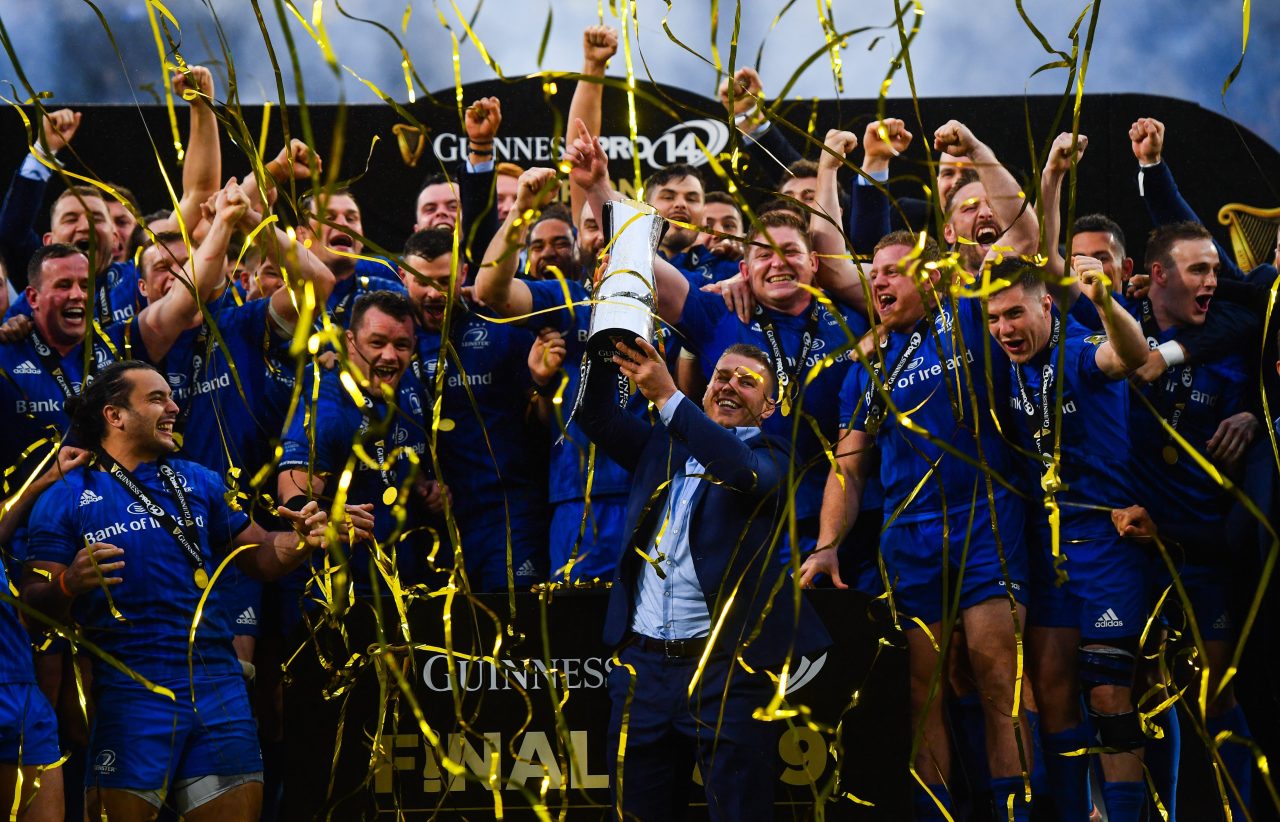 Departing flanker Sean O’Brien was given the honour of lifting the Guinness PRO14 trophy as Leinster Rugby were crowned back-to-back champions after edging out Glasgow Warriors 18-15 in a closely-fought final at Celtic Park.

Captain Jonathan Sexton added to his first half penalty with a 51st-minute strike while Glasgow centre Kyle Steyn was in the sin-bin. Rob Kearney also saw yellow during the final quarter, and although the Warriors hit back with a Grant Stewart try with six minutes left, Leinster’s workhorse pack sealed the deal with an impressive late spell of ball retention.

A PRO14 final record attendance of 47,128 watched Leinster end the season with their sixth PRO14 title, moving them two clear of the Ospreys. A total of 57 players were used by the province as they topped Conference B and saw off the play-off challenges of arch rivals Munster and fellow table toppers Glasgow.

With home city advantage and the backing of a very vocal crowd, Glasgow quickly bared their teeth in attack as Steyn and Exeter Chiefs-bound full-back Stuart Hogg found space in the defensive line. Leinster scrambled well, though, and Sexton’s early penalty miss let Fraser Brown off the hook for not releasing the tackler.

A deflected clearance kick from James Lowe almost turned into a dangerous break from deep as Rhys Ruddock flicked the ball back to Ringrose and he linked with Sexton as Cullen’s side suddenly flooded forward. However, Sexton’s short pass was knocked on by the otherwise accurate Jack Conan, who was part of excellent back row trio alongside Ruddock and Josh van der Flier.

As the tempo increased, Glasgow showed the form from their semi-final victory over Ulster with a well-crafted 13th-minute try. It was a forwards-inspired effort as second row Jonny Gray stole a lineout, Scott Cummings carried hard to give them momentum amid a flurry of carries and number 8 Fagerson picked and crashed over with Adam Hastings converting.

Five of those points were clawed back in swift fashion thanks to the alertness of Luke McGrath and Ringrose. The scrum half blocked Hogg’s attempted clearance from the restart and Ringrose rushed in to touch down the loose ball as it spun towards the right corner. Sexton missed the difficult conversion but Leinster were on the board, 15 minutes into this end-to-end encounter.

A Hastings penalty goal rewarded an initial break by Steyn, with Jordan Larmour and Ringrose doubling up to deny DTH van der Merwe a possible try. Trailing 10-5, Leinster upped the ante through their pack as Glasgow adjusted to the unfortunate injury-enforced loss of hooker Brown. The Heineken Champions Cup runners-up went through the phases before Healy powered over through Rob Harley’s attempted tackle close to the line.

Leinster’s scrum got the upper hand, setting up a long range penalty which Sexton nailed for a 15-10 advantage with his best kick of the final. Glasgow continued to look lively in attack, attempting to create opportunities for their backs, but Larmour laid down another marker by tackling van der Merwe into touch to signal half-time.

Handling conditions worsened on the resumption, although Robbie Henshaw was growing in influence as he found a good touch on the right and then popped up with a strip in the tackle. His centre partner Ringrose and Lowe pounced on a loose pass to launch a thrilling 50-metre break which ended with Steyn not rolling away deep in his 22 and earning a yellow card.

Glasgow held out after Leinster went for the corner and a lineout maul, only for Harley to infringe closer to the posts and Sexton’s place-kick put eight points between the sides. The out-half’s brilliantly-weighted kick then forced Glasgow to play from behind their try-line and Henshaw and James Ryan rushed in to bring down Callum Gibbins and force a five-metre scrum.

Amid a series of reset scrums, Leinster turned down a kickable penalty and Glasgow – and the home fans – breathed a collective sigh of relief when McGrath knocked on at the base of a subsequent ruck. The pressure was back on the Leinster defence when a mistimed challenge for a high ball saw Kearney take out his opposite number Hogg with 15 minutes remaining.

Despite losing their full-back to the bin, Leinster, who previously won back-to-back PRO14 crowns in 2013 and 2014, held firm with Ringrose and Henshaw holding up Steyn to win vital possession back for the title holders.

A wheeled scrum resulted in a clearing penalty for Sexton, and as Cullen unloaded his bench, the blue-clad pack ate up time on Kearney’s yellow by putting their noses to the grindstone and carrying through 20-plus phases.

A relieving penalty and Huw Jones’ decibel-raising break got the Scots back in contention, their quick passing putting replacement hooker Stewart over in the right corner. Hastings missed the conversion on the near side, though, and Leinster’s defence kept the three-point gap in place, forcing a final knock-on before they wound down the clock and Ross Byrne’s touchfinder sparked jubilant celebrations. 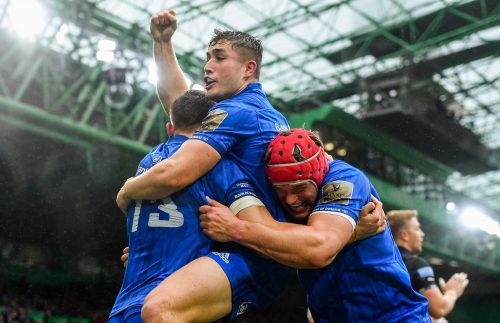 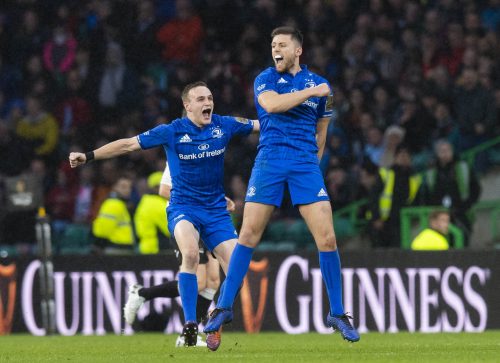 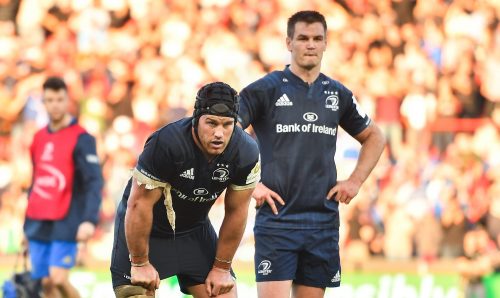 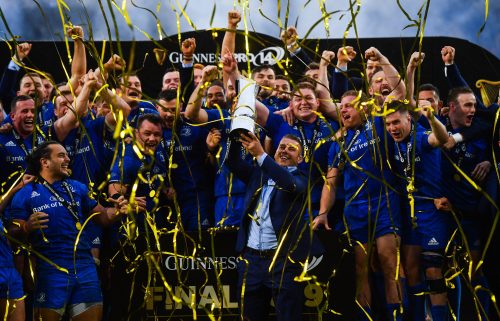 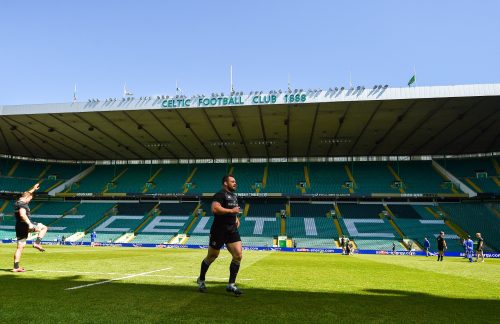 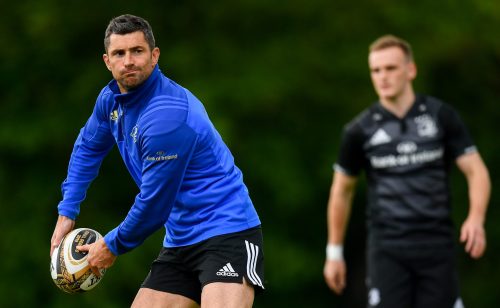 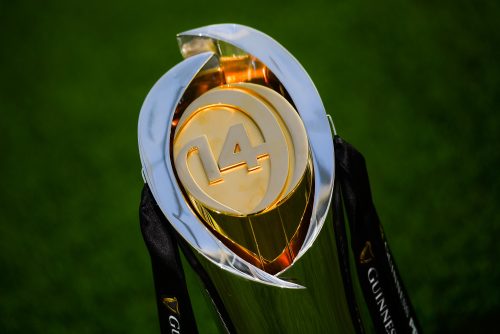 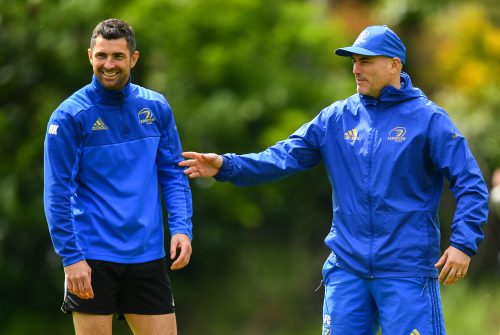 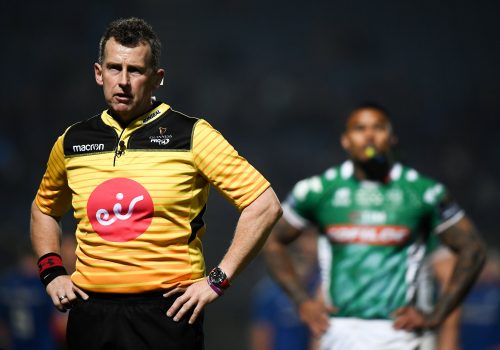 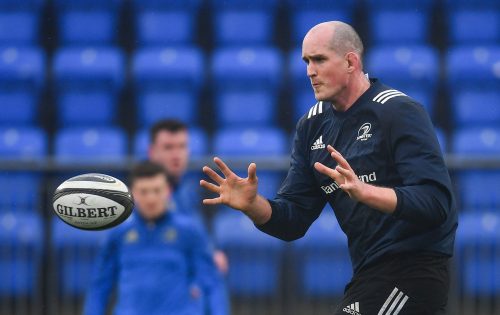 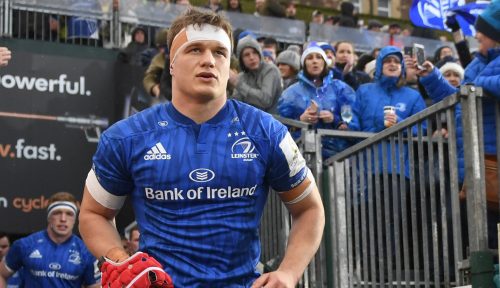