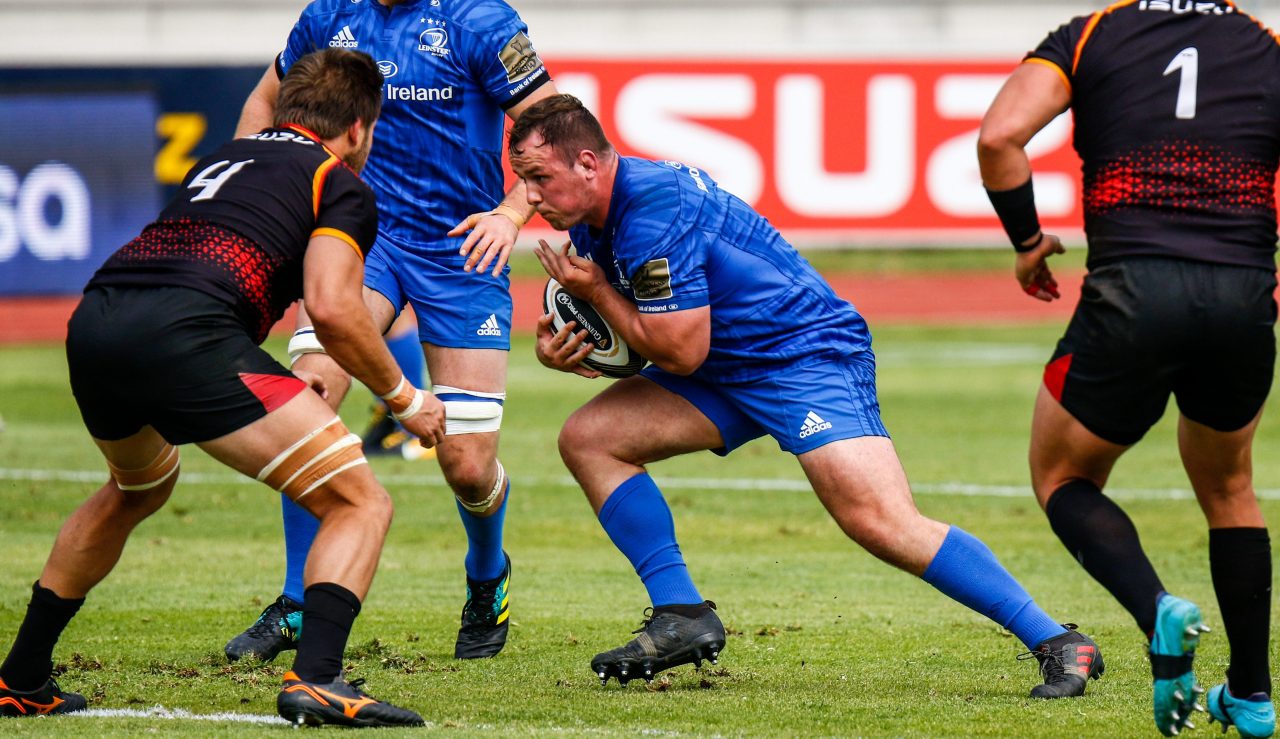 Three tries in the final four minutes of the first half proved vital as Leinster Rugby defeated the Isuzu Southern Kings 38-31 in an action-packed 11-try encounter at Madibaz Stadium in Port Elizabeth.

Taking advantage of Scarlets’ loss to Edinburgh, Leo Cullen’s men pushed nine points clear at the top of Conference B thanks to their six-try display in South Africa. However, the concession of five tries was a disappointment especially as the Kings had four players sin-binned – three in the first half.

The opening 40 minutes ended with Leinster leading 33-12, Adam Byrne’s second try in as many games and a scrum-won penalty try giving them a narrow advantage before the hosts’ indiscipline was punished with Jamison Gibson-Park’s fourth try in this season’s Championship and two more from back rowers Dan Leavy and Max Deegan.

Hooker Bryan Byrne completed Leinster’s haul with a 63rd-minute try, which was an important one in the end as the resilient and hard-running Kings bounced back with three second-half tries to earn a brace of bonus points, lifting themselves off the bottom of the Conference B table.

The visitors lined out with seven personnel changes from last week’s bonus point success in Treviso, and were captained by Scott Fardy for the first time in a competitive match. The Kings went ahead in the second minute, winger Yaw Penxe pouncing on a loose ball to touch down after a Martin du Toit kick had caused problems for the Leinster defence.

The difficult wind contributed to Masixole Banda’s missed conversion, and it was a similar issue for Noel Reid when he attempted to convert winger Byrne’s 15th-minute try in the right corner. Reid had dinked a kick through which Rory O’Loughlin did well to gather and fed Byrne who showed good strength to finish off the opportunity.

James Tracy missed out on a try via a TMO review, with the hooker adjudged to have lost the ball in contact, but the resulting scrum earned Leinster a 24th-minute penalty try. As the penalties stacked up, overlapping yellow cards for forwards Stephan Greeff and Schalk Ferreira had the South Africans briefly down to 13 men.

Scrum half Stefan Ungerer lifted his side with a timely intercept try, only for Leinster to grab the game by the scruff of the neck with that three-try blitz in the lead up to the break. Joe Tomane played in Gibson-Park for the first of them and then prop and Guinness Man of the Match, Ed Byrne, charged down a kick and Leavy was up in support to take the offload and bag the bonus point score.

Kings flanker Tienie Burger saw yellow for a tackle without the ball, and there was still time left in the first half for Deegan to go in under the posts via a slick move from a scrum involving the young number 8, Gibson-Park and replacement Tom Daly who angled his run superbly and supplied the try scorer with the final pass.

Out-half Reid was pinpoint accurate with all three conversions, opening up a 21-point lead. Nonetheless, the Leinster back-line had to be rejigged with O’Loughlin and Tomane both going off injured and Daly and Ciarán Frawley sent on from the bench.

A second score from Ungerer launched the Kings’ comeback bid, two minutes after the restart. Although Leinster failed to turn a five-metre scrum into another try, they were able to build through the phases for hooker Byrne to power over, early in the final quarter. It was a double-scores lead at 38-19, but the province’s finish was far from comfortable.

Berton Klaasen and CJ Velleman combined to set up Lupumlo Mguca’s close-range try, which earned a 71st-minute bonus point for Deon Davids’ charges. Despite losing Klaasen to the bin for a deliberate knock-on, they added a fifth try through their Italy-capped replacement Dries van Schalkwyk, who profited from full-back Banda’s break. 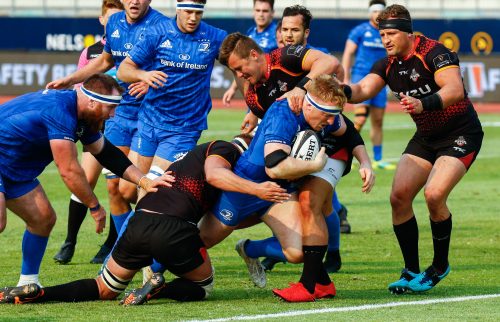 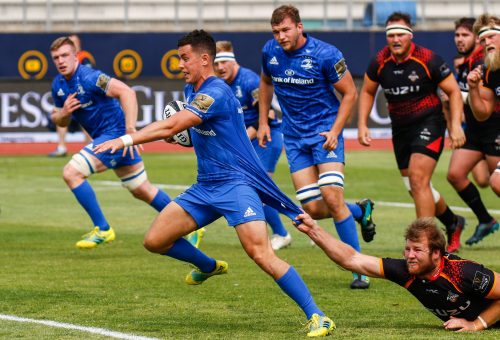 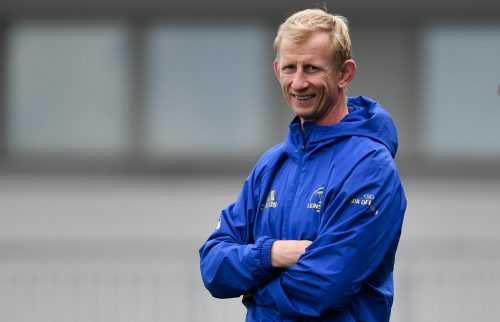 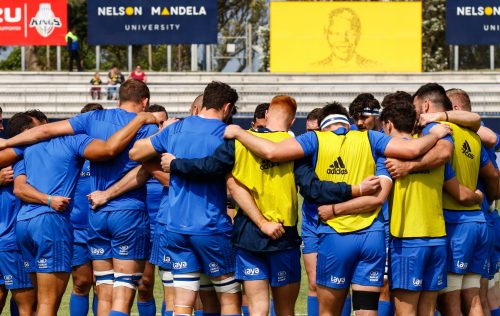 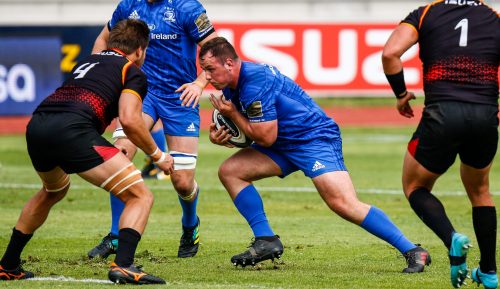 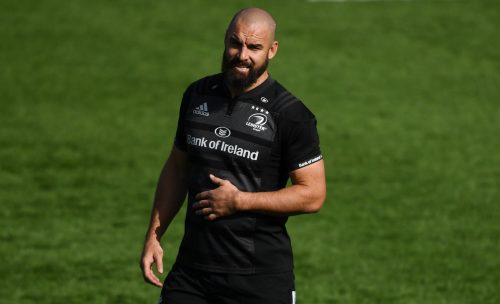 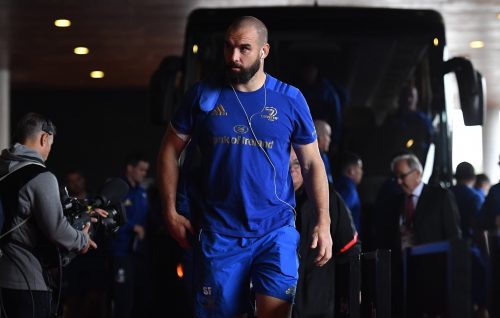 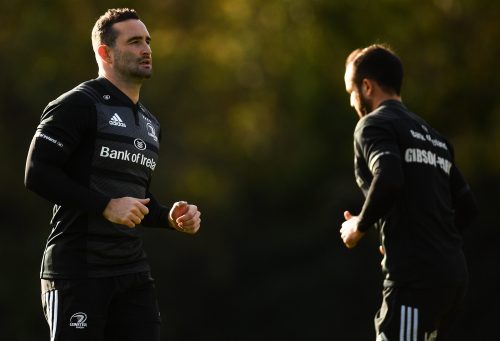 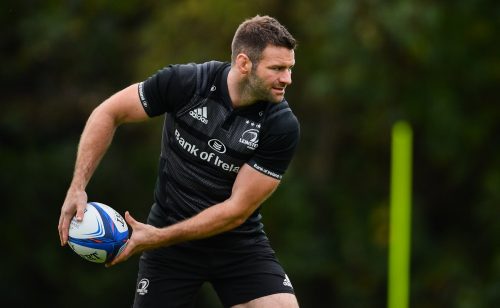