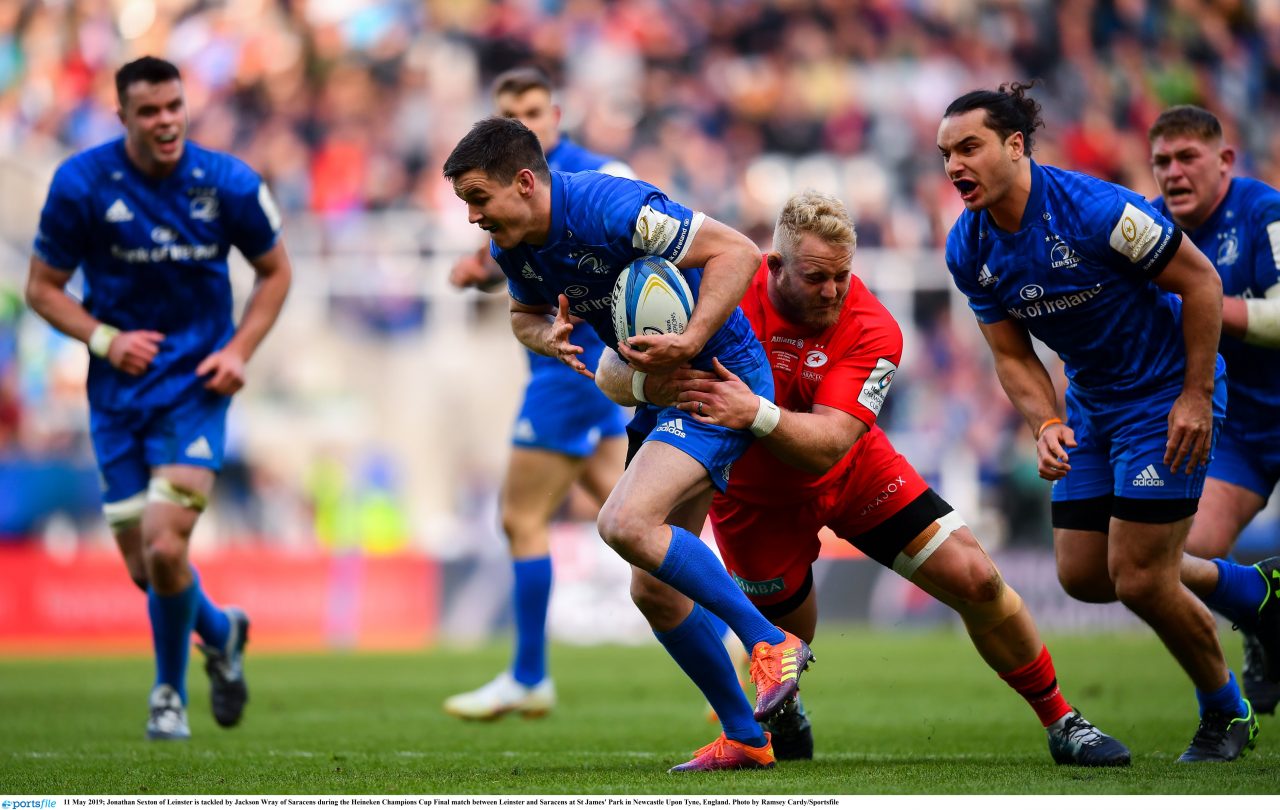 Number 8 Vunipola scored under the posts from a close-in scrum, completing a run of 20 unanswered points from Mark McCall’s power-packed team who clinically took their chances and prevented Leinster from adding to their tally during an attritional second half.

The blue hordes in St James’ Park were delighted to see Tadhg Furlong cross for a 31st-minute try on his 100th appearance, adding to captain Johnny Sexton’s early penalty. However, Saracens crucially drew level at 10-all for half-time, Owen Farrell kicking a penalty and sending Sean Maitland over just before the break.

Sarries also thwarted Leinster’s strong start to the closing 40 minutes with Garry Ringrose smothered in a tackle and Liam Williams claiming a potentially try-saving turnover. Their attack was just as sharp, racking up a decisive 10 points during Scott Fardy’s sin-bin period as Farrell and Vunipola combined to secure their club’s first victory over Leinster in four meetings.

Sexton had provided a swift third-minute score for Leo Cullen’s charges, rewarding Devin Toner’s clever dummy at a lineout which drew Saracens offside. Toner was heavily involved in the opening exchanges, while Saracens were first to threaten with ball in hand through Welsh winger Williams.

Leinster absorbed further pressure from an Alex Lozowski half-break and a central scrum, Robbie Henshaw scooping up a poach and Jordan Larmour brilliantly countering from Luke McGrath’s ball-dislodging tackle on an advancing Alex Goode, who was confirmed as the EPCR European Player of the Year afterwards. Larmour continued to impress with a fine aerial catch.

Although a couple of penalties launched Sarries forward, Fardy was able to disrupt their lineout and Brad Barritt, the eventual man-of-the-match, coughed up a penalty right in front of the Leinster posts. Credit to both defences, their infectious work-rate and organisation gave very little away entering the second quarter as the anticipated arm-wrestle developed.

It took a superb 20-plus metre break from Rob Kearney to ignite Leinster’s attack and Saracens, under serious pressure, conceded three successive penalties close to their try-line. Cian Healy was held up from a close-in ruck – TMO Philippe Bonhoure could not see a grounding – and the yellow-carded Maro Itoje paid the price for two offsides in scoring range.

Leinster went for the jugular, turning down the kick at goal in favour of a scrum near the posts. Jack Conan and Sean O’Brien drew them closer with carries before Furlong successfully burrowed over with Fardy on the latch. Sexton converted and Sarries called for front row reinforcements with the injured Mako Vunipola and Titi Lamositele both making way.

Tellingly, their replacement tighthead Vincent Koch made a big impact, breaking into the Leinster 22 and although Fardy won a relieving penalty, the South African got his hands over the ball at a subsequent ruck to give Farrell his first place-kick. He duly delivered the three points and the 2016 and 2017 champions had more in the tank before referee Jérome Garcès’ half-time whistle.

With Billy Vunipola winning a high ball and then milking a penalty, Sarries moved back to the Leinster 22-metre line and a strong spell of forward pressure was rewarded when Farrell’s flicked pass put Maitland over near the left corner. Farrell added the difficult conversion, hammering home the psychological blow as Leinster’s hard-earned lead was completely wiped out.

Encouragingly, Leinster were quicker out of the blocks on the restart, but Furlong was stripped of possession as they attacked close to the Sarries posts.

The excellent Healy foraged at the breakdown to win a relieving penalty at the other end, yet it was advantage Saracens after another big set of phases from their forwards. Jackson Wray charged through into open territory before James Tracy tigerishly kept out Richard Barrington from close range.

During Fardy’s sin-bin period, Farrell booted his side in front for the first time at the 58-minute mark. The final quarter was a huge dog-fight and Saracens managed to hold the edge over 14-man Leinster.

Maitland was perhaps fortunate to avoid the bin having collided with Kearney’s head in the air, but Sarries pressed on and Vunipola’s speed and strength off the base of a scrum saw him stretch out and make it a two-score lead.

Time ebbed away with Leinster contained in and around their own 22, despite the best efforts of Lowe, Larmour and Henshaw to break from deep. They were unable to manufacture another scoring opportunity and Saracens could not be budged, confirming themselves as Europe’s best this season after an unbeaten nine-match campaign. 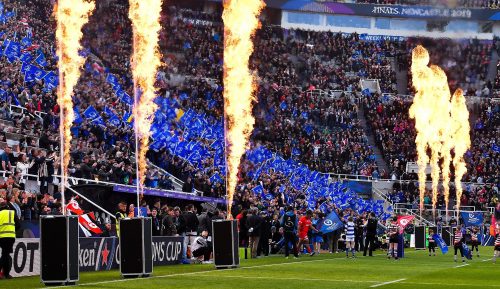 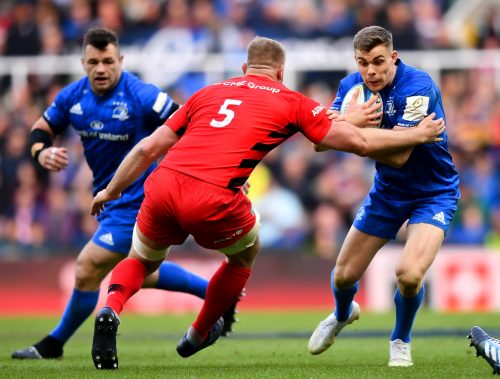 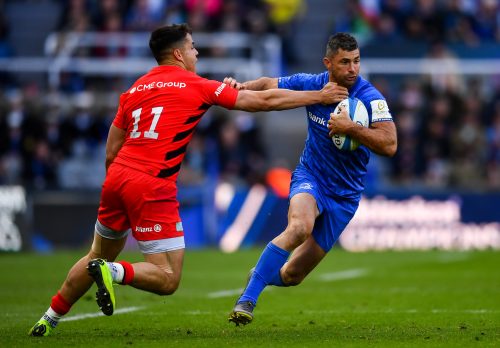 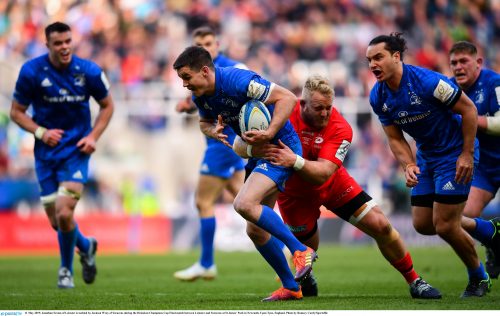 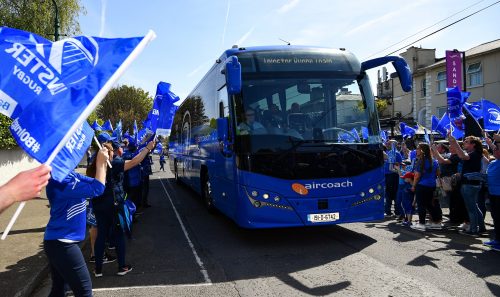 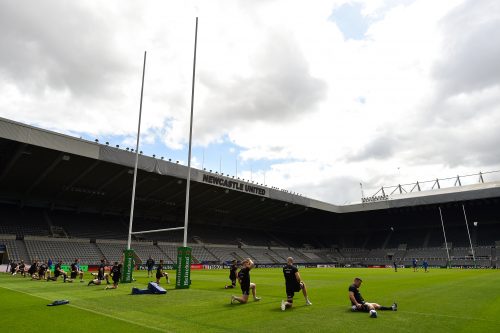 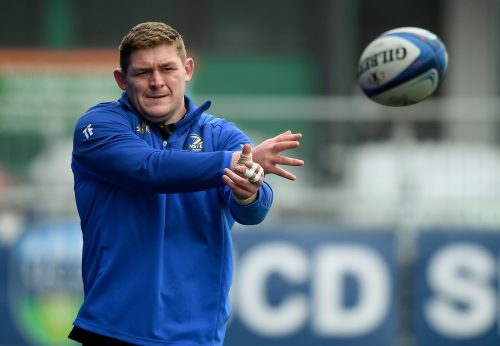 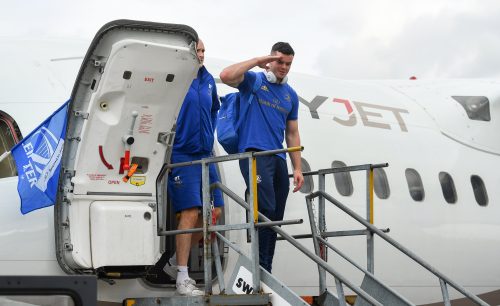 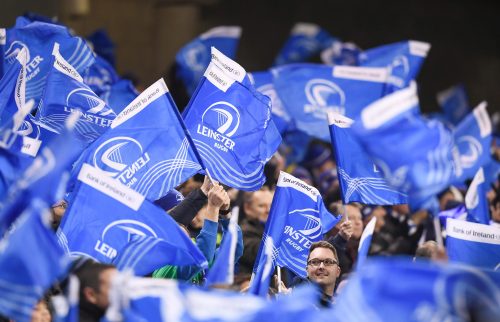 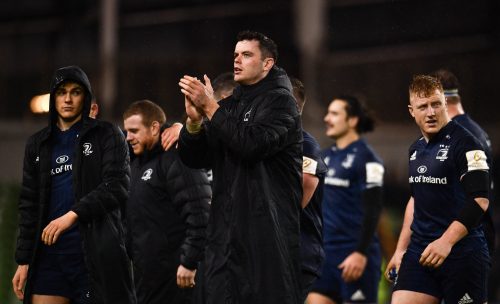 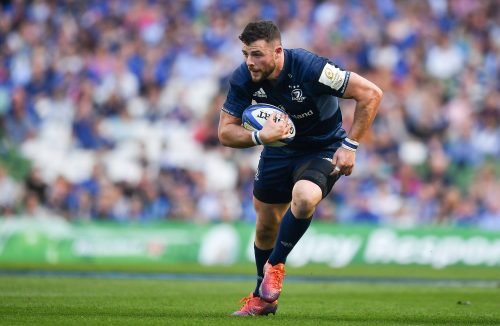 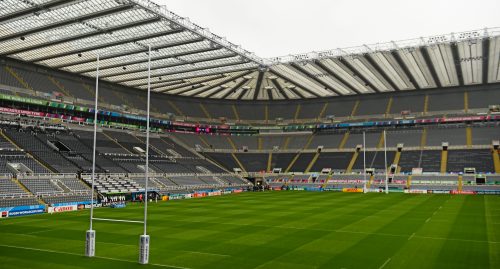 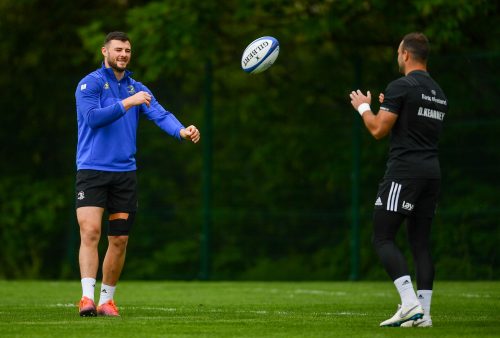 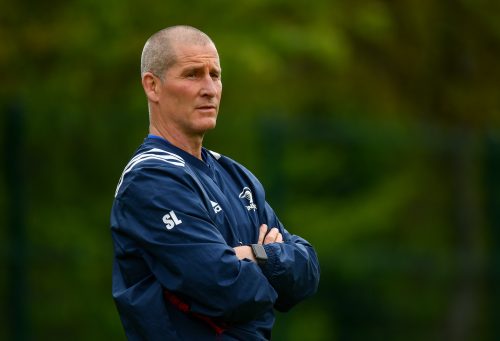 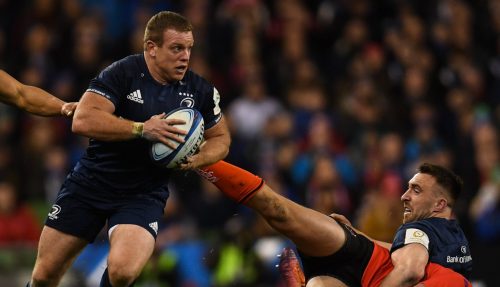