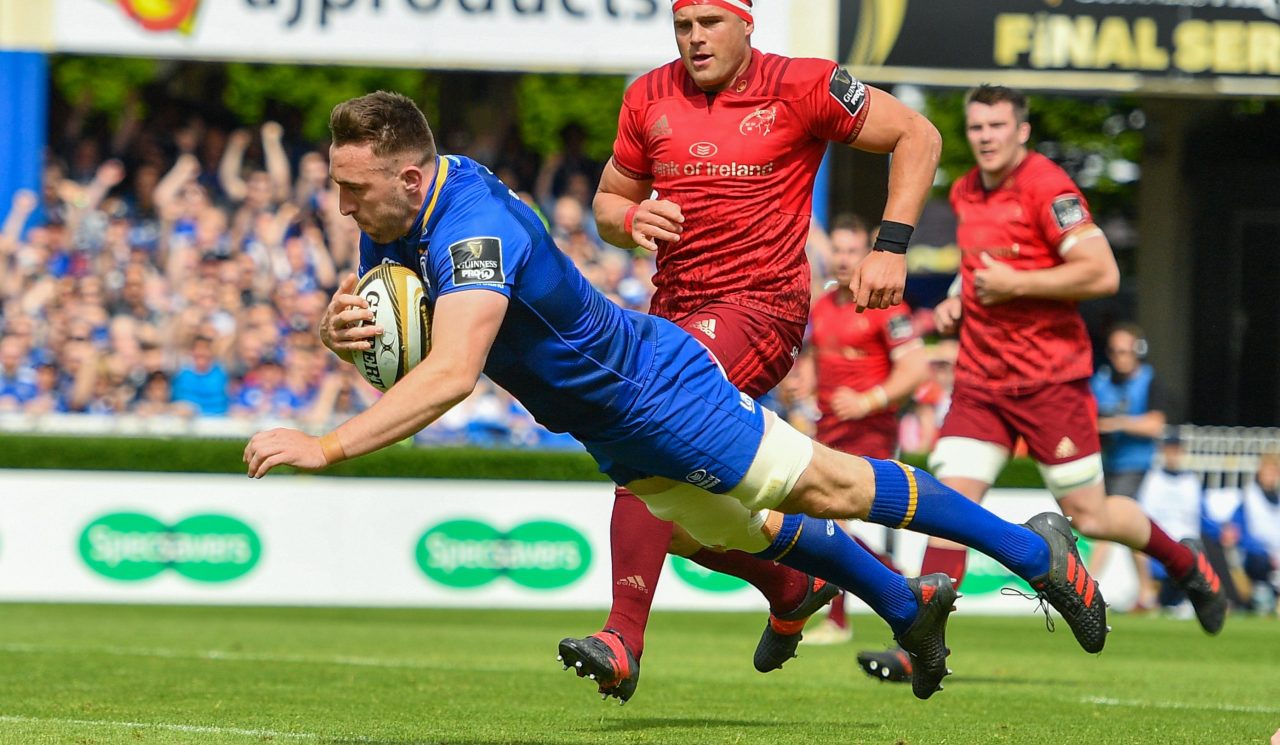 Leinster still have a domestic and European double in their sights after winning a pulsating GUINNESS PRO14 semi-final 16-15 against Munster at the RDS.

Gerbrandt Grobler’s late try set up a nerve-jangling final minute, but the Champions Cup winners prevailed to set up a rematch with the Scarlets, the defending PRO14 champions, in next Saturday’s final at the Aviva Stadium (kick-off 6pm).

A seventh minute try from Jack Conan was the difference between the sides at half-time, Leinster establishing a 10-3 lead with JJ Hanrahan and Ross Byrne exchanging penalties in front of an 18,930-strong crowd.

A momentum-shifting try from Keith Earls, two minutes into the second half, took the heat out of Jean Kleyn’s sin-binning. However, Byrne’s second penalty and a 76th-minute place-kick from Joey Carbery proved just enough for the hosts in what was captain Isa Nacewa and Jordi Murphy’s final game in blue at the Ballsbridge venue.

Having missed out on last week’s European decider, James Lowe quickly made his mark on today’s interprovincial clash with two superb carries, twice leaving Simon Zebo on his backside, before the Kiwi winger’s slick offload sent Conan over to the left of the posts.

Full-back Carbery converted and the omens were not good for Munster, a knee injury forcing Jack O’Donoghue off and Jordan Larmour taking advantage of a slip by Earls to threaten on the right wing.

Out-halves Hanrahan and Byrne swapped penalties, with CJ Stander and Rory Scannell increasing their influence for the visitors, who had Sam Arnold to thank for a terrific try-saving tackle on man-of-the-match Lowe.

Although Munster had Leo Cullen’s men scrambling from a scrum penalty and Conor Murray’s pacy break, Zebo blew an overlap opportunity and Hanrahan miscued his second shot at the posts in the 27th minute.

The abrasive visitors also left points behind them when Stander was held up by a combination of James Ryan and Luke McGrath, and lock Kleyn’s illegal clear-out on Byrne resulted in a yellow card.

Munster roared back on the restart, experienced winger Earls expertly touching down near the left corner despite the presence of two defenders. Zebo cleverly set up the score which had roots in replacement Robin Copeland’s initial turnover.

Replacement Ian Keatley’s missed conversion was followed by a Byrne three-pointer at 13-8, both packs landing blows with Munster thwarting the hosts’ maul and then Leinster winning a scrum penalty which Byrne pushed wide.

Carbery, who had closed off a dangerous kick chase from Zebo, did not have the distance from a 49-metre penalty attempt, while Munster turned down a kickable shot and Leinster succeeded in disrupting the subsequent lineout.

Desperate to avoid a second semi-final defeat of the season, Munster stormed back with Zebo and Earls still full of running. TMO Neil Paterson confirmed Grobler’s try at the base of the right-hand post. Keatley’s conversion suddenly had the margin down to a single point, but Leinster replacement Max Deegan latched onto a ruck ball to force a final penalty and end Munster’s breathless comeback bid. 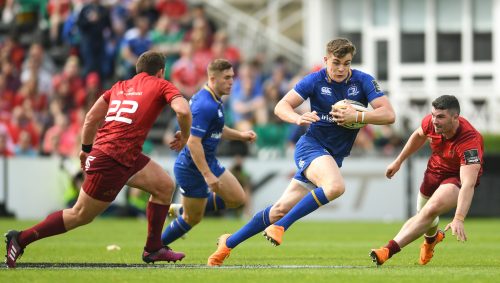 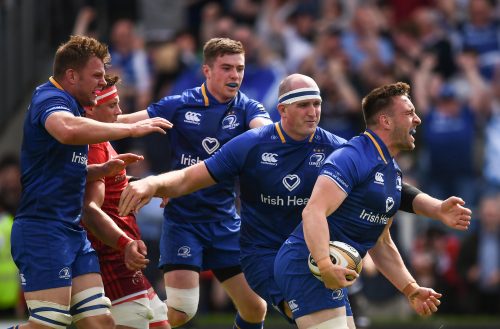 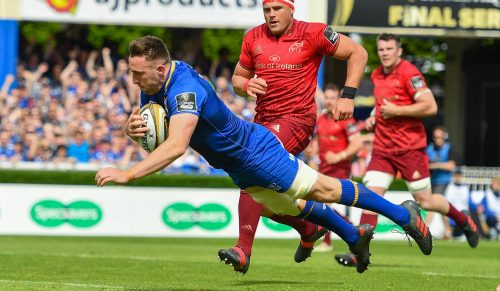 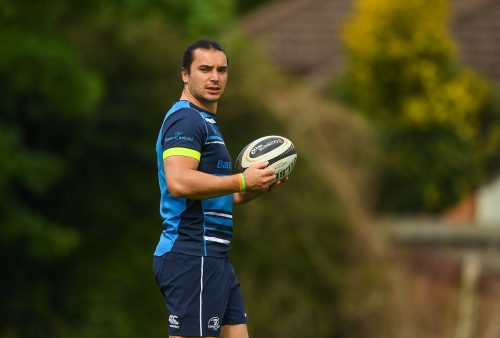 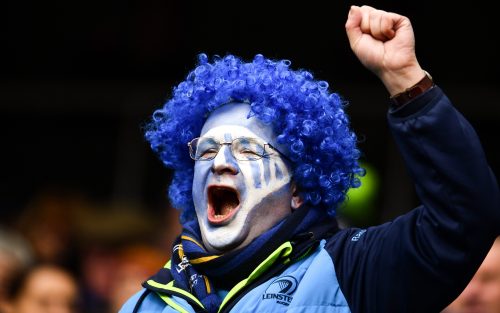 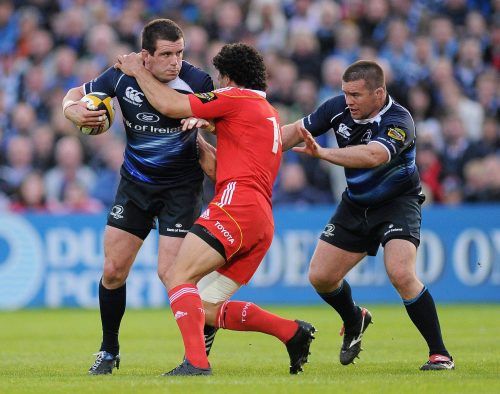 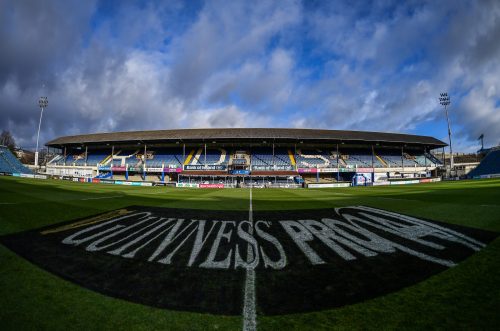 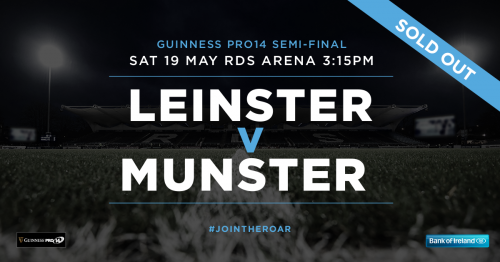 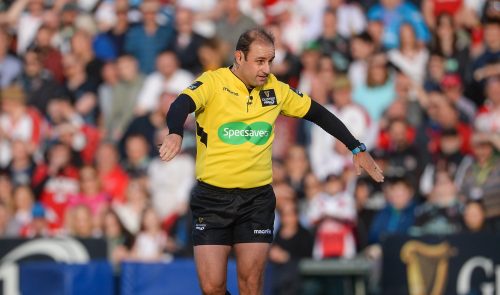 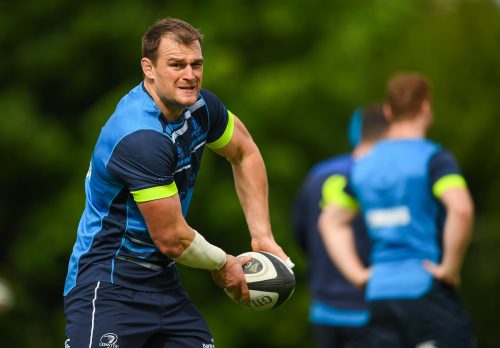 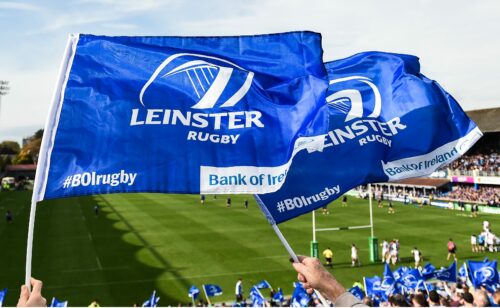 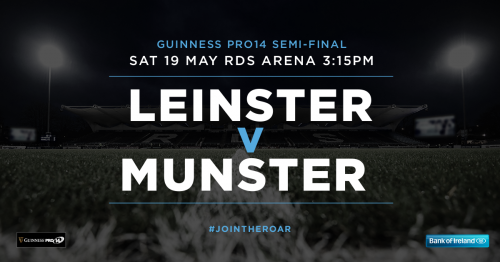 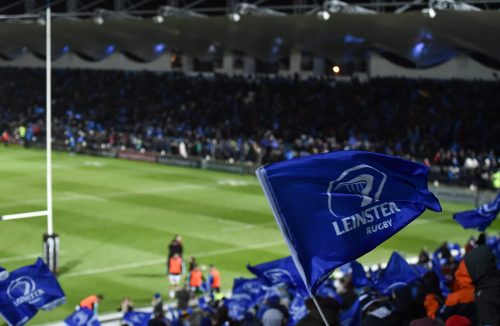 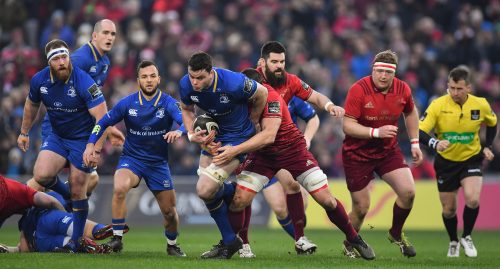 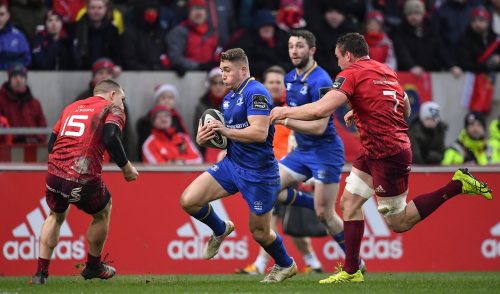