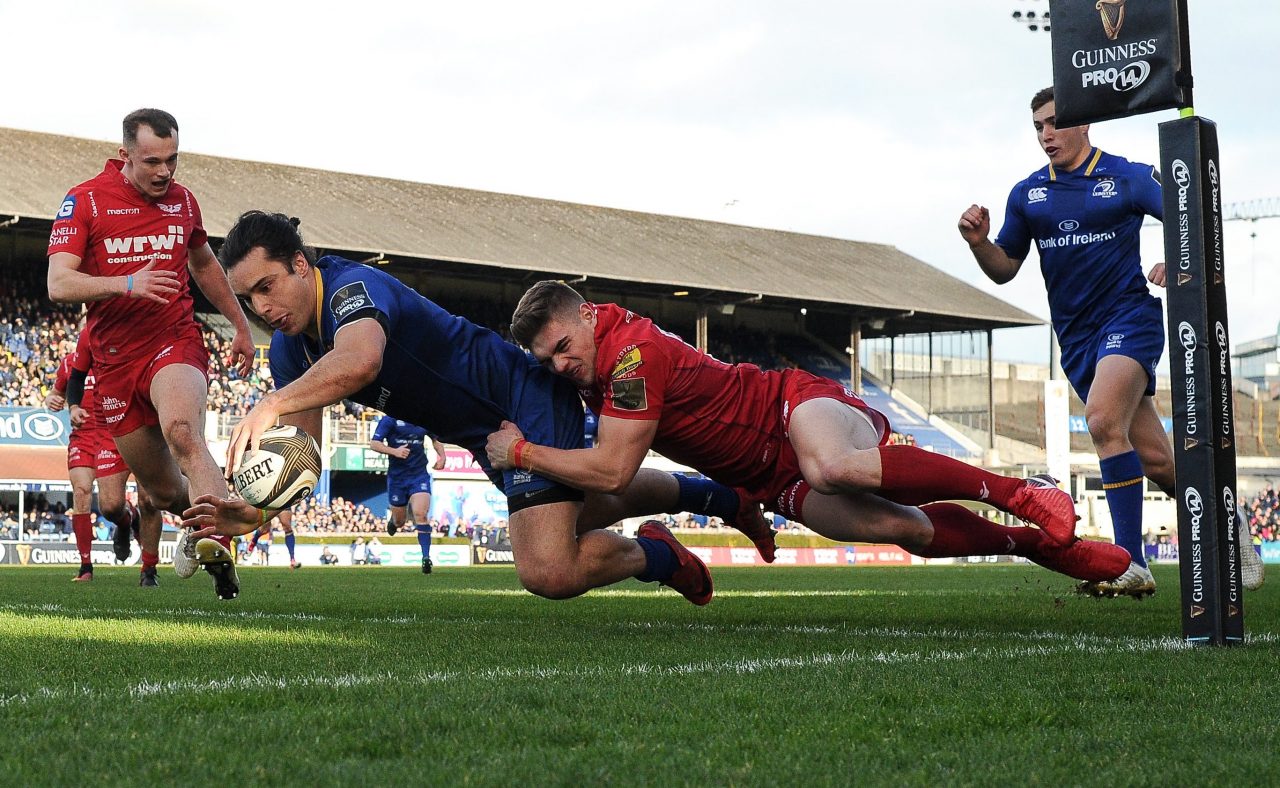 Leinster moved three points clear of the Scarlets at the top of GUINNESS PRO14 Conference B after beating the Welsh side 20-13 at a sunny RDS.

Johnny McNicholl’s sixth-minute try shot the Scarlets ahead but Leinster made the most of their opportunities, as man-of-the-match James Lowe’s brace of unconverted tries, after 18 and 34 minutes, gave them a 10-7 lead at the break.

Lowe then turned provider for Luke McGrath’s try just after the restart. Leinster’s 20-year-old debutant Ciaran Frawley kicked the conversion and a 69th minute penalty, but two place-kicks from Dan Jones – the second with the last kick of the game – earned the Scarlets a hard-earned losing bonus point.

Jordi Murphy led Leinster out on the occasion of his 100th appearance, with the hosts seeking some revenge for last season’s semi-final loss to the Welshmen, and both sides – weakened due to Six Nations commitments – looking to bounce back from away defeats last week.

Lowe was the game’s most prominent figure early on, gobbling up a McGrath kick and twice gaining good ground with carries before Tadhg Beirne and Murphy exchanged ruck penalties.

Former Leinster forward Beirne, who was a real talisman for the defending champions, then popped up in attack as the Scarlets opened the scoring with a slick try down the short side. Beirne’s back row colleague James Davies fixed the defence and freed up full-back McNicholl to go over in the left corner.

Jones’ successful conversion was followed by McNicholl’s departure as he injured his right shoulder in the act of scoring. Leinster used their maul to very good effect in response, creating space in midfield for Adam Byrne’s looping pass to send Lowe raiding over in the corner, cutting the gap to 7-5.

Ross Byrne’s conversion attempt came back off the post, before Leinster, who introduced Frawley for injured centre Rory O’Loughlin, were able to absorb further pressure from the Scarlets, the Antipodean duo of Scott Fardy and Lowe growing in influence and then combining for the latter’s second try.

Fardy stole a mistimed Scarlets lineout and popped up soon after to charge down Jonathan Evans’ attempted clearance kick, with quick ball allowing Lowe to finish powerfully out wide past the despairing Evans and Werner Kruger.

Barely a minute into the second period, the ever-eager Lowe used a kick return to ride a tackle from Corey Baldwin along the left touchline and pass back inside for scrum-half McGrath to stun the Scarlets with a quick-fire try, converted with aplomb by Frawley who took over the kicking duties.

Leinster squeezed the Scarlets for territory until a high tackle from Ross Byrne allowed his opposite number Jones to make it a seven-point game, nailing a well-struck penalty towards the end of the third quarter.

Continued pressure on the Scarlets lineout led to a crooked throw and then another Fardy steal, with a subsequent penalty from openside Davies allowing Frawley to restore the 10-point advantage with as many minutes remaining. Frawley stepped in at half-back alongside Nick McCarthy, who was introduced after McGrath was forced off through injury.

However, the Scarlets’ front row reserves earned their corn with a strong scrummaging display in the closing stages, twice winning kickable penalties. Jones pulled the first effort wide, but he was successful with the latter one as the visitors picked up a point despite finishing the contest with 14 men due to Tom Prydie’s leg injury.

Leinster are back at the RDS Arena next Friday to face the Southern Kings (KO 7.35pm). Tickets are available now from €23/10. 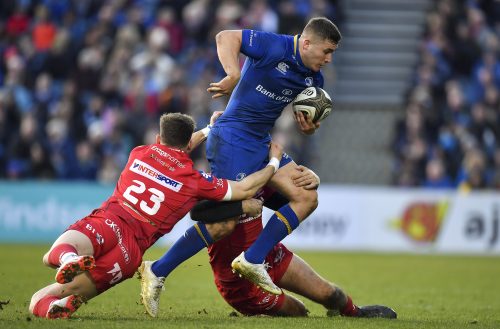 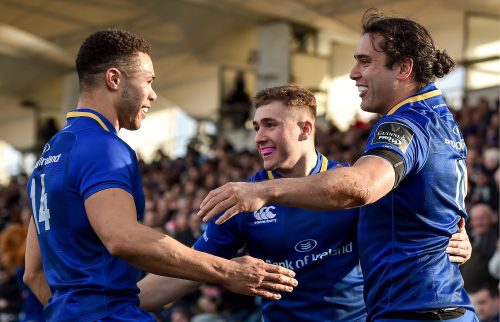 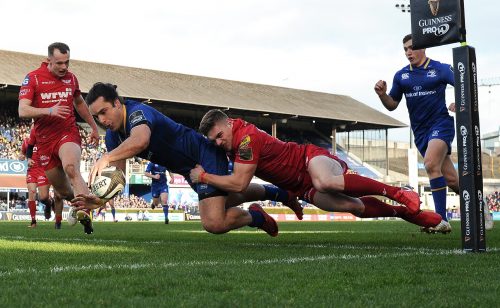 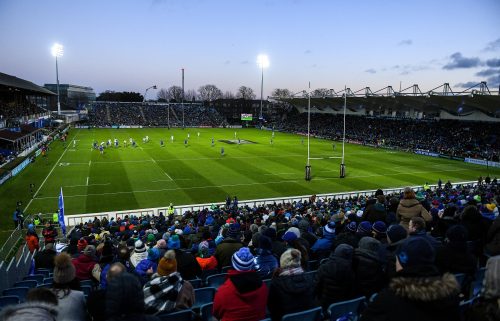 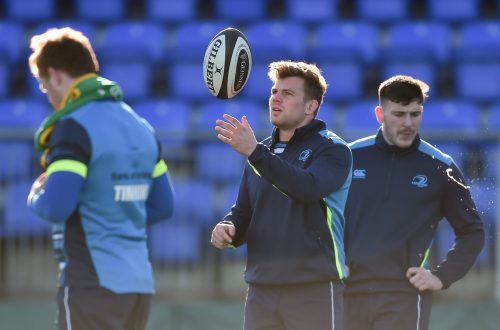 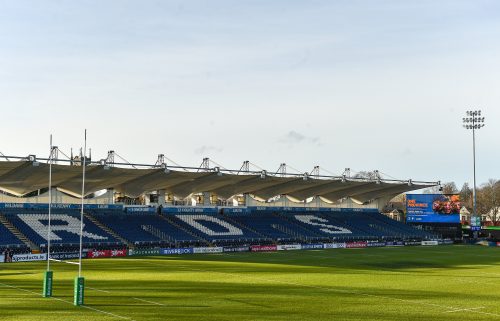 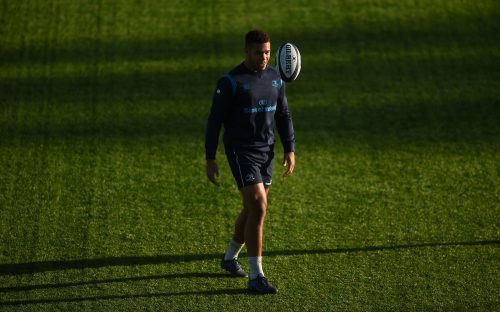 Injury update ahead of Scarlets 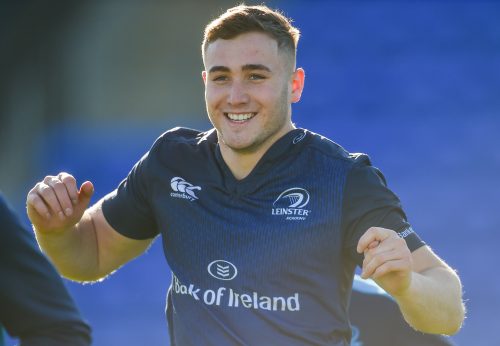 Gallery: Squad training at Donnybrook ahead of Scarlets