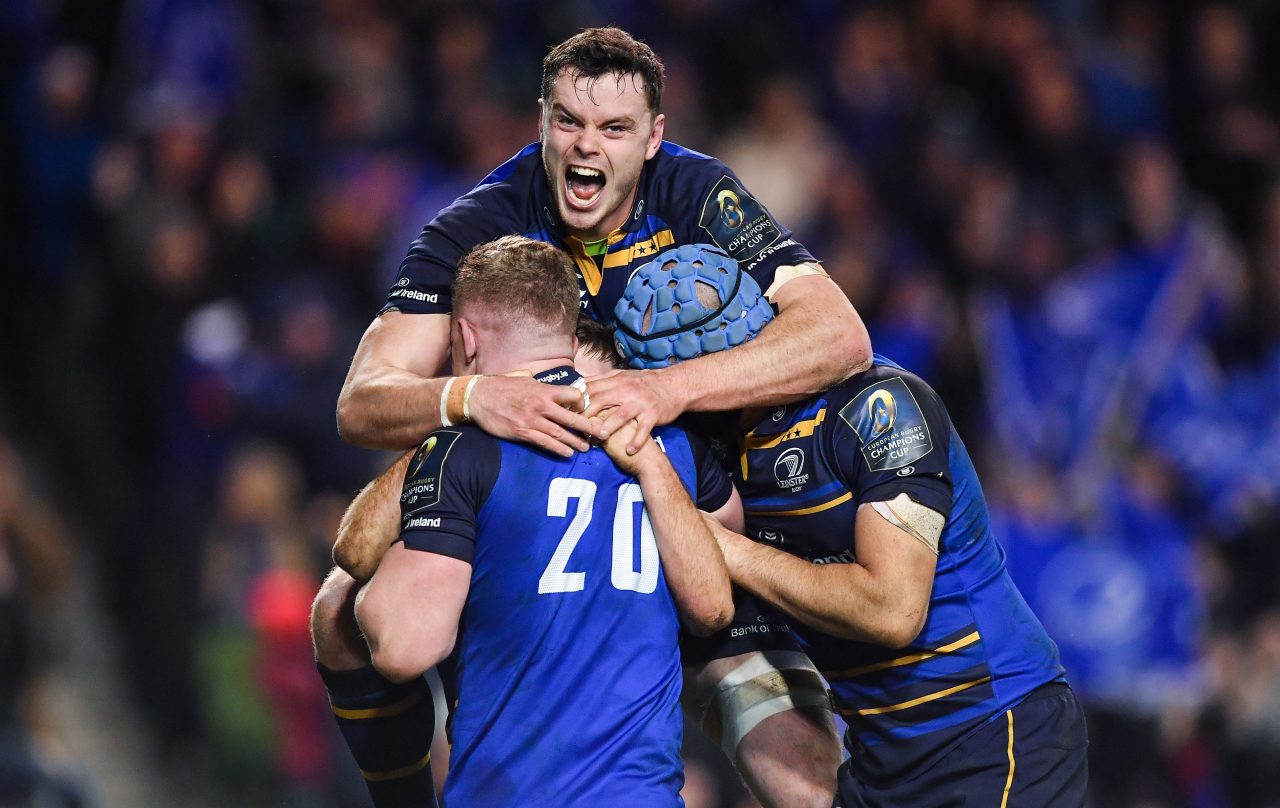 A tenacious fight-back from 14 points down saw Leinster complete a Champions Cup double over Exeter Chiefs, with Luke McGrath’s 65th-minute try proving crucial in a 22-17 win at the Aviva Stadium.

Stung by last Sunday’s 18-8 defeat in Devon, the English champions had the result within their grasp when converted tries from Sam Skinner and Luke Cowan-Dickie stunned the Dublin crowd and carved open a 17-3 lead.

Leinster were rocked by the loss of talisman Jonathan Sexton to a head injury and had Cian Healy and Scott Fardy both sin-binned in a nightmare opening half-an-hour for Leo Cullen’s men.

However, the home side regrouped and five penalties from captain and man-of-the-match Isa Nacewa – three before half-time – chipped away at the Chiefs’ advantage before Dan Leavy, one of Leinster’s most influential replacements, broke and passed for scrum half McGrath to run in the match-winning try.

Exeter were unable to get back into scoring range – a Skinner lineout infringement proving hugely frustrating for them – as the unbeaten province ground out the result to stay in control of Pool 3 on 18 points, sitting five clear of Montpellier. The Chiefs are third on nine points.

Rob Baxter’s charges silenced the home fans with a stunning start, quickly edging into scoring range before lock Skinner spun out of a tackle to touch down in the second minute. Skipper Gareth Steenson added the simple conversion for 7-0.

Leinster lost both Sexton and his replacement Ross Byrne to HIAs in a bruising first quarter, but Nacewa, who threatened from a chip and chase, briefly settled the hosts with a well-struck 11th-minute penalty.

Exeter were winning the 50-50 balls – a reversal from last weekend’s game – with Olly Woodburn also impressing in the air and Jack Nowell fizzing in attack. However, the visitors, who were playing with great intensity and pace, blew a gilt-edged opportunity with an overthrown lineout.

Healy’s foul play, as he caught Cowan-Dickie with his forearm at a ruck, saw referee Pascal Gauzere produce his yellow card, and although Devin Toner thwarted Exeter with a lineout steal, a scrum penalty allowed Steenson to make it 10-3.

With Matt Kvesic growing in influence and the abrasive Exeter pack driving their side’s first half possession up to 75%, Steenson stuck a penalty into the corner and a well-controlled drive ended with Cowan-Dickie burrowing over. Steenson converted and Fardy was binned for his attempted collapse of the maul.

Just when it seemed to be going from bad to worse for the pool leaders, Nacewa nailed a 42-metre penalty and then slung a late kick through the uprights for a 17-9 scoreline, rewarding an encouraging break up the left touchline by Sean Cronin.

Exeter were the aggressors again on the resumption, with Lachie Turner continuing to win the high balls too, but the stalemate was broken by Nacewa’s 55th-minute penalty, following a couple of clever runs by Fergus McFadden and Garry Ringrose.

Suddenly, Leinster held the edge as McFadden went close to scoring in the right corner – the excellent Henry Slade and Woodburn held him up – but an offside call allowed Nacewa to coolly cut the gap to just two points.

With Leavy and James Ryan having the desired impact off the bench, and Ringrose carrying more of a threat in midfield, Leinster pounced for the decisive score when James Tracy combined with the fast-breaking Leavy whose flat delivery sent the supporting McGrath over from the edge of the Exeter 22.

Nacewa converted and with their bench having a big say in a gutsy comeback and Josh van der Flier also coming to the fore, Leinster stubbornly held onto their one and only lead in what was a pulsating Irish-Anglo derby from start to finish.

Leinster Rugby are back in action at the RDS Arena on New Year’s Day to face Connacht! Tickets are available now from €32/10. 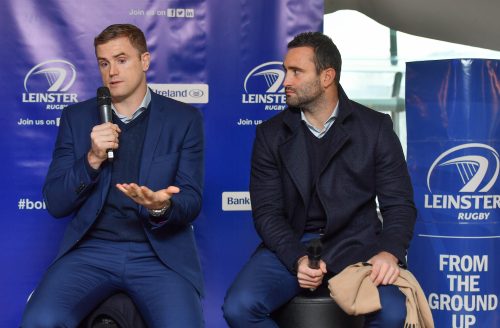 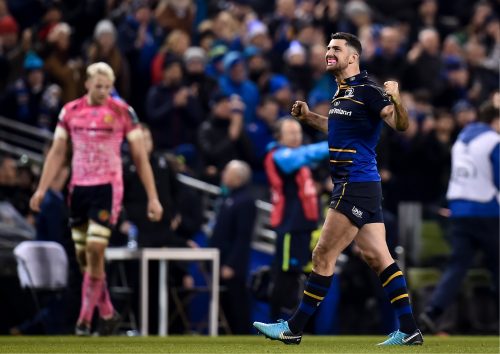 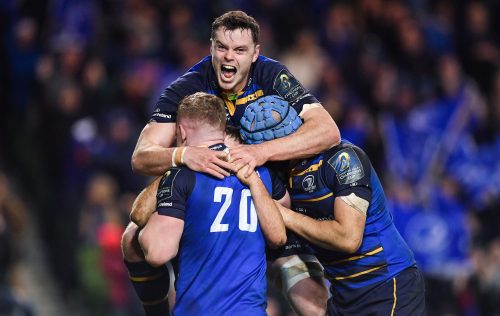 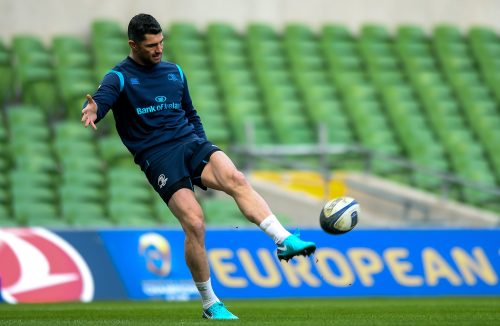 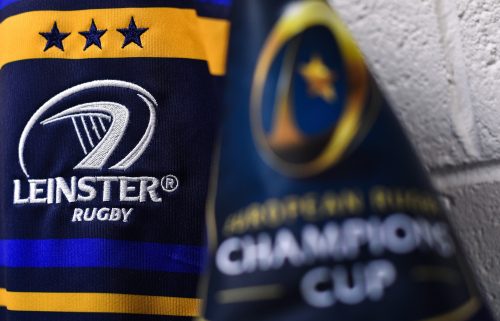 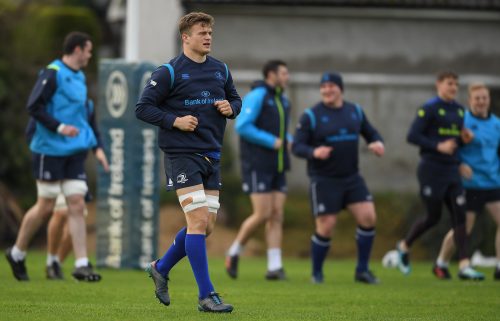 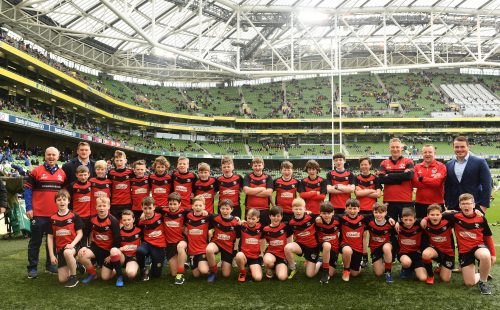 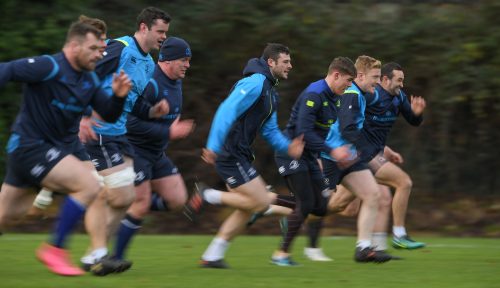 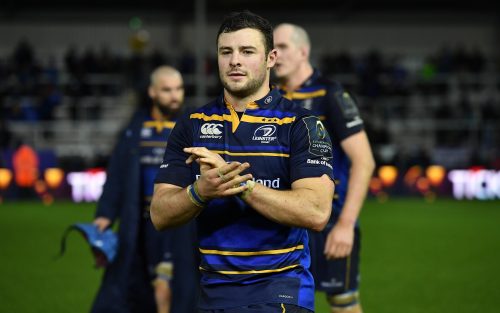 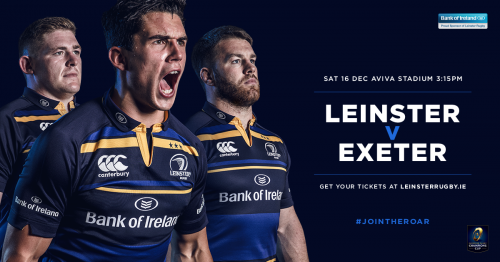 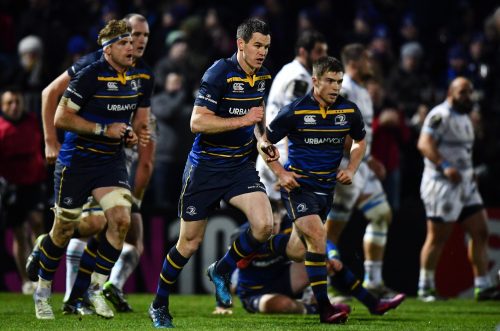