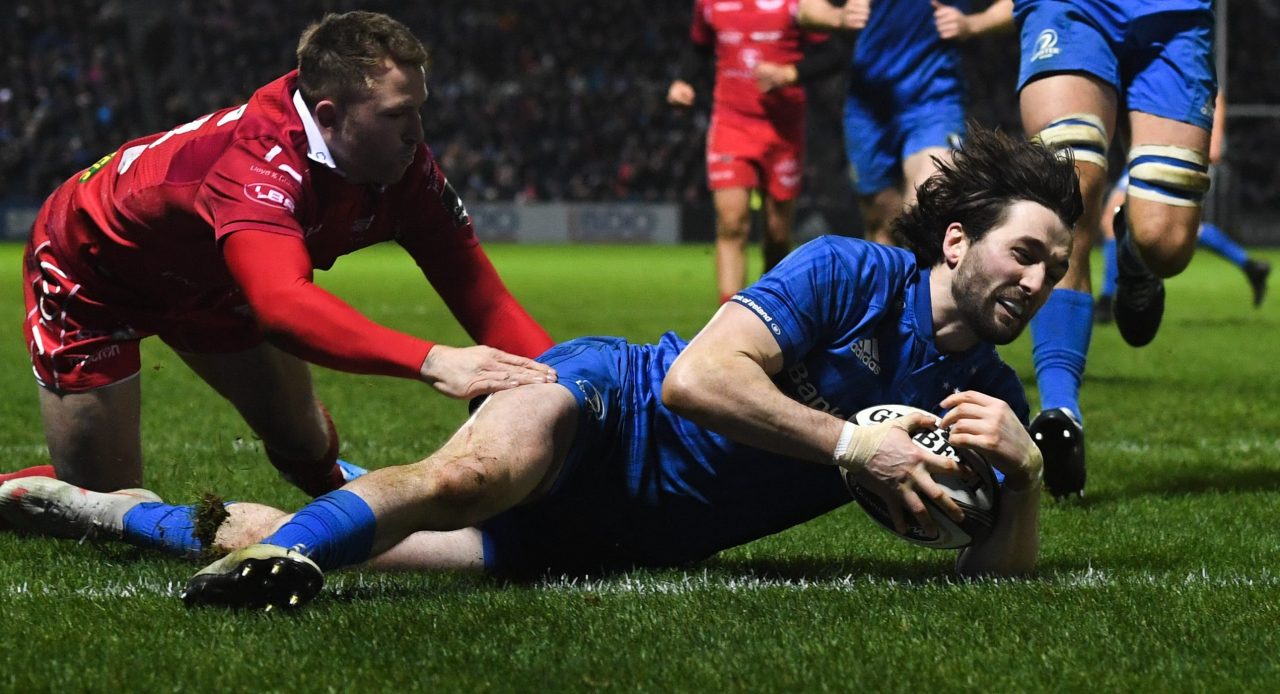 Tries from James Lowe and Barry Daly in the final quarter steered Conference B leaders Leinster Rugby to a 22-17 victory over fast-finishing Scarlets at the RDS.

Kieran Hardy’s converted score closed the gap to three points and then Dan Jones booted Scarlets level on the hour mark. Those well-taken scores from wingers Lowe (68 minutes) and Daly (71) put Leinster back in control until Hardy completed his brace, setting up a nervy but scoreless final seven minutes.

Despite David Bulbring’s early injury departure in this well-contested Guinness PRO14 tie, there were positive early signs for Scarlets with scrum half Hardy and Ioan Nicholas both gaining ground in attack. Kieron Fonotia fumbled in a promising situation, while a knock-on from captain Kearney halted Leinster’s progress.

The province were able to build phases until O’Loughlin was isolated by Dan Davis for a clearing penalty. Nonetheless, the hosts hit the front on the half hour mark, busy prop McGrath barrelling through into the 22 before the prolonged attack ended with Frawley making it 3-0.

Jake Ball, the only one of Scarlets’ 12 Wales call-ups on duty, consistently got over the gain-line but they were thwarted again when Marc Jones’ neck roll on McGrath, right on the Leinster line, gave the home side a relieving penalty. Indeed, Leinster showed their clinical edge late on with Lowe’s well-weighted kick earning them a close-in lineout.

Scarlets were penalised and although they defended the next maul, Mick Kearney’s loose pass was gobbled up by Conor O’Brien and turned into a try by his centre partner O’Loughlin who spun out of tackles from Johnny McNicholl and Phil Price to score. Young out-half Frawley added the extras, just to the left of the posts.

Having intercepted a Frawley pass just seconds after the restart, Paul Asquith lost control of the ball inches from the line with TMO Olly Hodges ruling the try out. Jones also missed a penalty attempt but the visitors got on the scoresheet when Davis fended off Kearney near halfway, sprinted down the touchline and passed inside for Hardy to finish off.

Jones converted and levelled with a 59th-minute penalty, only for Leinster, who were driven on by man-of-the-match Ross Molony and an energetic set of replacements, to pick off two crucial tries.

Jones was tackled into touch, giving the hosts key field position and a few phases later replacement Jamison Gibson-Park’s pass sent Lowe over in the left corner. Frawley then converted Daly’s terrific try on the opposite flank, burly prop Vakh Abdaladze rampaging into the 22 from a Bryan Byrne pass before fellow replacement Noel Reid’s inviting kick was dotted down by the inrushing Daly.

Despite McNicholl’s swift break setting up Hardy for his second seven-pointer, Scarlets had to settle for a losing bonus point. The result has moved Leinster 21 points clear at the top of the table, ahead of Saturday’s concluding round 14 games. 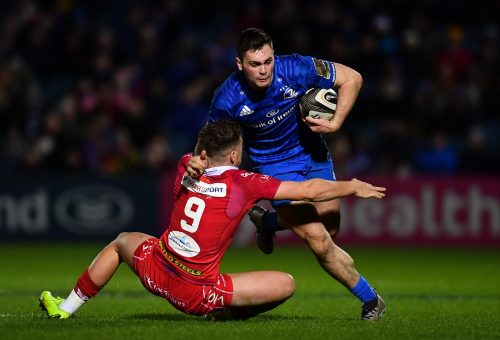 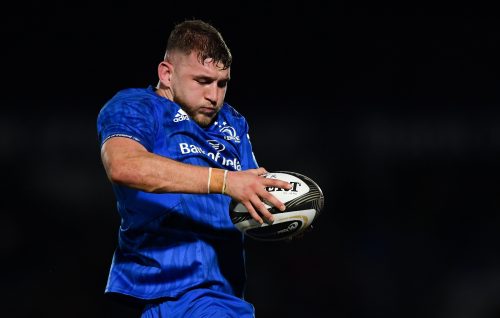 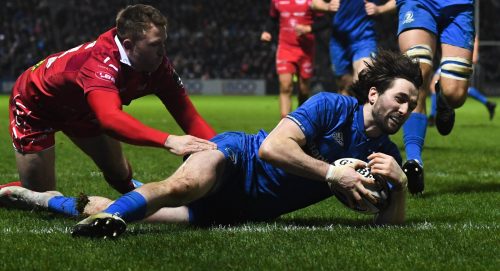 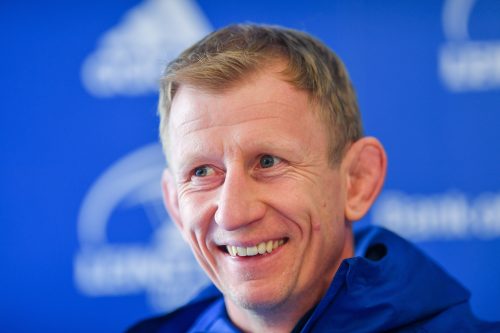 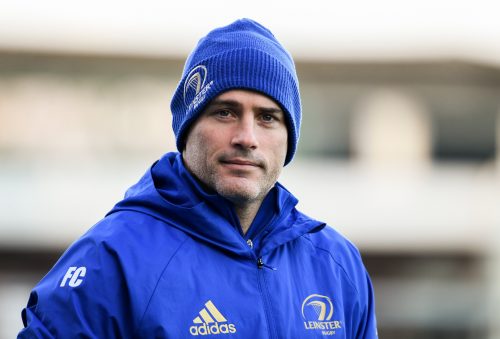 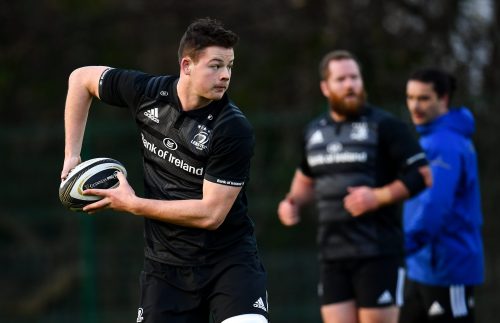 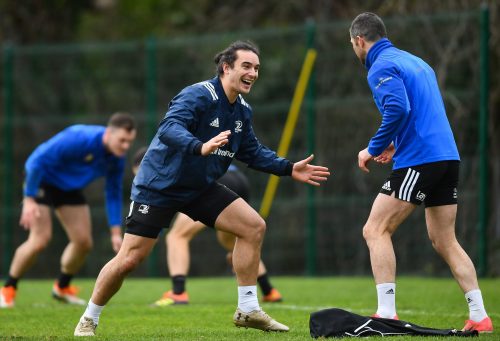 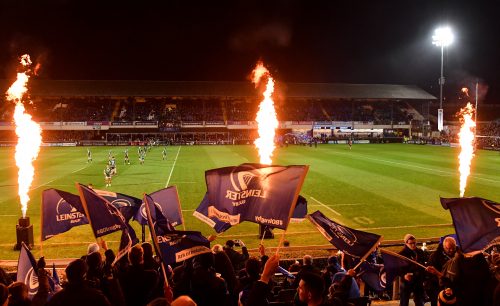 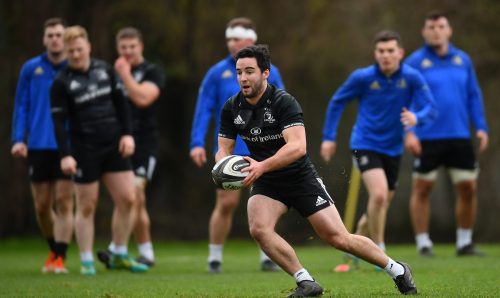 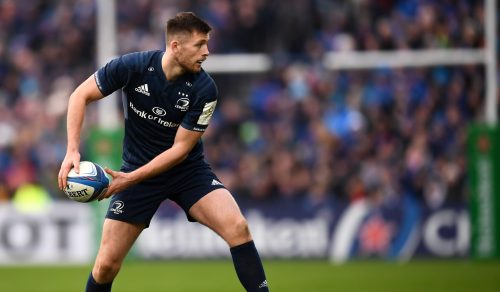