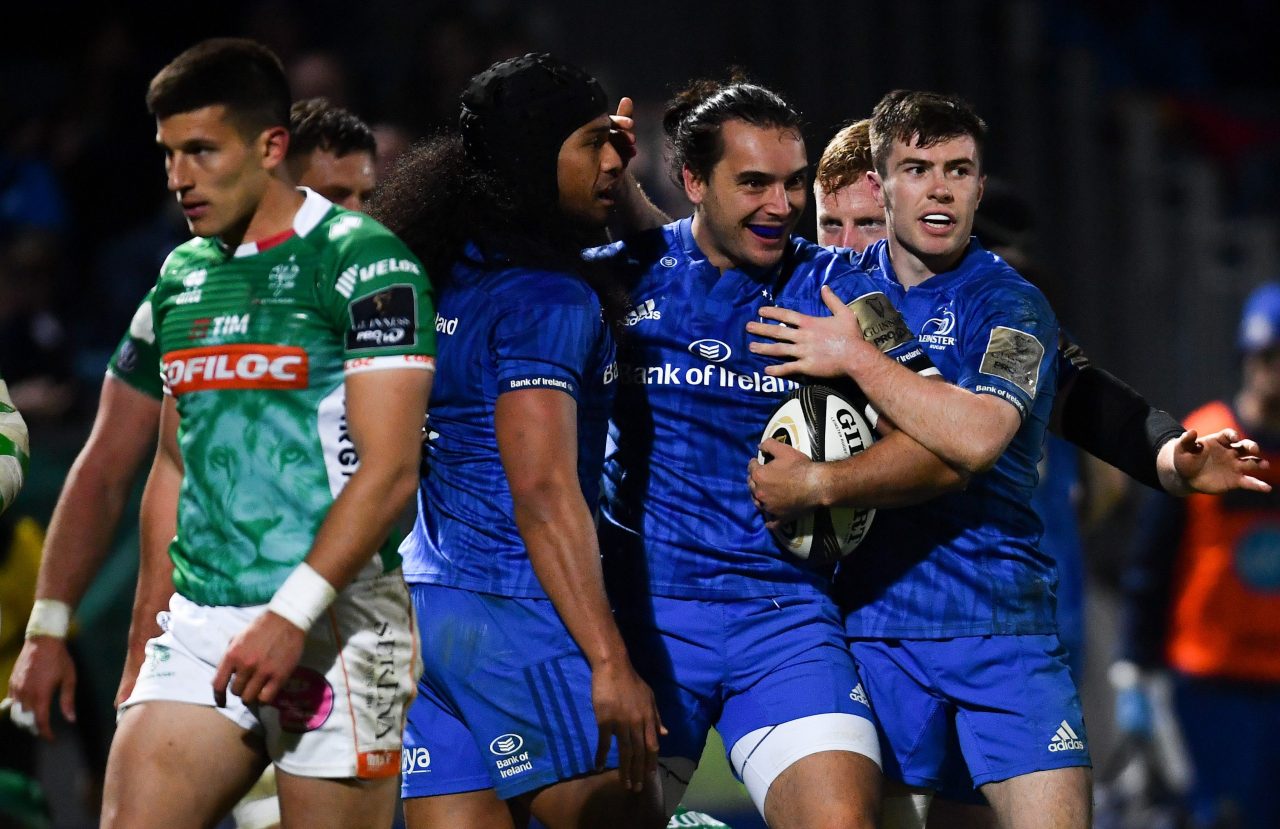 A young Leinster Rugby squad with an average age of 25 played out an entertaining 27-all Guinness PRO14 draw with Benetton Rugby, who finished level thanks to Tommaso Allan’s conversion of Fijian winger Iliesa Ratuva’s last-minute try.

Benetton certainly like playing at the RDS where they enjoyed a famous 17-15 win twelve months ago, and hooker Luca Bigi’s 12th-minute try was the launchpad for a 13-6 half-time lead. Italy out-half Allan kicked the other points with Noel Reid and his replacement Ciaran Frawley booting a penalty apiece for Leinster.

Leo Cullen’s men, who are guaranteed to finish top of Conference B and host a semi-final, improved on the resumption and twice drew level with tries from James Lowe and replacement Bryan Byrne sandwiching Federico Ruzza’s 53rd-minute effort.

The impressive Frawley slalomed over for a classy 70th-minute score, which he converted himself for a 27-20 lead, but the Italians’ persistence was eventually rewarded as they moved within two points of second-placed Ulster in the Conference table.

It was an attritional opening 40 minutes for Leinster who lost both Noel Reid and Mick Kearney to injury. Only stand-in captain Luke McGrath and Scott Fardy were retained from the Champions Cup quarter-final-winning team, while Ireland Under-20 Grand Slam winner Scott Penny was a late inclusion in the back row for an ill Josh Murphy.

A couple of sloppy penalties, with Conor O’Brien and James Tracy infringing at rucks, invited the visitors forward and they hit the front from their first lineout opportunity, Bigi breaking from a maul to score to the left of the posts. Allan converted before a Reid penalty opened Leinster’s account, rewarding a fine midfield break by Barry Daly.

Leinster responded positively to a well-struck Allan penalty for 10-3, full-back Daly posing a threat again before Joe Tomane was put into space on the right and scrum half McGrath was desperately close to collecting the centre’s kick over the try-line. A subsequent penalty allowed Reid’s replacement Frawley to split the posts from close range.

With scrum half Dewaldt Duvenage orchestrating things, Benetton had a couple of prolonged bouts of forward pressure approaching the interval, the home defence holding out until Allan tapped over three more points, but Leinster erased that lead just seven minutes into the second period.

McGrath’s quick tap led to the influential Max Deegan hammering up to just a few metres out, and then the scrum half’s rapid delivery from a ruck allowed Lowe to wriggle out of a double tackle and crash over to the right of the posts. Frawley equalised from the tee, but Benetton were swift to respond, carrying through 25 phases before lock Ruzza barged over from close range.

A well-executed lineout drive propelled Byrne over as the momentum swung back to Leinster with just over 15 minutes remaining. They went in front for the first time when Frawley found a good touch from a penalty, the lineout setting up a crisp backs move which saw Conor O’Brien’s deft pass send Frawley scurrying over for his seven-pointer.

However, there was still enough time for Benetton to build some late pressure, with a forward pass from Lowe handing them possession and field position. Leinster’s youngsters stood up to the task defensively – especially Penny, Jack Dunne and the Byrne twins – until Ratuva came in off his wing to charge over. Antonio Rizzi avoided being penalised for obstruction on the TMO review and Allan held his nerve to land the all-important conversion. 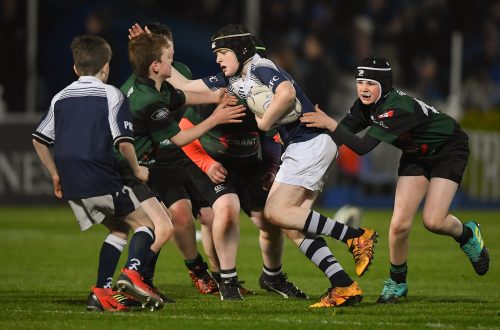 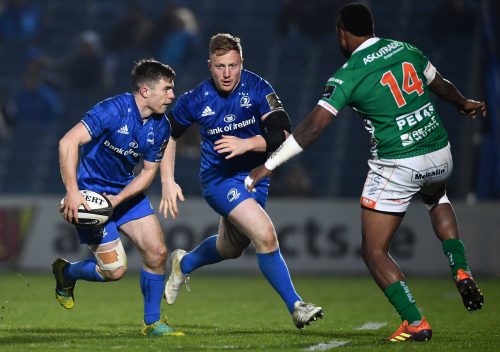 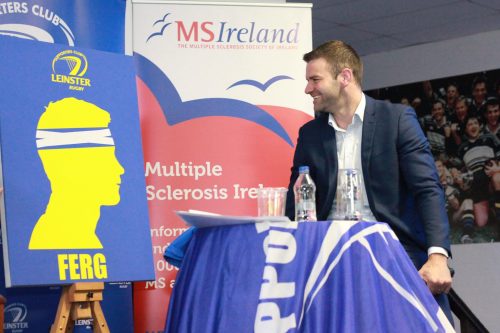 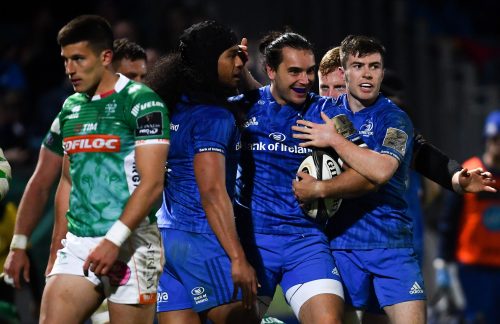 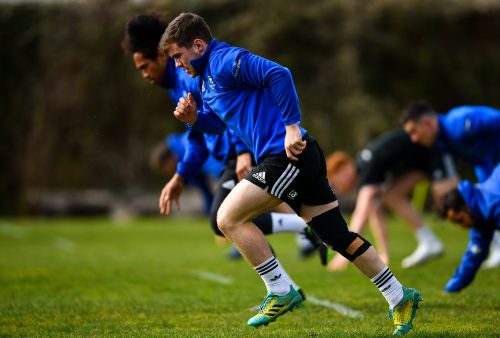 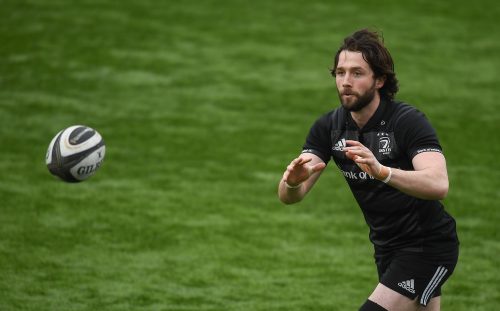 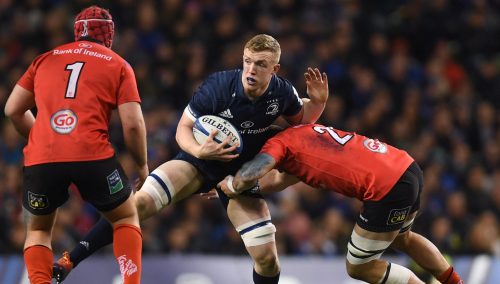 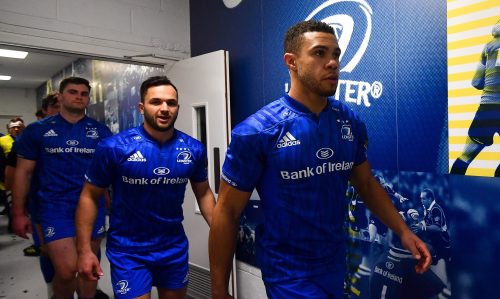