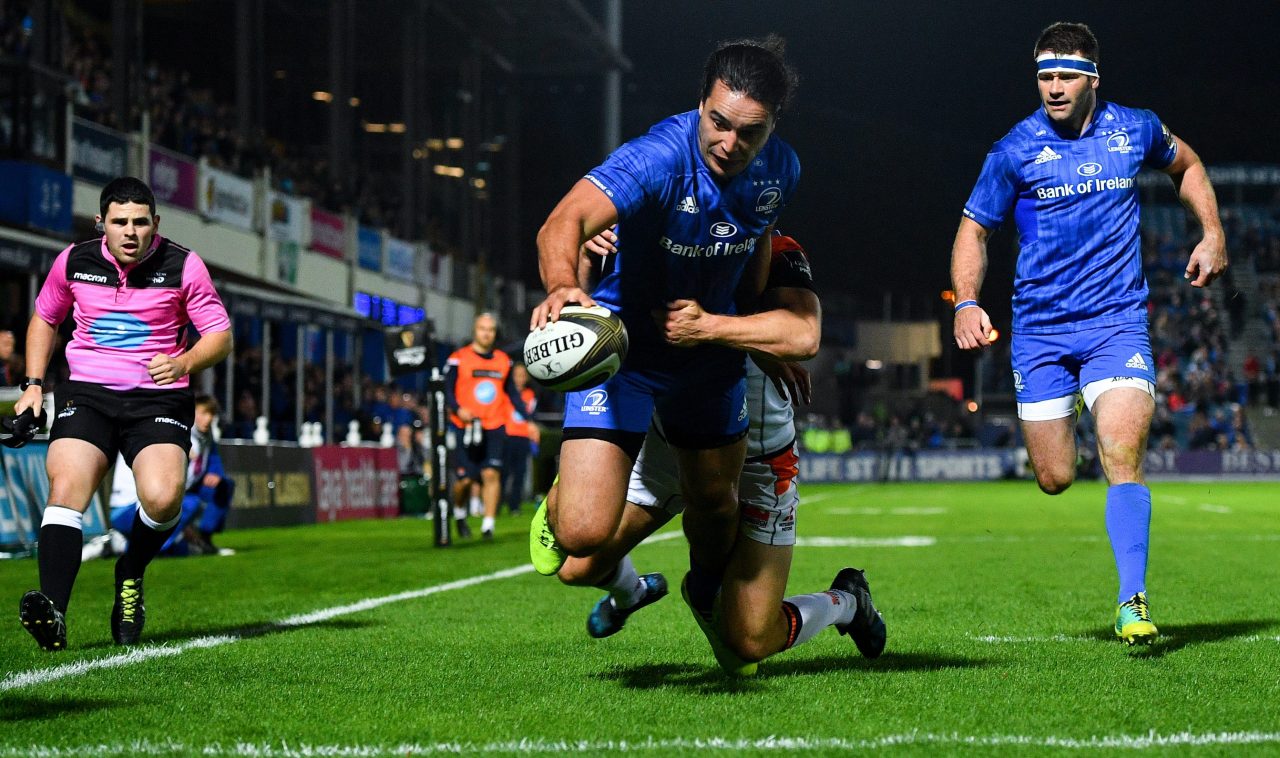 Leinster returned to the top of the Guinness PRO14’s Conference B after a 31-7 bonus point victory over 14-man Edinburgh at the RDS.

Wingers Fergus McFadden and James Lowe both touched down as Leo Cullen’s men led 12-0 following a very physical first half, the province absorbing a long period of Edinburgh pressure in between those tries.

Magnus Bradbury’s lone seven-pointer for the Scottish club was followed by scores from Jordan Larmour and Jonathan Sexton, the latter securing the bonus point on his 150th Leinster appearance.

Edinburgh’s woes were compounded by replacement prop Pierre Schoeman’s red card for ‘leading with the elbow’ into a 70th-minute tackle from Dan Leavy, and Garry Ringrose’s late breakaway try, following a turnover in the Leinster 22, wrapped up the scoring.

Luke McGrath went close from a lineout maul as Edinburgh did well to soak up early pressure, but they were caught out by Devin Toner’s charge-down of Sean Kennedy’s box-kick in the 15th minute. Having scooped up possession, Toner was chopped down short of the line before McFadden wriggled over from the ruck and captain Sexton converted.

The Edinburgh pack enjoyed a prolonged purple patch, hammering away at the Leinster line off three successive penalties, yet the hosts held out in determined fashion – Josh van der Flier leading the tackle count – and the Scots also failed to use their numbers out wide.

Cian Healy was savouring some bruising phases up front, pirouetting out of tackles as Leinster roared back downfield minus James Ryan (HIA). Approaching half-time, a contentious lineout was reversed in Leinster’s favour and they took full advantage, a free-flowing loop move ending with Larmour’s pass out the back door putting Lowe over in the right corner.

Lowe’s second try, which saw him beat scrum half Kennedy’s attempted tackle, was ruled out for a forward pass from van der Flier, but the newly-introduced Sean Cronin and Tadhg Furlong combined with man-of-the-match Healy to demolish the Edinburgh scrum. Larmour danced over in the next phase, profiting from Sexton and Robbie Henshaw’s clever build-up play.

Sexton added the extras and after Lowe was held up at close quarters, Leinster pressed again for the fourth try and Sexton, using a smart dummy, slipped through to cross the whitewash and convert in his final act before being replaced.

Referee Dan Jones reached for his red card after deliberating the Schoeman incident with TMO Simon McDowell, and Edinburgh leaked a fifth try two minutes from the end, Ringrose darting clear from halfway after McFadden’s initial break up the right wing. 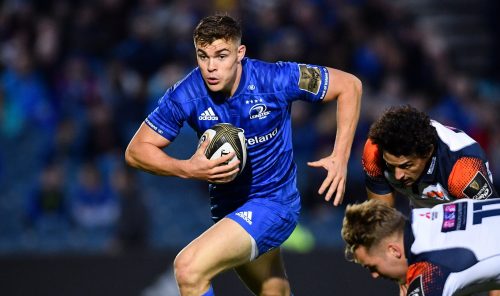 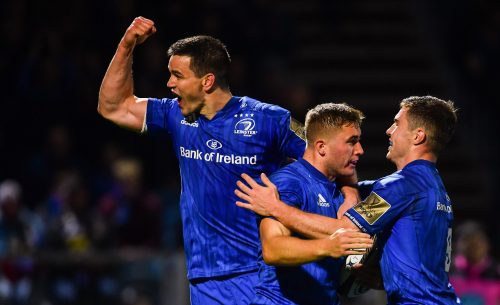 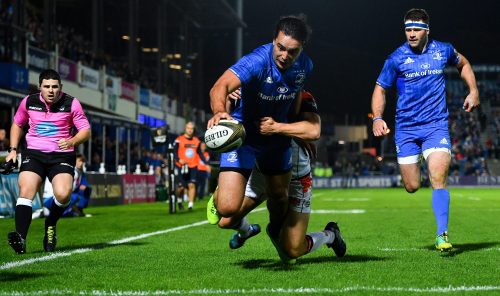 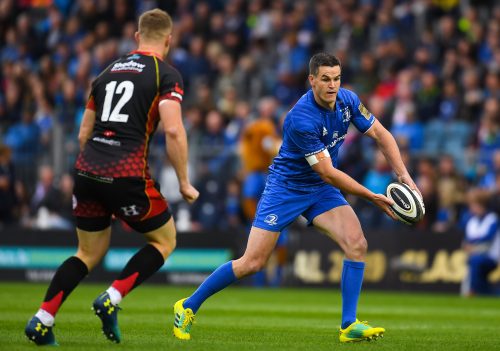 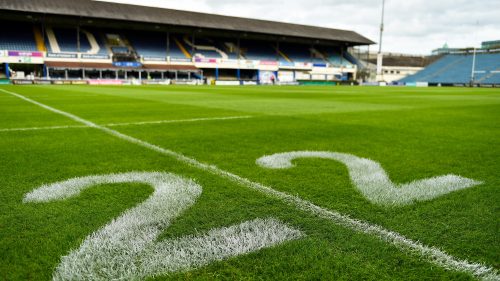 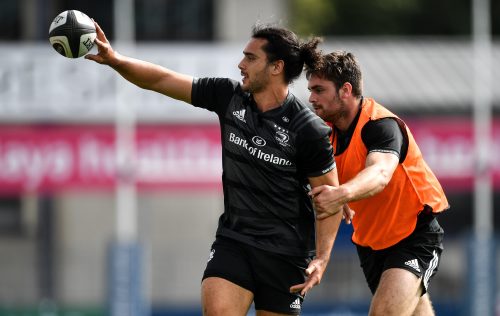 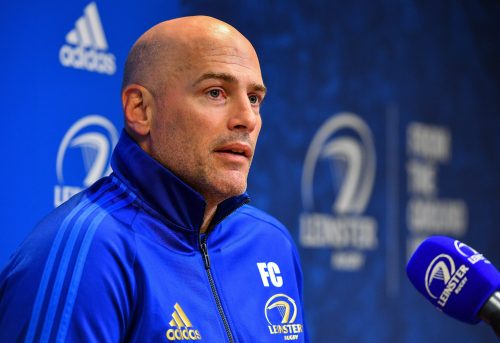