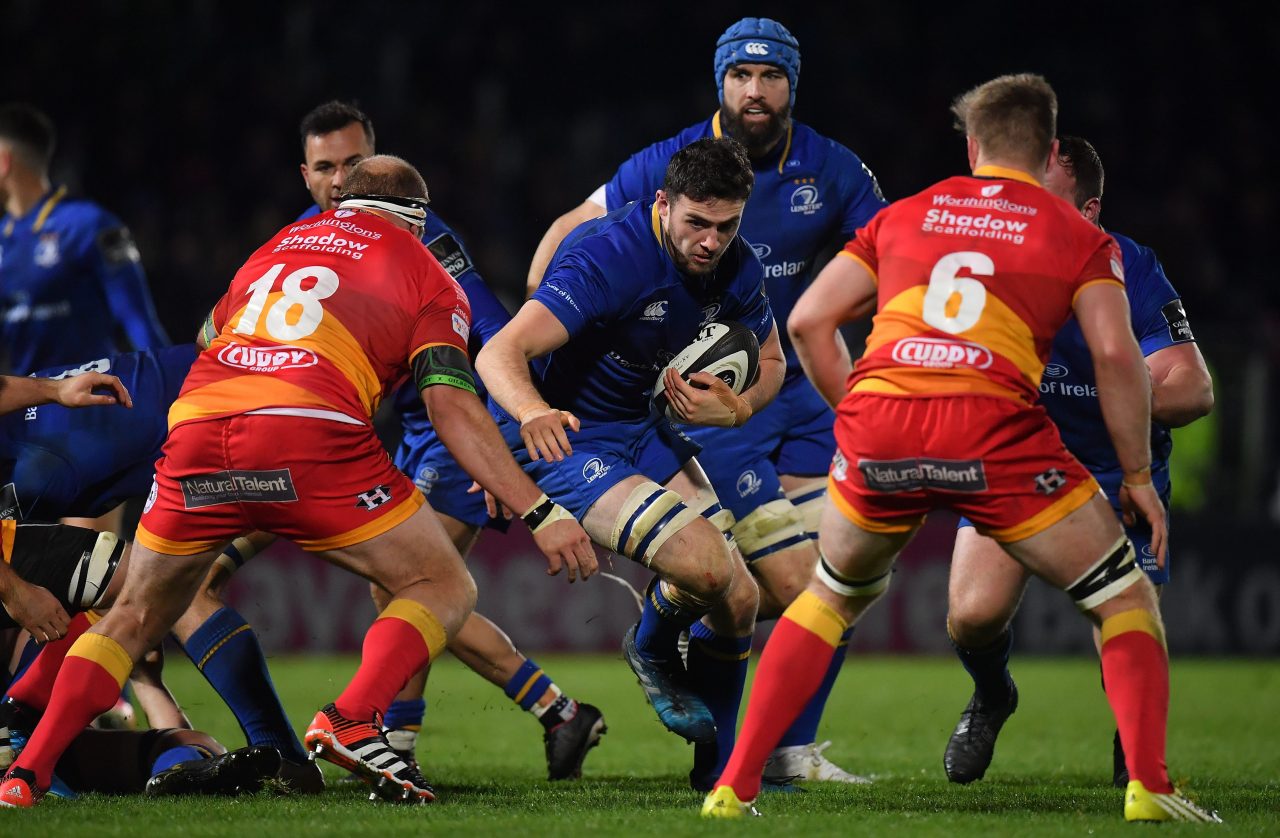 Leinster erased an early 10-point deficit to put the deflated Dragons to the sword in a 54-10 GUINNESS PRO14 victory at the RDS tonight.

Out-half Byrne was excellent with ball in hand and landed five successive conversions from all angles. A penalty try and Nacewa’s second try, coupled with two closing efforts from Jordan Larmour and Rory O’Loughlin, made it eight tries and 54 points without reply.

Seizing the initiative on a bitterly cold Dublin night, the Dragons built the early pressure to set up Henson for a crisply-struck 35-metre drop goal.

With Adam Warren breaking through midfield soon after, and Leinster losing Ross Molony to injury, Bernard Jackman’s men continued to dictate, finding joy around the fringes of rucks.

Benjamin started and finished a prolonged attack for his try, with Sarel Pretorius and Ellis Shipp also sniping through gaps before the South African scrum half fed the young number 8 to crash over.

Henson’s conversion from the left wing moved the Dragons into double figures, but Leinster finally burst into life on the quarter hour mark. Gibson-Park scrambled over from close range after a helter-skelter attack that had seen Sean Cronin hauled down short from Fergus McFadden’s kick collect.

Ross Byrne, who was prominent in the build-up to the try, converted and he also added a terrific touchline kick to Nacewa’s 27th-minute score – O’Loughlin released the skipper for the left corner after Scott Fardy and Cronin had clattered their way into scoring range.

With full-back Larmour beginning to fizz around the park, a devastating one-two blow netted the bonus point for Leinster. Ed Byrne tidied up a five-metre lineout and added crucial momentum to Murphy’s drive for the back rower’s maiden try.

Byrne kept up his 100% kicking record, and from the restart, Larmour and Cronin led the charge over halfway. Byrne’s cross-field kick was then gobbled up by McFadden who sent the supporting Deegan over, wide on the right.

28-10 turned into 35-10 after Angus O’Brien’s deliberate knock-on saw the Dragons lose their full-back to the sin-bin and cough up a penalty try, with Deegan or Nacewa set to score.

The Leinster skipper was over in the corner a couple of minutes later, diving over from Gibson-Park’s skip pass. Despite an increasing share of possession and territory, the Welsh outfit struggled to break down the home defence as the second half lulled along.

The game sparked back into life in the final 10 minutes, a TMO decision going Larmour’s way in a four-man scramble to reach a kick through, before the 20-year-old’s dazzling feet – on the counter – teed up O’Loughlin to slide in at the left corner. 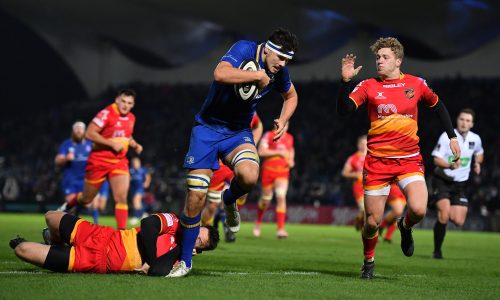 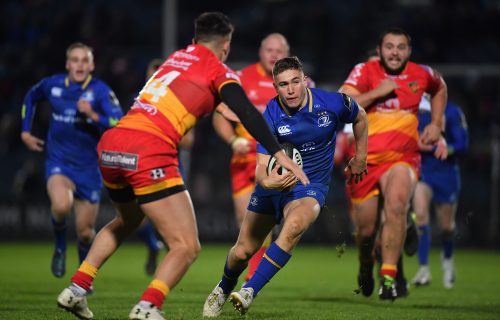 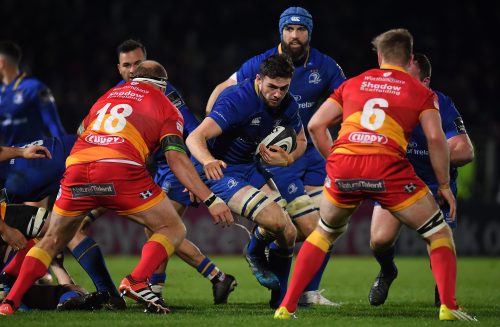 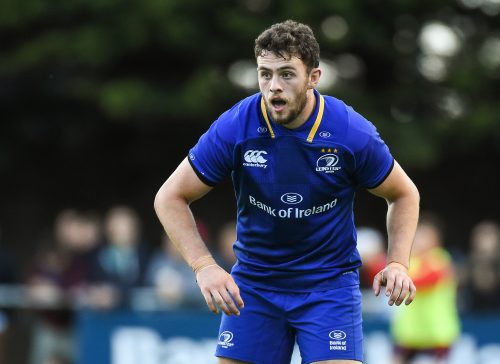 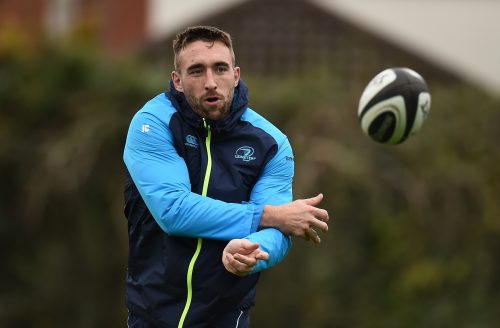 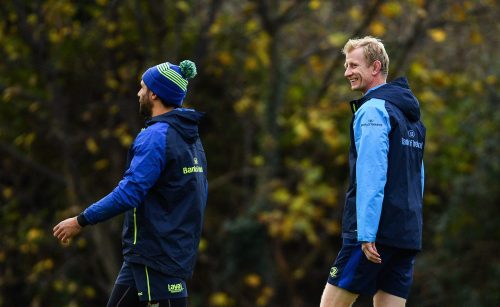 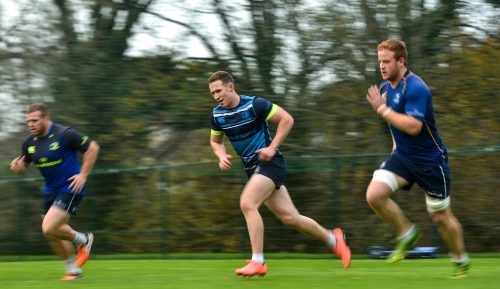 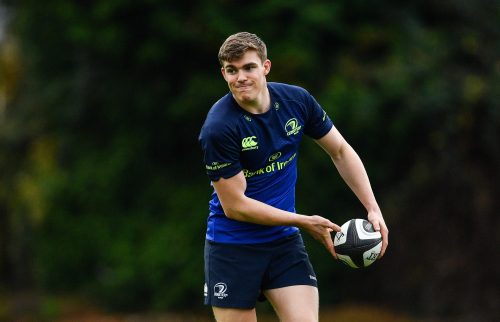