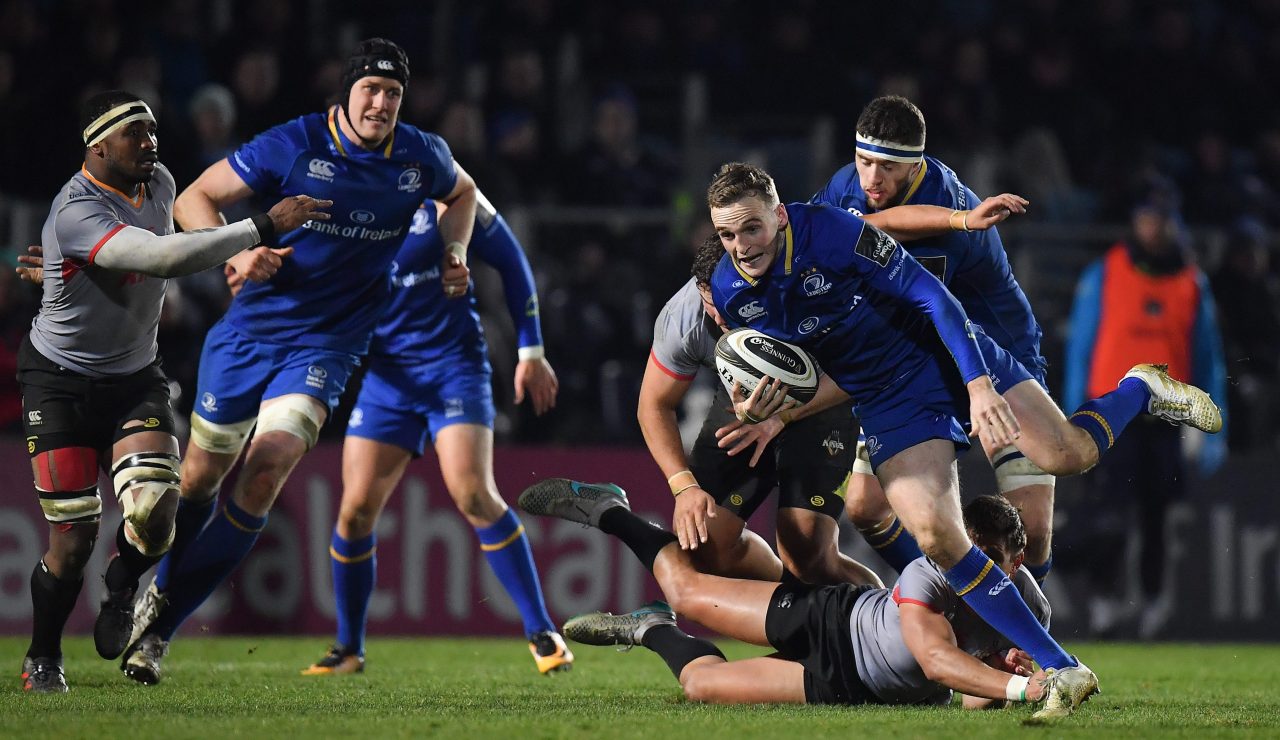 Garry Ringrose made a successful return from ankle surgery as Leinster ran in ten tries in a 64-7 Guinness PRO14 win over the Southern Kings at the RDS.

Leo Cullen’s men scored a point per minute in the first half, claiming the bonus point inside 22 minutes with Bryan Byrne (2), Nick McCarthy, Barry Daly, Dave Kearney and Ciarán Frawley sharing out the tries. Out-half Frawley, the man-of-the-match on his first start, landed all but one conversion for a 40-7 interval lead.

The winless Kings were briefly lifted by captain Michael Willemse’s 14th-minute maul try, but second-half scores followed from McCarthy, James Lowe, Daly and replacement Jordan Larmour, with Frawley finishing with 19 points, as the province stayed ahead of the Scarlets at the top of Conference B. Three points separate the sides ahead of next Saturday’s showdown in Llanelli.

The hosts were ahead inside four minutes, Ringrose threatening on a diagonal run before excellent hooker Byrne muscled over from McCarthy’s snappy pass. The 20-year-old Frawley quickly converted.

McCarthy broke from a close-in scrum to notch Leinster’s second seven-pointer, but successive infringements from the province allowed the Kings to build for a well-taken try from Willemse off a close-in lineout.

Ringrose and Byrne opened up the visitors’ defence for winger Daly to cut in past Yaw Penxe and grab his ninth try in 11 appearances this season, and then Byrne turned provider again, his pass inviting Kearney through a gap for a smart finish to the left of the posts.

Byrne completed his brace by the half-hour mark, bursting onto a McCarthy pass after Max Deegan had gone close. It was a similar story in the 33rd minute when Will Connors was hauled down short before Frawley supplied the finishing touches from a few metres out, also adding his fifth successful kick from six attempts.

Early pressure from Leinster on the resumption then led to McCarthy sniping through a gap for his second try after a maul had been grounded. 21-year-old prop Adam Coyle came on for his debut before Kings tighthead Pieter Scholtz was sin-binned in the 53rd minute for taking Ringrose out without the ball.

In Scholtz’s absence, Frawley’s classy cross-field kick was collected by Lowe who dotted down in the left corner. The Kings defence was sucked in again in the 64th minute when Daly was freed up for his tenth try of the campaign, while Larmour got in on the act five minutes from the end, reaching for the ball after a Noel Reid grubber had bounced in his favour. 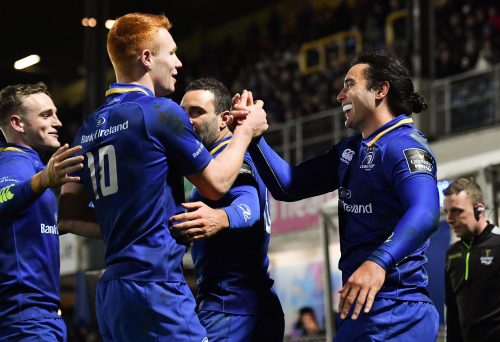 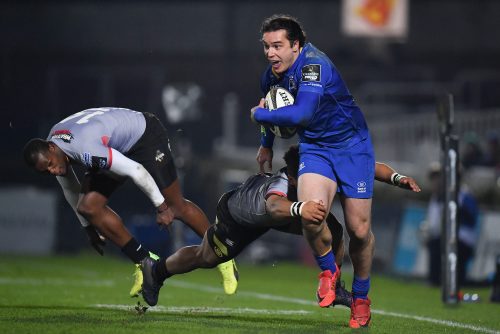 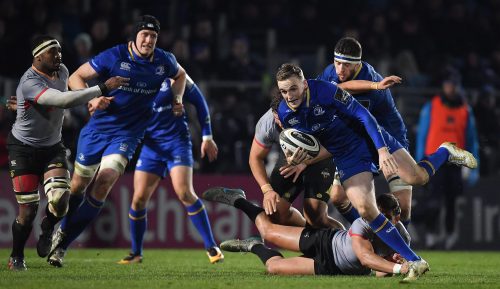 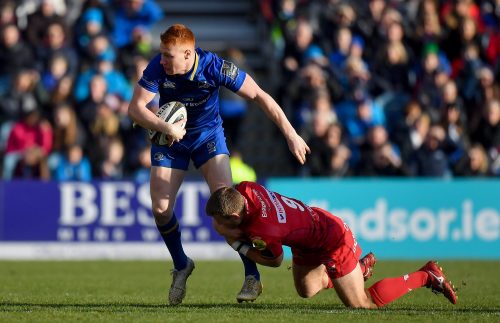 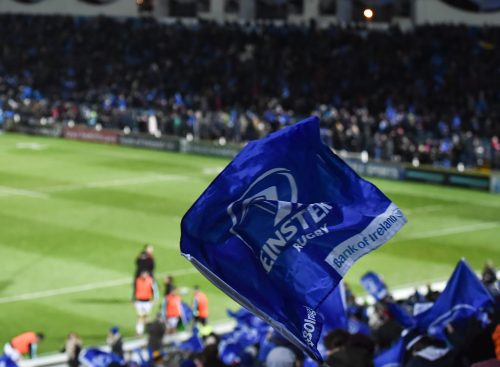 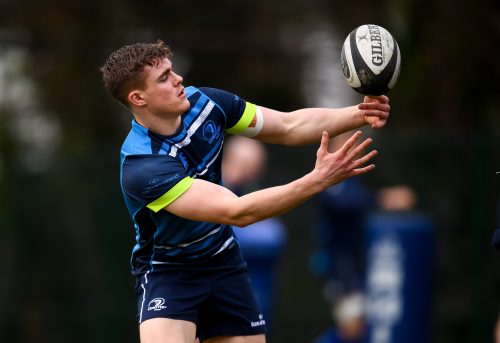 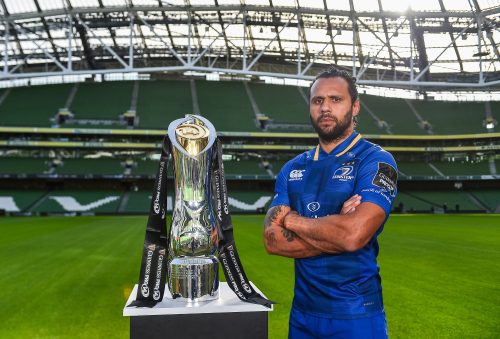 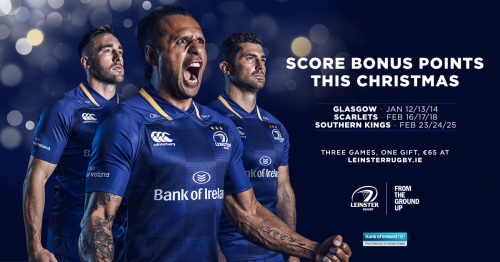