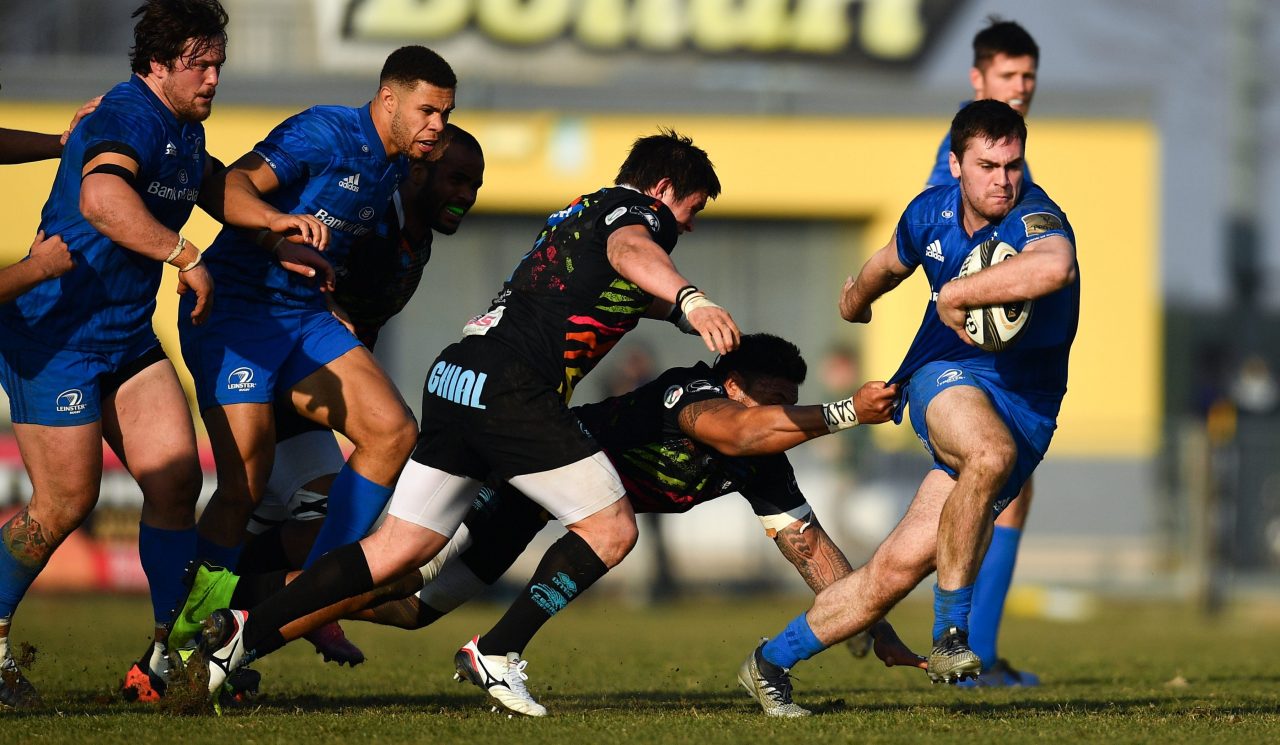 Young back rower Max Deegan started and finished the try-scoring as Leinster had 16 points to spare at the end of an action-packed 10-try Guinness PRO14 tussle with Zebre at Stadio Luigi Zaffanella in Viadana.

With the Michael Bradley-coached Italians recovering to only trail 21-19 at half-time, and then matching Leinster’s bonus point efforts to stay in the hunt at 28-24 down, it took closing tries from Conor O’Brien and Deegan to guarantee a hard-earned win which extends the province’s lead at the top of Conference B to 22 points.

Ross Byrne, who finished with 15 points, ran in his first PRO14 try and also converted efforts from Deegan and Dave Kearney to establish a 21-0 lead in as many minutes, which eventually brought the best out of Zebre. They strung together three tries of their own from Francois Brummer, Jamie Elliott and Gabriele di Giulio to the turn the game on its head and leave just two points between the sides.

Despite captain Scott Fardy’s 56th-minute bonus point try, Leinster struggled to shake off Zebre who bagged their own bonus point through full-back Brummer on the hour mark. The visitors eventually made sure of the result when the hard-working O’Brien crossed from a neat line of passes in the 74th minute, and Deegan scrambled in under the posts with two minutes remaining.

The defending champions got off to an ideal start in the Lombardy sunshine, centre O’Brien carrying forcefully and out-half Byrne’s penalty to the corner setting up the opening try. Zebre threw up two jumpers at the lineout, but James Tracy’s pinpoint throw to Fardy at the tail created a surging maul which propelled openside Deegan over the line. Byrne converted from the right for 7-0.

Leinster had a let-off when Carlo Canna lost control of the ball as the Italians threatened to hit back, yet the visitors were in clinical form. Another slick lineout sent O’Brien powering through midfield and man-of-the-match Jamison Gibson-Park, Rory O’Loughlin and Ross Byrne used quick ruck ball to release Kearney from the edge of the Zebre 22 and there was no catching the Louth man.

Gibson-Park went close to creating a try out wide for Barry Daly, before the Leinster forwards provided the platform for Byrne’s 21st-minute score. They scrummaged well and carried up close to the whitewash and Byrne took advantage of his opposite number Canna stepping out of the line as he raided in behind the posts from 10 metres out. The straightforward conversion made it 21-0.

However, Leinster were unable to capitalise on Zebre flanker Jimmy Tuivaiti’s yellow card for a high tackle, and the home side hammered back with three tries of their own in an excellent eight-minute spell. The first of them came from a close-in scrum, number 8 Giovanni Licata breaking off the rear, beating the first tackle and offloading for full-back Brummer to finish off.

As Leinster looked to respond, Tommaso Boni shot up in defence to put pressure on O’Brien’s pass and it bounced up invitingly for Elliott to gather and the former England Under-20 international had the gas to race clear from his own 10-metre line to score. Canna converted to make it a seven-point game and there was just two between them after di Giulio slipped out of Kearney’s tackle to cross in the right corner.

Leinster, who watched Canna miss a late drop goal attempt, had some scrum and defensive issues to sort out at the interval, and an early second half turnover penalty won by Fardy and Deegan got back them on track. Winger Daly thought he was over after collecting his own chip kick but the try was ruled out for a knock-on by Ross Byrne earlier in the play.

Ultimately it was Byrne who was at the heart of the bonus point score, sniping through on an angled run that saw him tackled short before Gibson-Park scooped a long pass out for the waiting Fardy to dot down in the left corner. Byrne’s well-struck conversion briefly gave Leinster some breathing space at 28-19, only for the Italians to strike out wide again when they played a penalty advantage and Canna’s skip pass sent Brummer over to complete his brace.

Leinster regained control, though, with a strong finish to this round 15 fixture. Mick Kearney’s pull-back pass and fellow replacement Noel Reid’s good running and hands played in O’Brien for a diving finish in the left corner. Academy lock Jack Dunne entered the fray to become Leinster’s latest senior debut, and Deegan and Byrne had the final say, the latter converting the flanker’s second try after replacement Hugh O’Sullivan had been hauled down just short. 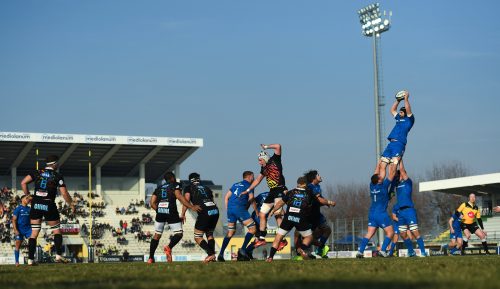 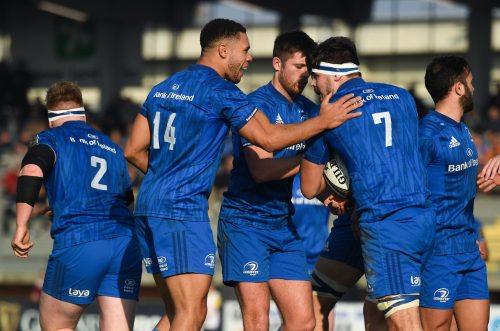 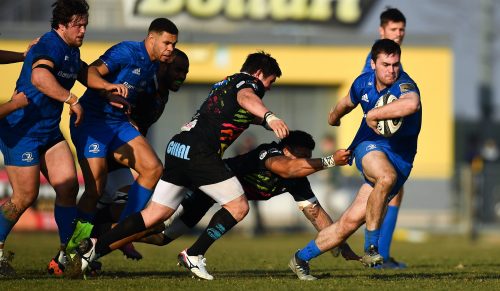 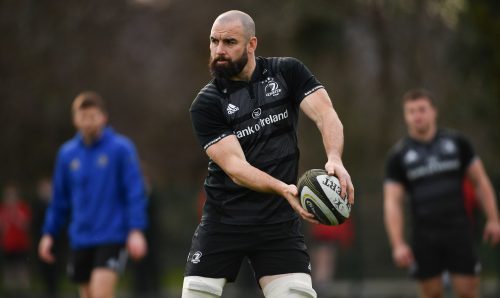