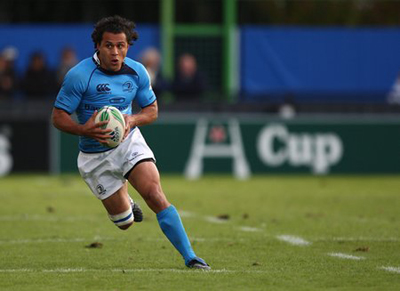 Speaking after the game, try-scorer Jamie Heaslip said: “We lost and Toulouse probably deserved it on the day, but it wasn’t for the lack of heart on our side.

“They contested very well, so full credit to them, and we can’t have too many complaints. We were very confident coming into the game and we had belief in our game plan, but some things just didn’t come off for us.

“Slips in concentration at critical times undid us and we weren’t clinical enough which is just the way it goes. Some games you win, some you lose.

“I don’t think that it will be an easy pill for us to swallow but the beauty of rugby is that there’s always another day and another game to focus on.”

Backed by a vociferous local following Toulouse began strongly with David Skrela kicking two penalties on 4 and 16 minutes. The game levelled off and after withstanding the early onslaught Eoin Reddan almost came close to scoring but his effort was inches away from the try-line after a spell of Leinster pressure with Shane Jennings, Stan Wright and Jamie Heaslip to the fore.

Penalties from Shaun Berne on 32 and in injury time reduced the hosts’ lead to three points and Leinster’s tails were up as the sides went in for the half-time break. Buoyed by a fantastic 4,000 following Leinster began the second half strongly and Rob Kearney superbly levelled the scores with a penalty inside the Blue’s half on 43 minutes.

However two tries to Yannick Jauzion and Skrela, both of which were converted by Heineken Man of the Match Skrela, in the space of four minutes heading into the final quarter.

A 64th minute try from Heaslip gave Leinster hope and the five-pointer came about from a spell of pressure involving the influential Reddan in conjunction with the pack. Berne’s superb conversion from the touchline reduced the deficit to seven points, but Skrela’s 70th minute penalty gave Toulouse a ten-point lead which they held on to and march into the Heineken Cup final.