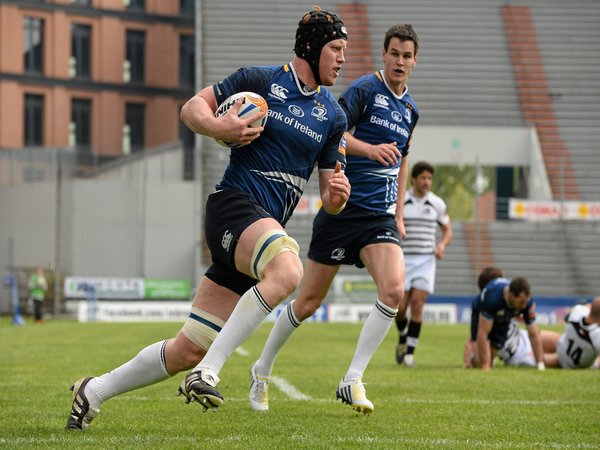 Leinster’s drive for a home semi-final continued at the Stadio Citta del Tricolore where they ran in five tries in all, with out-half Jonathan Sexton marking his return in blue with a flawless 16-point contribution from the kicking tee.

It was Sexton’s first outing for the province since January as he picked up foot and hamstring injuries during the Six Nations.

But the fit-again out-half looked in fine fettle during his 65 minutes on the pitch in Reggio Emilia, with youngster Cathal Marsh coming on to make his debut in the final quarter.

Second row Tom Denton’s first try for Leinster was added to by a Fergus McFadden score on the quarter hour mark, as Joe Schmidt’s men moved confidently into a 17-3 lead.

But Zebre bounced back with converted tries from Sinoti Sinoti and Daniel Halangahu, squaring things up by the half-time whistle.

That put it up to the play-off hopefuls. Tellingly, by the sixth minute of the second half, Leinster had stretched into a 10-point lead thanks to a Fionn Carr and five more points from the boot of Sexton.

The bonus point was secured on the hour mark through hard-working flanker Dominic Ryan, while Isa Nacewa registered the visitors’ fifth try two minutes later. Zebre replacement hooker Carlo Festuccia answered back with a try before he was sin-binned in the final minutes.

The bonus point victory maintains Leinster’s hold on second position in the table ahead of the final round of league matches on Friday, May 3.

They are a point clear of Glasgow Warriors in third, and a final home win over the Ospreys in a fortnight’s time will see them back at the RDS in the play-offs.

Sexton, returning from a foot injury, slotted a third minute penalty in the Italian sunshine which was cancelled out by Halangahu within three minutes.

Leinster hit back with a high tempo spell of carrying, Jack McGrath, Ryan and Devin Toner all getting their hands on the ball with young scrum half John Cooney distributing well from rucks.

The first try was not long in coming, with Nacewa threatening from a lovely delivery from Brian O’Driscoll before Andrew Goodman created an opening on the right for Denton to score in the corner.

Sexton followed up with the conversion and O’Driscoll, leading by example as captain on the day, forced a turnover that kept Zebre pinned in their half.

There was further reward for Leinster on that right flank soon after, Sexton dummying through and passing to his left for McFadden to finish off a second converted effort.

McFadden then had to display his defensive capabilities when a loose pass allowed Giovanbattista Venditti to break downfield. The Leinster winger hauled him down with the try-line in sight, and the visitors retrieved the situation.

It was a glimpse of the threat posed by the Zebre backs and from a good scrum platform, they brought Sinoti in off his wing and he evaded four defenders on a superb jinking run from 25 metres out.

The Samoan international’s try was converted by Halangahu for a 17-10 scoreline and with the home forwards coming more into play, the Italians enjoyed a concerted spell of possession.

Leinster then reasserted themselves with an energetic period of attacking, Richardt Strauss evading Sinoti on a notable charge near the left touchline.

Mauro Bergamasco was very fortunate to avoid punishment for dumping O’Driscoll off the ball, but the match officials missed the incident and Zebre continued to be resilient in defence.

Just on the stroke of half-time, they pounced for a try out of nothing. Impressive hooker Andrea Manici led a counter attack and with possession switched into midfield, Halangahu fended off Kevin McLaughlin’s tackle to run in behind the posts.

Halangahu converted his own try to bring the Italians level at the break, however Leinster got back on top early in the second period.

Sexton punished Zebre for a scrum infringement, his penalty edging Leinster back in front, and then Nacewa chased down the out-half’s kick, benefiting from a kind bounce to put Carr over for a seven-pointer.

Zebre’s defence came under further pressure as Leinster lifted the intensity again, Cooney’s slick distribution keeping them on the move with McFadden and Sexton both finding gaps.

Flanker Ryan was held up during an initial attack, but from an ensuing scrum replacement Isaac Boss linked with Rhys Ruddock who passed back inside for Ryan to get a deserved score by the posts.

Sexton converted and he maintained his 100% place-kicking record with an excellent conversion from the left touchline after O’Driscoll’s quick tap penalty and clever one-handed pass released Nacewa to touch down in the corner.

A deft pass from Boss sent Ryan darting towards the whitewash, but a combination of David Odiete and Sinoti thwarted him a couple of metres out.

Zebre had the final say when their forwards mauled into the left corner and Festuccia wriggled through from close range for a consolation score.

The try scorer ended the game into the sin-bin, earning a yellow card for catching Boss in the face with a stray foot. Leinster pressed for a late sixth try with debutant Marsh threatening in the left corner, but 14-man Zebre defended doggedly during a frenetic finish. 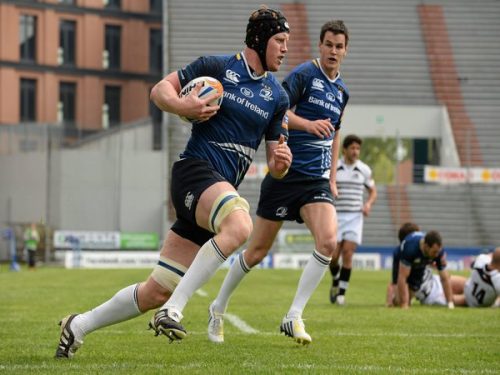