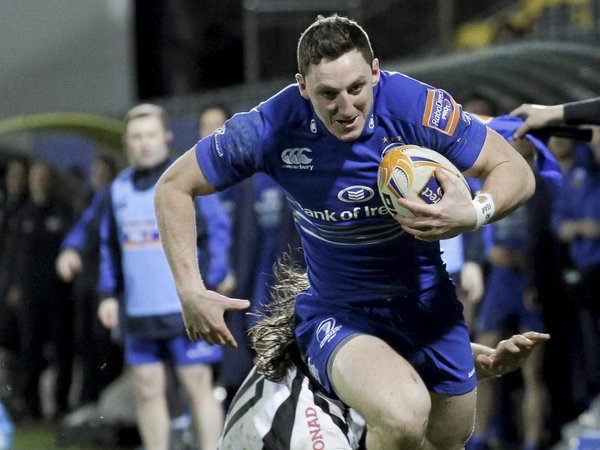 John Cooney scampered through for the visitors' opening try in Parma after combining with Jordi Murphy at the back of a scrum. Jimmy Gopperth converted and added a penalty for a 10-5 half-time lead.

Gopperth converted and although Kelly Haimona's penalty gave the Italians some hope at 17-8 down, Matt O'Connor's men wore down their defence in the closing quarter.

Ian Madigan came off the bench to set up Zane Kirchner's second try in Leinster colours. The out-half converted and then also added the extras to Darren Hudson's bonus point effort in the 78th minute.

The 23-point success sees O'Connor's side remain in second place in the RaboDirect PRO12, three points behind leaders Munster with Ulster making it an Irish 1-2-3 at present.

Leinster exerted some early pressure on their first visit to Stadio XXV Aprile, with centres Reid and Brendan Macken threatening from the half-backs' quick feeds.

But Zebre were first to threaten the try-line, New Zealander Haimona unleashing Roberto Quartaroli on a midfield break and it took some great scrambling from Shane Jennings to hold up him just inches out.

Although the visitors had more possession, the Italians managed to open the scoring in the 15th minute as Alberto Chillon, who had gone close himself from a close-in ruck, fed flanker Andries van Schalkwyk for a muscular finish in the left corner.

Haimona was unable to convert the try and Leinster responded with a promising period of play as strong carries from captain Leo Cullen and Mike McCarthy got them into scoring range.

In the 22th minute, scrum half Cooney made it over to the left of the posts after gathering a neat between-the-legs pass by number 8 Murphy off the back of a scrum. Gopperth's conversion edged Leinster ahead.

Some costly turnovers prevented Leinster from building further pressure in the Zebre 22, although wingers Coghlan Murray and Darragh Fanning did threaten on the counter.

Murphy also caught the eye with a powerful burst but he ran out of space on the left as he attempted to link up with the supporting Jennings.

Gopperth landed a central penalty with the last kick of the first half to put Leinster five points up as they went off at the break.

The 10-5 scoreline remained untroubled despite the best efforts of half-time replacement Luke McGrath who ripped the ball free and weaved his way into the Zebre 22 before he was brought down.

Leinster continued to knock on the door, forcing the hard-working Zebre defence through tackle after tackle. Try scorer van Schalkwyk was pinged for not rolling away but Gopperth missed the left-sided penalty.

However, Zebre were unlocked out wide when a quick turnover led to a lovely switch between Kirchner and Coghlan Murray with the Academy player coming in off the left wing to send Reid charging away over the 10-metre line and in under the posts.

Gopperth's conversion was cancelled out by Haimona's three-pointer on the hour mark, but Leinster made the game safe with an industrious final 15 minutes.

Fanning, a tricky runner throughout, made the hard yards on the right before Madigan attacked the defensive line and passed back inside for South African Kirchner to raid in behind the posts.

The full-back's 66th minute score was converted by Madigan, and Fanning led Leinster's bonus point push with a superb counter attack, leaving six players in his wake as he made it into the hosts' 22.

Although the flame-haired winger then fumbled a difficult ball as Leinster kept pressing, the fourth try finally arrived when Hudson retrieved a Kirchner pass, skipped away from Kameli Ratuvou's challenge and evaded a tackle from Andrea de Marchi near the left touchline to score. 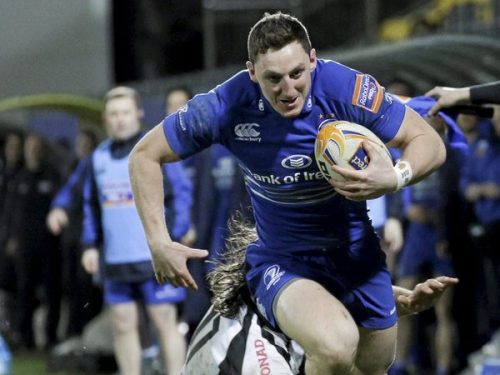