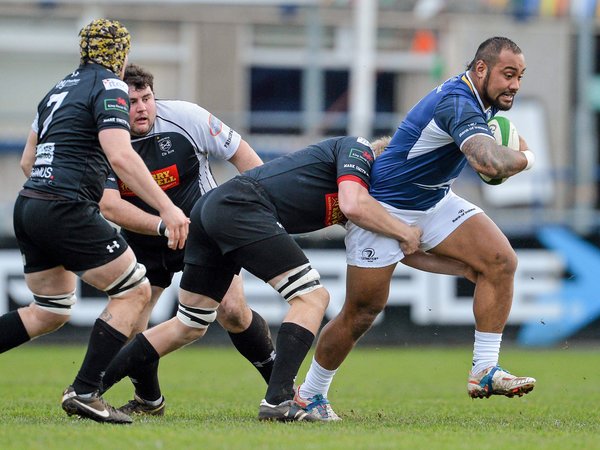 Girvan Dempsey's men raced into a 12-0 lead, but found the home team in no mood to surrender a week on from their 31-0 hammering in Dublin. By the break the gap was only a single point.

On a foul day in the Welsh valleys, played in driving rain, howling wind and the bitter cold, they were by far the better and more clinical side.

The visitors started strongly and put the Welsh side under enormous pressure, lively scrum half Luke McGrath crossing for an unconverted try in the seventh minute to open the scoring for them after they had turned down the opportunity of slotting over kickable penalties.

Keys, bolstered by a number of Newport Gwent Dragons players not involved in Thursday’s 32-13 defeat away to Bordeaux-Bègles in the Amlin Challenge Cup, fought hard to get back in the game.

There was a blow for Leinster 'A' early on when centre Colm O'Shea had to leave the field in the 17th minute with what looked like a shoulder injury, Darragh Fanning replacing him.

The province's captain Dominic Ryan crashed over in the 24th minute for their second try as his side showed how clinical they could be when given the opportunity. Out-half Cathal Marsh's conversion gave them a 12-0 lead.

But a yellow card for Tadhg Furlong a minute later caused difficulties for the visitors and Dorian Jones got Cross Keys going with two successive penalties.

Then, on the stroke of half-time, winger Lewis Hudd crossed in the corner for a well-worked unconverted try which cut the Leinster 'A' lead to 12-11 at the break.

As the rain lashed down in the second half so Leinster 'A' took firmer control. Exposing some sloppy defending from the Welsh, a five-pointer by centre Jordan Coghlan three minutes after the break extended their advantage.

The influential Marsh then struck two penalties, the first from inside his own half down wind and the next in off the upright, widening the margin to 23-11.

Keys brought on Italian international out-half Kris Burton in the second half and he kicked a penalty on 52 minutes as the conditions deteriorated badly.

But a pushover try from number 8 Leo Auva'a, who profited from a driving lineout, was converted from the touchline by Marsh and made the victory – and the bonus point – complete for Leinster 'A'.

Keys never surrendered but Leinster 'A' had a stranglehold in the closing stages to emerge as worthy and convincing winners.

With two games to play, the defending British & Irish Cup champions are unlikely to get caught and look destined for a home quarter-final tie.