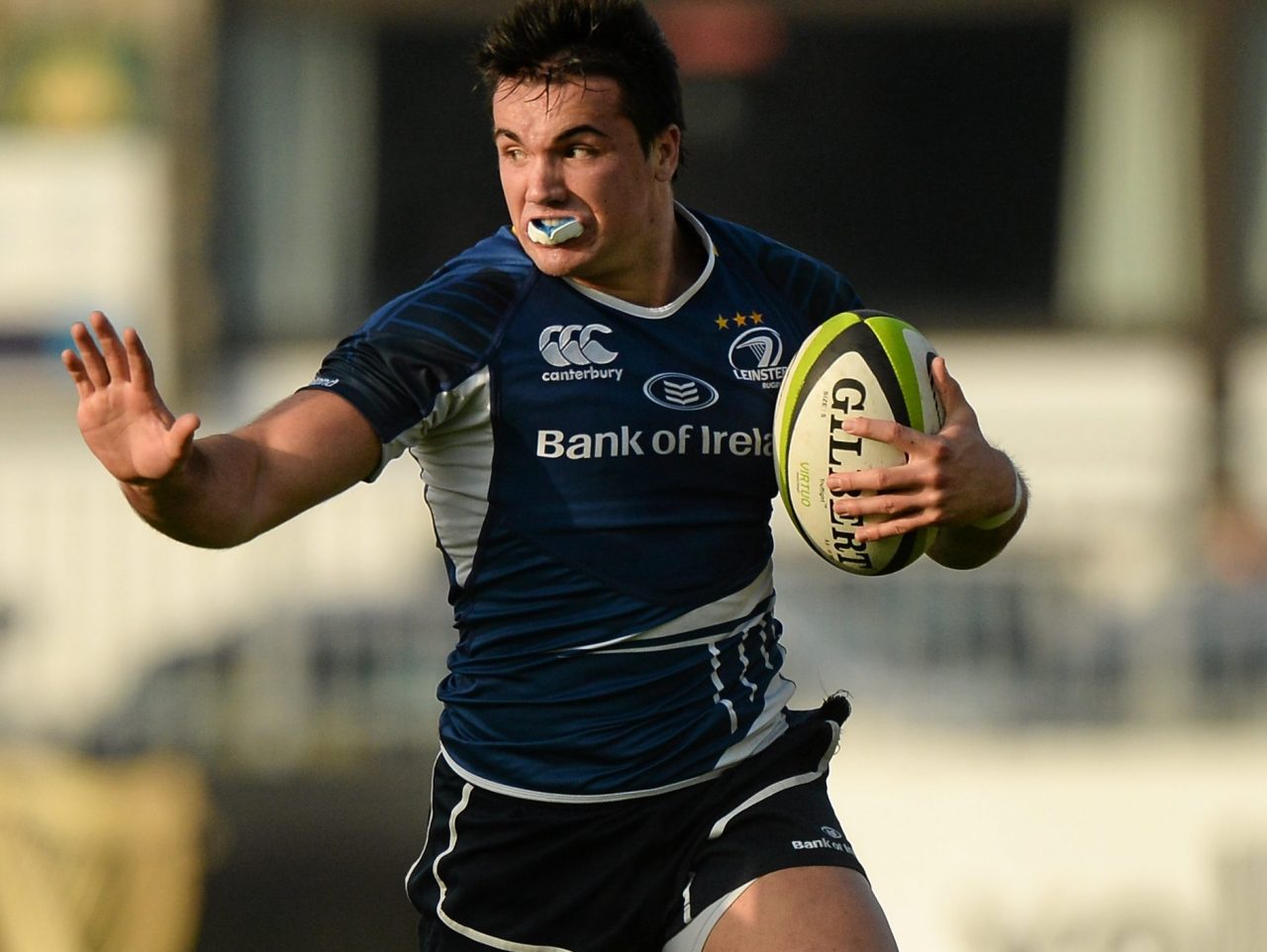 Leinster ‘A’ confirmed their British & Irish Cup quarter-final place with a round to spare, showing great character to hold off Jersey’s fightback and win 22-21 at St. Peter this afternoon…

The bonus point win ensures Girvan Dempsey's young side will win Pool 5, but with the other groups still headed by undefeated teams, it seems likely Leinster 'A' will face an away quarter-final in January.

Jersey's heavier pack were seeking to dominate the set piece and struck an early blow when a rolling maul formed from an attacking lineout. As the maul collapsed, referee Simon Rees signalled a penalty try.

The Leinster 'A' team's aim was to keep the ball alive and make use of their pacy backs division and within two minutes the ball was worked quickly to the right and Cian Kelleher's speed and balance enabled him to finish with ease.

An attritional phase of the game saw Jersey seek to exert pressure at the scrum, but the Leinster 'A' pack held up well and were able to gain a series of crucial turnovers in loose play.

The men in blue used this possession as an attacking platform and looked to have scored when Josh van der Flier found Sam Coghlan Murray, but the referee whistled up for a forward pass.

Jersey's pack was disrupted by the loss of flanker Nick Haining and prop Nick Selway in the opening quarter, while Leinster 'A' were beginning to find their form. James Tracy won turnover ball from a ruck on halfway and a lightning counter attack ended with Nick McCarthy crossing for his side's second try.

A narrow three-point lead had been increased to eight by half-time. Scrum half McCarthy made a sniping break to the left, and quick ball was fed across the back-line to allow Kelleher to cross for his second try.

None of the tries had been close to the posts and Cathal Marsh was unable to succeed with his three conversions attempts, leaving it 15-7 at the break.

The Leinster 'A' pack began the second half determined to assert themselves and continued to gain valuable possession at the breakdown as well as moving towards parity at the set piece. Jersey were also conscious of the threat out wide and this left a chink of light in the centre, exploited by Marsh whose jinking run in the 52nd minute brought him a try under the posts.

Ulsterman Mark McCrea, one of two Irish players in Jersey's squad – Wicklow native Michael Noone was the other – made a break that led to Jersey's second try, finished by Argentine prop Ignacio Lancuba following a series of forward drives.

Cheered on by a crowd of 1,695, Jersey struck for a third time after 73 minutes, skipper Alex Rae crossing for another forwards try that set up a grandstand finish.

As in their away tie in Wales against Carmarthen Quins, Leinster 'A' were again on the back foot in the closing stages, but this time there was to be no last-gasp heartbreak.

The home side were able to gain a penalty and set up an attacking lineout 35 metres from the try-line, but the threat was nullified thanks to the committed Leinster 'A' defence that was the decisive hallmark of the match.