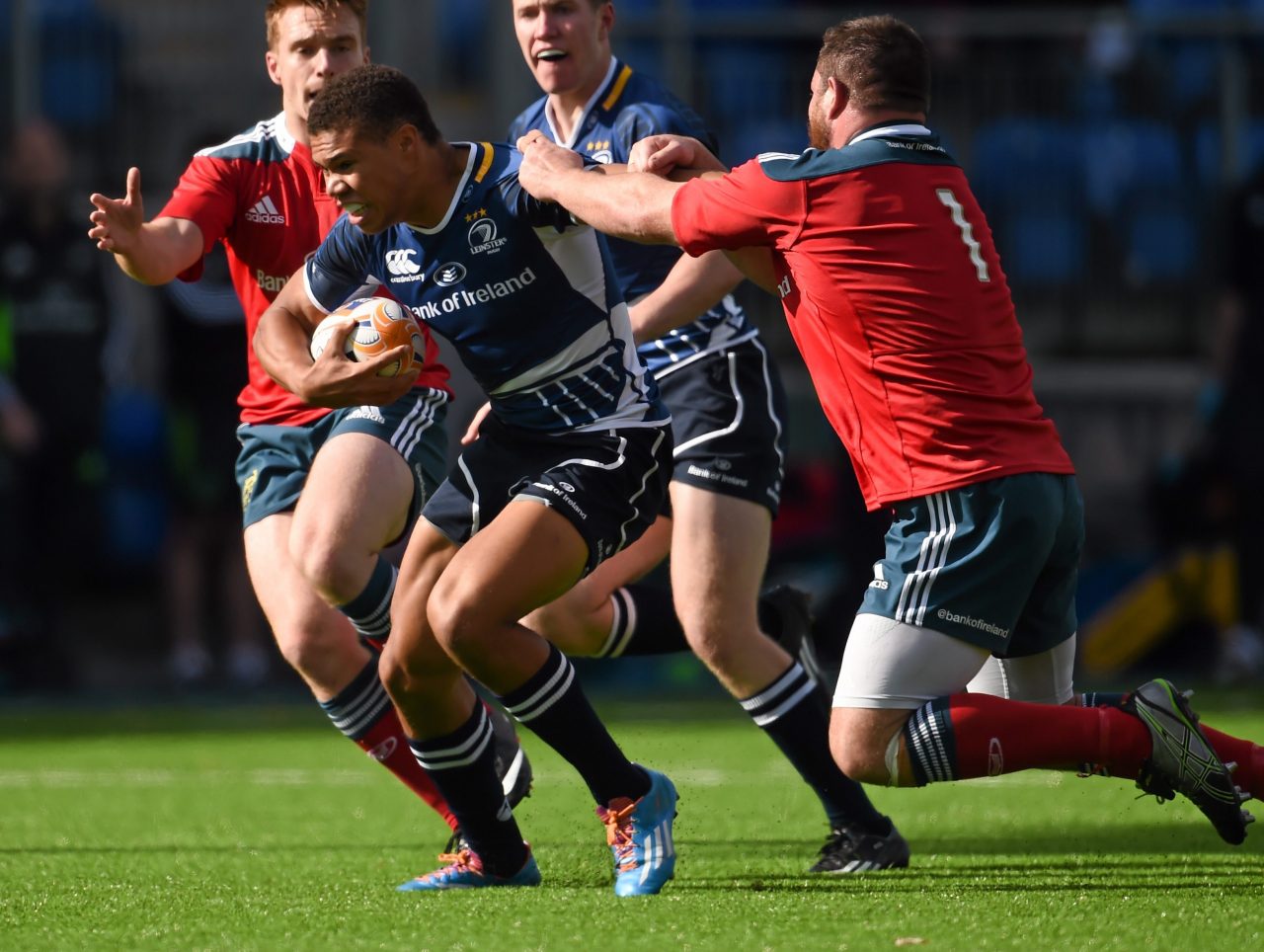 This was the first time that the provinces' 'A' teams had faced each other since last season’s British & Irish Cup quarter-final, which Leinster won on a comfortable margin of 47-15.

Today's game marked a return to action for hooker Richardt Strauss following his most recent injury lay-off, while it was the first time a Leinster side had played on Donnybrook's new 4G pitch.

With the vastly-experienced Donncha O’Callaghan leading a powerful Munster 'A' pack alongside fellow lock Sean McCarthy, it was a difficult fixture to predict on paper.

Indeed, the Mick O'Driscoll-coached visitors made a bright start to the proceedings, as full-back Johne Murphy and inside centre Rory Scannell led some early attacks.

The Leinster 'A' defence managed to hold firm, but they suffered a huge blow 11 minutes in when Clontarf clubman Colm O’Shea was forced off through injury.

Rory O'Loughlin was given the nod to replace O'Shea in a Leinster midfield that was still trying to settle into the contest.

Luke O'Dea is another player hoping to force his way into the reckoning for Anthony Foley's Munster senior squad and after racing on to his own kick up the right wing, he was unfortunate to see the ball drift into touch.

This was one of the rare creative sparks produced by either side during the first quarter, and although Adam Byrne and Ronan O'Mahony made promising breaks into opposition territory, the deadlock was not broken until the 27th minute.

An infringement in the scrum by Leinster 'A' prop Sean McCarthy resulted in a Munster penalty 35 metres from the post. Off his trusty left boot, Scannell made no mistake.

McCarthy found himself in the sin-bin following this indiscretion and with a dislocated finger also leading to an early departure for young centre Tom Daly, Girvan Dempsey's hand was becoming severely weakened.

A blood injury for skipper Tom Denton did not help matters either, but when Munster 'A' were caught offside seven minutes before the interval, Cathal Marsh restored parity from a routine place-kick on the 22-metre line.

This was certainly a boost for the reigning British & Irish Cup champions ahead of the break, but the province's growing list of injury concerns continued when a replacement was required for Marsh in the 38th minute.

A major structural change to the Leinster 'A' line-up saw Denton re-introduced for the St. Mary's College man, with the versatile Jordan Coghlan switching from flanker to inside centre and UCD's Ross Byrne handed the reins at out-half.

The sides remained tied at 3-3 as referee Peter Fitzgibbon's half-time whistle sounded, but thanks to a second successful penalty from the reliable Scannell just three minutes after the restart, Munster 'A' quickly went back in front.

Though this was a slender advantage, it still provided Munster 'A' with a platform to build on, and at the end of a massive push towards the Leinster posts 48 minutes in, flanker Shane Buckley was on hand to drive over the whitewash for the opening try of the game.

With Scannell converting in comprehensive fashion, significant daylight was now being created between the teams. In fact, Leinster 'A' suffered another blow with a second Munster touchdown just shy of the hour mark.

The excellent Scannell took advantage of hesitancy within the Leinster back-three on this occasion, and after collecting the ball deep inside the 22, he put O'Dea through for a simple score on the right wing.

Scannell was short of the mark from a tricky conversion attempt, but now that their lead had been stretched to 15 points, a massive effort was required from Leinster 'A' heading into the closing stages.

To their credit, the Blues continued to take to the fight to their southern rivals and after full-back Cian Kelleher was perilously close to breaking over via a lung-bursting gallop from deep, replacement Ross Byrne eventually found a way past a packed Munster defence five minutes from time.

His own conversion kick flew agonisingly past the posts and although Leinster 'A' did their level best to try and cut further into the deficit, the visitors went on to seal a hard-earned victory.