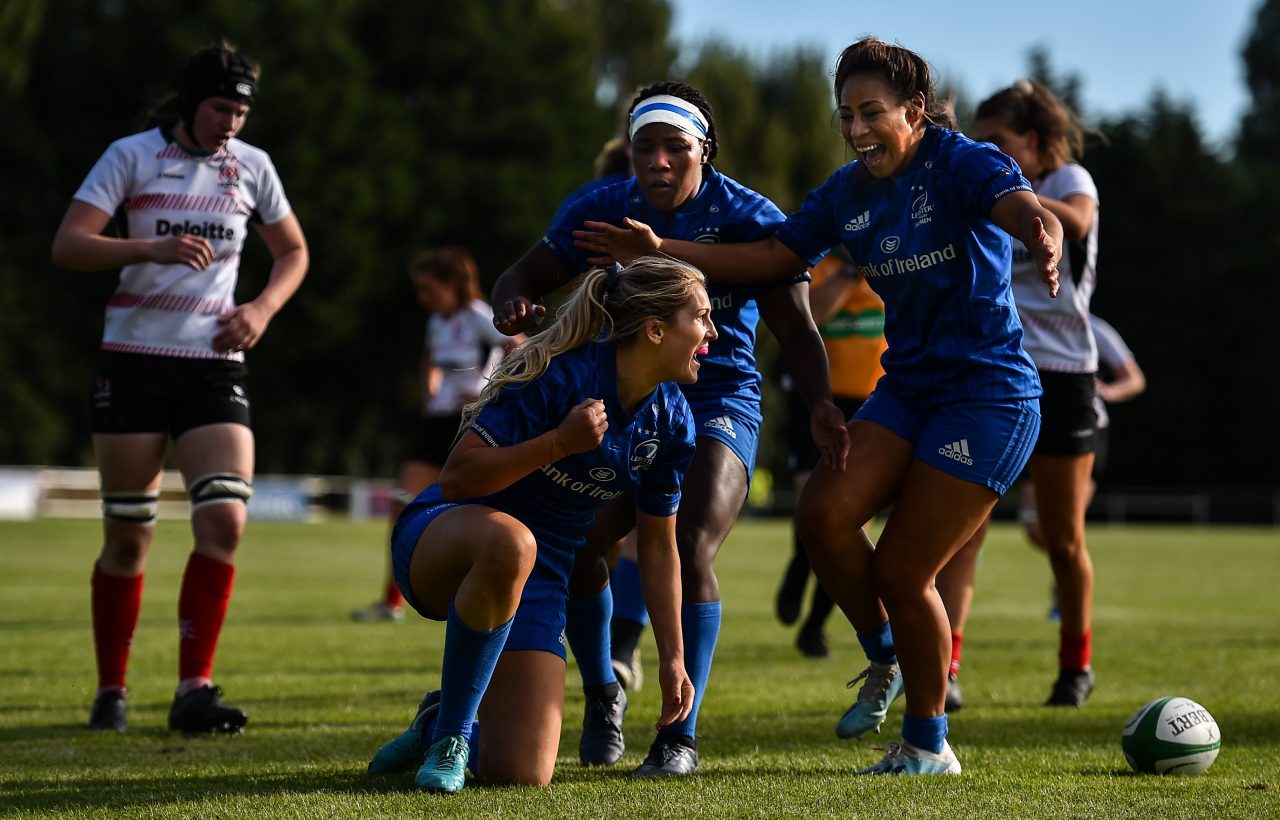 Ben Armstrong’s side will face Connacht in the final after the western province defeated Munster 20-17 in the first semi-final of the day.

The final will be played on Saturday, 21st September, with full details to be confirmed in the coming days.

The conditions on the day lent themselves to running rugby and Leinster showed their intent to play from the first whistle.

Early pressure inside the Ulster 22 saw Michelle Claffey dive over for the opening score in the third minute, with Hannah O’Connor adding the conversion to set the trend for the next 80 minutes.

Unfortunately for Claffey her game ended early with Jenny Murphy coming in for the Blackrock College RFC centre in the opening quarter.

A smart break from Megan Williams brought Leinster into Ulster territory but their defence scrambled to come away with the ball and clear.

Ulster scrum-half Jemma Jackson slotted a penalty when Leinster were penalised for not rolling away, but it was to be their only score of the game.

Leinster struck back quickly. After the restart, a break from Linda Djougang released Grace Miller. A forward pass brought the attack to a halt but soon after Lindsay Peat added the second try from close range.

Leinster continued to push forward with a break from Juliet Short testing the Ulster defence.

Clodagh Dunne added Leinster’s third try under the sticks before half-time to give the province a 19-3 lead at the break.

Leinster started the second half as they ended the first with strong carries from young lock Judy Bobbett helping to launch an attack down the right-wing.

A smart offload from Murphy found captain Sene Naoupu to bring play into the opposition 22 but a penalty came Ulster’s way when Leinster were penalised at a ruck.

They didn’t have to wait long for their fourth try. The ball was moved from right to left off a Leinster lineout, with carries from Murphy, Peat and Miller putting them on the front foot. Larissa Muldoon applied the finishing touch under the Ulster posts.

Quick hands from Miller sent Megan Williams away down the left for another try soon after.

Then Peat nabbed her second with a brilliant finish that saw her race over unopposed from 22 metres out to give Leinster their third try in 10 second-half minutes.

Molly Scuffil-McCabe made an instant impact when she was introduced from the bench with a finish around the fringes of a ruck at the Ulster line.

Leinster added two more tries before the end with Naoupu releasing Elise O’Byrne-White down the right, with replacement Katie O’Dwyer bagging the ninth and final try of the contest. 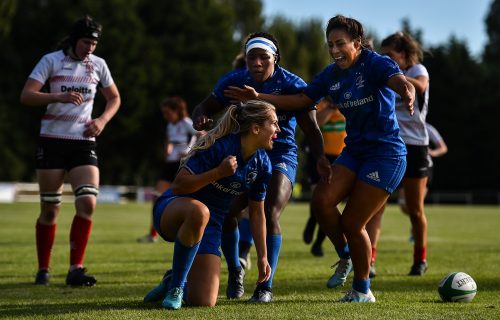 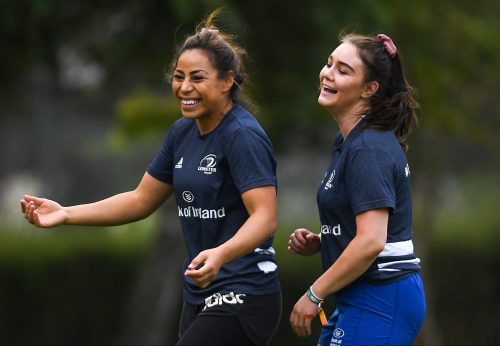