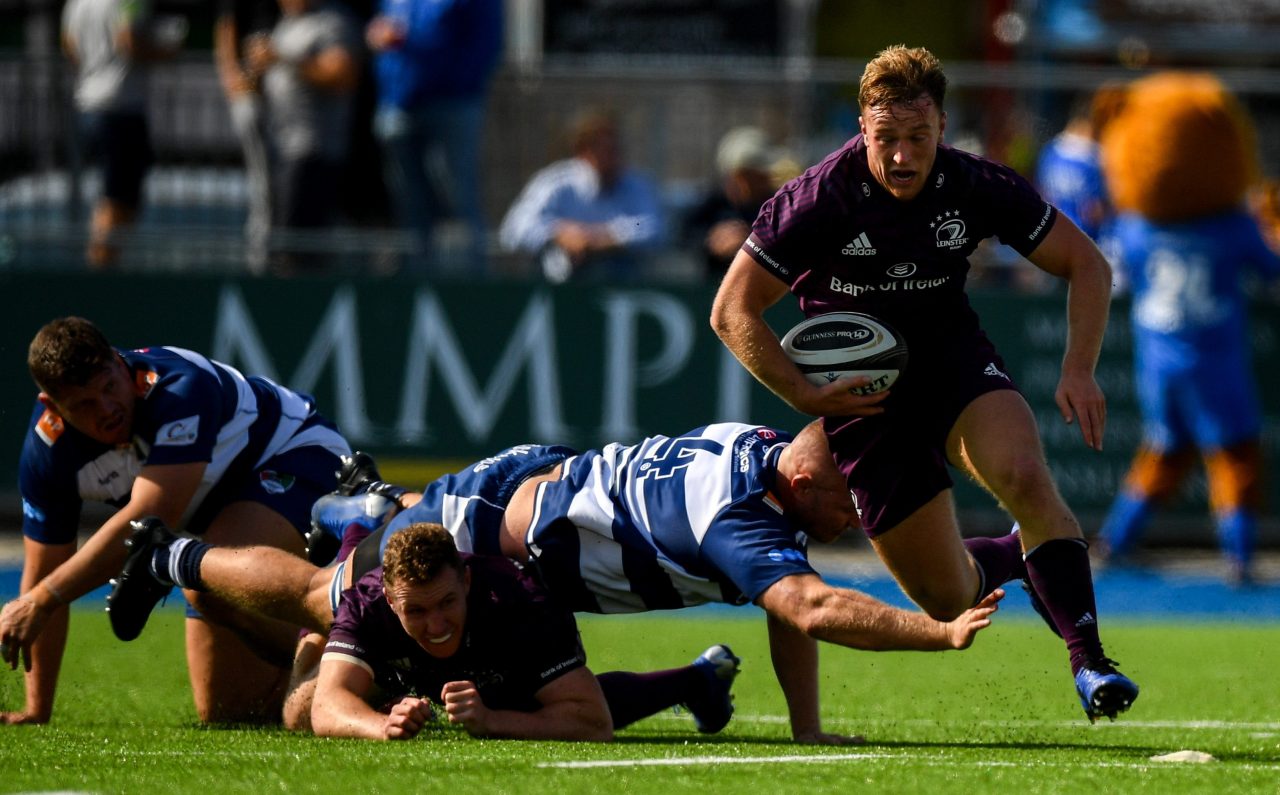 A Cormac Foley hat-trick helped Leinster Rugby ‘A’ get their Celtic Cup defence off to a flying start as they defeated Cardiff Blues ‘A’ 47-28 at the Arms Park.

The Ireland Under-20 scrum half was magnificent and was joined on the scoreboard by Dan Sheehan, Liam Turner and Jack Kelly, while their scrum earned a penalty try and young out-half Conor Kelly contributed 10 points from the kicking tee.

Cardiff Blues, who trailed 33-0 at one stage, scored four tries of their own courtesy of replacement hooker Cam Lewis grabbing a brace and Ed Howley and Barney Nightingale also touching down.

Leinster ‘A’ made a strong start by applying pressure in the Cardiff 22. Their opening try came from an error from the home side as hooker Evan Yardley overthrew an eighth-minute lineout with the ball landing into the hands of his opposite number Sheehan who bundled over from close range.

The Charlie Ryan-led visitors had a Turner try chalked off soon after due to a forward pass from Sheehan. But the Welsh region could not cope with the pace and intensity of Noel McNamara’s young side in the early stages of the game.

Leinster ‘A’ were soon celebrating their second try when nippy scrum half Foley took a quickly-taken penalty to run in unopposed from 40 metres out for a try which Kelly converted. It took Cardiff 25 minutes to enter the visitors’ 22 but a sustained bout of pressure came to nothing.

After weathering the storm, Leinster ‘A’ managed to inject some more pace into their attack. The ball was put through the hands with inside centre Turner eventually touching down under the posts. Kelly added the extras to make it 19-0, seven minutes before half-time.

The reigning champions began the second half in exactly the same fashion as they finished the first, with Ireland Sevens international Kelly slicing open the Cardiff defence before drawing his man to put Foley over for his second try and the team’s bonus point score.

The Irish province were awarded a 49th-minute penalty try after they had overpowered the Blues scrum. Cardiff opened their tally with right winger Howley squeezing in at the corner after an initial break by Dale Stuckey.

Yet, within a minute, Leinster ‘A’ had breached the Blues defensive line once more. Flanker Mark Hernan brushed aside Welsh tacklers before sprinting through. As he approached the 22, he drew his man to put Foley clear for his hat-trick.

The Blues hit back immediately when Lewis powered over the line as a result of a well-worked driving lineout. The potent Leinster ‘A’ attack clicked again, though, as Kelly opened up the home defence on the hour mark.

To their credit, the Blues refused to throw in the towel and scored arguably the try of the game when replacement full-back Nightingale ran in from 60 metres out. They claimed their own bonus point when Lewis crossed once more in the 76th minute.

McNamara’s youngsters have their first home game next Saturday when they entertain Scarlets ‘A’ at Energia Park (kick-off 5.30pm). The Scarlets side conceded a last-minute try in a 35-32 first round loss to Ulster ‘A’ in Llandovery. 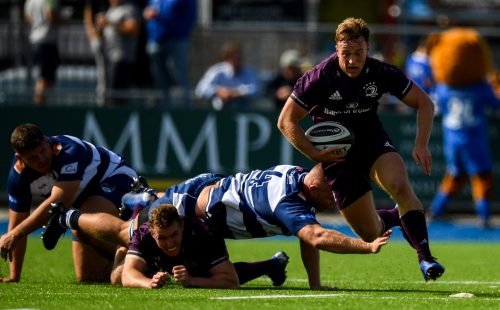 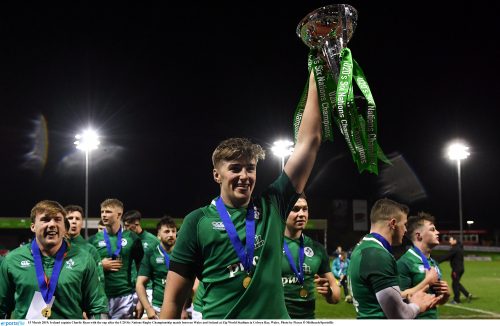