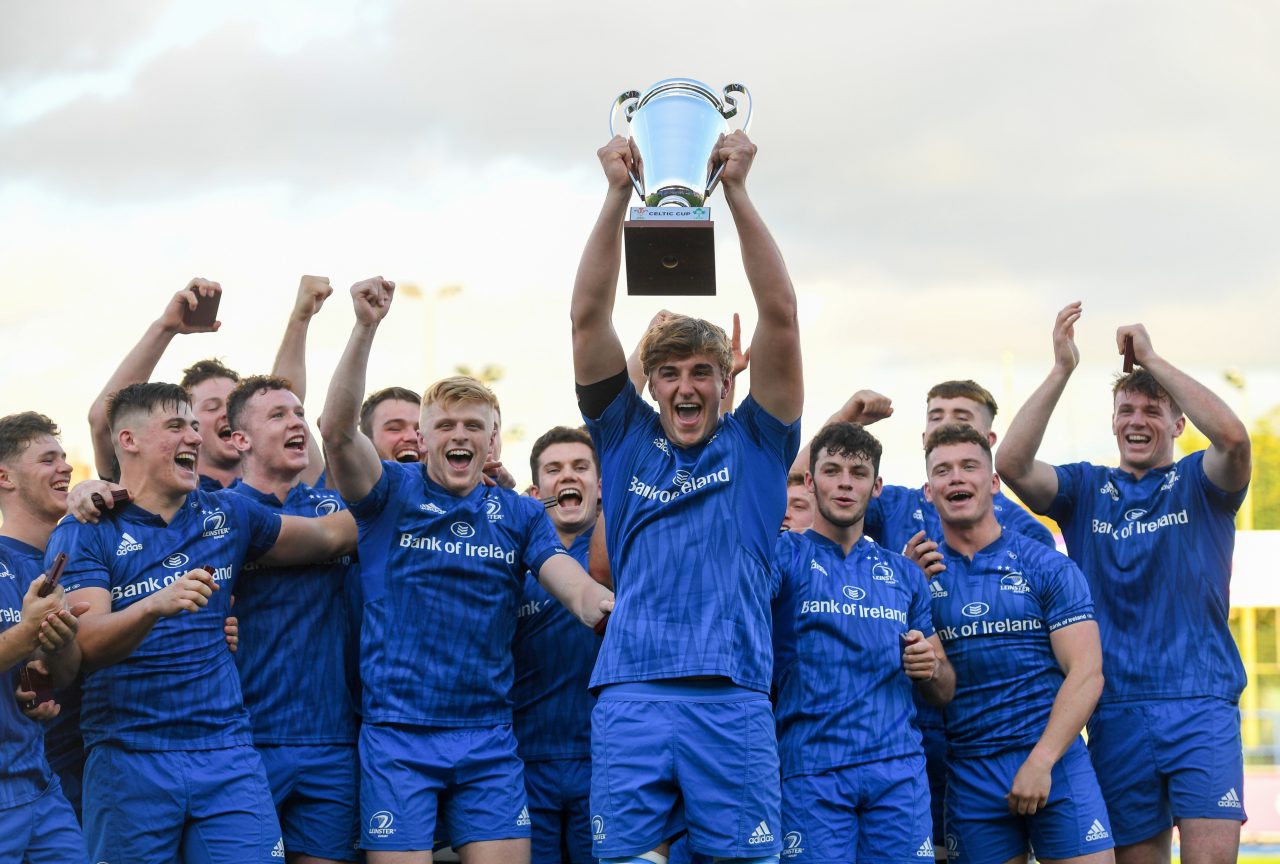 Leinster ‘A’ sealed back-to-back Celtic Cup titles with a convincing 31-10 triumph at the expense of Ulster ‘A’ at Energia Park this afternoon.

Having claimed the inaugural Celtic Cup with a gutsy 15-8 win over the Scarlets in Llanelli last year, Leinster ‘A’ were hoping to retain the title on home soil.

Their comprehensive 43-14 win over Connacht Eagles last time out was their 14th in succession at this level, and with senior head coach Leo Cullen watching on, they were hoping to extend this excellent run.

With 15 provincial caps to his name, scrum half Hugh O’Sullivan was the most experienced Leinster player on show. He was backed up by Gavin Mullin, Jack Dunne and Dowling, while replacements Michael Milne, Ryan Baird, Patterson and Harry Byrne have also featured for the first team.

Eager to make amends for their most recent performance in Donnybrook – a heavy 55-24 defeat in round four – Ulster ‘A’ denied space to their provincial rivals during the opening minutes.

A series of ferocious tackles frustrated Leinster ‘A’ until out-half Conor Kelly offered them an attacking platform with a superb kick to touch from a long-distance penalty. The hosts were penalised for obstruction at the resulting lineout maul.

The deadlock was broken in the 12th minute when Ulster ‘A’ full-back Ethan McIlroy broke out of defence and released winger Graham Curtis for a smooth score in the left corner. Bruce Houston converted in fine style from the touchline.

Leinster ‘A’ full-back Rob Russell responded with a routine penalty in front of the posts, only for the dependable Houston to cancel that strike out, from the right, at the start of the second quarter.

McNamara’s charges restored parity at 10-all just shy of the half hour mark. A series of five-metre drives edged them towards the Ulster ‘A’ whitewash and Dowling finally broke their resistance with an impressive finish.

Russell levelled with the conversion, and after he hit the post with a 39th minute penalty, the Leinster ‘A’ got it right just on the stroke of half-time. Hooker Dan Sheehan touched down from a well-executed maul. Russell’s kick made it 17-10 at the break.

The holders continued to control the tempo on the restart and they pushed on thanks to a superb individual try from Russell after a gap had opened up on the left side of the Ulster ‘A’ defence.

Byrne, Milne and Baird had been introduced for Kelly, Charlie Ward and captain Charlie Ryan respectively, and out-half Byrne made no mistake with a terrific conversion.

Ulster ‘A’ stepped up their game either side of the hour mark and the pressure led to a 61st-minute yellow card for Dowling. He was soon joined in the sin-bin by tighthead Tom Clarkson, and Leinster ‘A’ soon had to introduce Roman Salanoa for winger Liam Turner.

Just when Ulster ‘A’ looked primed to score their second try, the hosts’ rejigged line-up dug deep to secure a turnover penalty. Following Dowling’s return, Leinster ‘A’ got to grips with the challenge with the finish line in sight.

Back to their full complement on the 80-minute mark, they extended their lead thanks to a clinical Patterson score. Byrne supplied the extras to bring the curtain down on another Celtic Cup success for Leinster ‘A’.