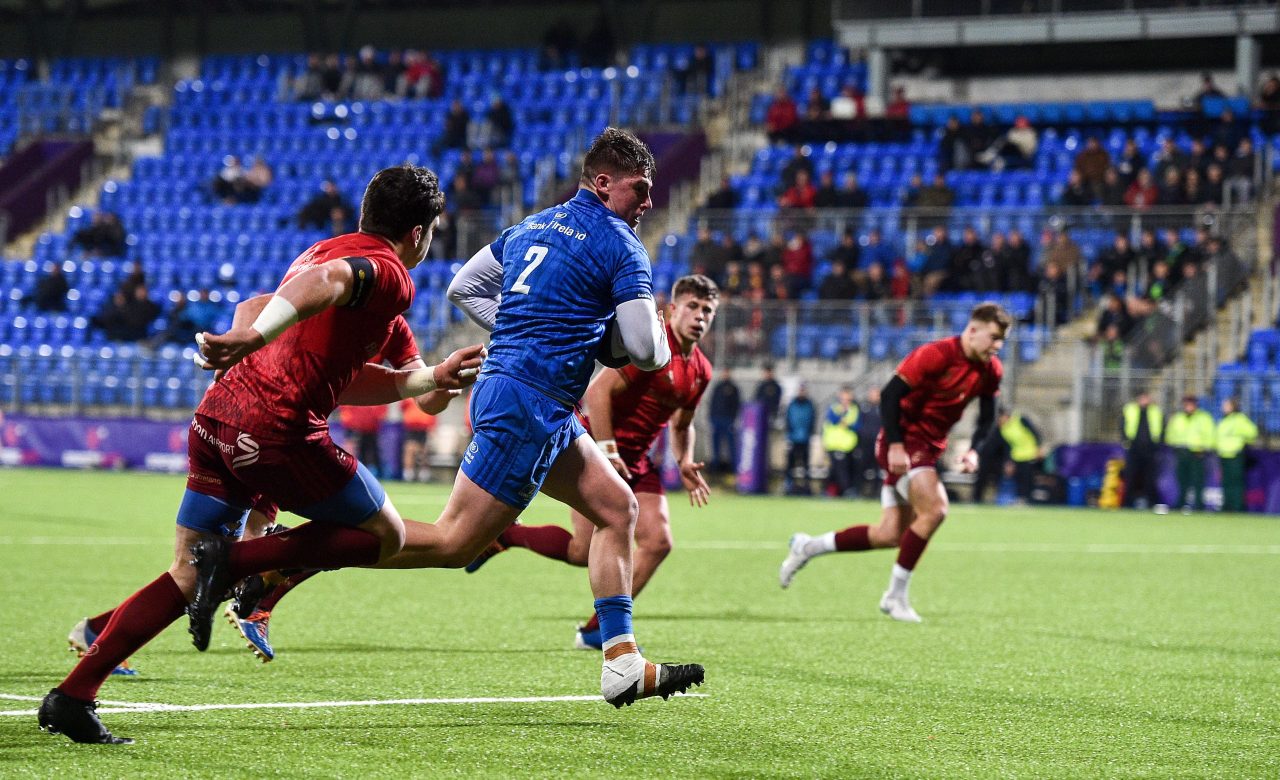 Leinster ‘A’ fell to a 39-33 defeat to arch rivals Munster ‘A’ at the end of a thrilling interprovincial encounter at Energia Park tonight.

Despite Dan Sheehan and Cormac Foley grabbing a brace of tries for the Celtic Cup champions, the Jack O’Sullivan-inspired Munstermen had just enough in reserve to secure the spoils.

This was the second meeting between the two teams in 2019, following their Celtic Cup clash at Irish Independent Park in September. Leinster ‘A’ secured a comprehensive 47-21 victory in Cork and subsequently retained their title against Ulster at Energia Park in mid-October.

While there was a significant change in personnel for this latest provincial derby, the will to win was strong amongst both camps. Although Leinster ‘A’ head coach Noel McNamara selected a youthful squad, he was still able to call upon a number of players with senior experience.

Munster ‘A’ out-half Ben Healy, who recently made his senior debut, broke the deadlock on a chilly evening in Donnybrook. He split the uprights in the fourth minute with a very well-struck long-range penalty.

It was a generally positive opening from the visitors, who were doing their utmost to deny Leinster ‘A’ the quality possession that they crave. Presented with a second place-kick in the tenth minute, Healy’s second effort at goal drifted wide and he also missed another kick just moments later.

Nonetheless, a determined Munster ‘A’ continued to dominate possession for the remainder of the first quarter. Healy was twice called on to kick penalties to touch and this paid off with a powerful lineout maul forcing the home side into the concession of a 19th-minute penalty try.

Despite the loss of lock Oisin Dowling to the sin-bin, Leinster ‘A’ got themselves on the front foot. They were turned over off a lineout move just shy of the half-hour mark, but the return of Dowling to the pitch sparked some of their best play.

However, Munster ‘A’ fired back in clinical fashion as dynamic number 8 O’Sullivan broke from a five-metre scrum to score their second converted try. There was still time before the break for an incisive Leinster ‘A’ maul move which sent Sheehan over for his second touchdown.

Corkery missed the tricky conversion, leaving the Munstermen to turn around with a 17-12 lead. Yellow cards to Michael Milne and Gavin Coombes cut both teams to 14 men, before O’Sullivan had a try ruled out for obstruction in the second period’s opening attack.

A routine penalty from Healy made it 20-12, five minutes after the restart, and O’Sullivan continued to cause problems for Leinster ‘A’. He duly bagged his second score of the night with another superb individual effort which Healy converted to widen the margin to 15 points.

To the Leinster ‘A’ team’s credit, they relentlessly pursued their third try as the final quarter approached. Heroic defence kept them at bay until Foley, who had switched from scrum half to the right wing, broke through with a confident finish over the line.

A terrific conversion from Corkery added to the hosts’ momentum, only for Munster ‘A’ to hit back with another penalty try in the 66th minute, as Eoghan Clarke and Craig Casey led the charge at the back of an advancing maul.

Yet, just when Leinster ‘A’ appeared to be facing into an insurmountable deficit, Andrew Smith’s outstanding break released Foley for his second touchdown and his side’s fourth of the night. Crucially, with Cian Hurley in the bin, Leinster ‘A’ also had a numerical advantage to use at scrum time.

This led to a John McKee try with just two minutes remaining, and Corkery’s excellent touchline conversion suddenly cut the lead to 34-33. It was Munster ‘A’ who had the final say, though, as full-back Alan Tynan dotted down in the right corner to decide an enthralling 10-try affair. 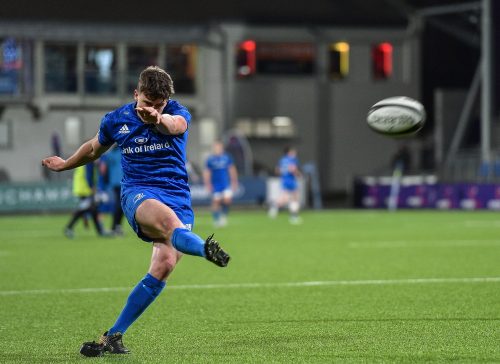 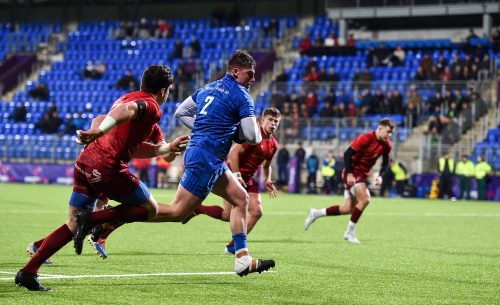 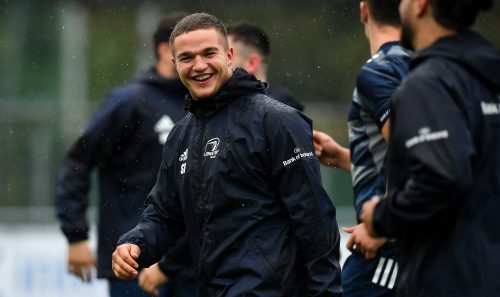