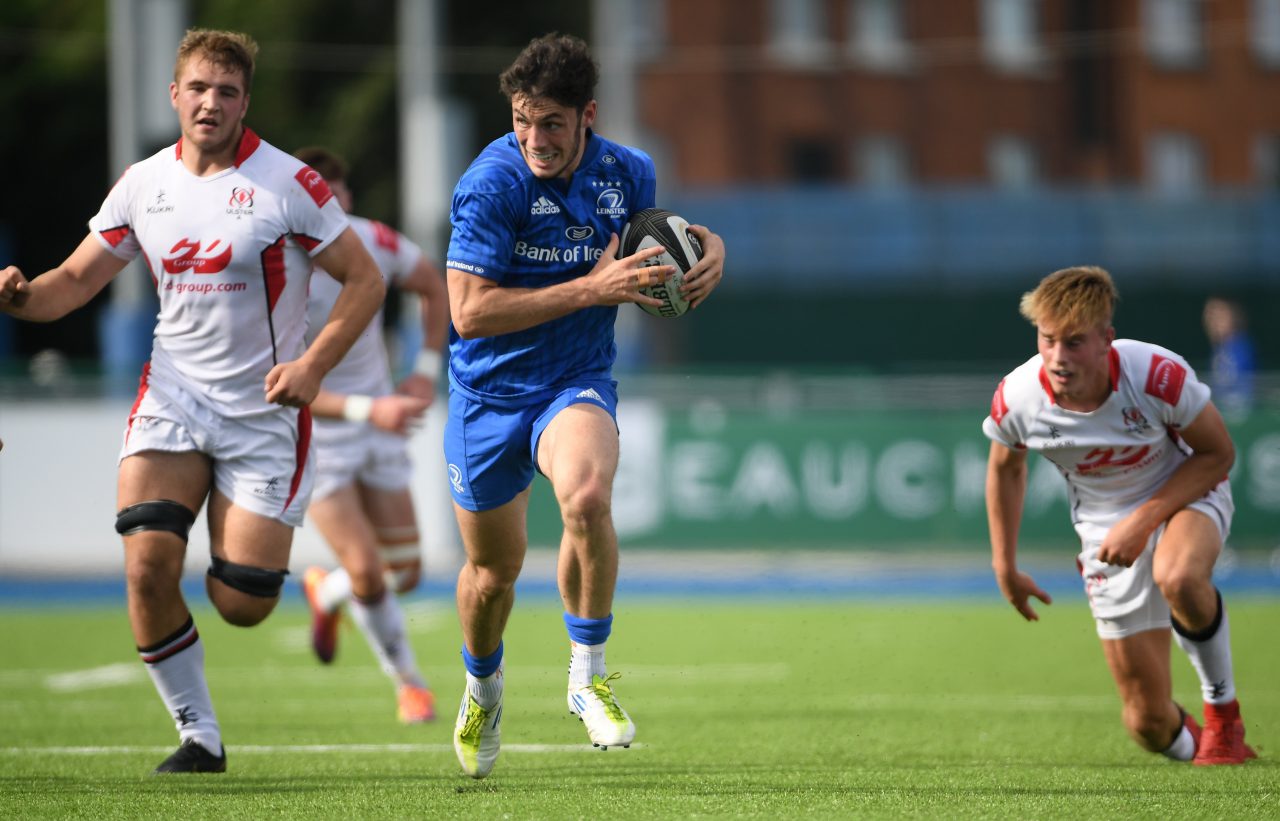 Leinster Rugby ‘A’ moved four points clear at the top of the Celtic Cup table with a commanding 55-24 bonus point victory over their Ulster counterparts at Energia Park.

A hat-trick of tries from Gavin Mullin set the tempo for a dominant display as Ulster Rugby ‘A’, who were previously undefeated this season, struggled to match the pace and power of the defending champions.

The visitors did respond with a spirited surge in the second half which earned them their own try-scoring bonus point, but it was never going to be enough to deny Noel McNamara’s youngsters their fourth successive win of the campaign.

Following last week’s impressive 47-21 win over Munster ‘A’ at Irish Independent Park, table-topping Leinster ‘A’ were aiming for another provincial scalp at their Donnybrook fortress.

Included among the Ulster ‘A’ squad were a number of players who are familiar to McNamara through his work with the national age-grade set-up. There were also spots in their second row for Jack Regan and David O’Connor, both of whom were previously members of the Leinster Academy system.

The visitors looked set to take the lead when out-half Bruce Houston lined up a penalty with just two minutes gone. His effort from the right was firmly struck but it rebounded off the woodwork before falling into the grateful arms of his Leinster ‘A’ counterpart Harry Byrne.

Indeed, despite coming under additional pressure in defence, Leinster ‘A’ duly established territory deep into the visitors’ 22. A series of five-metre scrums offered them sustained momentum, and at the end of a multi-phase move, outside centre Mullin dived underneath the posts for a breakthrough 12th-minute score.

Byrne converted and the fired-up Blues quickly doubled their lead from the restart. Mullin is a son of Ireland great Brendan Mullin and he signposted his enormous potential with a spectacular 14th-minute finish.

After making a strong carry through midfield, he evaded a number of challenges on the right wing to grab his second try in as many minutes. Byrne was on hand to supply the extras again as Leinster ‘A’ surged impressively into a 14-0 lead.

Ulster ‘A’ then lost Graham Curtis to injury with Luke Pollock taking his place in the back-three. He entered the fray during a difficult period for the visitors, who fell further behind during a one-sided second quarter.

Leinster ‘A’ winger Rob Russell chased down his own kick on the right flank and crossed the whitewash with consummate ease. The Celtic Cup holders were already in sight of a fourth consecutive bonus point and it inevitably arrived with 23 minutes on the clock.

Rowan Osborne first made his name as a livewire scrum half at Clongowes Wood College, before making waves in the All-Ireland League with Dublin University. He spotted a gap in the the heart of the Ulster ‘A’ defence and touched down smartly for another converted effort.

Leinster ‘A’ continued to be relentless in their pursuit of scores, and while their approach play was superb throughout, they showcased a powerful set piece for try number five on the half hour mark.

After Byrne kicked to touch on the left, young hooker Dan Sheehan applied the finishing touches at the back of an advancing lineout maul. Sheehan was an early replacement for Ronan Kelleher in their last home game on August 31 – a 50-12 triumph over Scarlets ‘A’.

Eager to stake his claim for a starting berth, an incisive break by the dynamic Sheehan ended with him joining Mullin on a brace of tries. Byrne increased his personal tally with another well-struck conversion, leaving Leinster ‘A’ with an insurmountable 38-0 cushion at the break.

Whereas the sole change for the home team on the resumption was the introduction of Under-20 Grand Slam hero Liam Turner, Ulster ‘A’ made three alterations to their side. Initially, it did little to stem the Leinster ‘A’ tide.

Three minutes into the second period, Osborne picked out tighthead Tom Clarkson for a close range drive over the line. Ulster ‘A’ were beginning to apply serious pressure near the Leinster ‘A’ posts, however, and got their just rewards on 49 minutes.

Captain Marcus Rea was doing his utmost to lead his province’s resistance and the industrious flanker finally opened their account with a hard-earned try. Having missed his first kick at goal, Houston was on target with a straightforward conversion at 45-7.

However, Mullin soon pounced for his third try of the game at the tail end of a sweeping attack. To the credit, Ulster ‘A’ persevered with their challenge, and in a replica of Sheehan’s first score, David McCann notched a maul try just shy of the hour mark.

Indeed, with Osborne consigned to the sin-bin, the visitors’ effective set piece produced another try for McCann in the 65th minute. Leinster ‘A’ managed to keep things tight until Osborne’s return, although an injury to full-back Jack Kelly meant that they finished the match with two scrum halves (Osborne and Patrick Patterson) on the pitch.

The Ulster ‘A’ team’s persistence was rewarded when replacement prop Tommy O’Hagan got over for their bonus point try four minutes from the end. Yet, just as they had managed in their two most recent outings, Leinster ‘A’ signed off with a late try when Patterson nipped over right at the death. 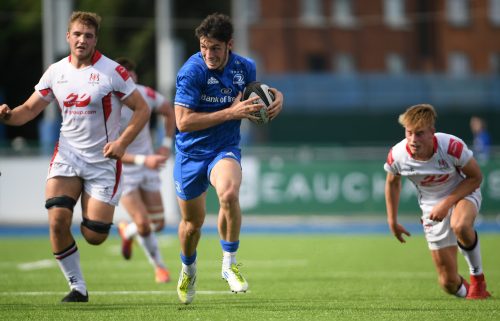 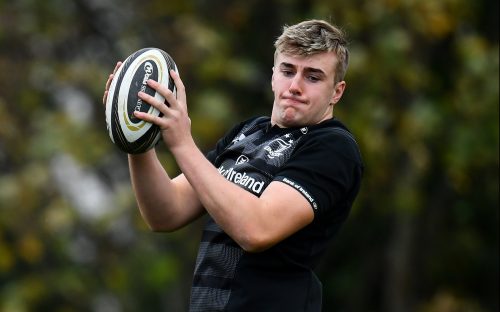