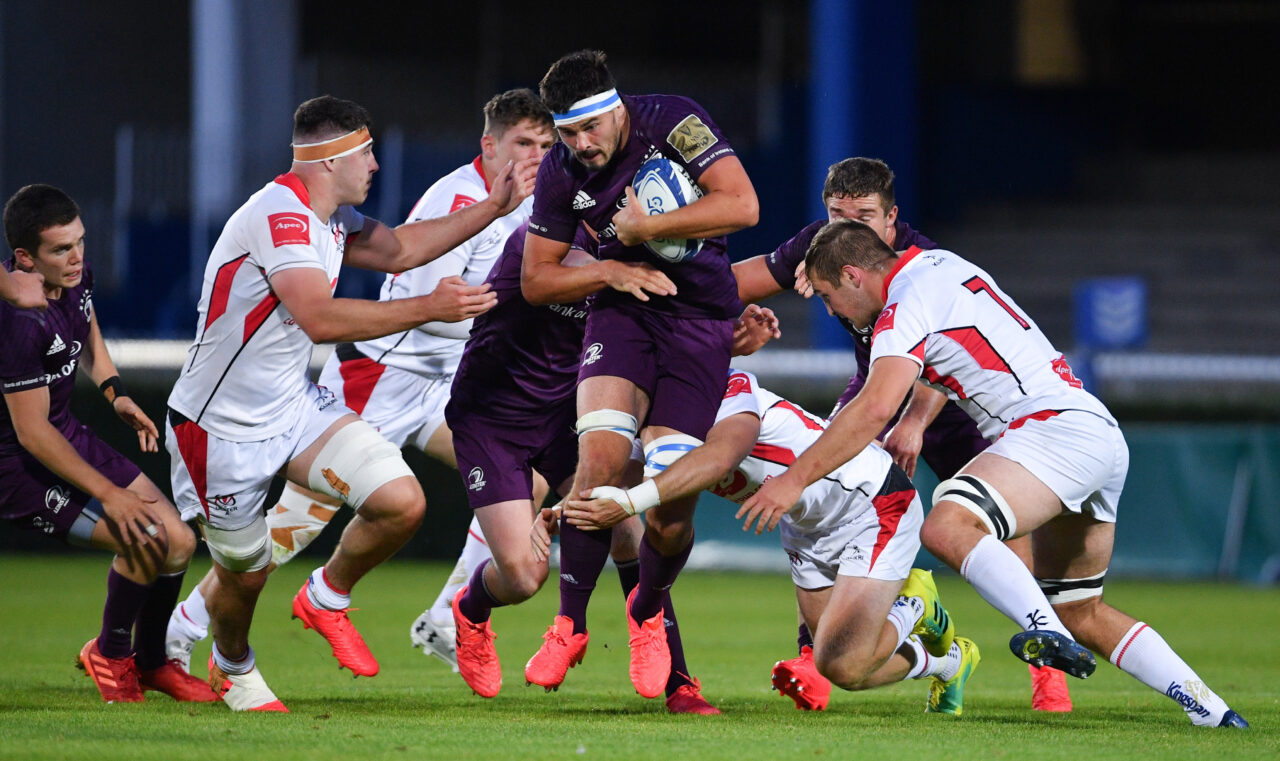 Leinster Rugby ‘A’ suffered a 29-14 defeat to Ulster Rugby ‘A’ this evening with a second half surge helping the visitors pull away at the RDS Arena.

Tries from Max Deegan and Peter Dooley either side of half-time had pushed Leinster ahead following an early concession but Ulster came back strongly despite spending 10 minutes with 14 men.

The visitors opened the scoring through outhalf Bill Johnston who went in under the posts after some intricate play by their midfielders off a lineout in the Leinster 22.

That lineout had come from a penalty which Ulster could have easily aimed at the posts but their decision was rewarded with a greater prize.

Leinster looked to have pulled back the deficit just minutes later when Cian Kelleher was set free down the left wing but he was deemed to have placed a foot in touch.

At the other end, a chance for Ulster to go to the corner proved less successful than their initial venture as Leinster’s maul stuck to their task and forced them into touch.

The northern province certainly enjoyed the opening 40 minutes much more than their opposition and it looked as though Matt Faddes and Aaron Sexton had stretched Leinster and eked out a certain try but Tommy O’Brien recovered well to make a big stop and win the penalty.

Leinster did find their footing in the game just before the break and Irish international Deegan used all of his 110kg frame to crash over from close range after Leinster managed to win a battle of the wits at scrum time. Byrne’s conversion tied the game at the short whistle.

A more positive start to the second half saw prop Dooley sneak in uncontested from 10m to push Leinster in front for the first time.

Gareth Milasinovich’s sinbinning didn’t prevent Ulster from reducing the deficit with captain Adam McBurney dotting down from the back of a maul. Johnston’s conversion from wide on the left missed the target leaving the score in Leinster’s favour with a quarter to play.

However, Faddes runaway try had the visitors back in front immediately after, the New Zealand native broke clear and chipped in behind before winning the race.

Johnston put revival beyond the reach of Leinster in the 79th minute, converting an impressive penalty from just inside his own half.

Winger Gilroy then stole away to add further gloss to the scoreline. His interception allowing him a free run in underneath the Leinster posts. 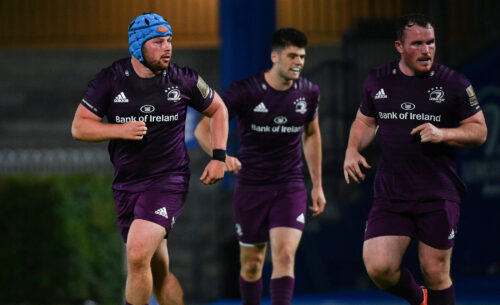 Gallery: Leinster ‘A’ v Ulster ‘A’ at the RDS Arena 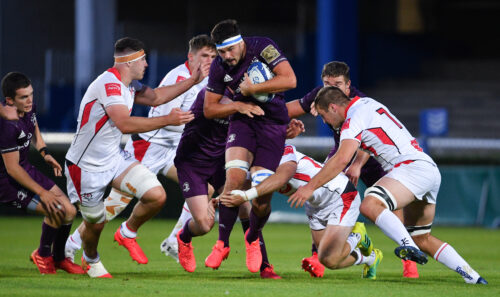 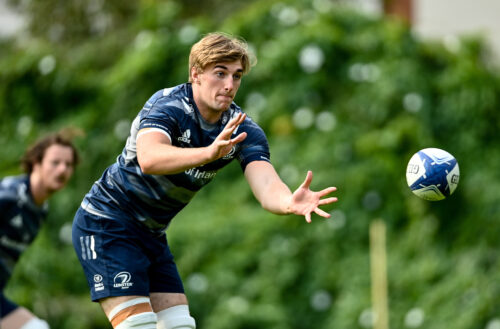