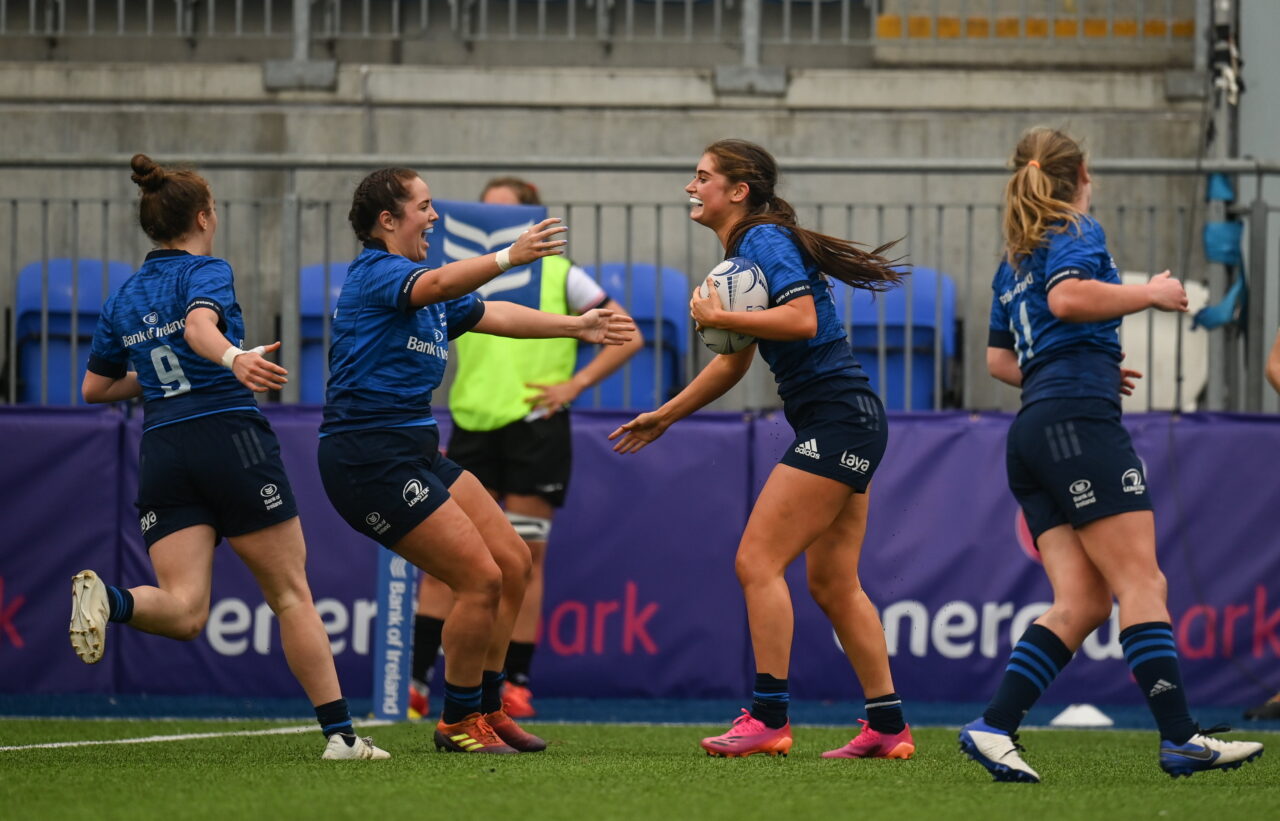 It’s two wins from two for Leinster Rugby after a clinical showing against Ulster in the Vodafone Women’s Interprovincial Series.

Playing at Energia Park, and in front of a home crowd, for the first time since September 2019, Phil de Barra’s side were impressive in attack all day, starting from the second minute.

From the very start, Leinster looked formidable. Their first attack pushing Ulster back with each drive until Elise O’Byrne-White was afforded the chance to dive over in the corner.

A spirited response from the visitors saw them block down a Molly Scuffil-McCabe kick in dangerous territory but the bounce of the ball went against Ulster.

Their failure to make their 10-minute spell of territory count on the scoreboard would haunt them when Leinster hooker Lisa Callan burst through the Ulster line and stepped around Dolores Hughes for the hosts’ second try. Jenny Murphy’s conversion would make it 12-0.

The water break would separate that score from Leinster’s third try as they relentlessly attacked Ulster once again, Grace Miller and captain Christy Haney driving the hard yards before Nikki Caughey was gifted the chance to dot down.

In the 25th minute, full back Ella Roberts, the first ever Wicklow RFC representative at this level making her first start, would latch on to a loose ball and show impressive pace to pick off the bonus-point score.

Centre Niamh Byrne showcased her strength for Leinster’s fifth, driving opponents over the line on her way to scoring. 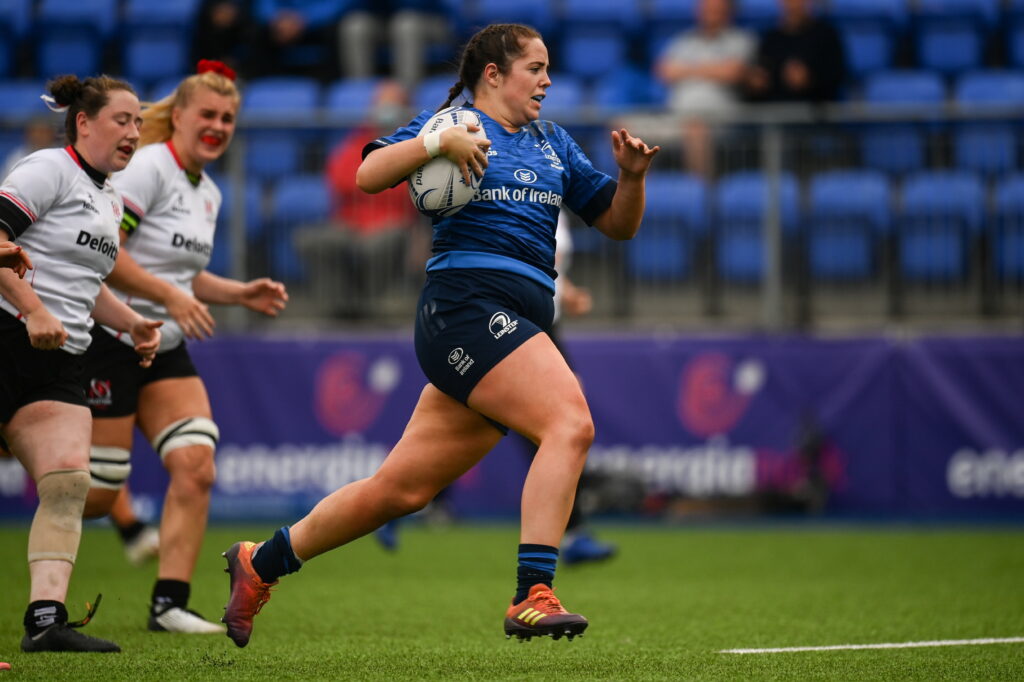 The second half started for the home side in the same manner as the first. With just over 120 seconds on the clock, they were in again, this time Michelle Claffey stretching to the line.

However, it was quickly cancelled out when Lauren Farrell-McCabe fielded well and darted 50 metres to the line only to be caught by Fern Wilson. Luckily, the replacement scrum half had the awareness to offload to Claffey who nipped in for her second.

A clever lineout move got Ulster their second try in the 52nd minute, Taryn Schutzler peeling off the maul to steal away to the corner.

Roberts continued to impress with ball in hand and was rewarded with a second try on the hour mark, once again the Wicklow star’s quick feet doing the damage. 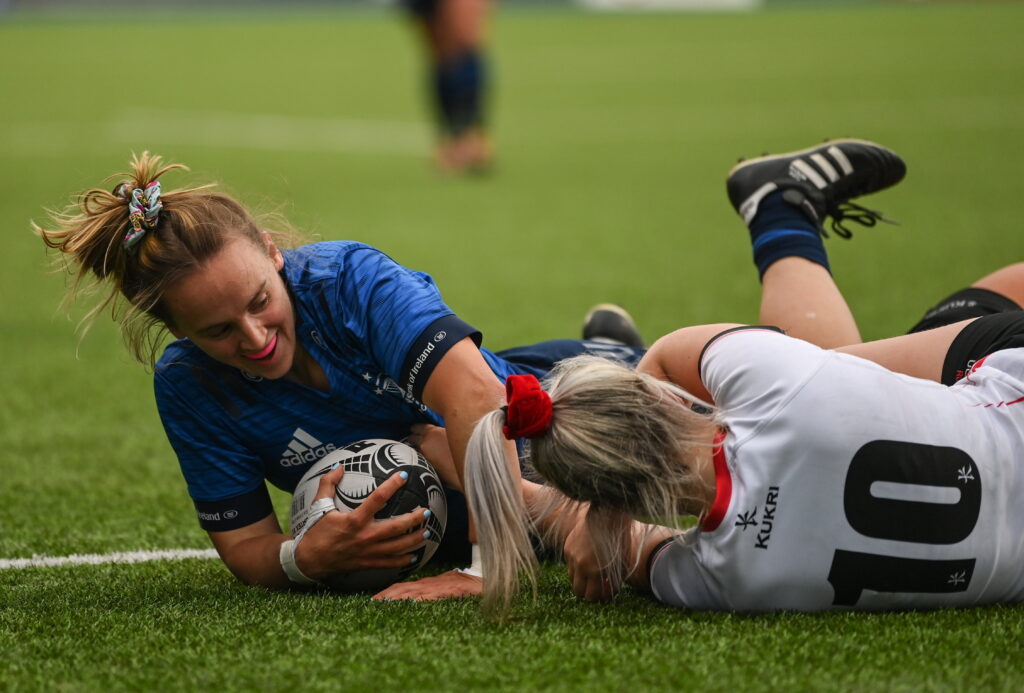 Miller was finally over the line for her try in the 65th minute after tormenting Ulster throughout, a deserved five points for the winger.

After being introduced for her debut, Naas RFC’s Emily McKeown had another milestone, scoring her first try for the province in the 78th minute. The winger using her pace to get around the outside and find the corner.

She was denied a second just moments later by a last-ditch tackle but Vic O’Mahony eventually finished off the move bringing Leinster’s total to 57 points.

Up next for Leinster is a clash with Munster at Energia Park on Saturday, 11 September, with the Interprovincial crown on the line.