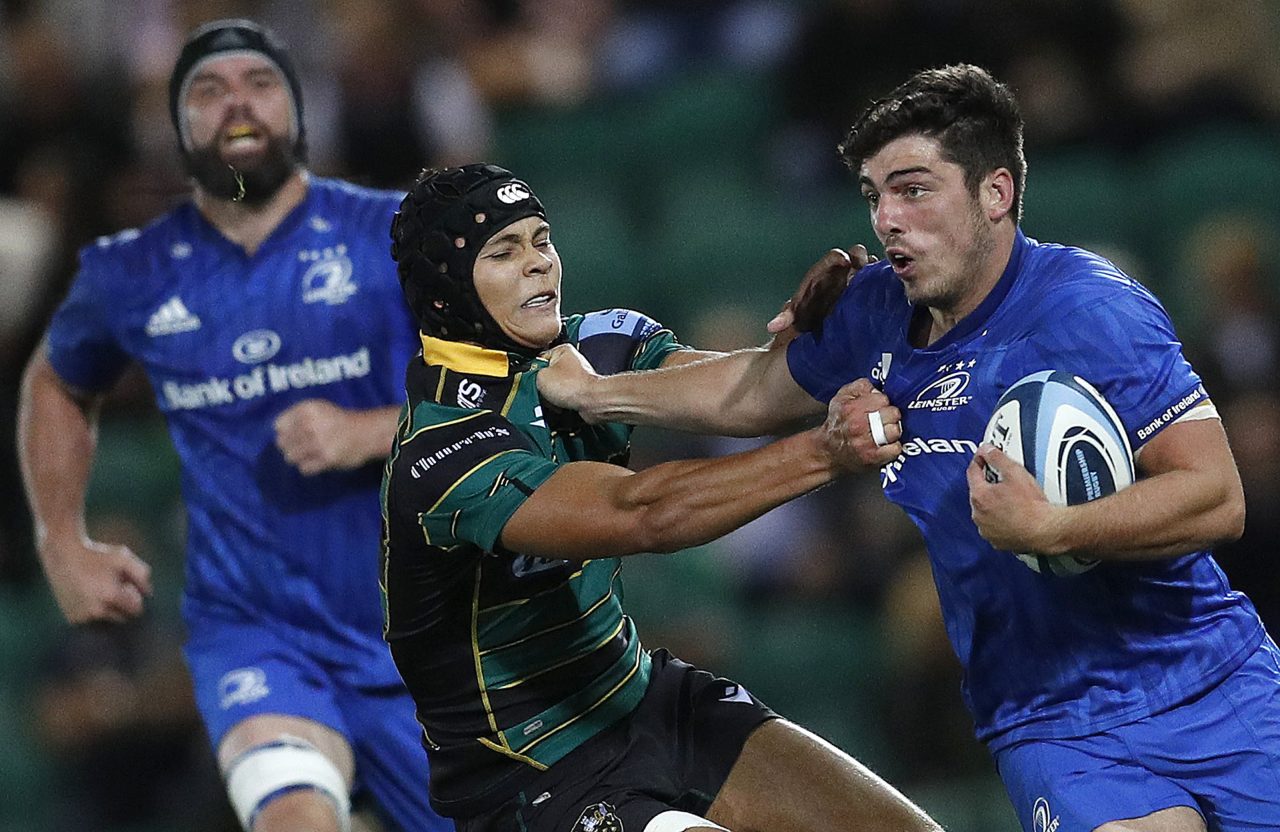 Leo Cullen’s men were in command at half-time, leading 22-7 thanks to tries from Caelan Doris, Jimmy O’Brien and Peter Dooley. Yet, Saints delivered a stirring second half comeback, battling back to go ahead for the first time with 15 minutes to go.

Leinster were not behind for long, though, as Rory O’Loughlin finished off a move that started with a clever cross-field kick. The conversion was missed, but Conor O’Brien still found time to score before the end and the visitors had done enough to win a very entertaining nine-try encounter.

It means the Cullen’s charges have won all three of their pre-season matches ahead of the Guinness PRO14 season opener at Benetton Rugby on Saturday, September 28. Leinster had gone into the game in Northampton on the back of victories over Coventry and Canada.

They were in the groove right from the off this evening, putting their English Premiership hosts under real pressure. Eager to come away from the opposition half with points, it was young number 8 Doris who picked from a sixth-minute scrum and showed good speed and awareness to get over the line.

Fergus McFadden squeezed the conversion between the posts to make it 7-0, and although Northampton responded strongly with a couple of penalties sent into the corner, Leinster’s defence in the air and on the ground stood firm to relieve the pressure.

The reigning Guinness PRO14 champions were able to score again as their attacking game took over, starting with a tidy break from Cian Kelleher near halfway. The ball was moved from left to right in the blink of an eye, allowing centre Jimmy O’Brien to waltz in for an 18th-minute try out wide on the right.

The tricky conversion was missed but Leinster were looking so energetic, and Hugh O’Sullivan’s sharp thinking opened the door for prop Dooley to score under the posts. McFadden converted, but Northampton then hit them with a sucker punch as Ollie Sleightholme kicked ahead and Tom Collins turned on the turbos to score.

James Grayson converted to cut the gap to 12 points and Leinster then lost out-half Ciarán Frawley to injury, with Ross Byrne coming on in his place. The Ireland international quickly opened his account as Leinster won a breakdown penalty on the edge of the Northampton 22 and he slotted it over for a 22-7 scoreline.

Sleightholme and Fraser Dingwall threatened to mastermind another Northampton try just before the break, but Dingwall was met with a blue wall of resistance. Nonetheless, Saints did score soon after the restart as impressive combination play between Taqele Naiyaravoro and Teimana Harrison opened the door for Henry Taylor to touch down.

The home side, who had changed the majority of their team at half-time, were now in full flow, and Taylor set up Tommy Freeman for Saints’ third try of the night. Tommy Mathews converted and Leinster’s lead was down to 22-19 as they continued to make changes.

Northampton were relentless and after a brilliant last-ditch tackle denied him, Ryan Olowofela flew over in the 65th minute. Mathews converted and Chris Boyd’s side led for the first time, but some brilliant Leinster play allowed O’Loughlin to respond barely two minutes later.

The final score of the night was slightly scrappier, but it did not matter to Conor O’Brien, who finished well in the 78th minute when the chance presented itself. Byrne added the extras to settle the issue as Leinster claimed another characterful success on the road.

Leinster Rugby will take on Northampton Saints in the Heineken Champions Cup at Aviva Stadium on Saturday 14 December (KO 5.15pm). Tickets are on sale now from ticketmaster.ie. 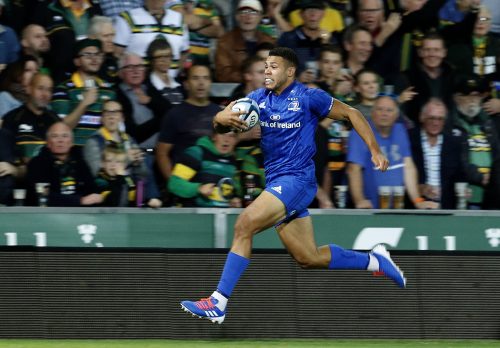 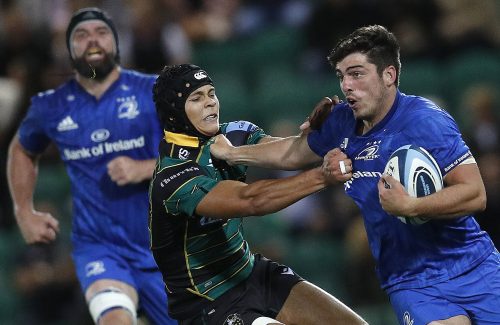 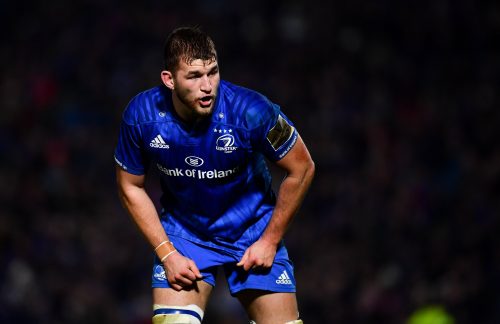