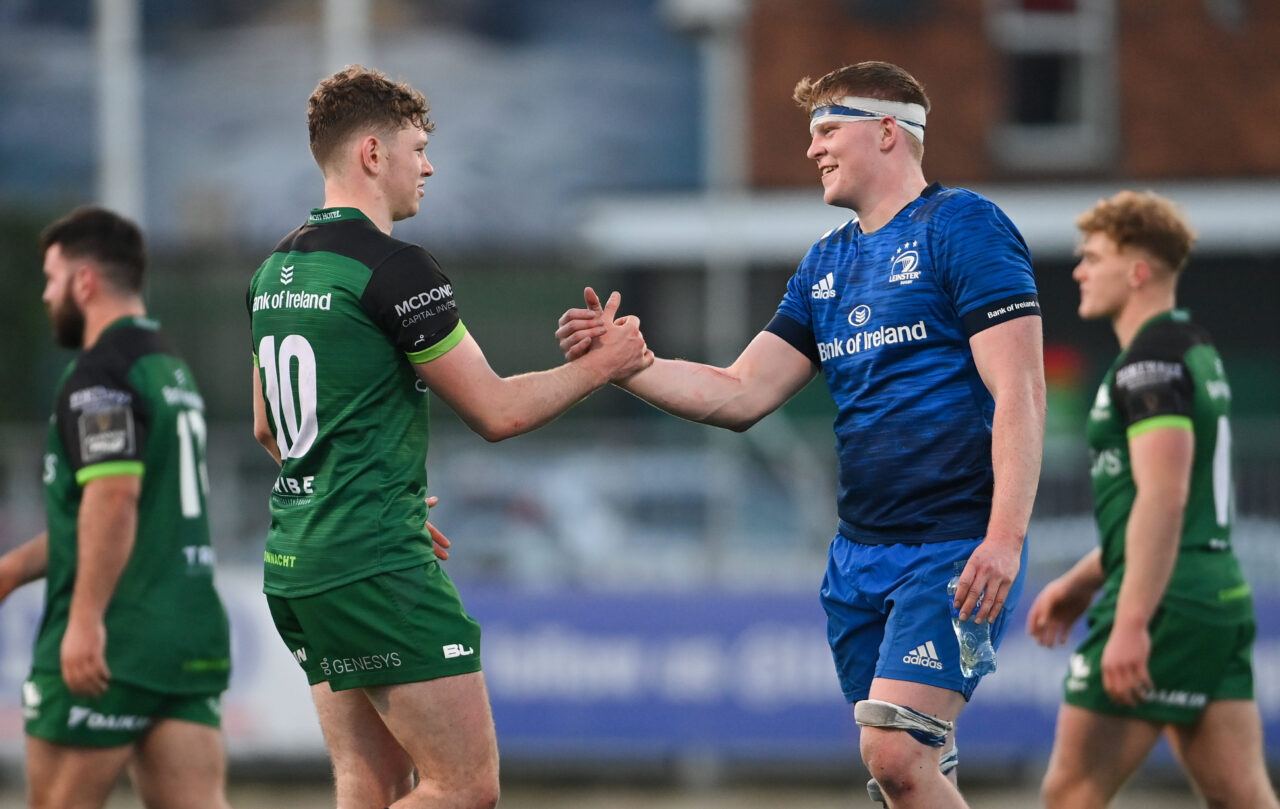 Leinster Rugby ‘A’ suffered an 11-point defeat to Connacht Eagles at The Sportsground this afternoon in an interprovincial friendly.

Despite scoring five tries, Leinster converted only one as the venue’s infamous wind played havoc with place-kicking.

This contest started at a frantic pace with Connacht’s Colm Reilly touching down after just 90 seconds but Leinster quickly hit back and Rob Russell was dotting down just a minute later.

The home side converted while Tim Corkery’s effort was pulled wide by the aforementioned conditions.

A powerful Connacht pack used their scrum effectively in the early stages so it was no surprise when their second try came from No 8 Abraham Papali’i pulling off the back of a set-piece and driving for the line.

But, again, Leinster were quick to hit back and the visiting forwards showed some initiative of their own leading to a Vakh Abdaladze drive from close range.

First O’Donnell broke from just inside halfway and went in under the posts before Reilly escaped the visitors’ clutches and put Kilgallen into the corner. Conor Fitzgerald’s conversion made it a 12-point salvo.

After the restart, Leinster, and Sean O’Brien in particular looked ominous, the No 8 driving deep into the Connacht half setting up and opportunity for captain Dan Sheehan to get their third try.

They struggled to get a foothold after that with Connacht pressing them back into their own 22. Inevitably, it led to a try from the hosts’ captain Niall Murray.

The introduction of some replacements provided Leinster with a boost and former St Michael’s College man Jack Boyle picked off a try to make it 33-20 soon after coming in.

Shane Jennings got Connacht’s sixth with five minutes remaining before Boyle got a second in the closing stages.