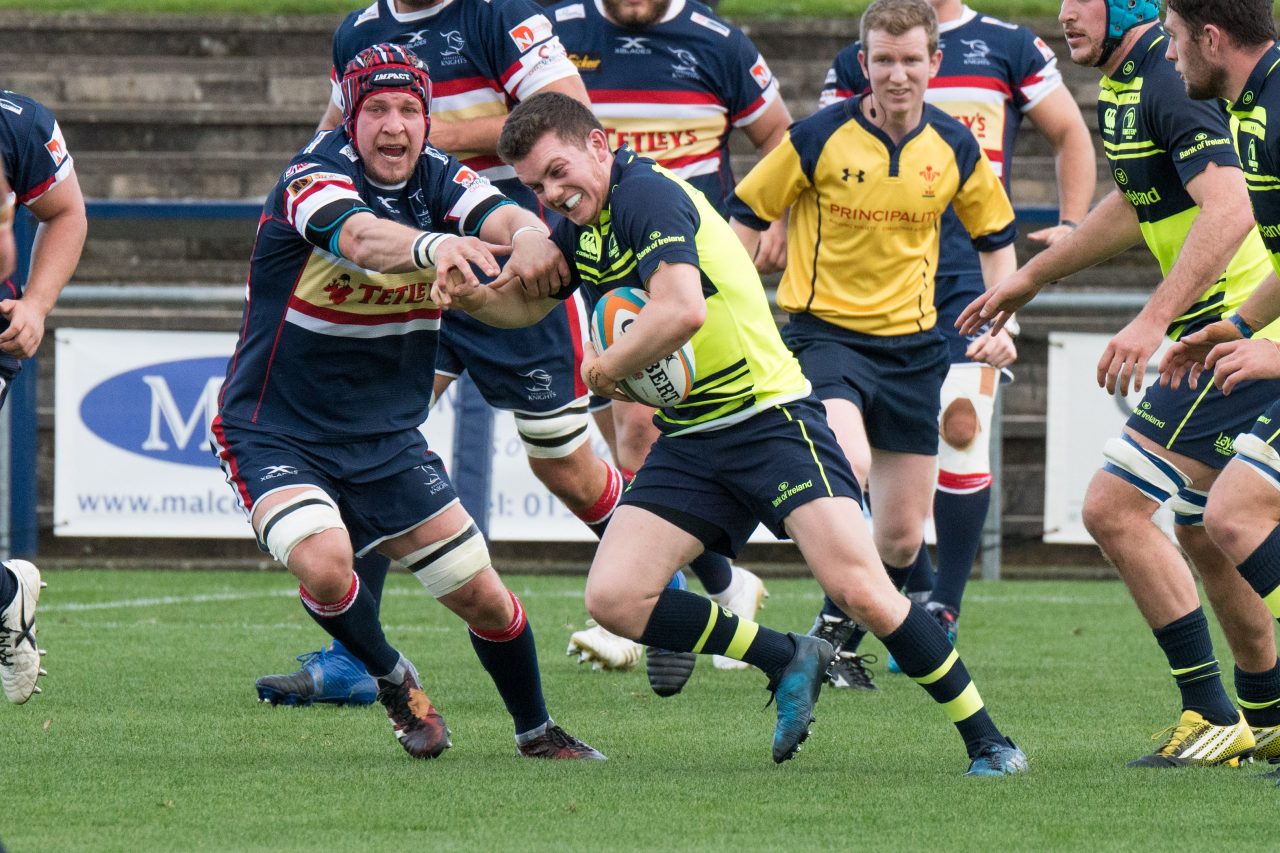 A youthful Leinster ‘A’ team made an impressive start to this season’s British & Irish Cup with a stunning 41-17 bonus point win over high-flying English Championship outfit Doncaster Knights at Castle Park.

Although Knights were again without several key backs currently sidelined with long-term injuries, they still fielded a strong side and offered no excuses after the game. “Leinster were better than us on the day and deserved to win,” said Doncaster director of rugby Clive Griffiths.

Playing their favoured expansive game, Knights made the early running on a spring-like afternoon in front of 1,173 spectators, with the speedy Andy Bulumakua being held just short. It took Leinster ‘A’, who had more defending to do early on, ten minutes or so to mount their first attack.

But the visitors, coached by Noel McNamara for the first time in the B&I Cup, dominated the next 20 minutes or so with their forwards leading the way. They opened up a 20-0 lead by the half hour with a brace of tries by strong-running number 8 Max Deegan, both converted by out-half Conor Dean who had kicked a brace of penalties earlier on.

The province’s first try came when winger Ian Fitzpatrick won the race to a neat chip after the visitors had turned the ball over around the halfway line, and popped up a pass off the deck to the supporting Jimmy O’Brien who in turn sent Deegan over.

Deegan then capitalised on a mistake by Knights at a lineout and charged past several defenders on a 25-metre run to the line before dummying former Ulster scrum half Michael Heaney to score. Knights got themselves back into contention at 20-12 with tries either side of half-time but that was as good as it got.

Leinster ‘A’ quickly regained the initiative and raced into a 41-12 lead with three more converted tries prior to Doncaster skipper Michael Hills going over wide out at the death. The first came when prop Peter Dooley touched down from close range following a series of phases in the Doncaster half.

Oisin Dowling then latched on to an overthrow at an attacking lineout and broke clear before combining with his support to send fellow replacement forward Jeremy Loughman over.

Full-back Jordan Larmour hammered the final nail into Doncaster’s coffin. He ran onto a long pass to romp in unopposed from 15 metres out after the ball had been moved left following several forward drives from a lineout on the right.

Leinster ‘A’ head coach McNamara had every reason to be delighted with the result in his first game in charge but warned against getting carried away.

“We’ve got to back this result up at home against the Cardiff Blues Select next Saturday,” he said. “But obviously I’m pleased to come here and pick up a win. I thought that we defended well and absorbed a lot of Doncaster pressure at the start – it could have been different game had they got over then – and either side of half-time.

“Their driving mauls were a real threat and their outside backs are very dangerous as we saw in the build-up to a couple of their tries. I thought we got a bit of joy around the edges of the ruck and I thought the one thing we did well was when we got the opportunity, we took it. We were very clinical.”

Leinster ‘A’ face Cardiff Blues Premiership Select next Saturday at Donnybrook Stadium in the British & Irish Cup. Tickets are on sale now from €10/5. 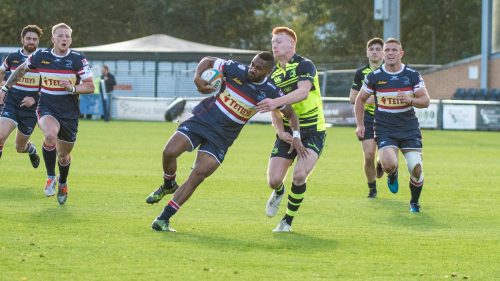 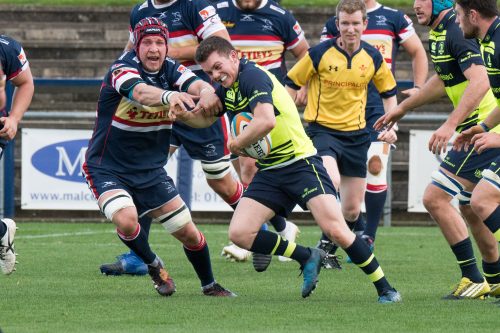 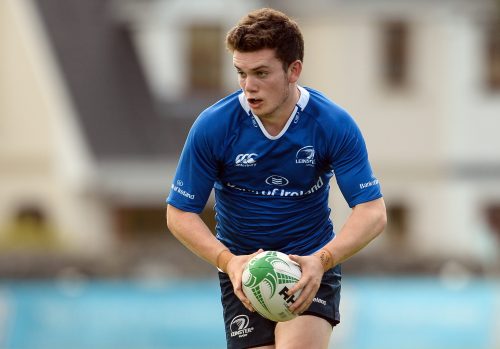 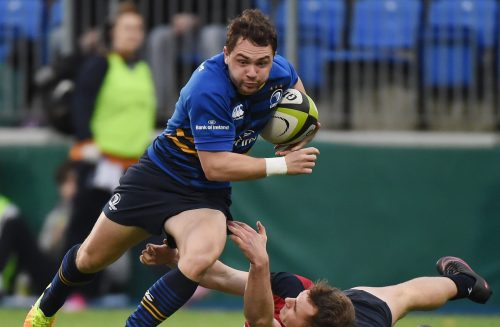