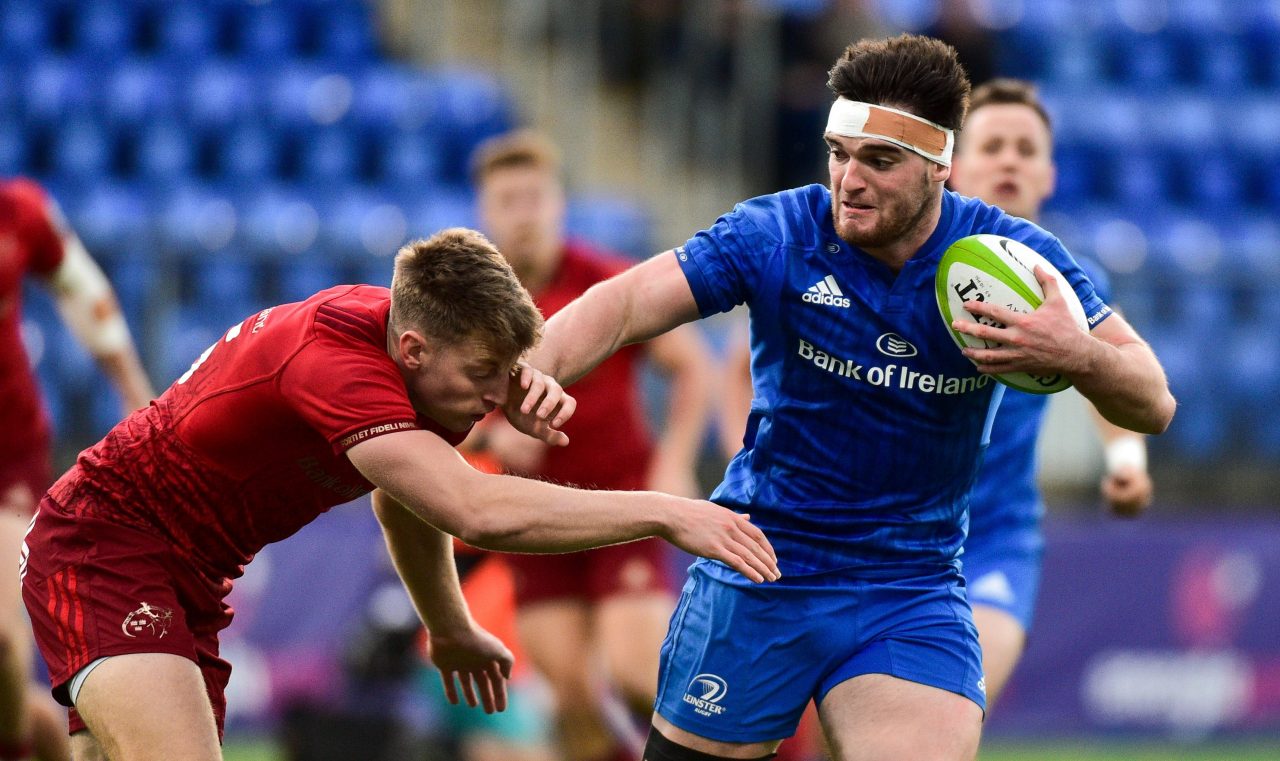 Leinster ‘A’ produced a dominant performance to defeat Munster ‘A’ 46-25 at Energia Park and advance to the inaugural final of the Celtic Cup.

Both teams entered this final round contest with five wins from five, so this was a straight shootout for top spot in the Irish Conference. It was Peter Smyth’s young Leinster ‘A’ side who kept up their winning run to set up a final trip to Wales to face the to-be-confirmed Welsh Conference winners.

As ever, there was a healthy mixture of youth and experience within the Leinster ‘A’ ranks. Adam Byrne and Dave Kearney offered a considerable threat on the respective wings, while Tom Daly joined forces with Jimmy O’Brien in a combative midfield.

Munster ‘A’ were also bolstered by the inclusion of several senior squad members, including ex-Leinster tighthead Jeremy Loughman. Bill Johnston captained the visitors at out-half, with Tyler Bleyendaal featuring among the replacements on his return from a neck injury.

While a tight contest was anticipated in Donnybrook, there were just 40 seconds on the clock when Leinster ‘A’ opened the scoring. Hesitancy in the Munster ‘A’ back-line allowed O’Brien to kick a loose ball through and Kearney beat the cover with a top class finish.

Noel Reid, who faced the Munster seniors at the Aviva Stadium last Saturday, sent his conversion attempt past the posts, but the hosts had served notice of their attacking intent. The strength of the Munster ‘A’ pack saw them gain a foothold and Johnston turned a scrum penalty into three points.

Leinster ‘A’ prevented the concession of a try but another penalty close to the posts led to flanker Scott Penny being sin-binned. Johnston’s routine place-kick made it 6-5, but in the absence of Penny, Leinster ‘A’ gained good territory and were rewarded with a successful 24th-minute penalty from Reid.

The breakneck pace continued as an intricate move on the left opened up space for the Munster ‘A’ backs, and scrum half Jack Stafford dived over in the corner for an unconverted score. Leinster ‘A’ soon piled on the pressure with three penalties kicked to touch, and it eventually paid off with Penny crashing over from a 38th-minute lineout maul.

With Munster ‘A’ flanker Sean O’Connor having been sent to the sin-bin and Reid adding the extras to the try, Smyth’s charges hit half-time with a 15-11 advantage. The Byrne twins, Bryan and Ed, entered the fray and helped Leinster ‘A’ build for another powerful maul which ended with openside Penny completing his brace.

Munster ‘A’ pulled the deficit back to 20-18 with a 47th minute try from winger Sean French, who profited from quick recycling after an initial Gavin Coombes break. However, once again the home side’s physical presence in the lineout paid dividends, another rolling maul setting up Bryan Byrne to get on the scoresheet.

Reid clinically converted the bonus point score, and with an outstanding break by Vakh Abdaladze opening up acres of space inside the Munster ‘A’ half, the bustling prop released replacement scrum half Hugh O’Sullivan for a run in under the posts.

Reid’s conversion left the scoreboard showing 34-18, but once more Munster ‘A’ showed their battling qualities entering the final quarter. Johnston’s seven-point salvo on the hour mark kept his side in contention, before a sweeping Leinster ‘A’ attack ended with Kearney putting Adam Byrne over for a try on the right wing.

They capped off an impressive second half showing with a seventh and final try, five minutes from the end. Centre O’Brien got the score that his display deserved at the end of a well-thought out move. Reid converted for the fourth time to seal a 21-point winning margin. 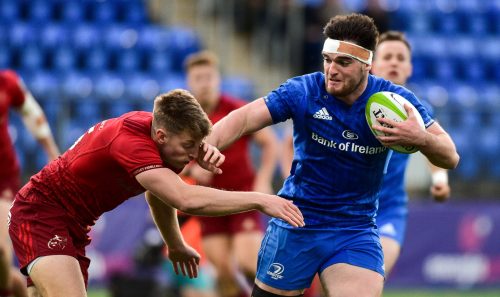 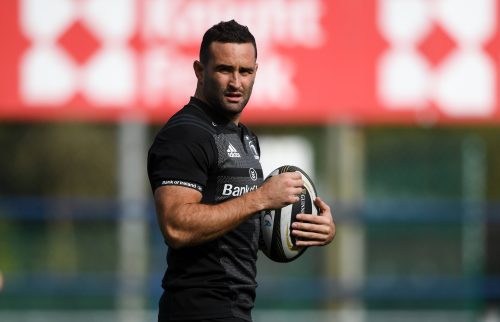 Leinster Rugby ‘A’ team to face Munster ‘A’