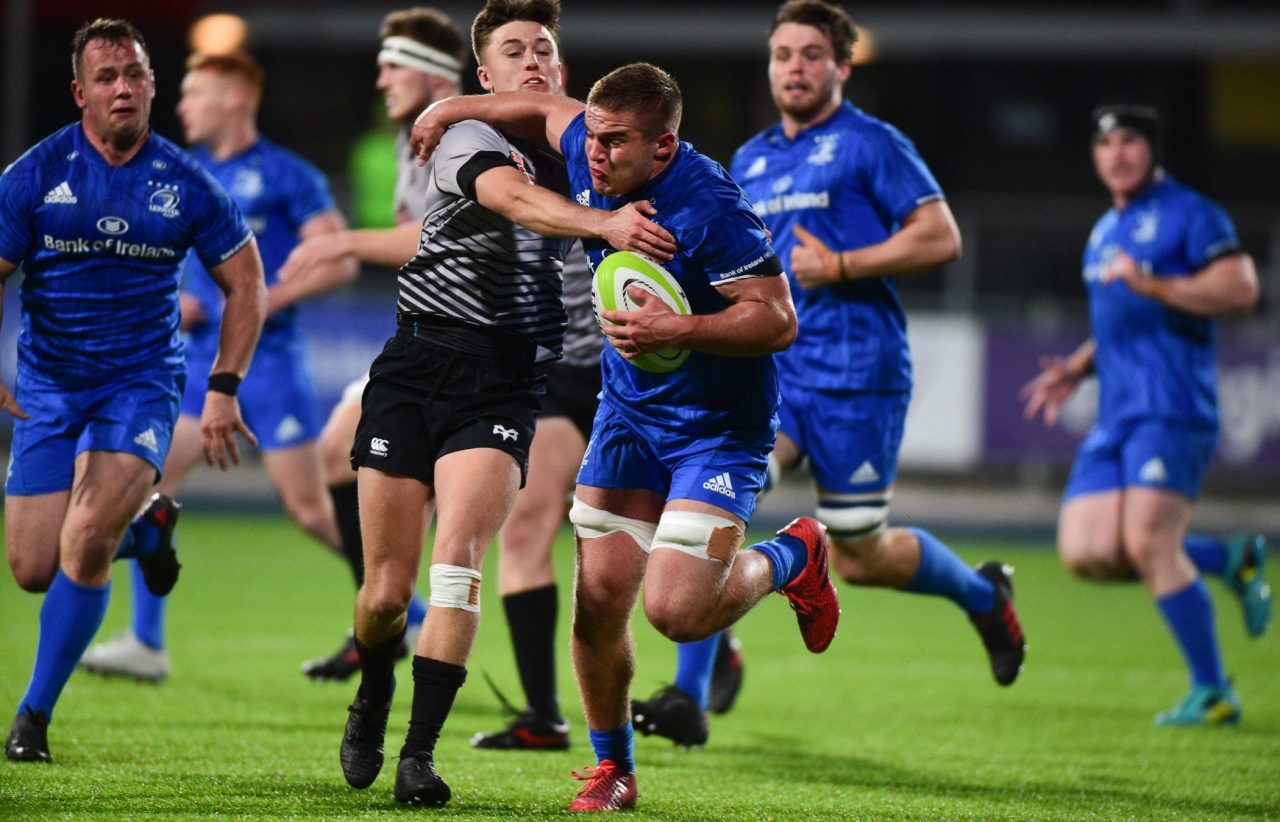 A hat-trick of tries from outstanding flanker Scott Penny drove Leinster ‘A’ to a 53-7 bonus point win over the Ospreys Development team in the Celtic Cup tonight.

The resounding result at Energia Park has moved Leinster ‘A’ back to top of the Irish Conference table on scoring difference, ahead of second-placed Munster ‘A’ who also have 19 points following their 33-32 win away to Cardiff Blues ‘A’. The two province meet in round 6 in two weeks’ time.

The Ospreys, who reached the fourth round as the Welsh Conference leaders, had won 27-22 away to Connacht Eagles last week, but Peter Smyth’s charges proved far too strong – despite losing second row Ian Nagle to injury after barely a minute.

Returning out-half Ciaran Frawley booted a couple of successive penalties to touch and openside Penny touched down from a powerful lineout maul. Frawley added a superb conversion from an awkward angle and then knocked over a penalty as the province continued to control possession.

However, the Ospreys outfit replied with a neatly-taken Reuben Morgan-Williams try from a swift break on the right. His half-back partner Josh Thomas converted to cut the gap to 10-7 but that was as good as it got for the Welsh visitors.

The Leinster ‘A’ attack was getting considerable joy in the wide channels, and a strong carry from Adam Byrne edged them into try-scoring range before Penny was on hand to notch his second try of the night, converted by Frawley. The 24th-minute sin-binning of Ospreys prop Mitchell Walsh had them in further trouble.

The home side scored their third try on the half hour mark when hooker Bryan Byrne broke away from a ruck to finish off an extended spell in the Welsh region’s 22. Conor O’Brien soon released his centre partner Jimmy O’Brien for the bonus point score, and the reliable lineout platform set up number 8 Ronan Foley to crash over and make it 34-7 at the break.

The start of the second half saw Leinster ‘A’ continue their relentless pursuit of scores, and their first substitution – David Hawkshaw was an indirect replacement for Conor O’Brien – coincided with their sixth try. The Leinster ‘A’ pack’s physicality was too much again as hooker Byrne completed his brace at the back of a rolling maul.

Both benches were unloaded heading into the final quarter and Smyth got a chance to look at his full matchday squad in action. The impressive Penny sealed his hat-trick with a typically abrasive finish, 11 minutes from the end. Hawkshaw was wide of the mark with the conversion.

Following a lung-bursting run on the right wing, Adam Byrne put his name to try number eight just before the final whistle. Hawkshaw comfortably converted, bringing the curtain down on an emphatic 46-point triumph for Leinster ‘A’, whose penultimate pool stage game is away to Dragons ‘A’ in Ystrad Mynach next Saturday (kick-off 2.30pm). 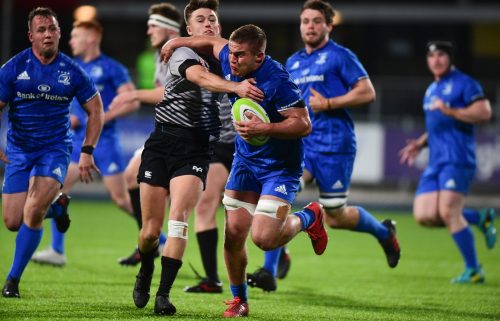