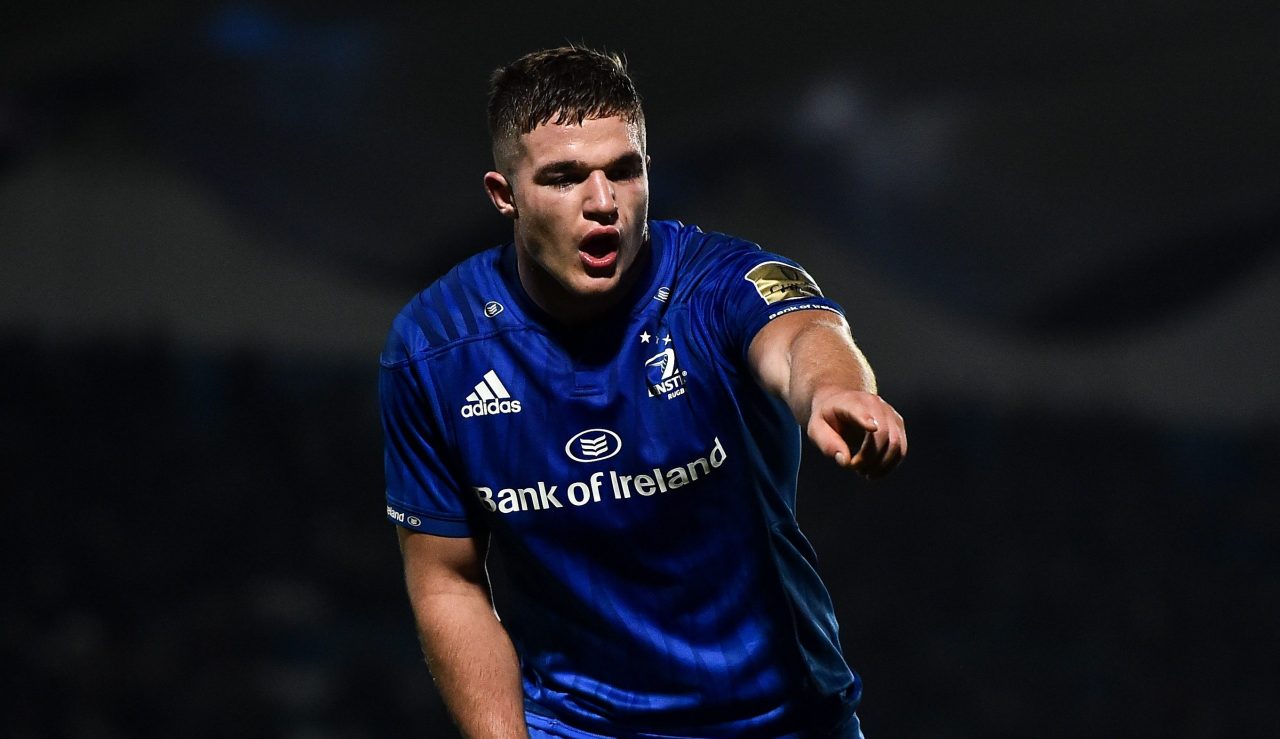 Leinster ‘A’ lost out 26-22 to their Munster counterparts in what was a highly entertaining ‘A’ interprovincial match at Thomond Park this afternoon.

An experienced Munster ‘A’ side led 14-3 at the break but a spirited second half performance saw the Leinster youngsters – all 23 got game-time, including a number of Under-20 players – go close to earning a comeback win.

Leinster ‘A’ started the game well with Patrick Patterson, Josh Murphy and Peter Dooley prominent but they were unable to break through the hosts’ well-drilled defence early on.

Their first foray into the Munster ‘A’ half came when Patterson spotted a gap on the blindside just inside his own half. The young scrum half sped into space but lost his footing at a crucial moment inside the Munster ‘A’ 22.

The deadlock was finally broken in the 20th minute when Alex McHenry broke clear off a first phase lineout move. He shrugged off two defenders and darted down the left wing to score an excellent try in the left corner. Bill Johnston nailed the conversion to put Munster ‘A’ 7-0 ahead.

Leinster ‘A’ were soon back in the game, though, as strong carries from Dooley, Oisin Dowling and Scott Penny brought the Blues close to the home try-line, but Harry Byrne settled for a kick at goal that reduced the deficit to four after a ruck penalty.

Munster ‘A’ finished the half strongly and bagged a second try just before the break when Neil Cronin broke down the blindside and darted away for a well-taken score. His half-back partner Johnston added another fine conversion to give Munster ‘A’ a 14-3 half-time advantage.

The hosts started the second period as they finished the first when winger Nash crossed the whitewash after quick hands from experienced replacement Ian Keatley and McHenry. Keatley added the extras to stretch the lead to 18 points.

Leinster ‘A’ came storming back after the concession of that try to score their first of the afternoon. A sustained period of pressure inside the Munster ‘A’ 22 lead to senior-capped flanker Penny scoring off a lineout maul, with Byrne landing the conversion.

The comeback was very much on when Dublin University hooker Dan Sheehan added another try soon after to cut the gap to just six points – 21-15.

However, the Leinster ‘A’ fight-back was derailed a couple of minutes from the end when Cormac Foley’s attempted box-kick was charged down by replacement Eoin O’Connor who dived on the ball for the hosts’ fourth try of the game.

Leinster had the final say, however, as a slick move – sparked by excellent running and hands – on the right hand side saw the lively Penny offload for Trinity full-back Rob Russell to touch down out wide. David Hawkshaw’s impressive conversion saw the visitors finish just four points adrift. 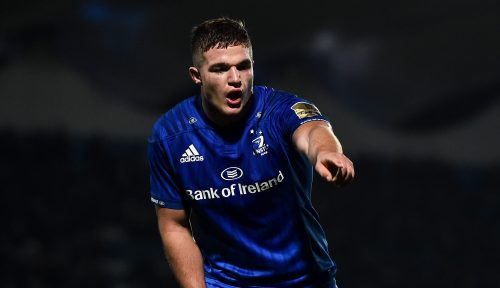 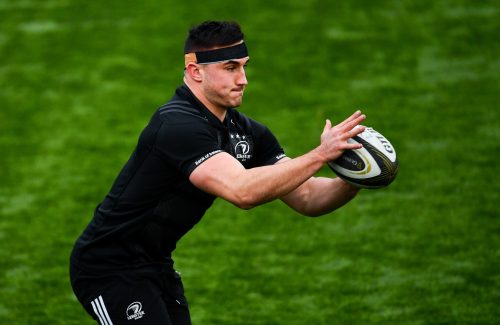