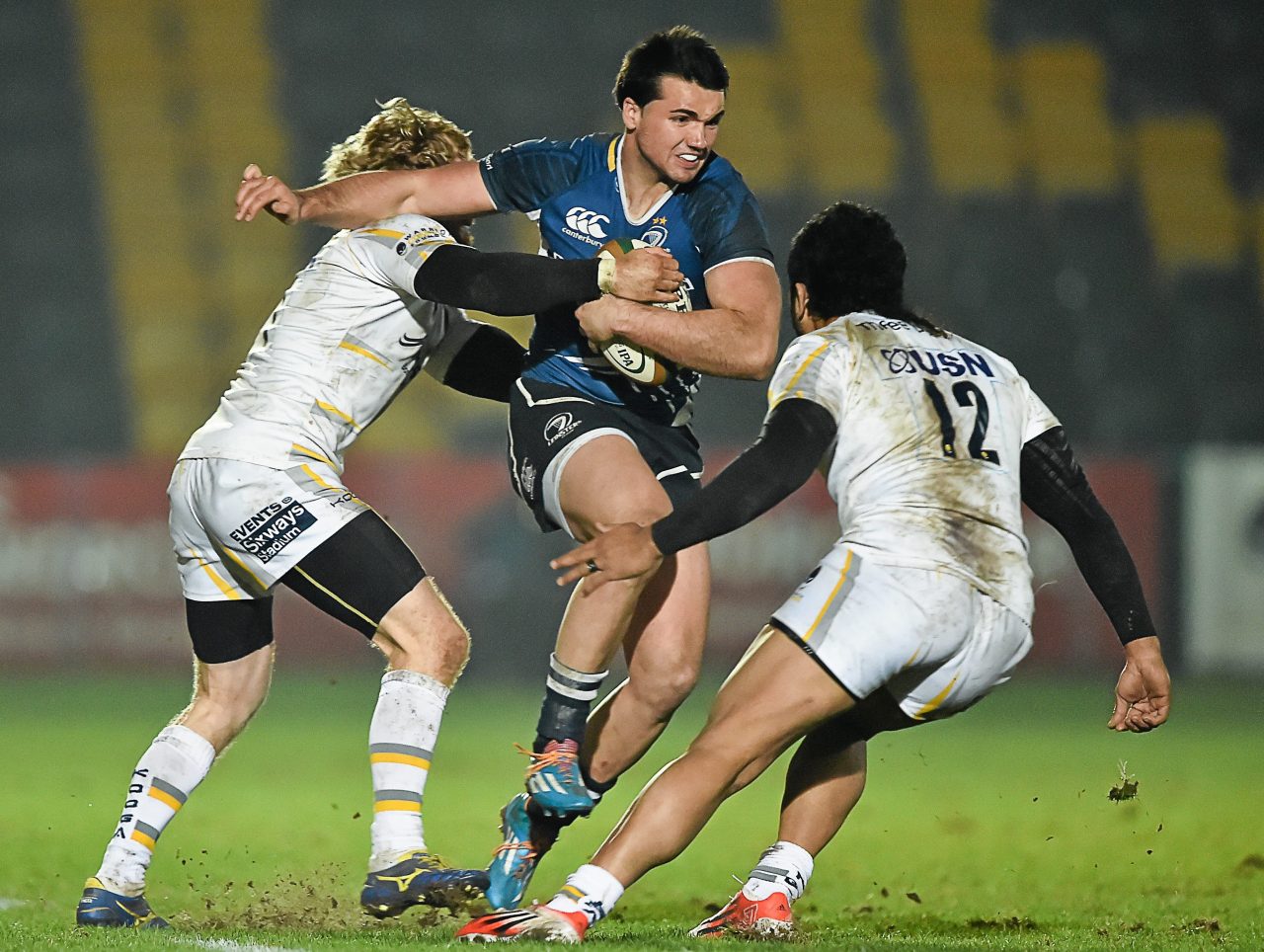 Girvan Dempsey's Leinster 'A' side took the lead with a Cathal Marsh penalty but Warriors hit back with a Mat Gilbert try converted by Tiff Eden. Marsh added a second penalty before the interval with the game tightly poised at 7-6.

But a solo effort from Perry Humphreys and a penalty from Andy Symons gave the English outfit a 15-6 lead with just four minutes left on the clock.

And although Leinster 'A' centre Noel Reid skipped over the whitewash with Marsh converting, Warriors held on to win the semi-final and advance to next month's decider.

Leinster 'A' made a blistering start to the game with Sam Coghlan Murray speeding down the left wing before Warriors were penalised at the breakdown. That allowed Marsh a first shot at goal but the out-half could not find the target.

Worcester responded and were awarded a penalty soon after but number 10 Eden dragged his shot wide. The game opened up and the visitors forced their way into Warriors territory before earning another penalty but Marsh failed to convert from just inside the halfway.

Skipper Luke McGrath was quick at the breakdown as he looked to get his side sweeping forward but Warriors held firm and almost got the first try of the match after Gilbert found a gap before switching the ball wide where Tom Biggs was held up in the corner.

Warriors had a kickable penalty but opted for touch and rued that decision when losing the lineout. The hosts soon had another chance when getting the ball out wide but a loose pass trickled into touch.

Coghlan Murray then produced a storming run, making 60 metres and as he gave it to Cian Kelleher, the full-back looked set to open the scoring but Warriors winger Sam Smith made the tackle and Mick McGrath knocked-on the quick pass.

But the visitors soon had a penalty and Marsh opened the scoring with a well-struck kick. Reid then picked a spot in the opposition defence and set Luke McGrath away as Leinster ruffled Warriors' feathers.

However, they could not find the line and Dean Ryan's Warriors soon won a penalty after dominating at the scrum, allowing Eden a penalty but again the young out-half missed the target.

Leinster 'A' prop Peter Dooley was then sin-binned, allowing Warriors to drive for the line from the resulting penalty and back rower Gilbert touched down with Eden adding the extras just before the break.

There was still time for Marsh to chip over a penalty before the fleet-footed Kelleher and Coghlan Murray caused the hosts problems. The Leinster 'A' pushed and probed for a way over the try-line but Warriors held tight before referee Craig Evans penalised the visitors to signal the end of the half.

Both sides came out fighting in the second period. Warriors had the first opportunity with a long range penalty, however Eden's kick dropped narrowly wide as the game remained a close encounter.

After a nervy start to the half Leinster 'A' found their feet and crept down field into the Warriors 22 but a stubborn Worcester defence kept them at bay. More ill-discipline almost cost Leinster 'A' but replacement Symons' kick dropped just wide.

Although Worcester gained the upper hand, they failed to make territory count until a moment of magic from their full-back Humphreys who collected a high ball before picking a gap and racing to the line.

Play took a break as referee Evans had to be replaced before Symons missed the conversion – leaving this tense semi-final clash neatly poised at 12-6.

Winger Coghlan Murray continued to prove a menace for Warriors but his sharp run ended with the ball being knocked forward. A darting burst down the right and a chip-and-chase from Mick McGrath put pressure on Warriors, only for Smith to rescue the situation for Warriors and avert the danger.

With Leinster 'A' on the attack, Warriors intercepted before winning a penalty and Symons kept his nerve late on to create an almost unassailable nine-point lead.

The defending champions did not let their heads go down and after a number of phases, Reid made it over for a try and Marsh converted to set up one last chance for the province.

With time up, Leinster 'A' had possession but when looking to create some magic down the right, Warriors hauled them into touch, denying them another shot at the cross-border title.