Resilient Newbridge College through to semi-finals 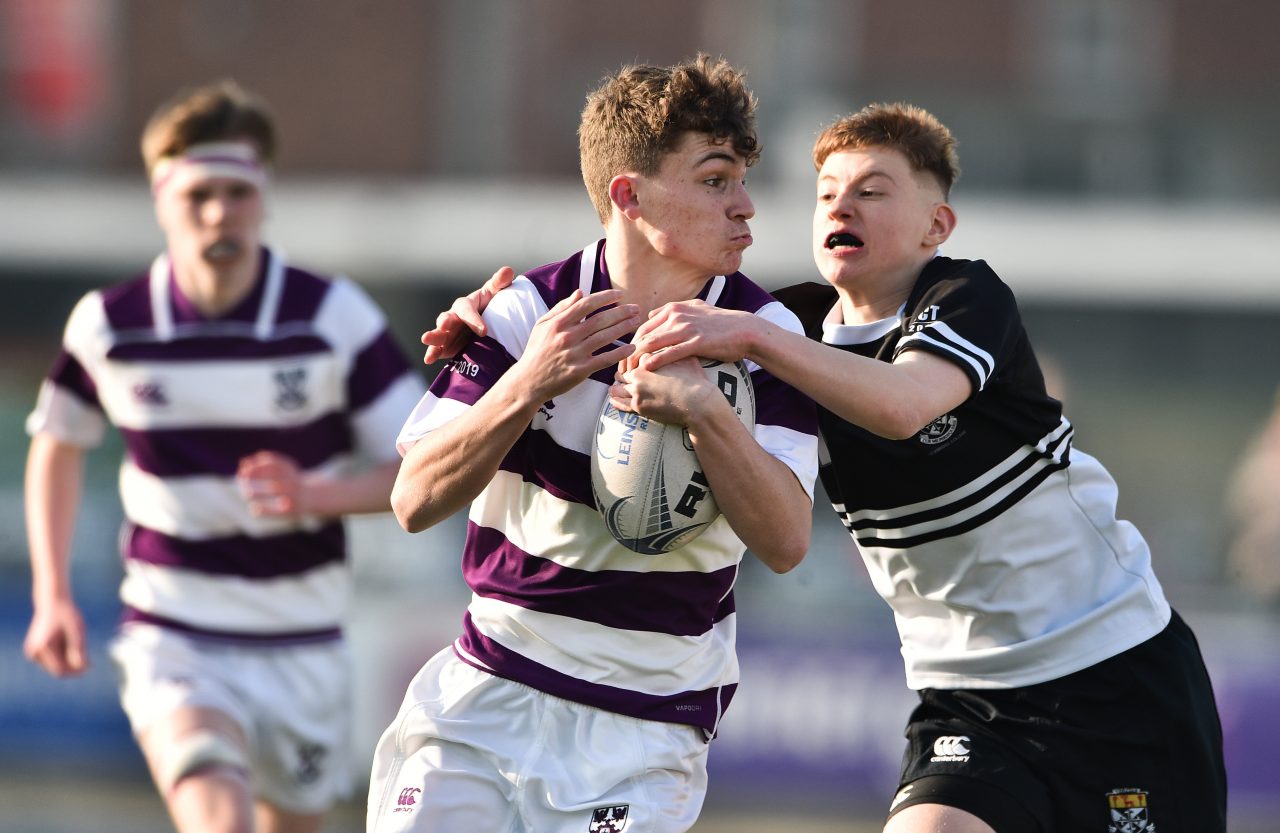 Newbridge College sealed their place in the last four of the Bank of Ireland Leinster Schools Junior Cup with a resilient performance at Energia Park.

Clongowes Wood had a huge chunk of the possession, particularly in the first half but Newbridge limited them to 12 points before coming good in the second half.

There was barely time for the excited crowd to take their seats before Clongowes opened the scoring.

Leo Dowling’s try right under the posts after just 52 seconds pushed his side into the lead and Charlie McNamee added the conversion.

The Clane school were playing with a lot of confidence and it was rewarded once more in the 11th minute when Inigo Cruise O’Brien pushed his way over to add another five to their lead.

The difficult conversion attempt bounced unluckily back off the post.

Newbridge showed plenty of ability when they escaped from their sluggish start and pushed Clongowes deep into their own half.

Inside centre Lucas Berti Newman, scorer of the winning try in round one, reaped the rewards of all this pressure, his try was converted by Mark Young.

Scoring was at a premium in the second half as both sides dug in and offered little against. That was until the Newbridge centre pounced for his second.

Intercepting the ball on halfway with only open road in his path, he touched down much to the delight of the Newbridge support.

Clongowes had opportunities to edge back in front in the remaining eight minutes but could not capitalise and it’s Newbridge College who move on to the last four.