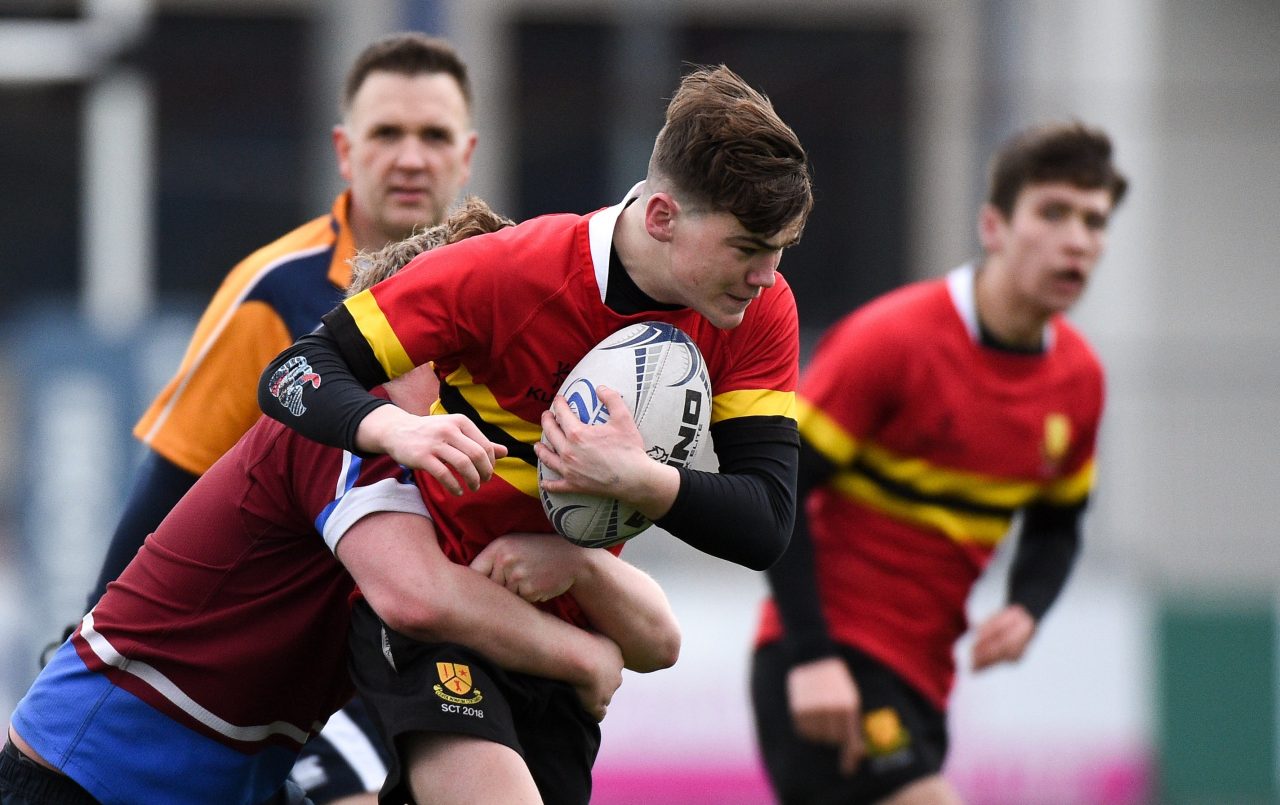 Their openside Ross Chandler punched in two of their three tries, the first coming in the 10th minute with scrum-half Jack Atkinson’s penalty and conversion making it a 10-point game.

Kilkenny’s primary weapon of choice was their maul which engineered both of their tries for tight-head prop Charlie Buckley and hooker Darragh O’Reilly, the latter making it 17-16 in the 46th minute.

It all came down to Wes’ showing the better control of the ball and Chandler’s drive for the line, with Atkinson’s conversion, made it a two-score game with three minutes left on the clock. 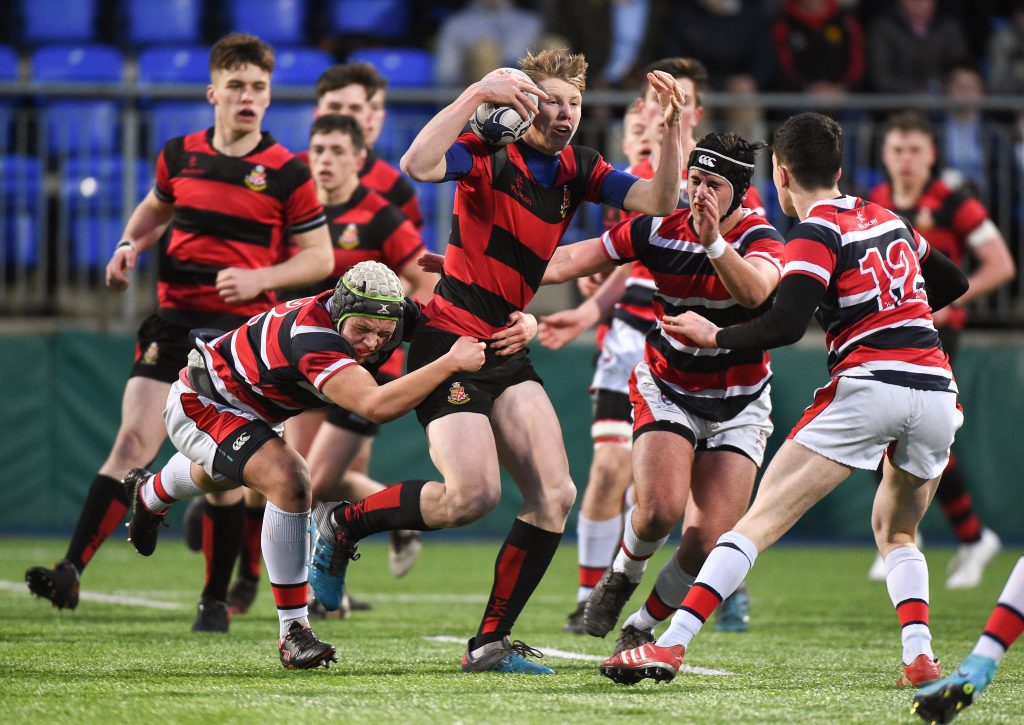 Wesley will move on to the semi-final to play CBC Monkstown, who will have learned precious little from moving past Salesian College 45-5, also at Donnybrook.

Their second rows Louis Kinsella (2) and Daniel Montayne struck for three tries and flanker Niall Scully weighed in with another.

This was far from a forward-oriented effort as both wings Theodore and Logan Brady and centre Cameron got in on the act.

It must be noted how Salesian fought for every minute – centre Sean Chan was a shining light – and eventually found reward from wing James Gannon’s try late on. 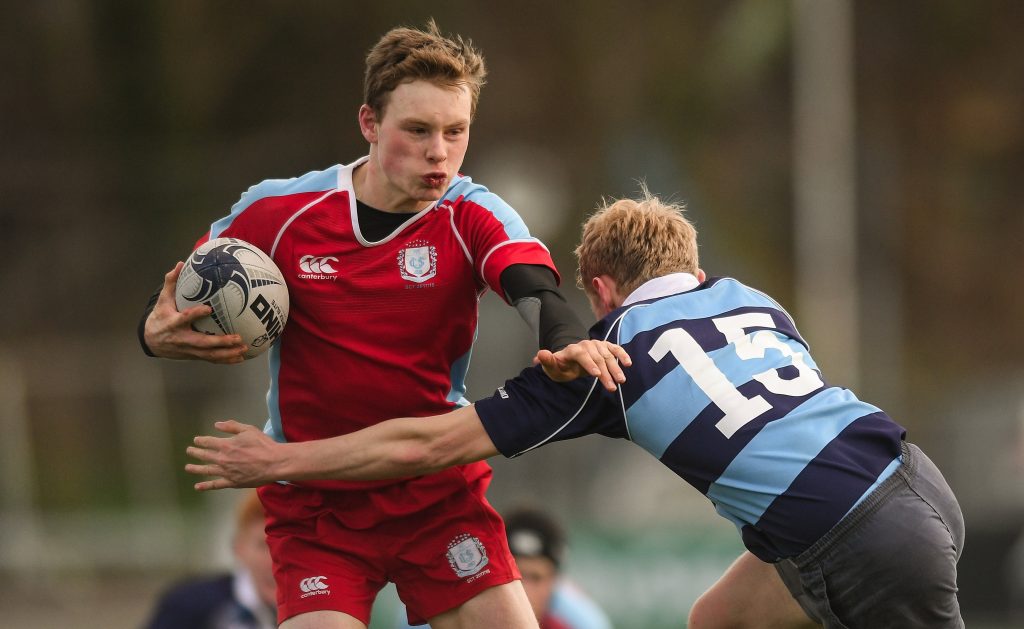 Newpark Comprehensive’s Ollie Flitcroft book-ended their 29-18 defeat of CUS with the first and last tries at Donnybrook on Thursday.

The lead changed hands three times in the first-half as Newpark notched three tries from number eight Flitcroft, prop Ben McCarthy and centre Luis Faria against two from CUS prop Jacob Maguire and centre Eoin Brady to lead 22-15 at the break.

When CUS full-back Eoghan Buckley closed the gap to four points with his second penalty, it was game on again until Flitcroft bounced defenders for the clinching try, converted by Faria.

Newpark will face The King’s Hospital in the second semi-final, after overcoming The High School 38-15 at Donnybrook on Friday. 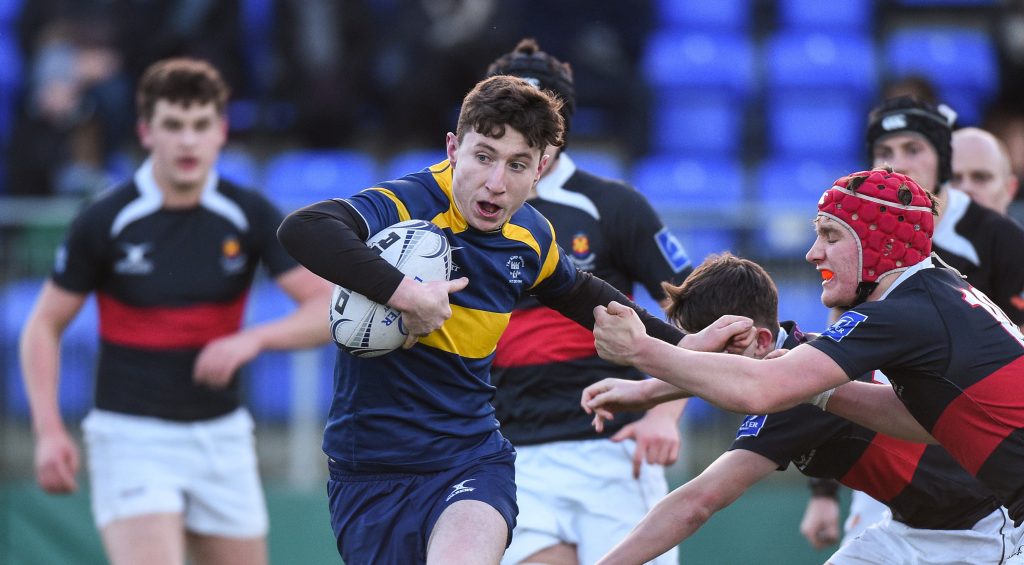 The Rathgar school was undermined by their inability to take their chances in the first-half, falling 31-5 behind as Felix Campbell and Patrick O’Boy weighed in with a brace each.

They did manage tries from Harry O’Donnell, Luan Rogers and Cormac Dempsey, battling on gamely until the end.