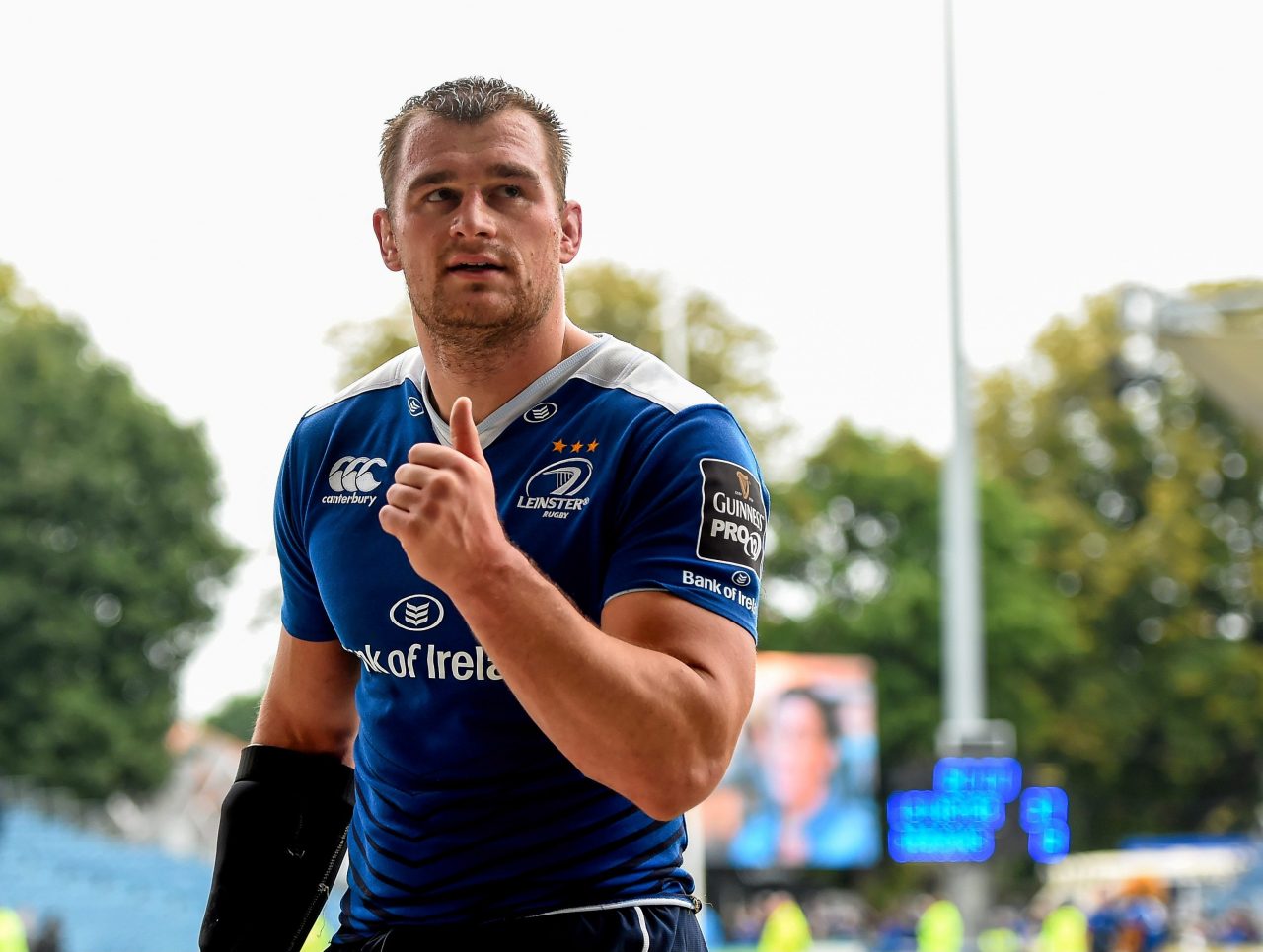 Ahead of his first game for Leinster Rugby in nearly seven months against the Dragons on Saturday, we caught up with Rhys Ruddock for the match day programme for his views on the Welsh stars lighting up the Rugby World Cup, on his own road to recovery and his work outside of rugby with the online youth support charity ReachOut.com.

During the last World Cup, in early 2011 a Newport Gwent Dragons team captained by Tom Willis arrived into the RDS hoping to add to Leinster’s early season woes. Standing across from Willis in the tunnel was the Leinster captain, Rhys Ruddock.

Willis was a 32 year old five time All Black. He had played Super Rugby with the Highlanders and the Chiefs. Ruddock was only 20 years of age and his career was in its infancy with only 13 Leinster starts to his name. Leinster management though had clearly seen something.

“You’d have to ask them what exactly that was! But of course it was pretty special captaining the lads. Obviously doing it at home in the RDS helps but just that feeling of leading those boys out. We try to build something special here during the week and you hope that you can then deliver so to lead that squad effort was a source of great pride.

“It’s also interesting to see the transition in those years. I think it’s only myself, Isa, Dominic and Jamie Hagan that are still involved from the XV that night. That’s only four years ago. I think only Aaron Dundon remains from those that came off the bench. A lot has changed.”

That being said he feels the profit and loss account could be healthier. He made only 11 appearances last season.

“I feel last year up until Christmas was a time in my career that will really spur me on this season.  Obviously I had been involved in the Autumn internationals with Ireland and the wins against Australia and South Africa were amazing to be involved with. Really enjoyable.

“For Leinster, OK our PRO12 form was patchy but we were gathering pace in the Champions Cup and you could see the season ahead of you really taking off. But then just before Christmas I injured my arm against Harlequins in the Aviva. I managed to get back for a few PRO12 games but obviously then I did it again on the Emerging Ireland tour in the summer and that was that.

“You are far happier when you are playing. It goes without saying! Nobody could have seen the bad luck I went through last season but no stone was left unturned by the Leinster medics but it’s all behind me now and I’m hugely excited for Saturday.”

It would be easy to focus on the negatives on a recurring injury but it’s not really in his nature. Instead he has seen the opportunity presented.

“I’ve yet to see what benefit you get from beating yourself up over something. Of course it’s a setback but I would prefer to focus on the opportunity and certainly as I have neared a return to play date over the last four to six weeks and I can see a clear light at the end of the tunnel I’m getting more and more excited.

“Would I love to be in England at the World Cup? Yes but it’s the same with any game to be honest with Leinster or Ireland that you’re not involved with. But that wasn’t to be so instead I’ll focus everything I have into this game on Saturday and then a huge season with Leinster. You never know what’s around the corner but I feel great, the arm feels good and I just can’t wait to get a chance off the bench.”

There is also perspective. His fellow back row Kevin McLaughlin will no longer be scrumming down beside him having retired last week due to concussion.

“I didn’t see it coming and it was difficult to take.  It’s not often a player steps up and announces something like that to the group. We were all in shock. We still are in a sense because he’s a huge presence to be without and to be gone so suddenly.”

“The way he plays the game. An absolute warrior. Leaves it all out on the pitch and as a back rower that is key. His leadership qualities. You see him as club captain and that is a measure of the respect people had for him. He knows what’s best for the group and he’ll direct himself and the group towards that goal. And he’s a gent – anyone who has dealt with him will tell you that.”

Does Kevin’s retirement bring to the fore the notion of a Plan B for after rugby?

“It does, it really does and Kev was big on that too so thankfully he has his qualifications under his belt but then again Leinster have also been great. The Leinster Academy system insist that you also do a third level degree so I did commerce in UCD and even at the moment I am looking at a few options with food and performance nutrition. So there might be an opportunity down the line to do something that I really enjoy and that might include cooking.”

Kevin was also a player that encouraged the players to explore other avenues and to build a CV and a network outside of rugby. Rhys has followed his fellow St Mary’s club man’s example.

“Again it’s a mark of the man that he was constantly looking out for others in here to push themselves off the field as well. I myself got involved with Temple Street Children’s Hospital and that was great but I have now tried to push myself even more and I am on the board of ReachOut.com an online youth mental health service.

“My involvement there has been brilliant for me as a person and I am getting great experience from it but I can also relate to the work that ReachOut.com do. Growing up we all have our fears and our anxieties and mental health is an area that we need to talk more about and I think that a lot of young people today feel more comfortable in an online setting so hopefully they will use ReachOut in that regard as a service that they can turn to.” 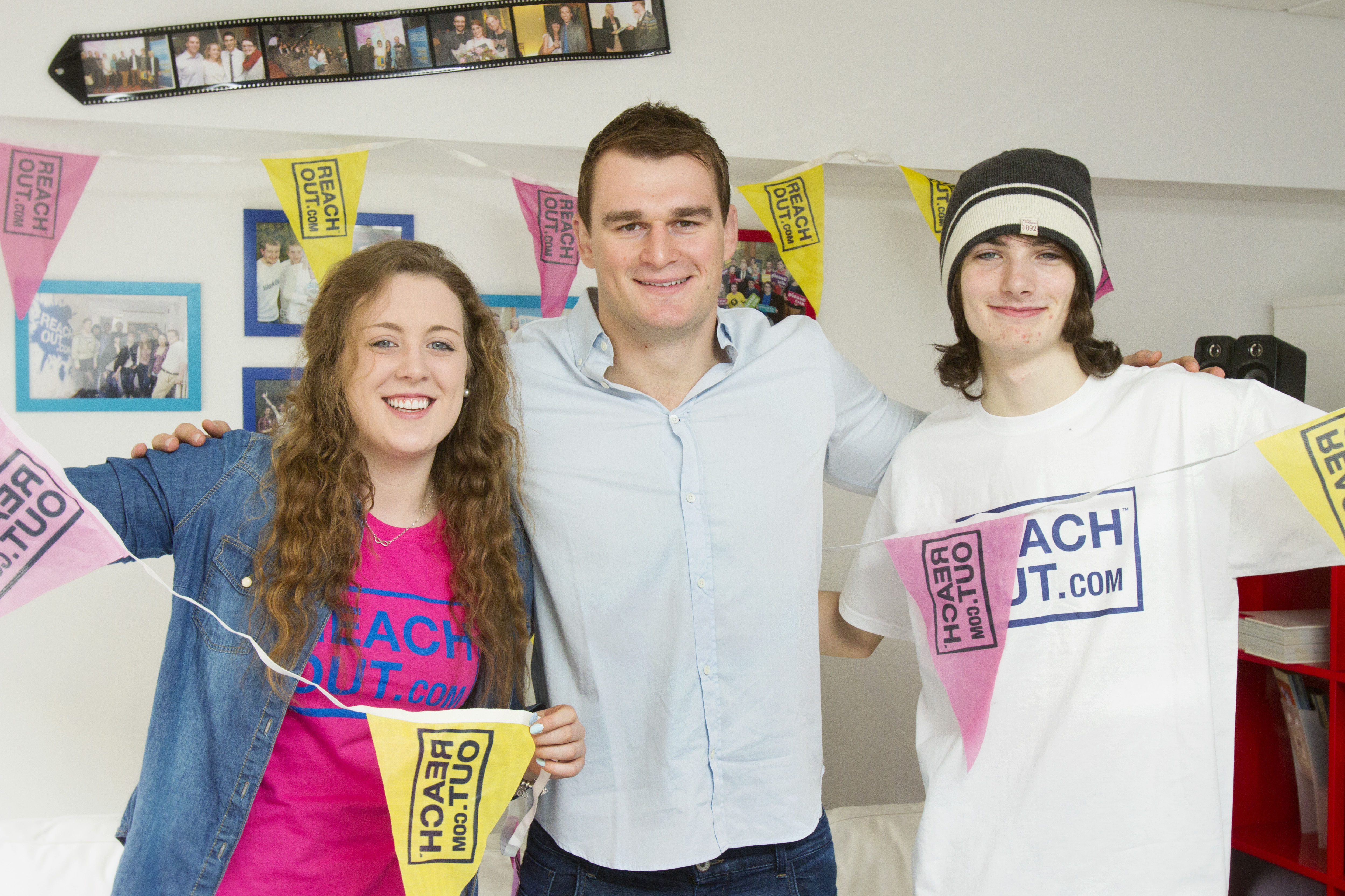 Back to the game on Saturday, having grown up in Wales, naturally Rhys speaks with a broad Welsh accent and with the Dragons coming to town, there is surely an added edge to a game like this?

“I was Dublin born but with my dad and his coaching career (former Wales Grand Slam winning coach Mike) obviously I spent the majority of my childhood growing up in Wales and then in boarding school in Millfield.

“The Dragons isn’t that strange a game for me but certainly when we play against the Ospreys it gets interesting! That’s where I would have played my underage rugby with or against the lads that are now with the Ospreys. I grew up with a lot of those lads. Played rugby with and against them.

“The likes of Justin Tipuric, Dan Biggar, Liam Williams – he was a Swansea lad so I played a lot with him. Sam Lewis – now with Worcester, he was one of my best mates – Ashley Beck and Tavis Knoyle now with Scarlets. It’s great to see so many of them progressing and doing well in the game. You try to focus on matters on the pitch but obviously it’s good to catch up with them afterwards.”

The aforementioned Dan Biggar is just after guiding Wales to a historic win over a much fancied England at the World Cup but while the outhalf’s performance might have caught some off guard, Ruddock isn’t the least bit surprised.

“The injury to Leigh Halfpenny thrust him into the spotlight certainly from a goal kicking point of view but that performance shouldn’t be a surprise to anyone that follows rugby. He does that regularly for the Ospreys and has done it to us in a PRO12 Final in 2012.

“You always knew he would be special. Growing up he had something about him. He was a year older than me but I played above my age grade and he had a drive and a determination that set him apart. Other lads were cruising along but he had a focus even at that stage that put him on another level. A perfectionist. He is very like Johnny Sexton in that regard. I was delighted for him that he pulled a performance like that out of the bag when the pressure was really on.”

Four years ago the pressure was on but a 20 year old Ruddock guided a Leinster team to a 31-10 win over the Dragons. On Saturday the pressure is off. Good just to be back.


Further information about Rhys’ charity partner can be found at ReachOut.com