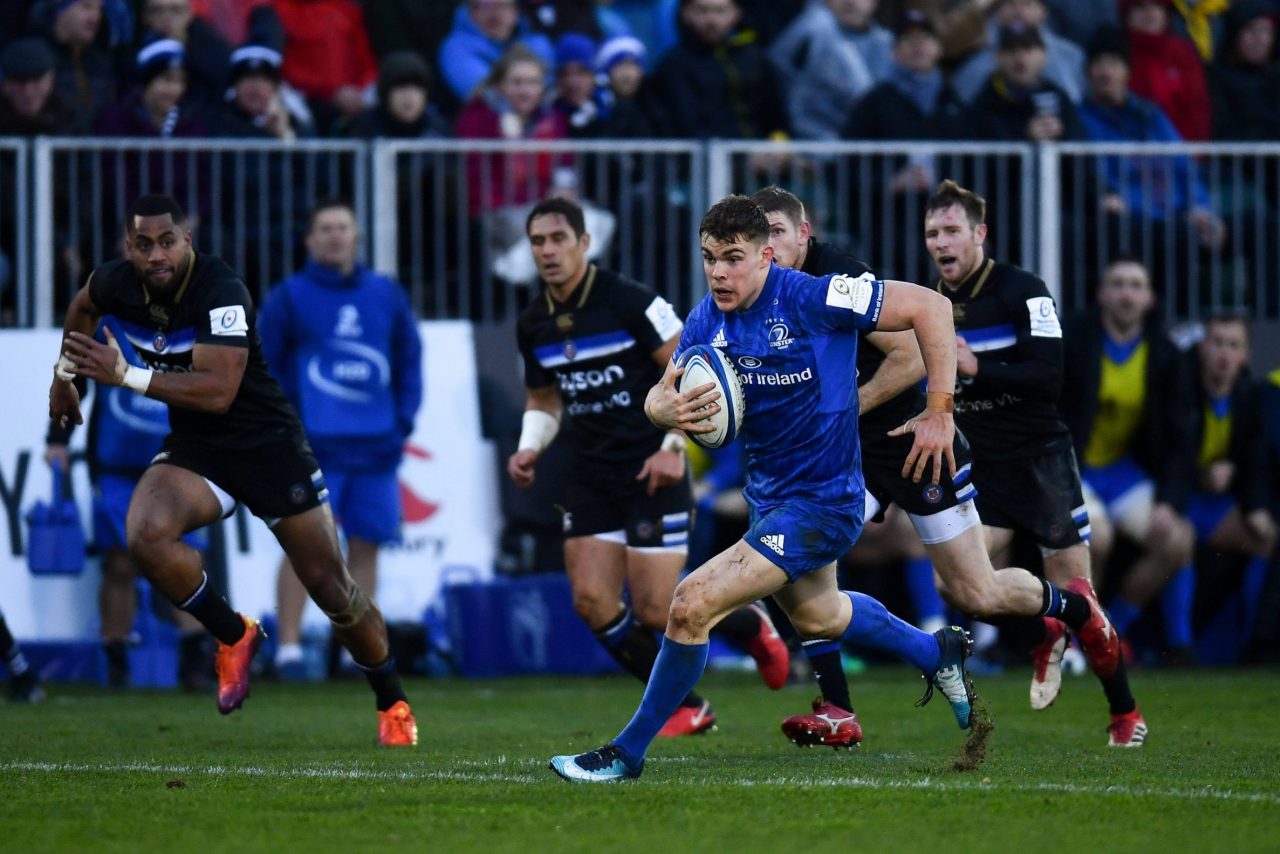 Garry Ringrose was on the front line last weekend as Leinster Rugby overcame Bath in a combatant Champions Cup pool match in The Rec.

The 23-year-old centre is expecting this weekend’s reverse in Aviva Stadium (KO 5.30pm) to be every bit as physical and challenging.

“It was a game we always knew was going to be close. Thankfully, we managed to fall on the right side of it. If one or two things had gone differently, maybe it wouldn’t have been the case. We managed to win and it’ll be more of the same if not a tougher challenge now next week,” said Ringrose.

Without spending too much time looking into the past, Ringrose believes, in hindsight, the Toulouse defeat has proven to be a valuable lesson in preparing for this current run of fixtures.

“We’ve been delighted with the win on Saturday and it’s to try and strive to hopefully do that again.

“A game (Toulouse) that was a harsh reminder of what it was like to be on the losing side but a valuable one that’ll hopefully benefit us now for the rest of the season,” he added.

“Just taking it week by week and trying to get the most out of any given day or any game and it’s the same this week.”