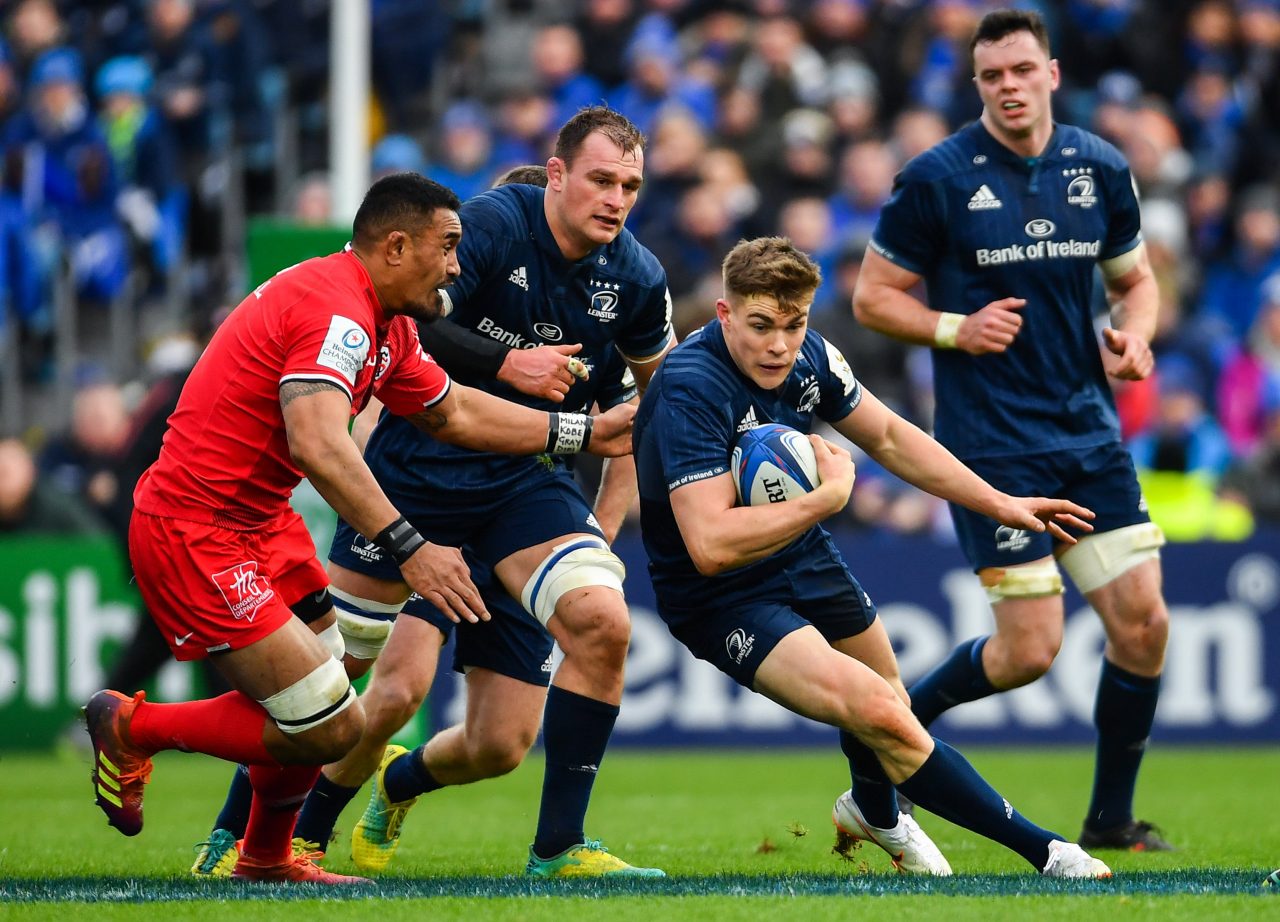 Centre Garry Ringrose was named as the Heineken Man of the Match during Leinster Rugby’s 29-13 victory over Toulouse in the Heineken Champions Cup on Saturday.

The win puts Leinster top of the pool having trailed Toulouse by two points prior to kick-off.

Following Toulouse’s win in the reverse fixture in October, the team knew that the French club would pose a significant challenge but also had to contend with other factors on the day.

“The wind probably played a little bit in how, tactically, we were going to approach the second half to the first,” Ringrose commented.

“We had to run a bit more in the first half. It was trickier for the 9s and 10s to kick into that breeze. We took advantage of it once or twice in the second half.”

Clinching the bonus point with three second-half tries was important but Ringrose says that the first-half was played with the same intent.

“I don’t know if the mentality changed.

“We still had to play our brand of rugby and get the balance of attacking them and taking them on as well as pinning them back and trying to put them under pressure.”