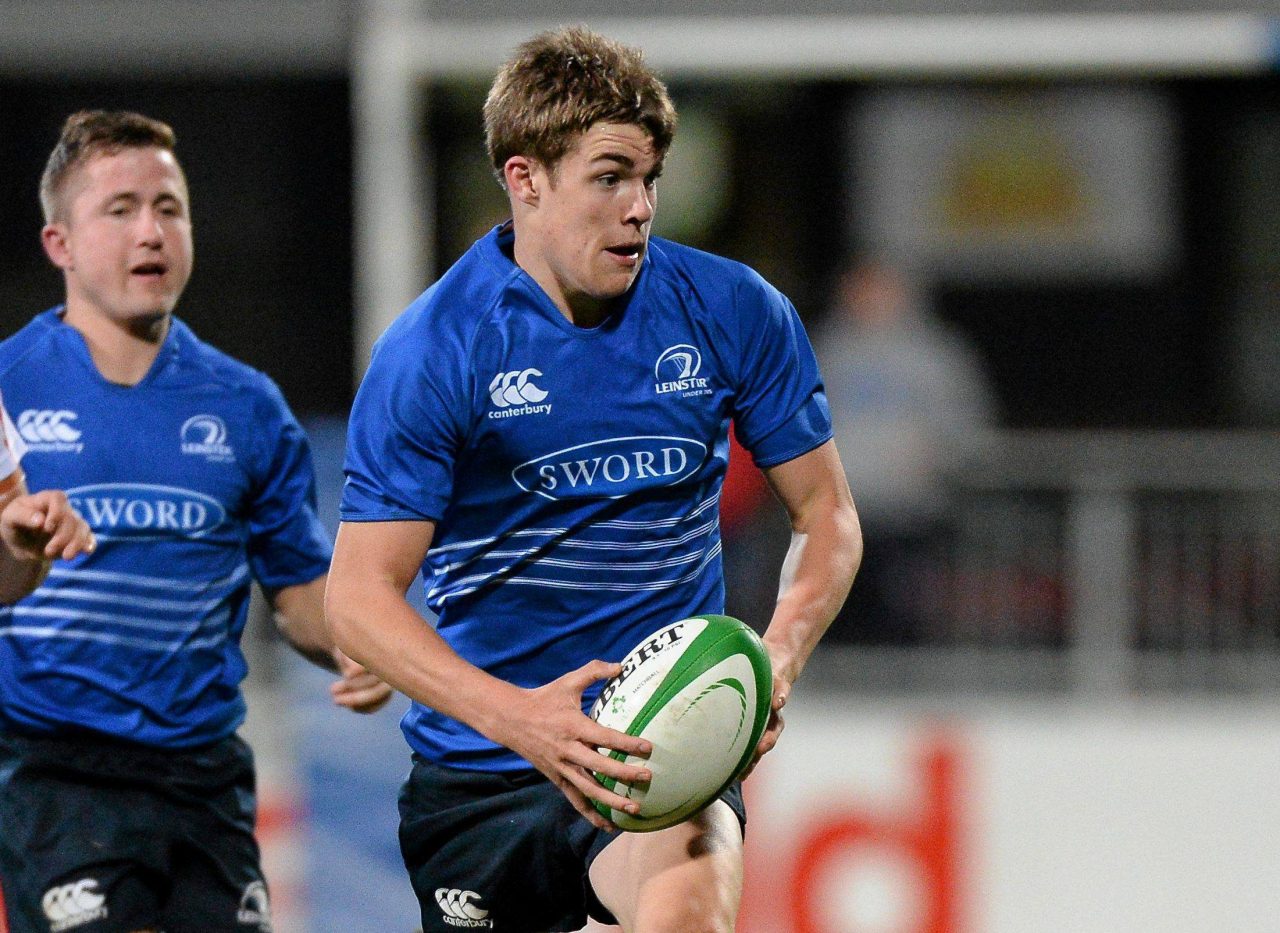 Leinster’s Garry Ringrose has been nominated for the IRB Junior Player of the Year award.

Ireland Under-20 centre Garry Ringrose has been nominated for the IRB Junior Player of the Year award. Vote for Garry now on the official Facebook page – www.facebook.com/irbjuniors.

The International Rugby Board has confirmed a shortlist of four nominees for the IRB Junior Player of the Year 2014 Award, with the winner set to be announced following the final at Eden Park in Auckland on Friday.

Ringrose, who only turned 19 at the end of January, has been ever-present in the number 13 jersey in New Zealand.

He is Ireland’s leading points scorer (26 points) and top try scorer (3 tries) in the 2014 tournament, having touched down twice against Wales, kicked 11 points against Fiji and registered his third try in last Sunday’s semi-final defeat to England.

The UCD and Leinster Under-20 back is the second Irish player to be nominated for the IRB Junior honour in recent years.

JJ Hanrahan, who is currently in Romania with the Emerging Ireland squad, was a nominee at the 2012 Junior World Championship in South Africa, while two-time Six Nations winner Jamie Heaslip was beaten to the 2004 Under-21 Player of the Year award by New Zealand’s Jerome Kaino.

The management of the 12 teams involved in this year’s IRB Junior World Championship in New Zealand voted on their top three players after each round with votes tallied to provide the shortlist of nominees.

The public now has the chance to vote on this shortlist on the official Facebook page. The results of the public poll will be considered, along with the original votes, when finalising the winner.

With Irish rugby fans asking the question who will fill the 13 jersey now that Brian O’Driscoll has retired, the answer could lie in 19-year-old Ringrose who has carried well and repeatedly got over the gain-line to help Ireland reach a first JWC semi-final.

A lovely straight runner, Ringrose has scored three tries in the tournament, two in the decisive bonus point win over Wales and one in the semi-final loss to England. He is also an accomplished kicker as he proved with 11 points in the final pool victory over Fiji.

The winger announced himself on the Junior World Championship stage with a bang, scoring the first hat-trick of the tournament against Italy on day one, his pace and mazy running simply too much for the Azzurrini to handle.

The 19-year-old followed that up with another brace against Australia in their next match and while he has not crossed the whitewash since, his breaks have led to other tries to help England retain the hope of defending their title.

A player who already has a Junior World Championship winners’ medal to his name from South Africa’s success on home soil in 2012, Pollard now holds the responsibility of captaincy in what is his third experience of the tournament.

With a maturity beyond his years, the Blue Bulls out-half is a calming influence on his team-mates but also a natural leader. In the semi-final he became both the leading point scorer at JWC 2014 and also in the competition’s history. Pollard’s performances in the tournament have led some to suggest him as a possible bolter for South Africa’s squad for next year’s Rugby World Cup.

The New Zealand winger only linked up with the Under-20 squad on the eve of the tournament due to his Super Rugby commitments with the Blues, but that experience has shone through in his performances. A back blessed with pace and power, Li was one bright spark for New Zealand in their pool loss to South Africa with a hat-trick.

The 19-year-old, who has scored five tries in the tournament, will hope to follow in the footsteps of former Under-20 wingers Julian Savea and Charles Piutau by graduating to the All Blacks in the years ahead.

IRB JUNIOR PLAYER OF THE YEAR – PAST WINNERS: