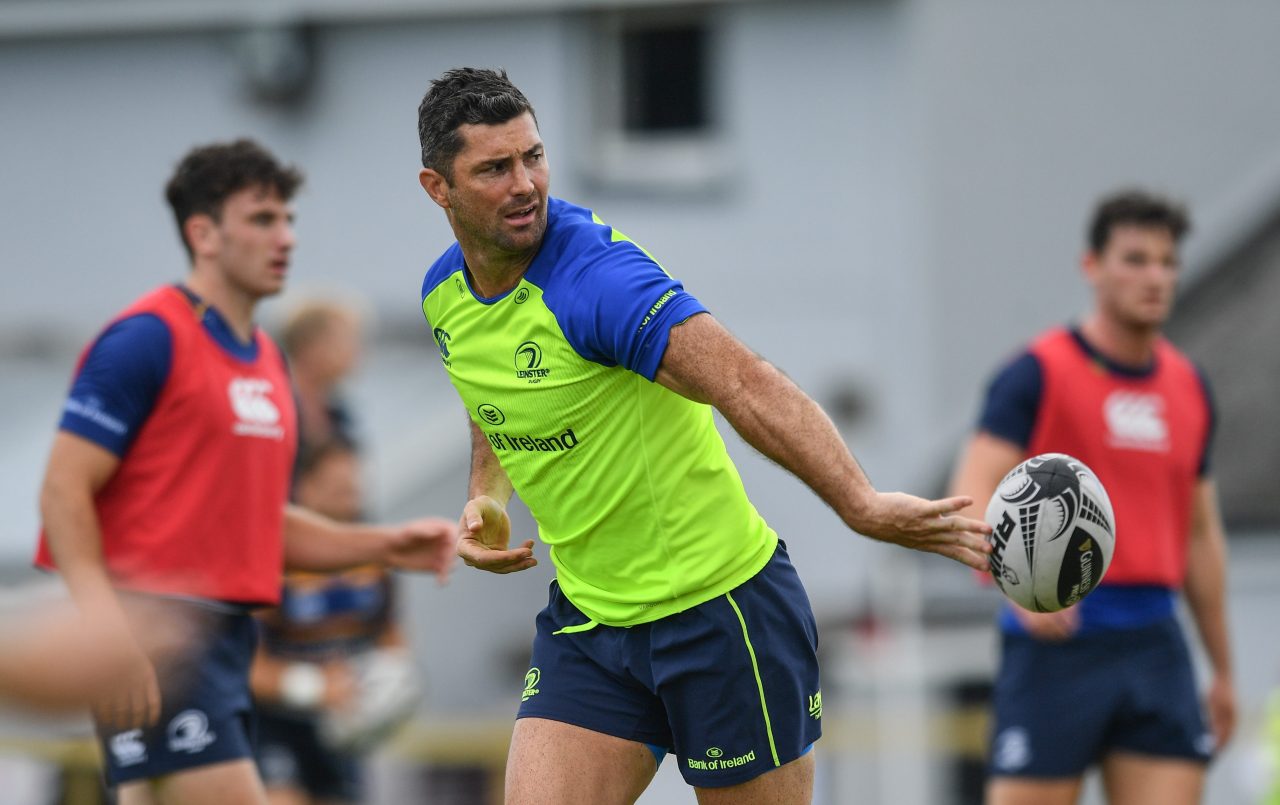 There is a welcome return from injury for a number of players including Rob Kearney, Dave Kearney, Jordi Murphy and Fergus McFadden while new signing Scott Fardy will make his first appearance in Leinster blue.

However Cullen unfortunately confirmed that Tom Daly had suffered an ACL injury to his right knee against Perpignan last Friday and would as a result undergo surgery ahead of a lengthy rehabilitation programme.

In team news, Rob Kearney – who last played for Leinster in January against Castres in the Champions Cup – lines out at full back with Hugo Keenan on the right wing and his brother Dave on the left. Dave was similarly hampered by injuries last season and only made eight appearances for Leinster.

In the centre captain Isa Nacewa will line out in the number 12 jersey with Jimmy O’Brien outside him, while Jamison Gibson-Park and Ross Byrne form the half back pairing.

In the pack Peter Dooley, Bryan Byrne and Michael Bent start in the front row. Byrne scored a try in last weekend’s loss to Perpignan.

St. Mary’s man Ian Nagle starts in the second row with new signing Scott Fardy beside him. Fardy played 97 times for the Brumbies in Super Rugby and represented Australia on 39 occasions.

The back row sees a very welcome return for Jordi Murphy at openside. The Lansdowne man last played in the Irish win against the All Blacks in Chicago last November but having scored an early try went off with an ACL injury which would ultimately end his season.

He is joined by Josh Murphy at blindside and Max Deegan at number eight.

Cullen has opted for an extended squad of 30 for the game on Friday evening with tickets still on sale for the 7.30pm kick off in St. Mary’s College RFC.